Home Publications The theatre begins with a hanger, and the museum …

The theatre begins with a hanger, and the museum … 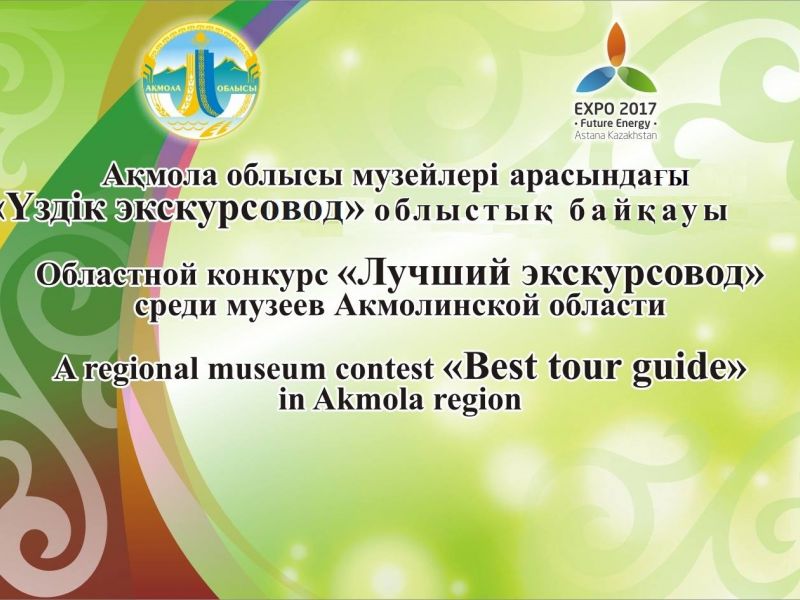 If the theatre begins with a hanger, then no doubt, the museum begins with a guide. The guide was one of the first who met me at the entrance to the museum and much depends on his skill. A good guide can conduct a magnificent excursion even of the most modest exhibition. He not only filled it with unique information and drew my attention to curious facts, but also gave a piece of personal charm, created an atmosphere of complicity and interest. It was he who formed my interest in the historical and cultural heritage.

In Kokshetau, the regional contest "The Best Guide" was held among the museums of Akmola region, which was held on the eve of EXPO-2017 and within the framework of the Roadmap for the development of museums and museums-reserves for 2017-2018. The initiator was the department of culture of Akmola region. 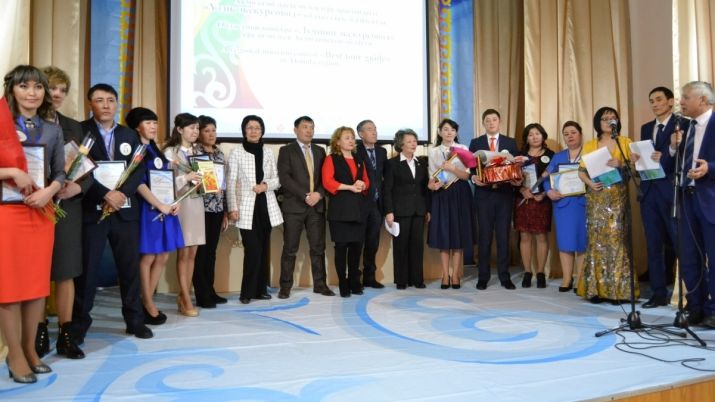 Demonstrate their portfolio, conduct an excursion of the virtual exhibition and draw the hall with their erudition, charisma and professional skills - this task faced the contestants. With the opening of the contest, participants were congratulated by the deputy head of the regional department of culture of the region Gulmira Beknazarova. According to her, the contest was organized with the aim of activating the educational work of museums, improving the efficiency and quality of excursion services, and enhancing the prestige of the museum profession.

And the Head of the Tourism Department of Akmola region Shynarbek Batyrkhanov noted the importance of such contests:

"Today the issue of the qualifications of our guides is more relevant than ever, because this summer the International Exhibition "EXPO-2017" will open, which means that there will be many guests in the region, including the foreigners. It's an uneasy task to show the tourists our region in all its glory, first of all, for the workers of the museum complexes of the region," 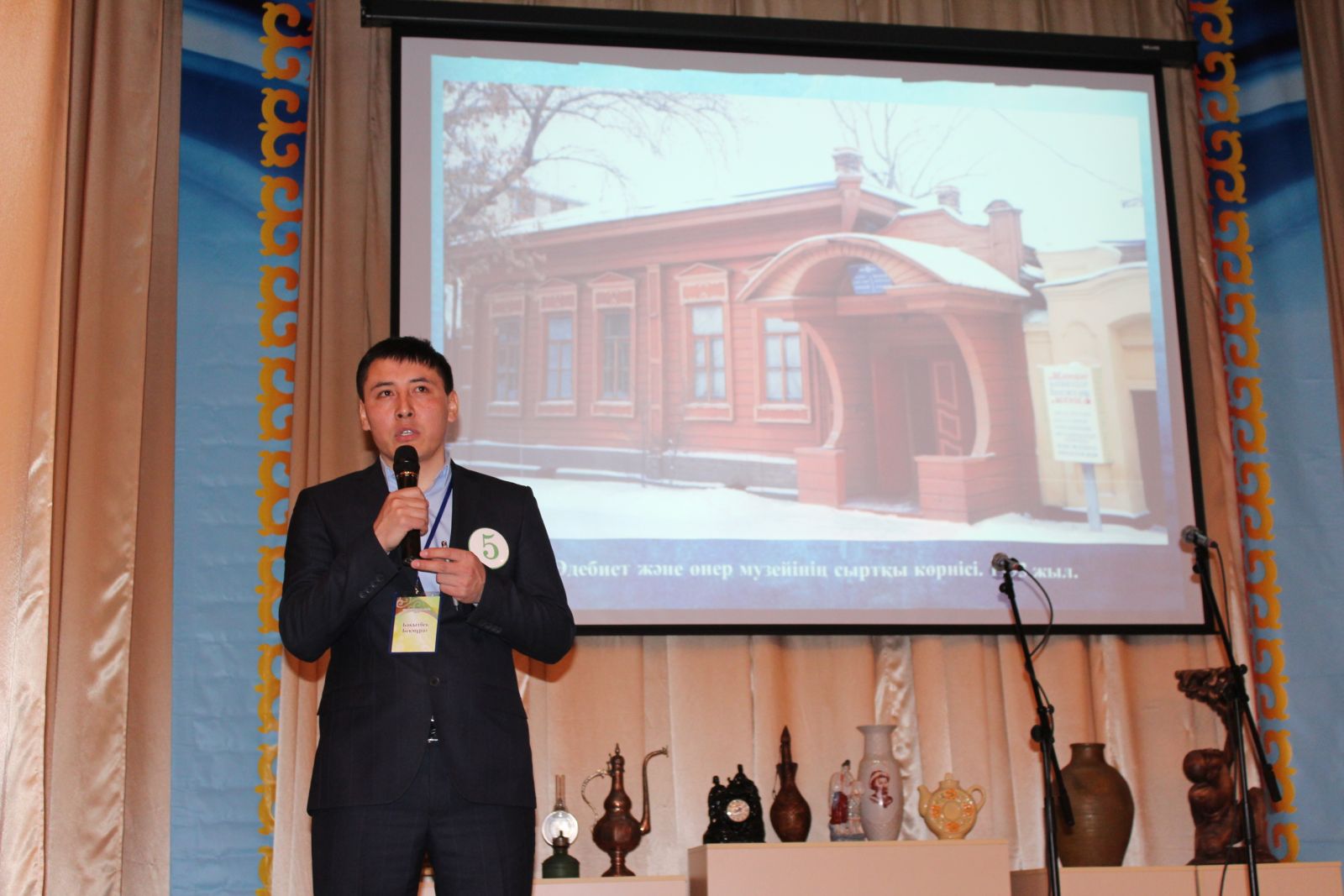 There were four exciting tours, in which participants - representatives of nine museums of the region, tried to show themselves. They conducted virtual tours for museum visitors, where they work. And then showed the wonders of creativity, extemporary describing the ancient objects that they got after the draw. Also, to the jury, museum staff presented their portfolio, where they collected brief information about themselves. 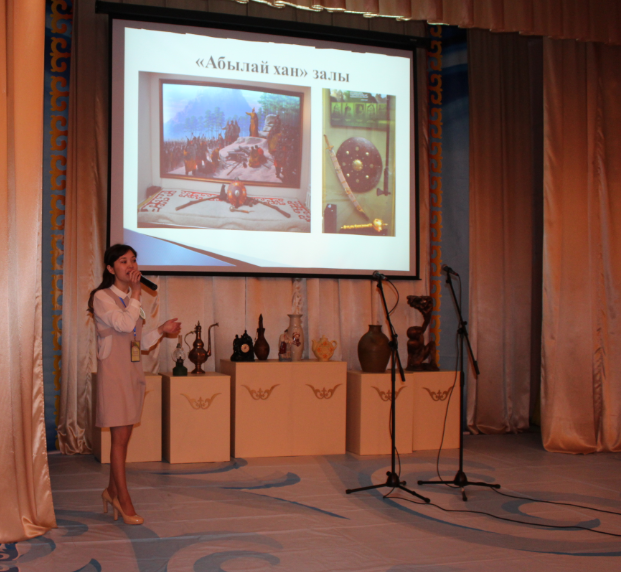 As a result, the best guide was the worker of the Literary Museum named after I. Esenberlin of Atbasar city, Kuralay Dzhakupova. The second place was won by the employee of the Museum named after M. Gabdullin of Kokshetau city, Abzal Baltabayev and the third became Assem Seytova from the Regional Museum of Local History.

As the organizers noted, the winners will take part in the republican contest. 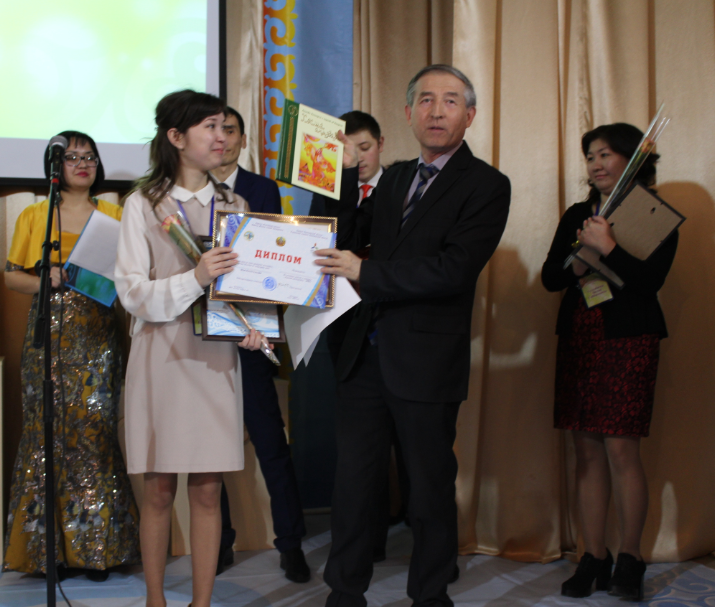 Encouraging prizes - books entitled "Legends of Kokshetau" from the Tourism Department were received by another representative of the Regional Museum of Local History Ayganym Zarlykova and the guide of the Museum and memorial complex of victims of political repressions and totalitarianism "ALZHIR" from Tselinograd district Anar Khassenova.

There is very little time left for the International Exhibition EXPO-2017. In the Akmola region, active work is underway to improve the skills of professional guides; they will become the conductors of our culture for foreign guests. 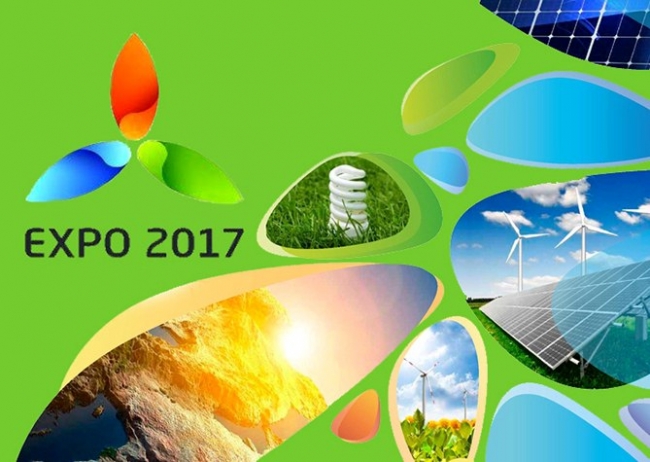 Last week, the Tourism Department of Akmola region held a training seminar for guides for the "EXPO".

According to the head of the Tourism Department of Akmola region Shynarbek Batyrkhanov, the main goal of the event was to determine the level of preparedness of guides who had previously passed courses on the methodology of excursions.

During the seminar, they received methodological recommendations on the conduct and techniques of the excursion. The main aspects of the presented methodological recommendations were the systematic mastery of the basis of the psychological and communicative culture of the guide's speech, the requirements for his language, style of presentation, possession of such personal qualities as oratory, ability to own the audience. Drawing up a correct and interesting excursion route, its detour (bypass) and preparation, mastering the technique of the excursion, historical knowledge that serves as the basis for the excursion, the ability to find contact with people during the excursion. All this is an important condition for the successful conduct of the excursion program in general.