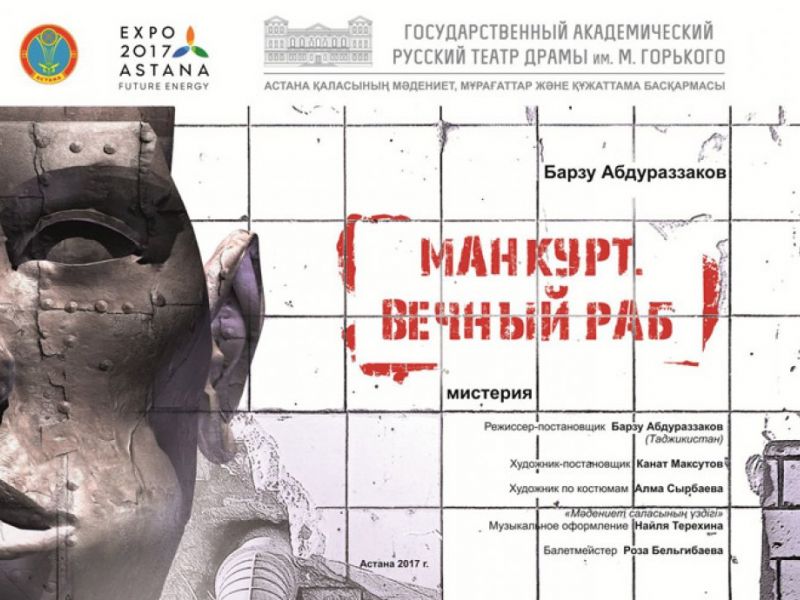 Do you know that the loss of God leads to mankurtism? "Mankurt. Eternal slave" play is dedicated to what happens to a person when he loses his Creator

In Astana in the State Academic Russian Drama Theater named after M. Gorky premiere of the play "Mankurt. Eternal slave" was held, created in the framework of the State Program to Combat Religious Extremism and Terrorism. The author of the play is the famous director Barzu Abdurazzakov (Tajikistan).

State Academic Russian Drama Theater named after M. Gorky prepared for his audience a premiere, stunning imagination, capable of turning the worldview and opening one's eyes to what had previously eluded attention.

Bold scenographic decision, original costumes and unconventional music design continue the idea laid by the author - the study of the reasons that make free-thinking people turn into blind performers of another's will, into the deadly weapon of criminals - slaves, zombies and Mankurts.

Seydakhmet Kuttykadam shared his vision of the play - a well-known journalist and writer, public figure, member of the Kazakhstan Pen Club, editor in chief of the magazine "Mysl". 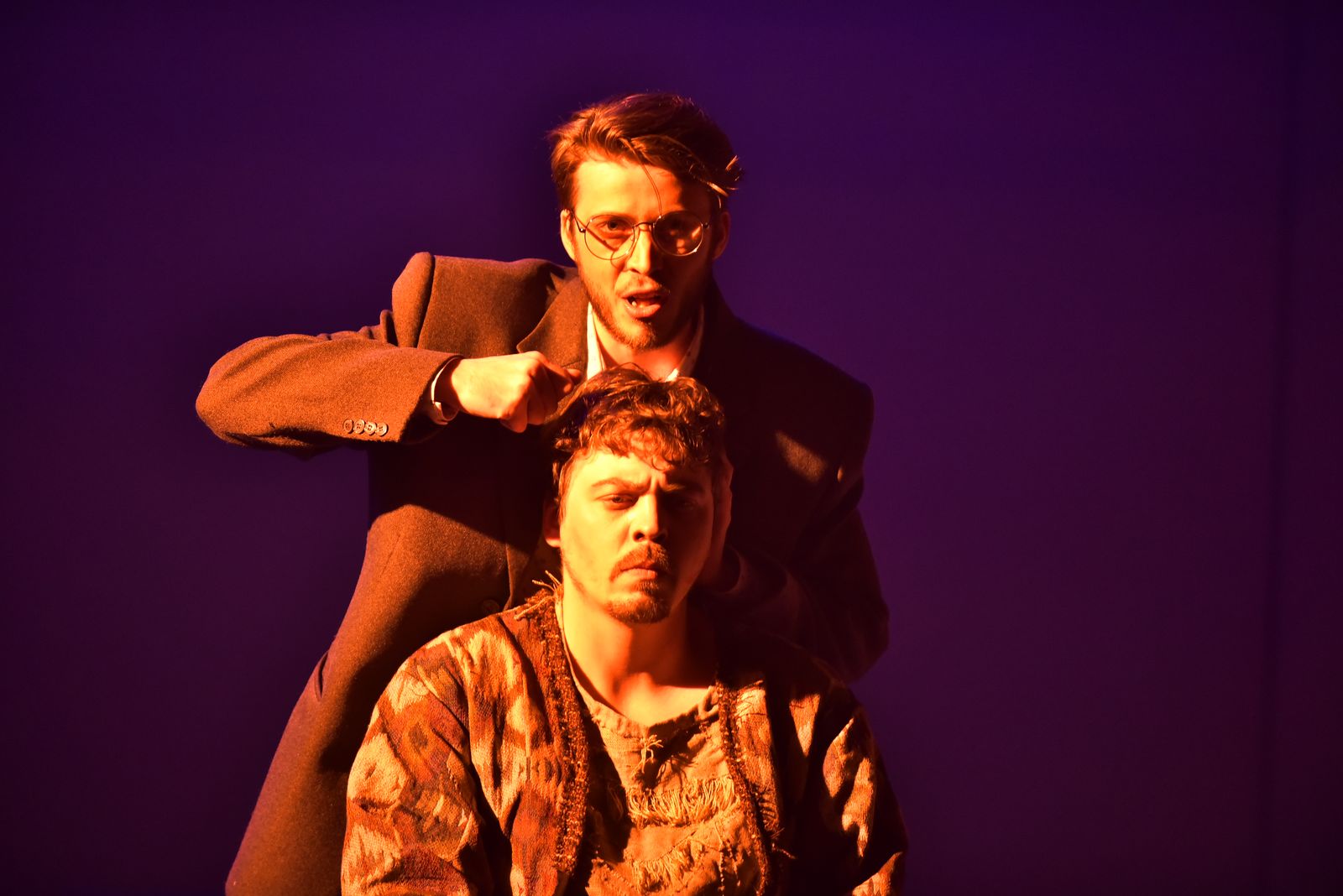 - Seydakhmet Ryskhodzhaevich, could you tell us what your first impressions after watching the performance were?

- Satisfaction, from the fact that there are still artists who are worried about the serious ontological problems of life, death, spirit, freedom and bondage. This parable of spiritual slavery in this era of loss of cultural landmarks and pervasive consumer psychology is very important.

- What do you think about the decision of the director to combine several literary works?

- At first, it seemed to me that Barzu Abdurazzakov had taken up the impossibly difficult task of uniting in one play absolutely different epochs, different cultures, different artists and different literary trends. There was a fear that some kind of eclectic and indigestible mixture would turn out. But the director was able to find in all of them an eternal, unchanging and unifying idea, consisting in the question: what is man? A symphony was produced, where each work has its own tonality: here is Erofeeff's tragic character, Shakespeare's edification and Schwartz's grotesque, but framing the canvas of the first part is Camus's "Siege position" with its existentialism, and the second is Aitmatov's "Buranny halftone" with its symbolism. The natural rails due to the secondary wings, directed directly into the auditorium and an invisible sinister comet, rushing towards us, make the spectators co-participants of the events taking place on the stage. 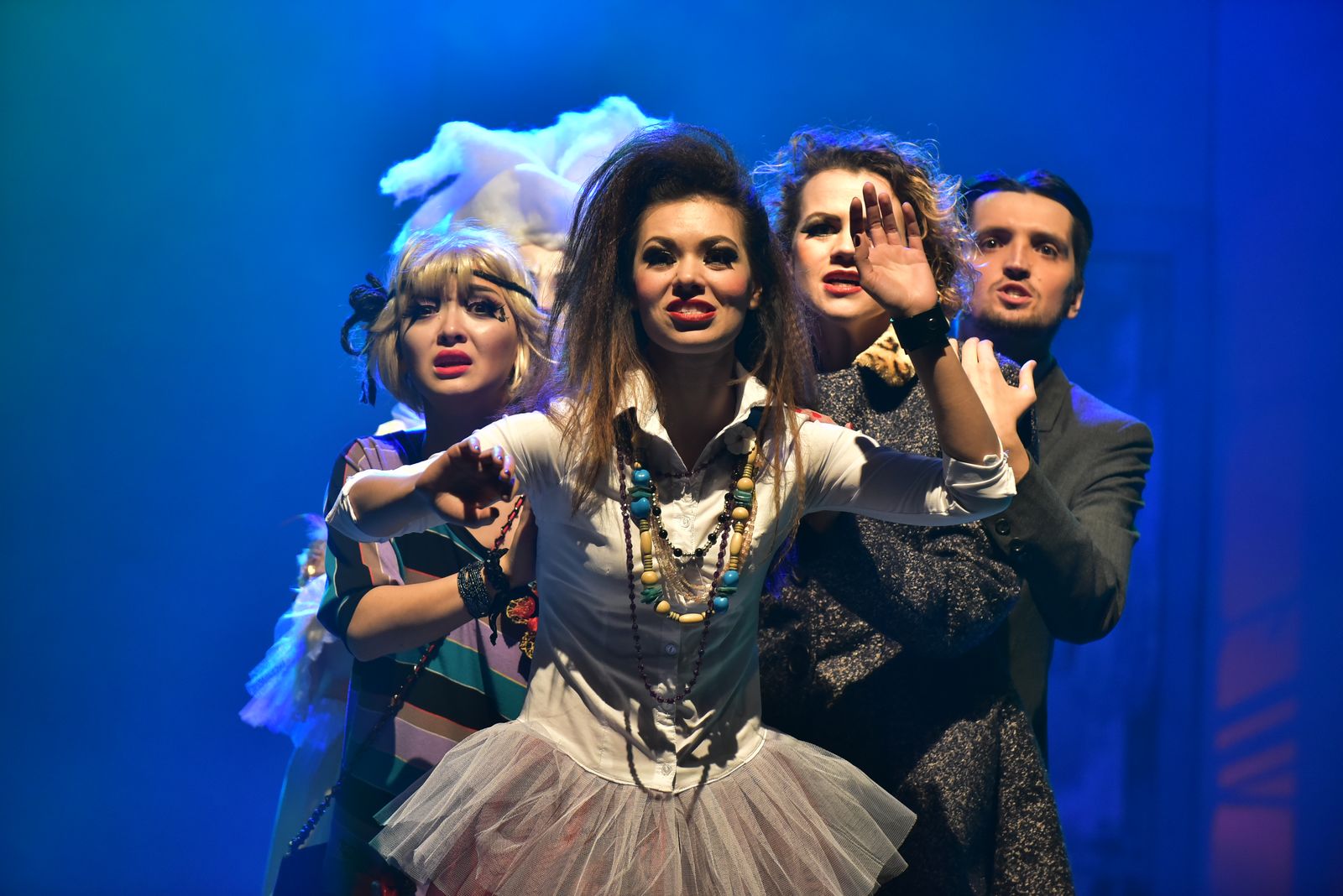 - How different do you think the two parts of the "Mankurt" differ from each other and how much do they complement each other?

- For a full understanding of the artist's intention, this performance should be watched at least three times. But at first impression, the first part can be called existential - edifying, and the second - expressive-symbolic and they harmoniously complement each other.

- What did you see in the images of each hero? Perhaps you learned in them any literary heroes? Except, of course, Mankurt himself and Naiman-Ana.

- In the play we see a gallery of social symbols, where each person represents a certain image. Here: the dictator, the clown, the clerk, the servant, the sycophant, the heliport, the idealist ... The image of the Emperor seemed to me interesting - it was Benito Mussolini's mix and dictators from Latin American literature, the image of an official is colorful and authentic. It is unusual for a natural demonstration of the influence of mass media controlled by the dictatorship in the form of leaflets covering the land. 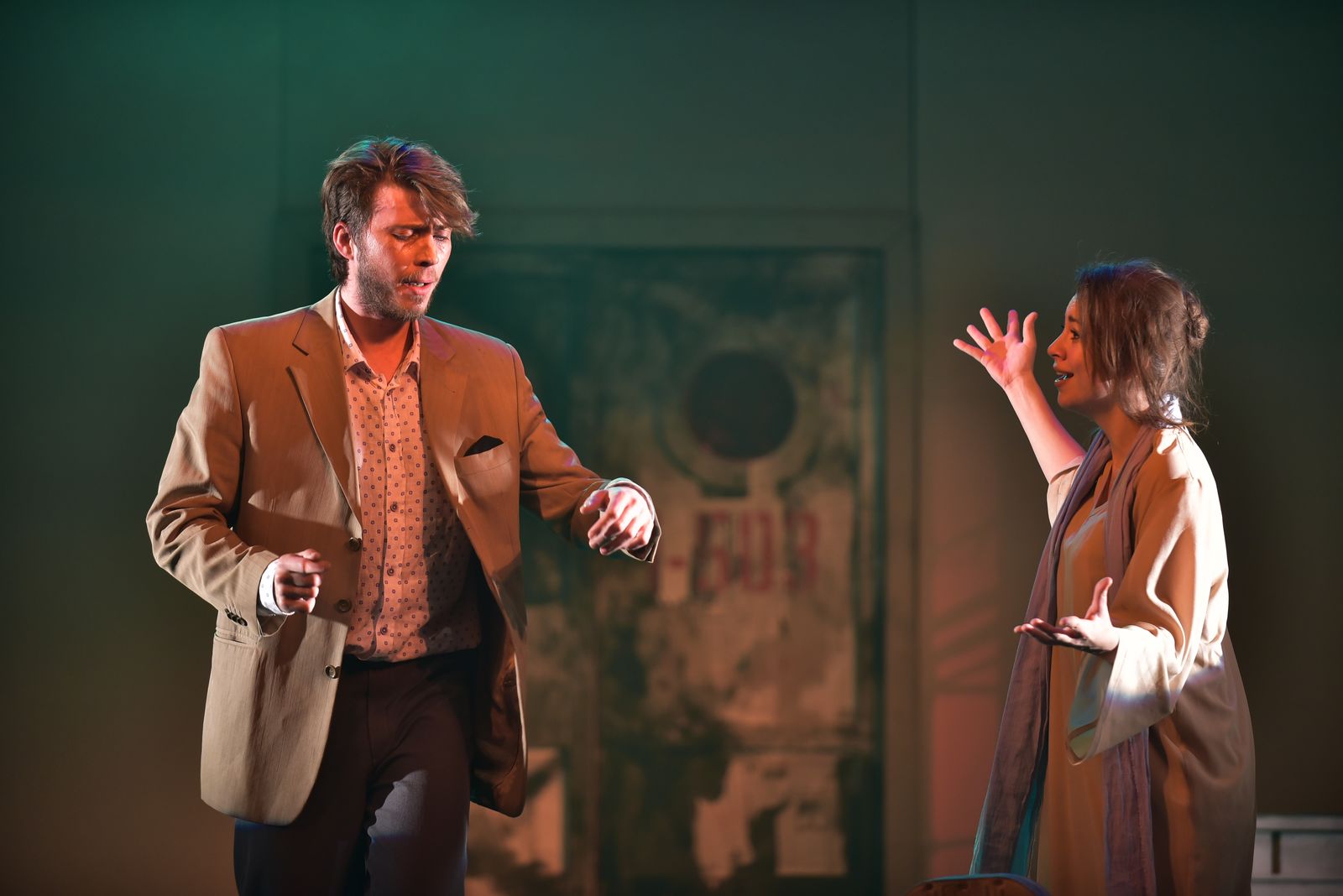 - If you consider the performance from a historical point of view, what did you see in it?

- This performance is beyond time and space, it describes eternal problems, and every spectator in every country can see in it their circumstances and their "heroes". The widespread powerlessness of the authorities, the breakdown of social ties, the loss of a person ... But, as Camus said: "There is one flaw in the mechanism of this power - it's enough for a person to overcome fear, rebel and then the car will squeak."

- How much did the director manage to uncover the topic of religious extremism and terrorism?

- Like any deep artistic work, the script of this performance is multi-layered. And one of its important topics is the threat of religious extremism and terrorism. We see here a description of "technologies" of zombies that are used in extremist and terrorist organizations, from assassins in the Middle Ages and yakuza in the 17th century, to the Taliban, some religious sects, IGIL fighters and others in our time. This is a serious warning for everyone - terrorist and extremist organizations have become a global threat. And with it you have to fight in rudiment - this is confirmed by the play. 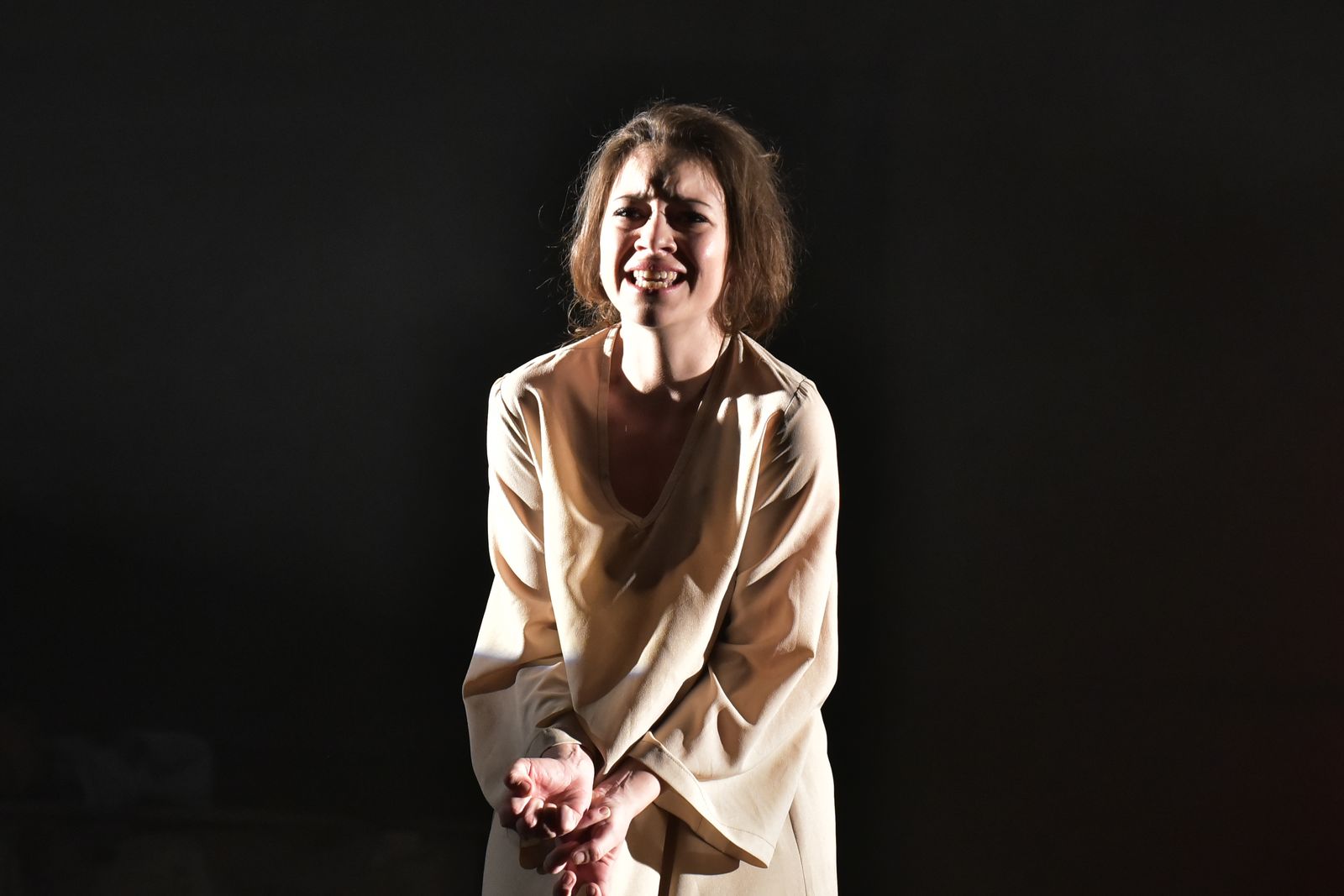 - Who is the mankurt for you? Do you immediately remember the hero of Aitmatov's novel or do you have your own idea about the mankurt?

- Chingiz Aitmatov gave an amazing image of the mankurt. His "camel skin" is comparable in its symbolic meaning to Balzac's "shagreen skin," their difference is that the former presses from the outside, and the second is reduced because of internal passions. For me, "mankurt" is a person who: 1. Does not read books of spiritual and cultural content, does not know how to distinguish good from evil, does not think about the meaning of his life and does not benefit society; 2. In pursuit of the "golden calf" forgets everything: honor, soul, motherland, mother ... 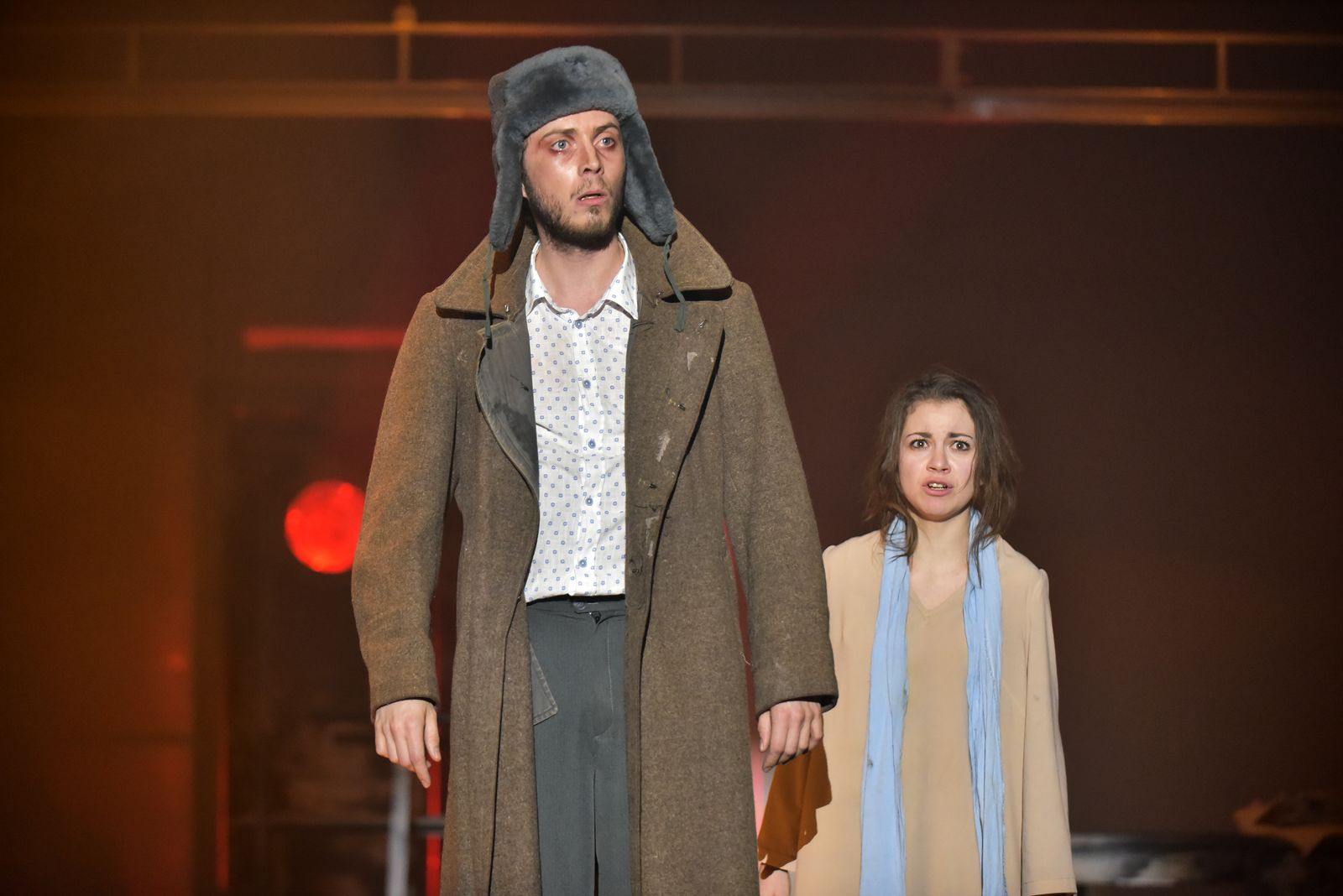 - How can we overcome the hostile influence of mankurtism on youth? Of course, we are talking about the tragedy of slavish subordination to someone else's influence, but what other ways can we warn potential victims?

- This is one of the most complex modern social problems. Of course, young people have their own specifics, but it is an integral part of the society. Therefore, first of all, honest and equal rules of the game must be established in society. And young people need to be educated in the love of spirituality, their roots and their country, not so much a shaking of the air, but a personal example of the powers that be, the rulers of doom and parents. 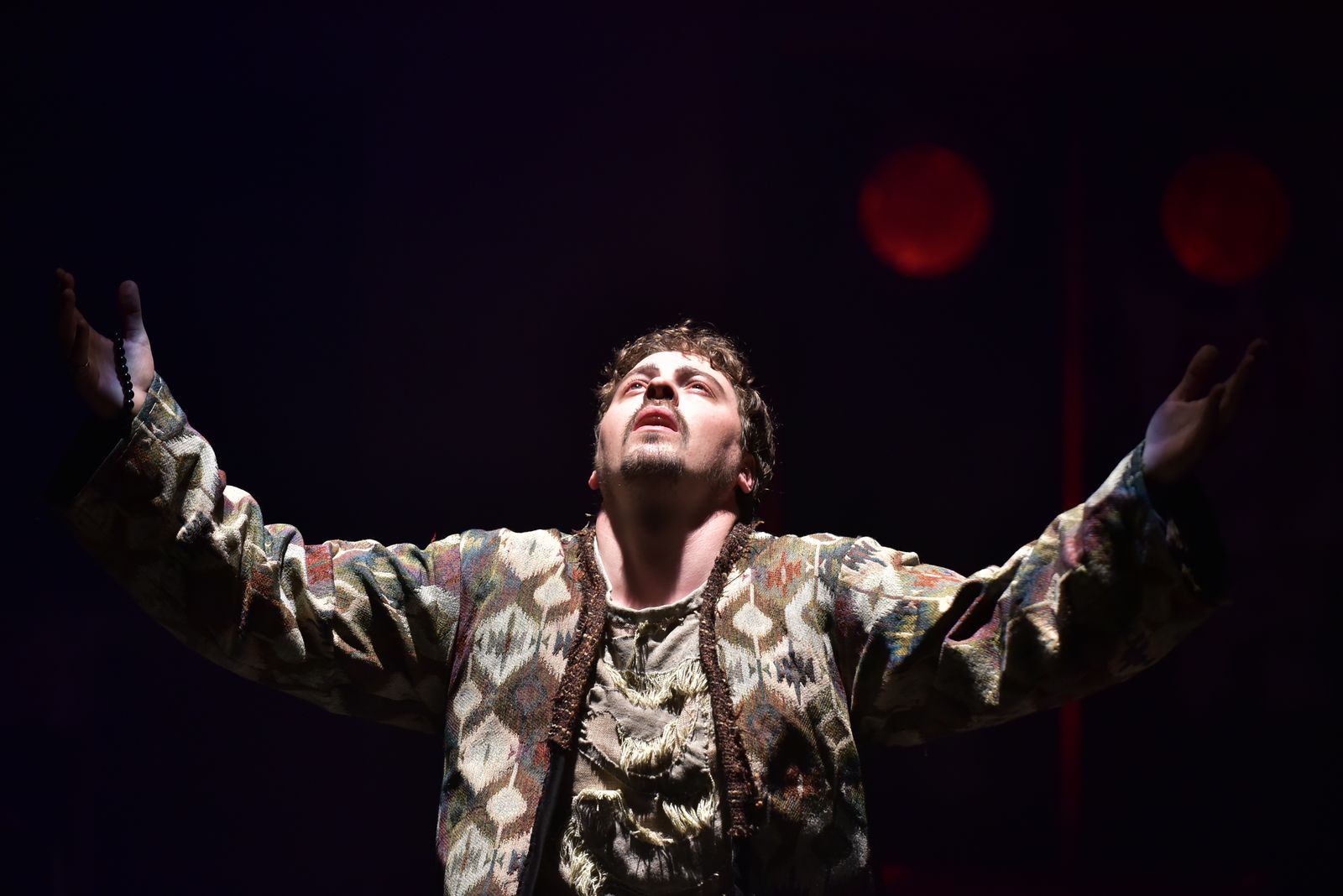 - And the last question: the favorite moment in the play?

- Of course, the final scene with an appeal to the audience: "Remember your name!" Remember that you are a man - the creation of God! Barzu Abdurazzakov created a humanistic work that calls people to spirituality, to respect their roots and the Fatherland, and thank the Gorky Theater for its staging!

- Thank you very much for the interview! 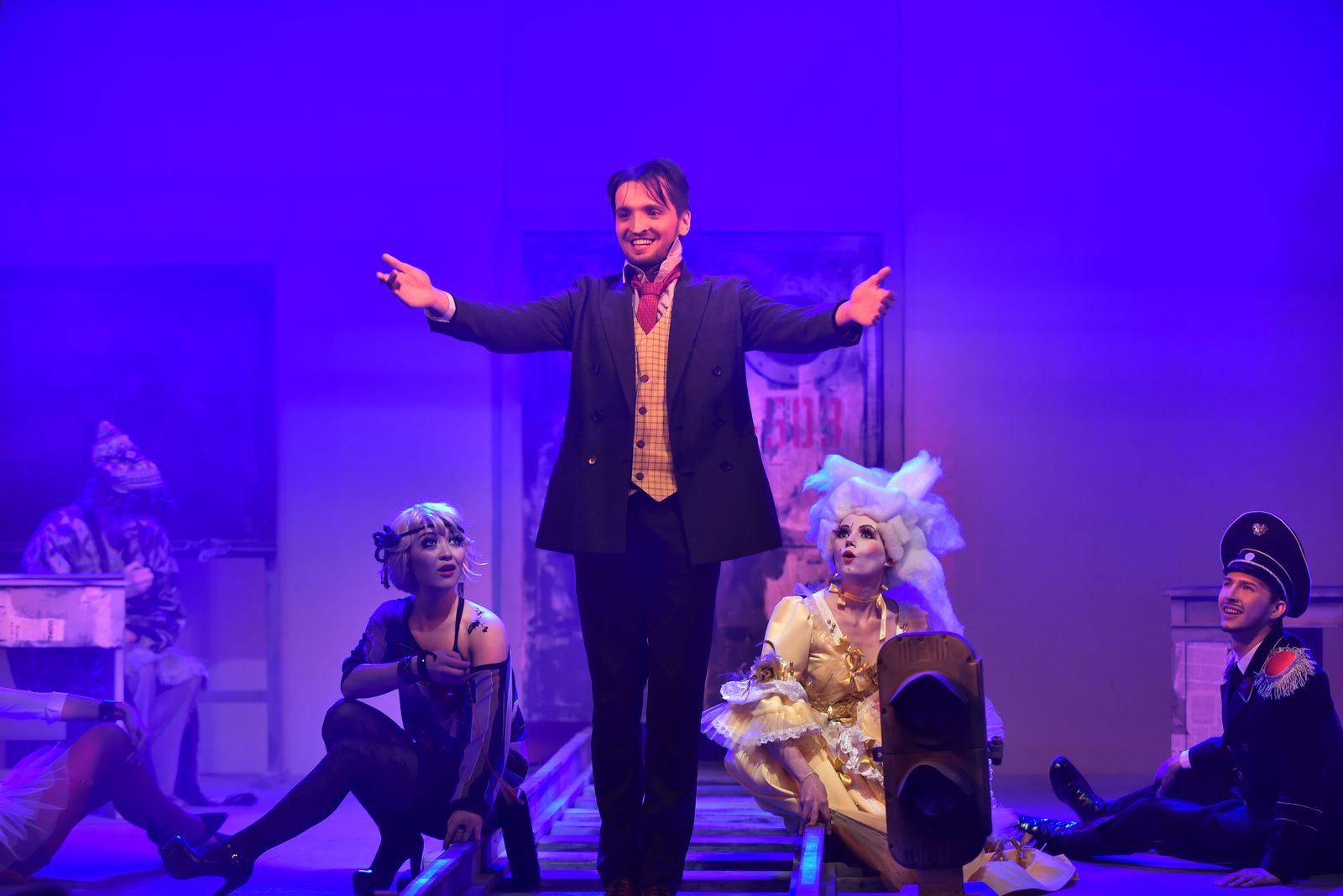 Let us recall that the Turkic legend tells about the mankurt, which was popularized by Chingiz Aitmatov in the novel "And the day lasts for more than a century". It deals with how a person is turned into a soulless slave creature, completely subordinate to the master and not remembering anything from a past life. In a figurative sense, the word "mankurt" is used to refer to a person who has lost touch with his roots, who has forgotten about his relationship.