Why did Kazakhs kill Kondyurin? 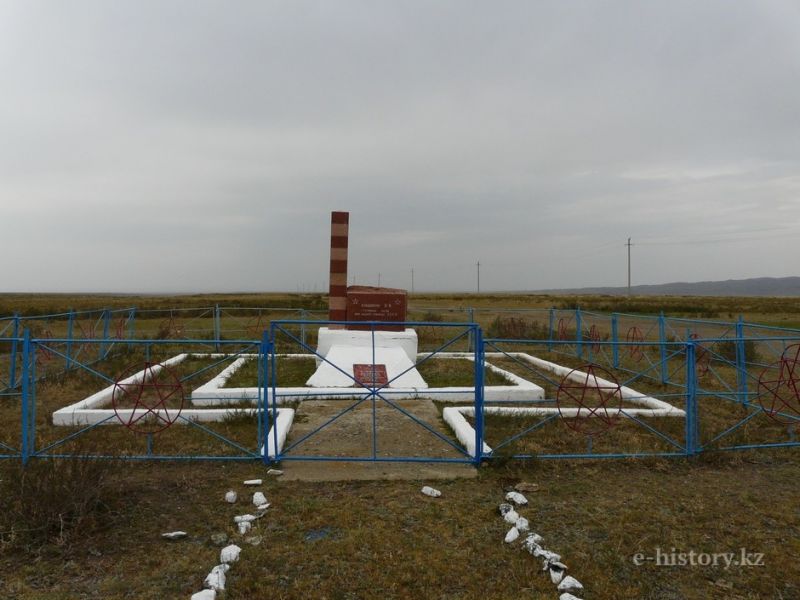 The mountain Tarbagatay stretching on the crater  Zaysan that is on the southern shore of the Great Irtysh – the second after the location of Karatau which divided tragic days together with Kazakhs. The tops of these mountains saw sufferings of the nomadic people, on their paths there left the tracks of bloody tears of the great nation. 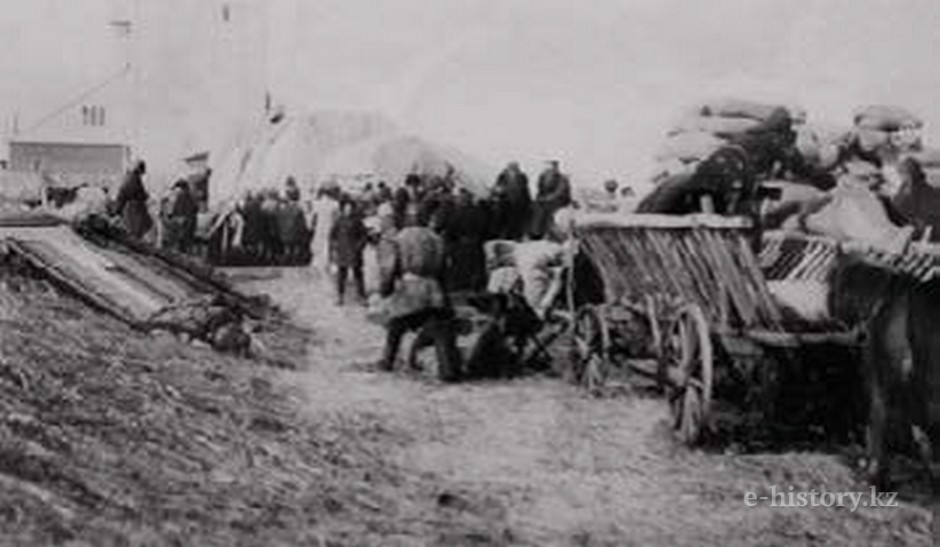 Popular journalist Beken Kairatuly systematically represents to readers the materials on the history of colonization. “Professor of the Columbian university L.Park who studied the process of the enforcement  to the settlement and confiscation , wrote: “Coming to power, the Soviet government subjected Muslim people to political discrimination.     Their property, lands and divided among Russian settlers. With the clause “Enforcement of all the Kazakhs to the settled way of life” was set the slave regime. Indeed, Kazakhs were made dependent on Russian peasants”. (Bolshevizm in Turkestan, 1917-1927 years) 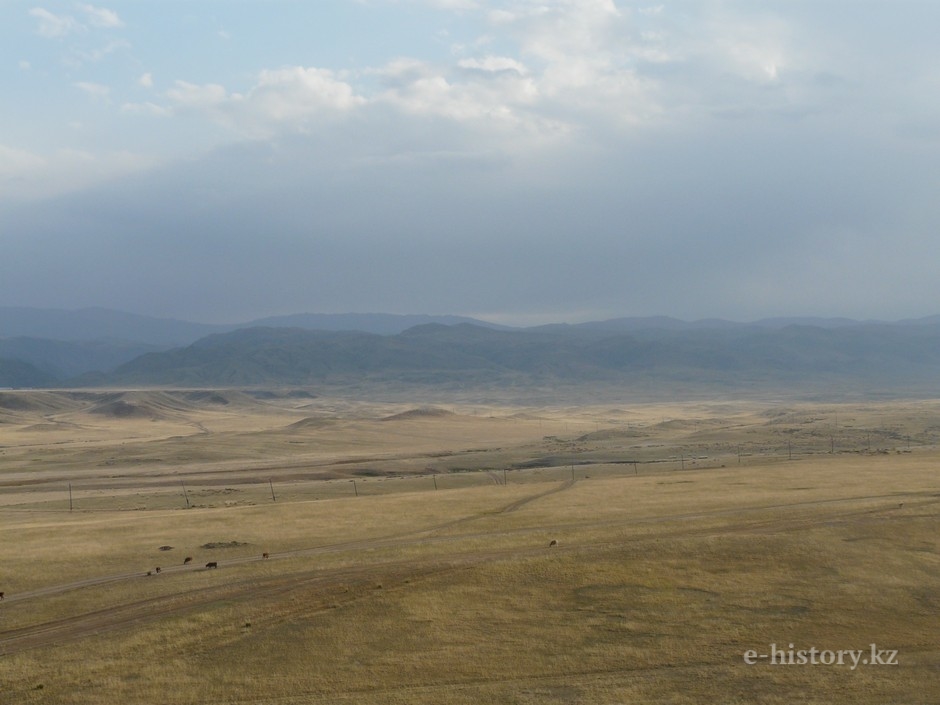 Kazakhstan Soviet historian Grigory Fedorovich Dakhshleiger (1919-1983) supposed that mass collectivization and demolition of bays as the social group brought to the national disaster. Added fuel to the fire the appointment of I.Goloshekin as the head of the republic. He signed the special order in which the principle prevailed: “All the local bays-kulaks adherent to feudal points of view and speaking out against “sovetization” of auls have to be given away to persecution”. The process of confiscation in Kazakhstan in comparison with other republics was conducted intensely. 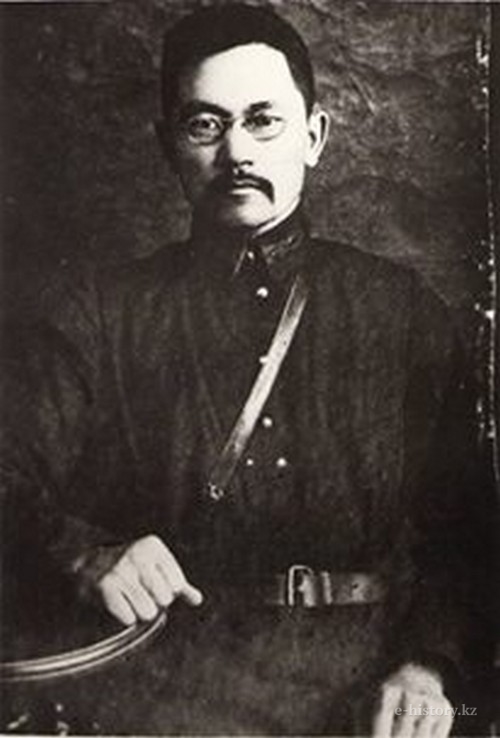 In 1928-1929 years the confiscation of property covered 696 bays. For the population of Tarbagatay it was hard, they lived near the border where it was no railways. They existed thanks to that they kept cattle. In continuation of the confiscation  came Holodomor. Because of the harsh politics people had to leave native land and cross another side of the border – to Eastern Turkestan.

With this decision the thunders above heads of the settlers did not dissipate. In the transition on the mountain range Khabarasu they were awaited by the soldiers of the Red army under the command of Vasily Kondyurin.

Red Army soldiers were shooting from the gun all who tried to cross the border. Executing the order they relentlessly were shooting women and children. Meanwhile, the name of that Kondyurin is still kept in the list of honored people of our country.

Who shot the blood-sucker Kondyurin? In the book “Aksuat. Kunarly topyrak, kuderetti urpak”, - “Aksuat. Fertile land and  mighty ancestors”  was conducted the conversation of the famous poet Kalikhan Altynbayev and journalist Yergali Zhumakhan:   “Commander of the troop of frontier post Kondyurin was a pitiless and mean person. Without any charge or trial he shot people who tried to cross the border. Not simply shot.

He placed the corpses one on another, sat on them and calmly had a smoke. The special heartlessness he expressed towards women and girls. He made border patrols within sight of parents and husbands to rape them. The wretched character of the commander  ruined him himself”. Three Kazakh fellows  took a risk and drew him out alone and slaughtered. One of three fellows Abish Sharipov lived till our days. The  descendant  from the tribe of Kyrzhy he came to the sovkhoz Sulutal in 1919. “He is sharp 92. The posture is straight. The life history of Abish is worthy the whole novel. Before the time when they killed Kondyurin, he escaped from Kondyurin prison. Upon the arrival at Kyzyltas by frightening the Red commissar Kenesary Bakin he took from him the extra pistol.

After the murder of Kondyurin he ran to Altay Territory. He changed his surname there and took a new document. From there he went to the front”. All of that was written in abovementioned book. 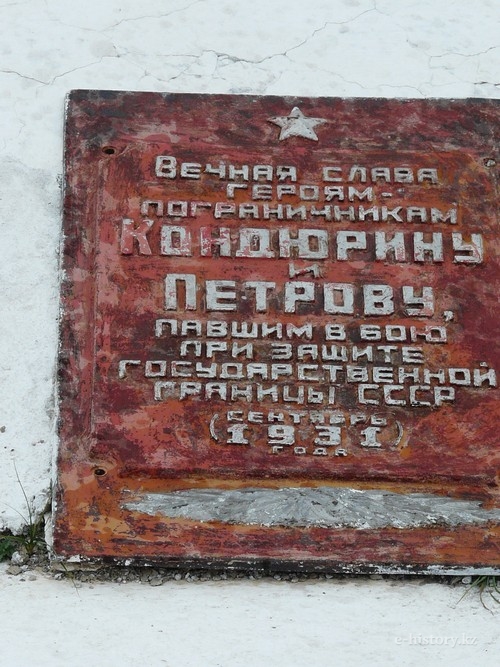 Now it is necessary to tell about the Red commissar, first militiaman of Tarbagatay location Kenesary Bakin. Notwithstanding the fact that he worked at the NKVD he was very   person, who helped to Kazakhs of Tarbagatay, Zaisan, Makanchi, Aksaut, Kokpekti in the years of the Holodomor to move to China. Among people there is the expression “If to say that Kenesary is coming even the crying child calms down”. The frontier post of Zaisan troop still bears the name of Vasily Kondyurin.

About that say local and republican media. The well-known lawyer Isa Mombayev published the article under the name “The frontier post does not have to be called by the name of bloody thug”. In fact, there is no united accomplishment thanks to which his name could stay in the Kazakh history. The day of his death – 8 June 1931. The author of the article is embraced by the indignation on that the name of Kondyurin is pronounced along with the names of our noble heroes. Till now the young generation does not properly know that truth. Our aim is to disclose the historical truth, research the events of those days in detail, to carry out the documental confirmation on the participation of certain people in this occasion. And the main task is to reveal the names of other young men who killed Kondyurin.

Author of some photos: Aidyn Zhuniskhan