Home Publications The museum that has no analogues

The museum that has no analogues 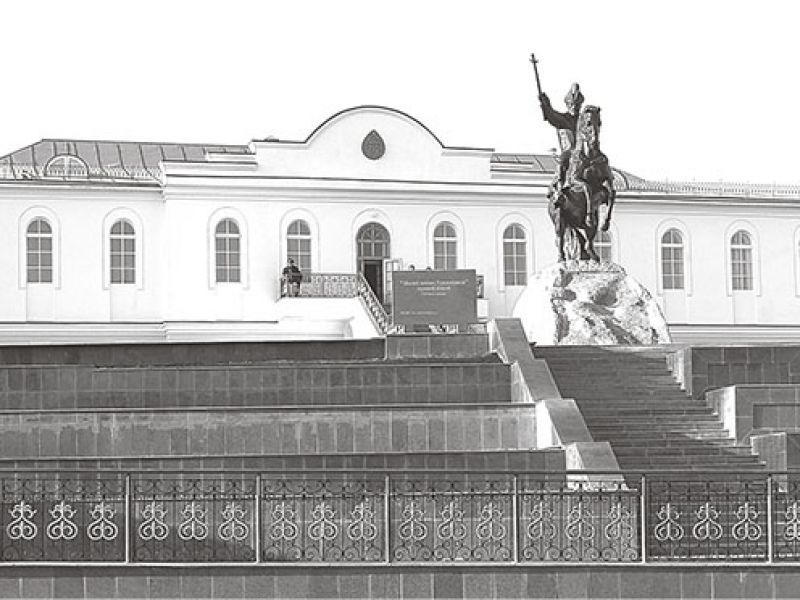 In the year of the 300th anniversary of Abylay Khan many visitors especially from across the country, near and far abroad come here.

In the year of the 300th anniversary of Abylay Khan many visitors especially from across the country, near and far abroad come here. They came here to touch again the live of great man, thanks to whom the Kazakh people have managed to preserve their national identity, customs, history and culture. Also to take with themselves and do not lose the idea to which he dedicate his entire life, the preservation of the unity and independence of the nation.

Museum complex «Abylay Khan’s Residence» cannot fail to surprise. This magnificent structure is a unique new type of museum that has no analogues in the country. The project on reconstruction and restoration of Khan’s residence implemented under the state program «Cultural Heritage. Taking into account the importance of Abylaja Khan’s individual and increased interest in the historical events of the past, here were examined documents about his life and work, taken from the central archives of Almaty, Moscow, St. Petersburg and Omsk. They told about the outstanding figures in the history of the Kazakh state, smart politics, competent diplomat and a talented military leader who ruled with honor Khanate, the unity of which he was able to recover.
His authority was very great. Abylay Khan was a major figure that determined the Russian-Kazakh relations and overall success of Russian policy in the East.

Chinese rulers recognized him as a Khan of all Kazakhs By word of mouth, from generation to generation, passed the story of how at the behest of Catherine II in the vicinity of the fortress of St. Peter’s, up the river Ishim in Yangistau Mountains in 1765 was built a large wooden house of Abylaj khan, intended for residence and resolution of conflict issues.
To revive this historical fact in the memory of future generations, the President of the Republic of Kazakhstan Nursultan Nazarbayev opened in 2008 the Museum complex «Abylay Khan’s Residence». The revived monument is a historic complex, which includes office, chambers Khan and house for guests. " Abylay’s White House " as it is called, tells about the life and work of the great khan, in its halls, visitors can get acquainted with the documents related to the era of Abylay’s reign, which gives an idea of its public activities aimed at preserving the independence and territorial integrity of the Kazakh land. Historical documents presented in the museum, objectively reflect the development of Kazakhstan-Russian relations. 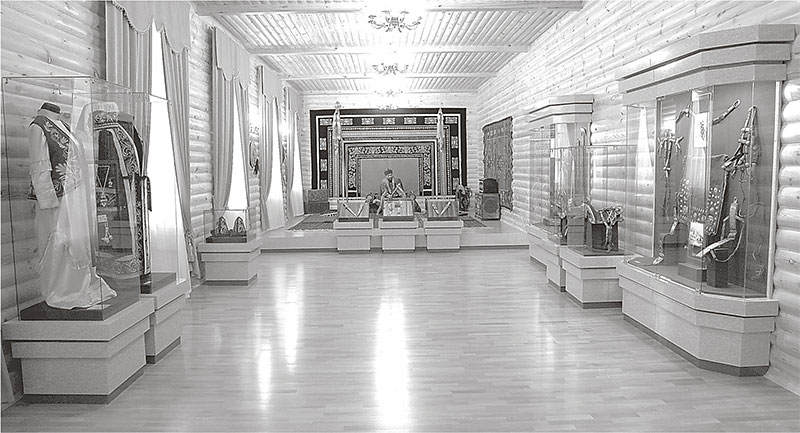 Descendants of the Great Khan’s companions, ordinary people did not forget about the existence of Abylay Khan’s residence. In the verses of poets mentioned about it.
Sabit Mukanov in his trilogy «The School of Life» wrote about «Abylay’s White House». In the report of the garrison of the fortress of St. Peter reported on the construction of «Abylay’s bedrooms». Decrees, reports, letters from the archives signed by senior officials of the Russian Empire and are now represented in the halls of «Abylay Khan’s Residence» irrefutable evidence of the great political weight of Abylay Khan at a time when Russia and China fought for influence over the vast territory of Asia.

Hero Abilmazhinov, the head of the history of the museum complex «Abylay Khan’s Residence," says:
— Every year the museum’s external relations are growing. It was witnessed by the exhibition, brought by experts of museum «Azret-Sultan in Turkestan and exposed in the walls of the museum complex throughout the summer. Also the relationship with Russian archives and museums has been formed. The first part of documents from historical archives of Omsk city is already received.
In June of this year, the museum complex was visited by Asylkhan Ashimhanov, the descendant of Kenesary Khan. He shared copies of interesting documents that shed light on genealogy of Genghis Khan’s descendants.

This summer during the preparation for the celebration of the 300th anniversary of Abylay Khan at the museum complex was organized a scientific-practical conference, guests and participants of which were leading researchers of Abylay Khan’s heritage and historians of the region. As well as well-known scholar of Kokshetau State University, Doctor of Historical Sciences Professor Kadyrzhan Kabidenuly Abuev visited the conference. Especially for the conference has been designed and installed the exhibition «Tauelsizdik tuyn biіk kotergen — Abylay Khan» («Тәуелсіздік туын биік көтерген — Абылай хан»), whose task was reflection of relationship Abylay Khan’s heritage and its projection on the Kazakh modernity, holding historical parallels.

At the exhibition was shown Abylay Khan’s the genealogical tree, which is the work of eminent educator and scholar of the Kazakh people Shokan Ualikhanov, who was the descendant of the great Khan. It demonstrates a traditional ritual «rising on white rug», which means the recognition of the ruler as the Khan of all Kazakhs. It reveals positive changes in the Kazakh Khanate during the reign of Abylay Khan, as in the foreign as well as in domestic and social plans. Demonstration of his monument, which represents gratitude of descendants to the great son of the Kazakh people, is very symbolic. And allocation of Constitutional dictum, proves that Abylay continues to live in the hearts and minds of nowadays’ generation.

Today doors of Abylay Khan’s Residences in Petropavlovsk are open to everyone. Frequent guests of the complex are the students, for them it is a great opportunity to learn the country’s history.