Home Publications Presentation of the book ‘Zhambyl. A Poet of the Great Steppe’

Presentation of the book ‘Zhambyl. A Poet of the Great Steppe’ 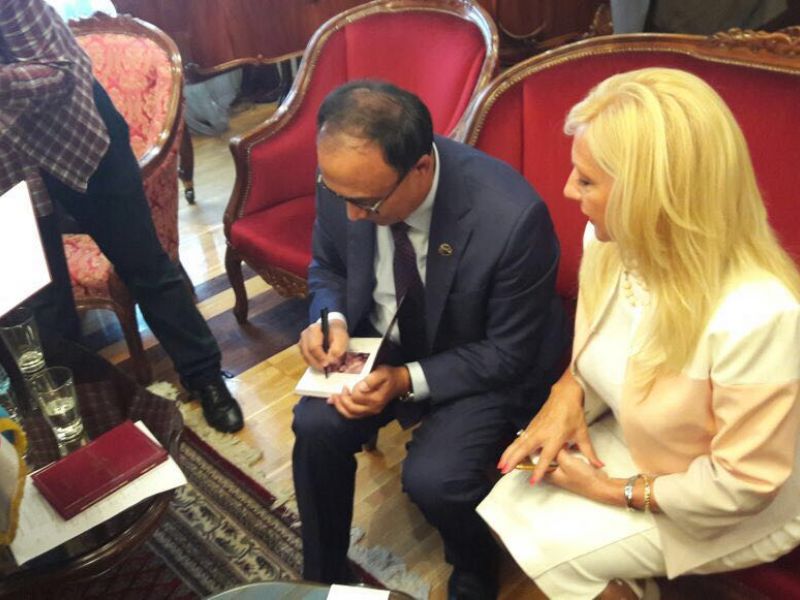 Today, a presentation of the book ‘Zhambyl. A Poet of the Great Steppe’ in Serbian by rector of L.N.Gumilyov Eurasian National University Erlan Sydykov was held in Belgrade.

This event was held on the eve of the first official visit in history of Kazakh-Serbian relations of President of the Republic of Kazakhstan Nursultan Nazarbayev to Serbia.

The event, which was held with the support of the Embassy of the Republic of Kazakhstan in Hungary, was attended by Ministry of Culture and Information of Serbia, Serbian Writers Union, Belgrade community and representatives of diplomatic corps as well.

Professor of University of Belgrade Olga Markovic translated the book into Serbian.

The foreword to the book, written by President of the Republic of Kazakhstan Nursultan Nazarbayev reflects the special value of labor dedicated to the 70th anniversary of victory over fascism and 170th anniversary of the outstanding akyn Zhambyl Zhabayev.

The book represents the most complete biography of the great talented person, whose work entered into spiritual treasury of Kazakhstan. The edition consists of 3 parts: ‘Philosophy of steppe fights’, ‘Aesthetics of poetic tilt yards’, ‘Creator in the changed world’.

During the event, representatives of Serbian party said that such events give opportunity to understand culture and art of Kazakh people, to get acquainted with its tradition and culture better and deeper.

It was emphasized that, such activities undoubtedly contributes to the strengthening of cultural aspect between Kazakhstan and Serbia.