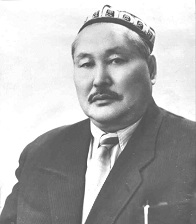 Сlassic of Kazakh literature, a poet, a social activist, an academic, and a head of the Writers' Union of Kazakhstan.

He is the author of several novels, such as Botagoz, Syrdaria, and the autobiographical trilogy School of life. Mukanov has studied the history and theory of literature, especially Kazakh literature of the 19th and 20th centuries, such as the works of Kazakh prose writers and poets Saken Seifullin, Mukhtar Auezov, Tair Zharokov, and Abdilda Tazhibayev. He also researched the scientific and literary heritage of Shokan Ualikhanov and Abay Qunanbayuli and was the first to expound the life and works of the great Kazakh poet Zhambyl Zhabayev. In 1974 his ethnographic work "National Heritage" was published posthumously, which included research about ancient folk traditions, shezhire, the economy and life of pre-revolutionary Kazakhs, and their material and spiritual life.