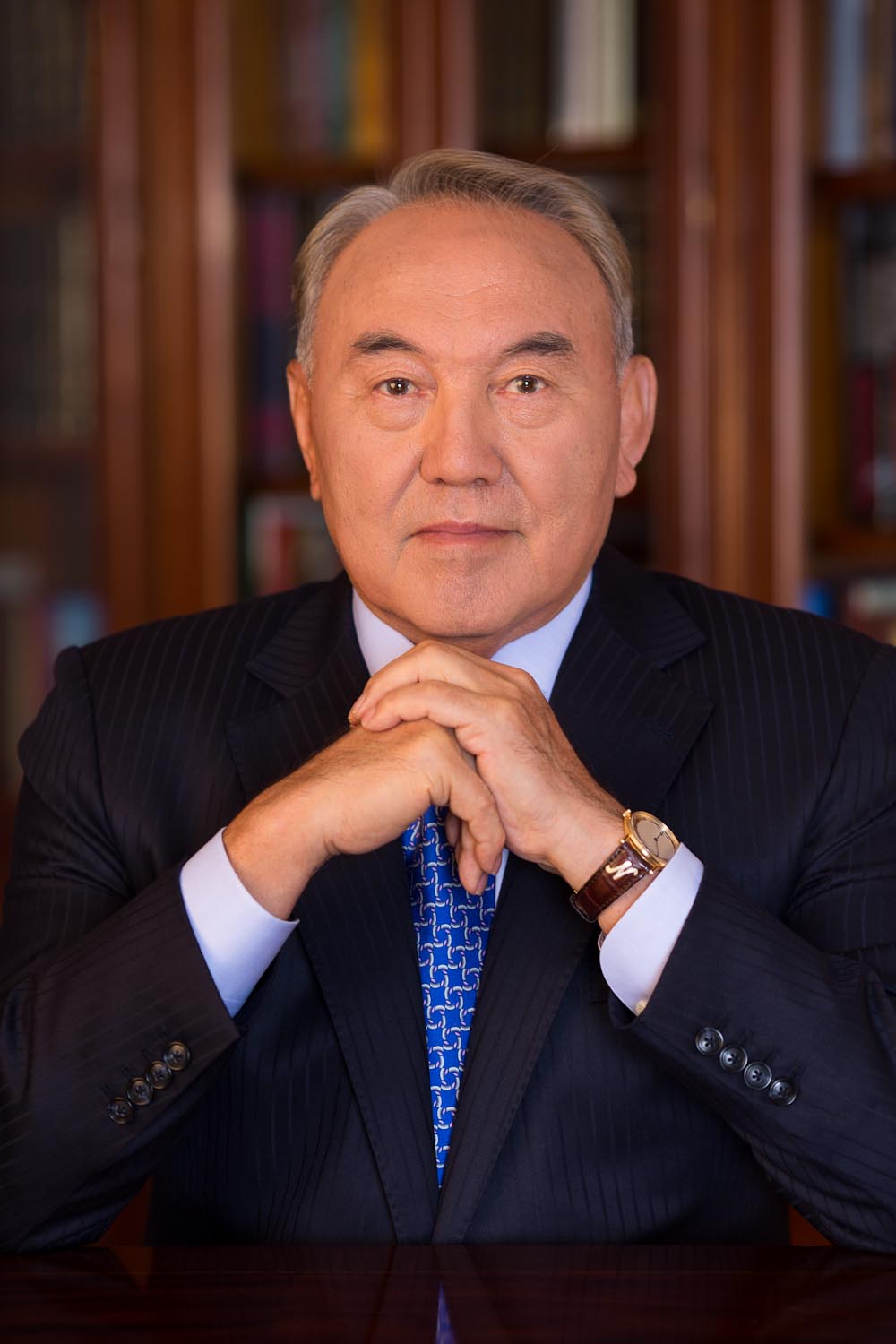 1st President of the Republic of Kazakhstan

Nazarbayev was born in Chemolgan, a rural town near Almaty, when Kazakhstan was one of the republics of the Soviet Union. His father was a poor labourer who worked for a wealthy local family until Soviet rule confiscated the family's farmland in the 1930s during Joseph Stalin's collectivization policy. Following this, his father took the family to the mountains to live out a nomadic existence.

His father avoided compulsory military service due to a withered arm he sustained when putting out a fire.At the end of World War II the family returned to the village of Chemolgan, and Nazarbayev began to pick up the Russian language. He performed well at school, and was sent to a boarding school in Kaskelen.

After leaving school he took up a one year, government-funded scholarship at the Karaganda Steel Mill in Temirtau. He also spent time training at a steel plant in Dniprodzerzhynsk, and therefore was away from Temirtau as riots over working conditions enveloped the town.[8] By the age of 20, he was earning a relatively good wage doing "incredibly heavy and dangerous work" in the blast furnace.

In his role as a bureaucrat, Nazarbayev spent his days dealing with legal papers, solving logistical problems and industrial disputes, as well as meeting workers to solve individual issues. He later wrote that "the central allocation of capital investment and the distribution of funds" meant that infrastructure was poor, workers were demoralized and overworked, and centrally set targets were unrealistic; he saw the steel plant's problems as a microcosm for the problems for the Soviet Union as a whole.

Nazarbayev replaced Gennady Kolbin, who despite his office had little authority in Kazakhstan, on 22 June 1989.He was Chairman of the Supreme Soviet (head of state) from 22 February to 24 April 1990. Nazarbayev was elected President of Kazakhstan by the Supreme Soviet on 24 April. He supported Russian President Boris Yeltsin against the attempted coup in August 1991 by Soviet hardliners.[

The Soviet Union disintegrated following the failed coup, though Nazarbayev was highly concerned with maintaining the close economic ties between Kazakhstan and Russia.He won the 1991 presidential election on 1 December, winning 91.5% of the vote in an election in which no other candidate ran.On 21 December, he signed the Alma-Ata Protocol, taking Kazakhstan into the Commonwealth of Independent States.