Leader Bukeikhanov and the State Duma of Russia 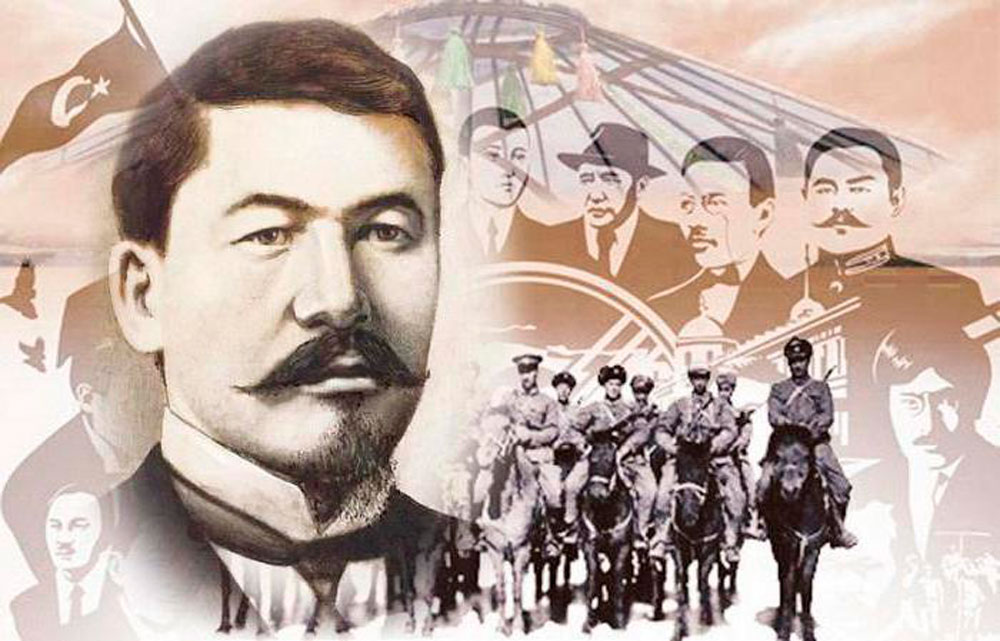 The Governor Generalship of the Steppes (Steppe region), formed in 1882 for implementation of the national administrative reforms, transit routes, development of cities, industry and trade ties organization lasted until March 1917. The regions as Akmola and Semipalatinsk were included in Governor Generalship. In the late XIX-early XX centuries, these regions were divided into 5 counties, there were 10 counties in the Steppe region. Akmola region consisted of the following counties: Omsk, Petropavlovsk, Kokchetav, Atbasar, Akmolinsk. Semipalatinsk region included Karkaralinsk, Pavloodar, Semipalatinsk, Ust-Kamenogorsk, Zaisan counties.

Solving a problem of the social movement in XIX-XX centuries in the Steppe region is of some interest in practical terms as well. In particular, historical experience of election campaigns and activities of the deputies of the Steppe region in the State duma can be used during the forthcoming modernization of the representative bodies in modern conditions.

The definition of the State Duma refers to the period of the first Russian revolution for the first time. 1905 is a special page in the history of Russia. The development of revolutionary events is one of the dramatic pages of the Russian history. In 1905, 4 documents relating to election and organizational work of the State Duma were issued. Then dynamics of their publication is as follows: 18 January, 6 August, 17 October, 11 December 1905. The State Duma was presented as the highest forum in the eyes of the most Kazakh people, where it was possible to discuss and resolve urgent problems. Also, many of them cherished hope for democratization of the current system by the Parliament.

The Proclamation of 17 October 1905, translated into Kazakh was spread by nomadic villages of the region. People, who knew the literacy, explained the content of the law to population. ‘At the end of October 1905, educated Kyrgyz people who lived in Omsk, translated proclamation into Kyrgyz language on 17 October, printed in Akmola regional printing house with the blessing of local newspaper censor – Vice-Governor and sent 10 000 copies to the steppes. In virtue of Kyrgyz people’s mobility, the proclamation became the property of the entire steppe. The Kyrgyz people gathered together to large and small conventions, read the proclamation, commented it, discussed the issues of upcoming elections to the state Duma. The Kyrgyz people of the most remote counties went to the steppe cities, where they participated in the community meetings…’.

The cadets led active election campaigning among the meetings if nomadic population, promising to defend their interests in the State Duma. One of the candidates for deputies of the Duma from the Kazakh population was a representative of the cadet party A.N.Bukeikhanov (1870-1937). In November 1905, A.N.Bukeikhanov participated in the work on the need of free use of the native language, freedom of religion, liberal legislation on elections. In particular, A.N.Bukeikhanov said in his speech at the convention; ‘I am a representative of four million people, who occupy a vast territory from the Urals to the Altai Mountains, from the line of the Siberian railway to Omsk. Schools with teaching in Kazakh language are persecuted, the censorship presses us. I cannot get permission on edition of 46 Krylov’s fables translated into Kyrgyz language from the censorship for 13 months’.

He joined the cadet party (constitutional-democratic party) in the same year and was elected a member of the Central Committee. Bukeikhanov’s name became well-known due to publications in printed issues.

An important stage in A.N.Bukeikhanov’s biography as a public figure was participation in the election campaign to the I State Duma. He traveled to the Kazakh steppes, held meetings with the native population of the Steppe region, expressing his views on upcoming elections and the tasks that were urgent for the Kazakh people. In addition, there were calls for democratization of political system of tsarist Russia in his publications on the pages of local periodicals. A.N.Bukeikhanov called Royal administration officials ‘grave-diggers of mandatory system’ who turned the Kazakh steppe into ‘satrapy’ and they are on their last legs in one of the articles published in the newspapers ‘Stepnoi krai’ (Omsk) and ‘Semipalatinsky listok’.

A.N.Bukeikhanov went to Petersburg only on 3 July 1906 with the aim to participate in the work of the State Duna of the first convocation, reaching the place of the destination shortly before the dissolution of I Duma. On 9 July 1906, I State Duma was dissolved and its deputies were forcibly dispersed. However, the majority of I Duma members, who disagree with its violent dissolution, secretly gathered in Vyborg, where they issued an appeal to the tsar and a separate appeal ‘To people from people’s representatives’, known as Vyborg Manifesto. The historic appeal was signed more than 200 deputies. A.N.Bukeikhanov and V.I.Ishersky joined from the deputies of the Steppe region. The government’s response was not late in arriving: both deputies among those who signed the manifesto were sentenced to six months of imprisonment and deprived the right to stand for election to the Duma. After prison, Alikhan was exiled to samara without the right to visit his native land during the exile by the order of the Milotary Governor-General Galkin.

After the dissolution of the First State Duma, as he was deprived of the opportunity to draw attention to the problems of the Kazakh people, he tried to make it by the means of the Russian press. An experienced journalist and talented writer A.Bukeikhanov cooperated in Omsk newspapers ‘Irtysh’, ‘Omich’ and ‘Golos stepi’, similar in their ideological positions to the local department of the constitutional democratic party in 1906-1907. His articles ‘Resettlement allotments in Akmolinskaya region’, ‘Russian settlements in the depth of the Steppe regions’, ‘Alienation of the Kyrgyz irrigated plough lands’ were published in the magazine ‘Sibirskie voprosy’, which prove conclusively that the traditional form of Kazakhs’ economic management – nomadic cattle breeding was not whim, a tribute to ‘natural laziness’, but the only way to survive in the harsh and arid climate. In addition, A.Bukeikhanov revealed the facts of distortion of households survey results on impossibility of land cultivation by conventional extensive methods and assured that resettlement is a disaster both for the Kazakhs who deprived of pastures, wintering, watering and the settlers. Alikhan Bukeikhanov disposed the false calls of the tsarist government ‘to refine steppe’ as baseless and carrying only disaster to the steppe people.

The public excitement in the Kazakh steppe was not subdued with the dissolution of I Duma. A.Bukeikhanov was removed from the list of voters to the State Duma.

Hereinafter, A.Bukeikhanov put forward his candidacy to deputies of II Duma on behalf of Kazakh population of Semipalatinsk region. However, on 1 January 1907, an assistant of Minister of Internal Affairs Kryzhanovsky demanded: ‘Delete A.Bukeikhanov from the list of Omsk voters and the list of electors from the Kazakhs of Karkaralinsk county, declare his election invalid’. Apart A.Bukeikhanov, an attorney Zh.Akpayev was excluded from Karkaralinsk electors by the direct order of the Steppe Governor-General.

Use of materials for publication, commercial use, or distribution requires written or oral permission from the Board of Editors or the author. Hyperlink to Qazaqstan tarihy portal is necessary. All rights reserved by the Law RK “On author’s rights and related rights”. To request authorization email to mail@e-history.kz or call to 8 (7172) 57 60 13 (in - 1163)
Қазақша Русский English
MOST READ
Month Year
The referendum on the Constitution is a significant stage of democratization
Philosophy of the Emblem
The rural akims: the country's hope is in the elections
Kazakh historical drama Tomiris premiered in Istanbul
Stolypin about the worries and hopes of immigrants to the Kazakh steppes
ALASH IDEA IS THE PROTECTION OF KAZAKH STATEHOOD
A tireless explorer of the Kazakh land
SWITCHING TO THE LATIN ALPHABET – UNITE ALL KAZAKH PEOPLE
Kunaev Dinmukhamed Akhmedovich
People who eat horses will kill you
Kazakhstan's participation in the Winter Olympics has a long history
Rebooting a field of science and education
Recorded history of Kazakhstan. Part 1