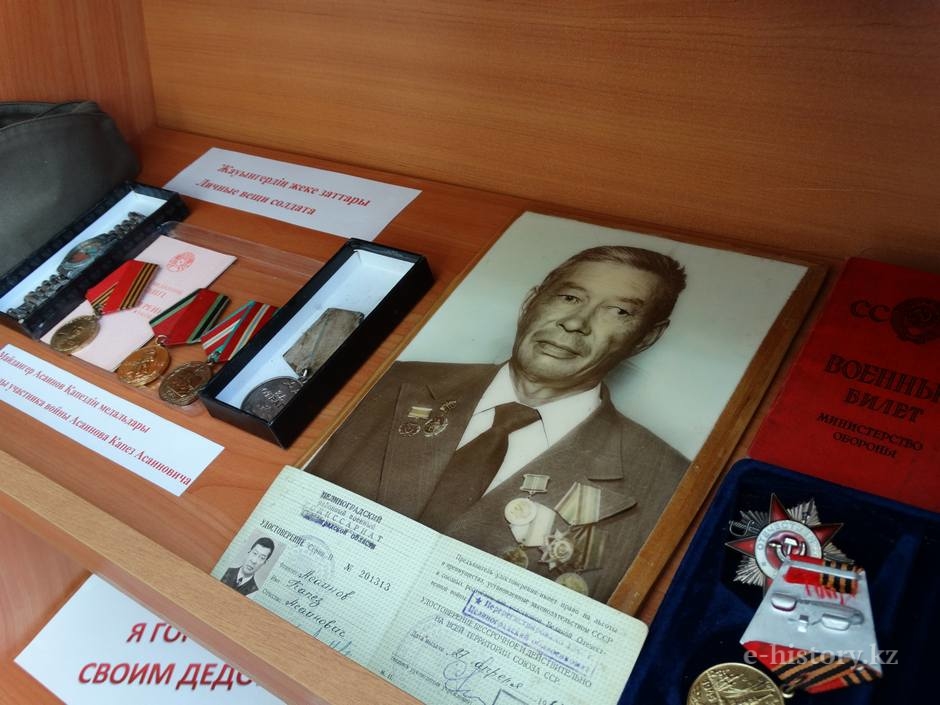 As previously reported, the libraries of Astana are now actively preparing for the celebration of the anniversary of the Great Victory. Most of them have already organized book and illustrative exhibitions dedicated to Kazakhs who fought on the fronts of the Great Patriotic War. I have decided to visit one of them and went to the Children’s Library № 3. 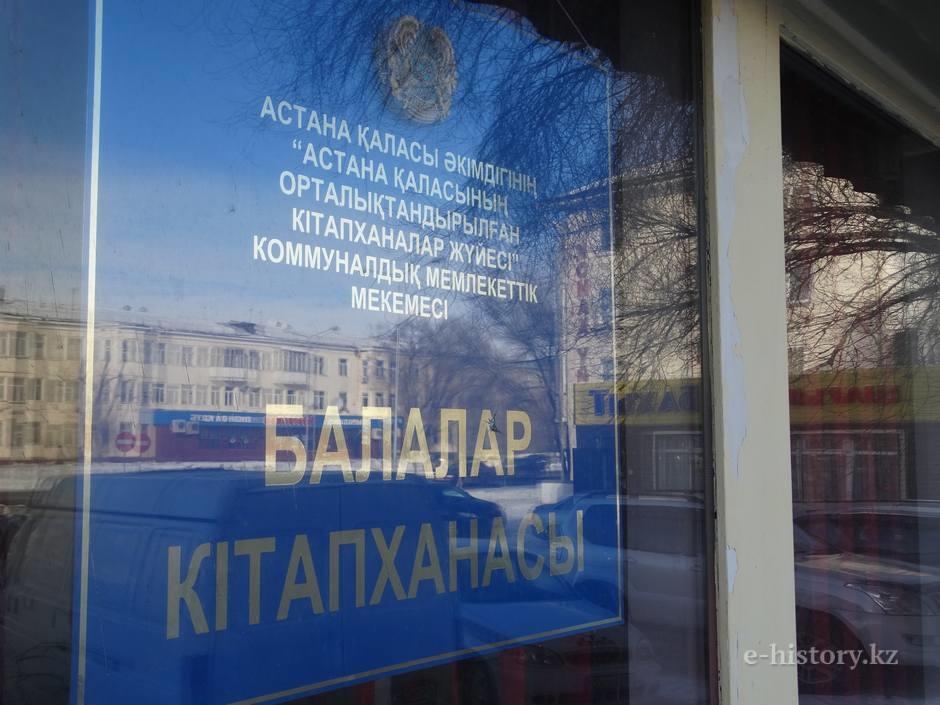 This exposition was opened in early February 2015. According to the librarians, young visitors of the library show a strong interest in it. 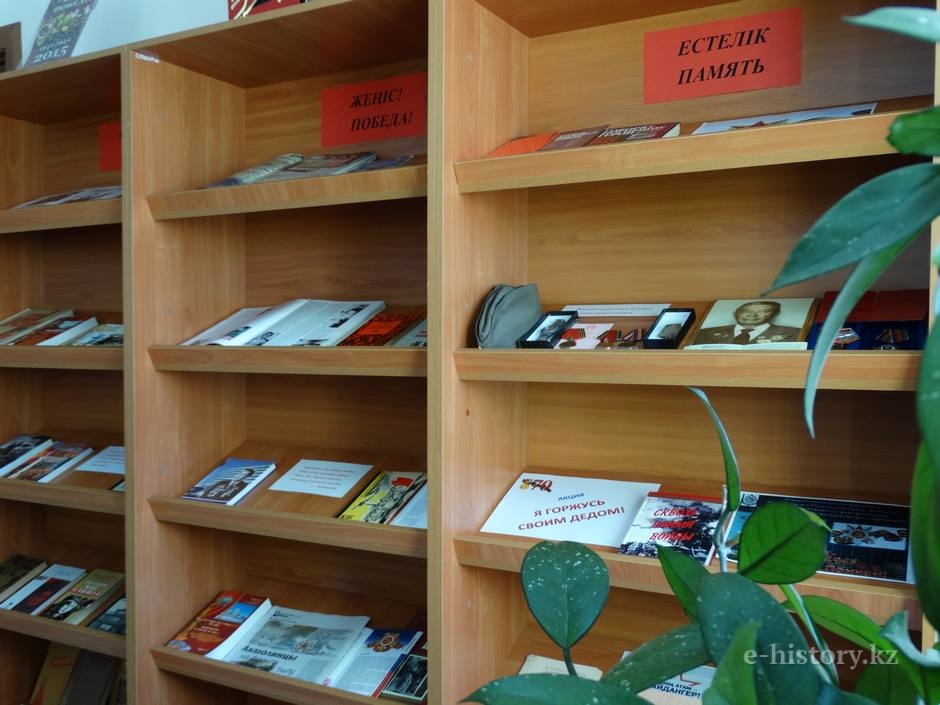 "Victory Day on 9 May is a great date. Veterans of the war have given us the peaceful life and our prosperity. Therefore, we tell our young readers about the Great Patriotic war as more as possible to ensure that they do remember deeds of their brave great-grandfathers", librarian Asainova Gulzhikhan Kapezovna says. She has agreed to take me on a small tour of the library.

The exhibition is divided into three thematic parts. The first part tells about the beginning and course of the war. You can find here many interesting books about lives and deeds of our national heroes, including Aliya Moldagulova, Manshuk Mametova, Baurzhan Momyshuly, Rakhimzhan Koshkarbaev and many others. This subject is more interesting for children today. 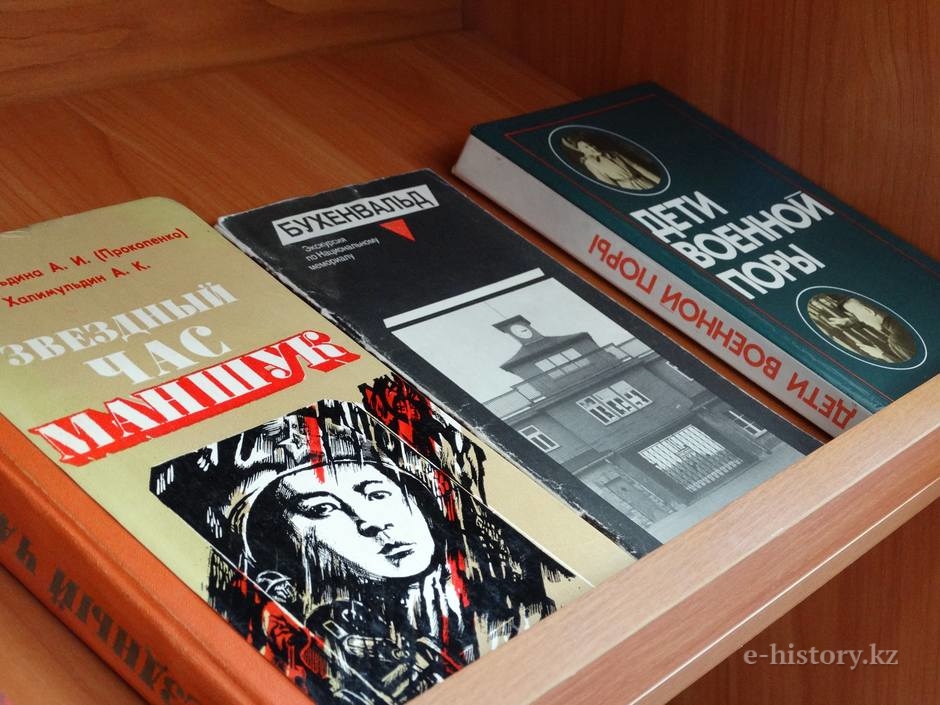 The second part of the exposition is dedicated to the Victory of the Soviet Army. The third section tells about soldiers and officers from the city of Akmola who fought on the fronts of the Great Patriotic war. 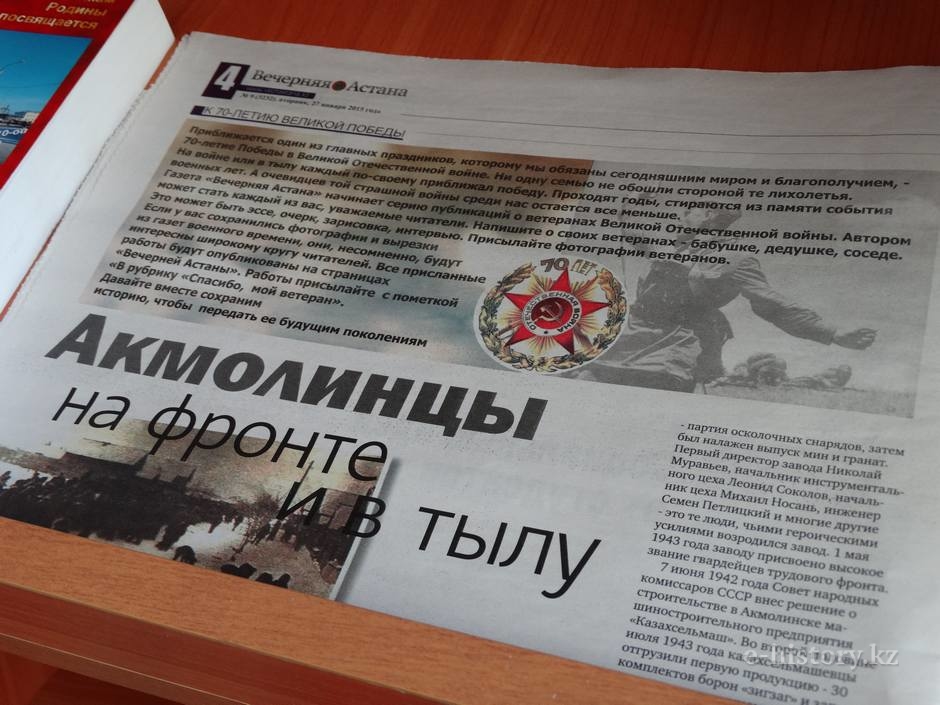 Special emphasis is given to personal belongings of soldier Kapez Asainov. I have read his name and realized that Gulzhikhan Kapezovna is his close relative. 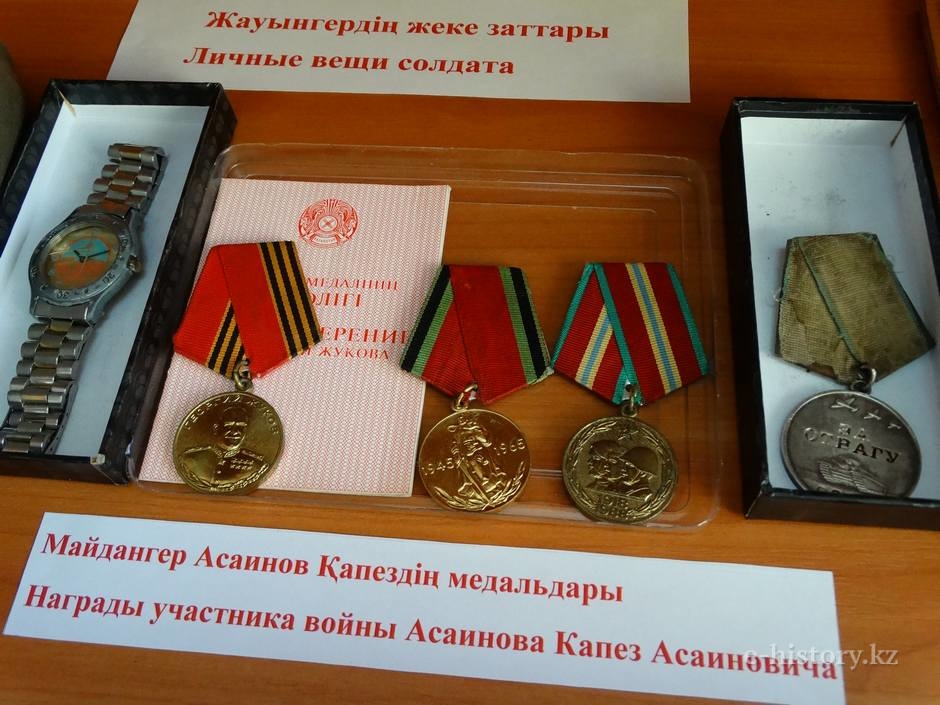 "Right, he is my father!" — the woman agrees and tells me about his life.

Kapez Asainov was born in 1924. In 1942, the 18-year-old young man joined the Red Army. His two brothers also went to the front but the one was killed and another disappeared.

In 1943 soldier Asainov fought at the Kursk Bulge and participated in the Orlovsk offensive operation which started on July 12, 1943. In this battle Gulzhikhan Kapezovna’s father was seriously wounded. He was taken from the battlefield by one Russian soldier. Contused Asainov didn’t remember anything about it as he was unconscious. He learnt this from his comrades-in-arms. 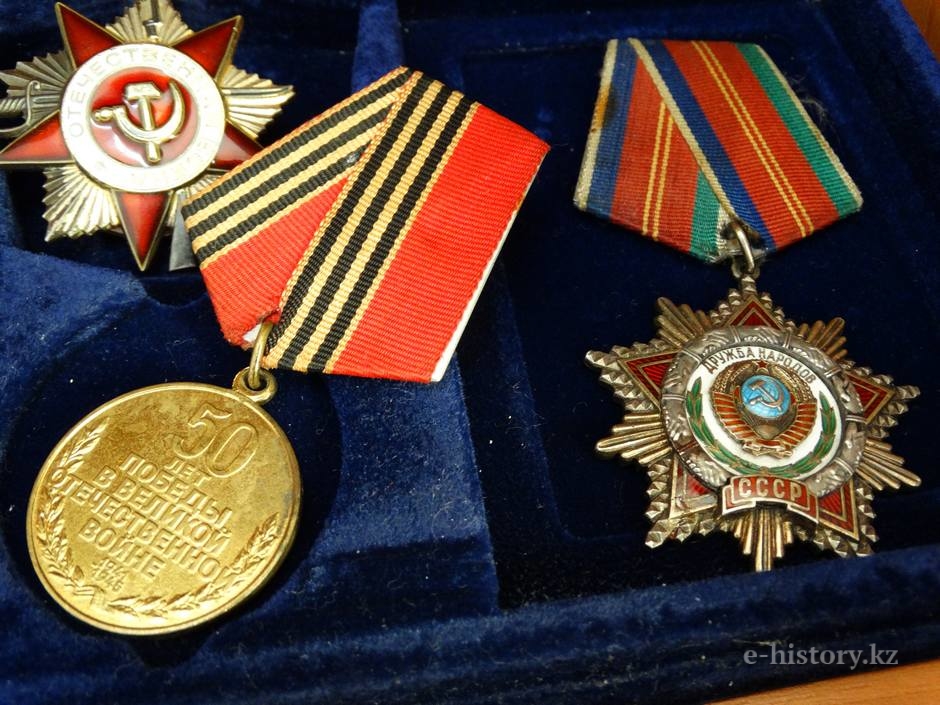 The wound and contusion didn’t allow him to return to the front repeatedly. Kapez Asainov spent one year in a hospital and was transferred to the reserve. In 1944 he came back home. The memories of terrible fights and disability are what the war left to this person. 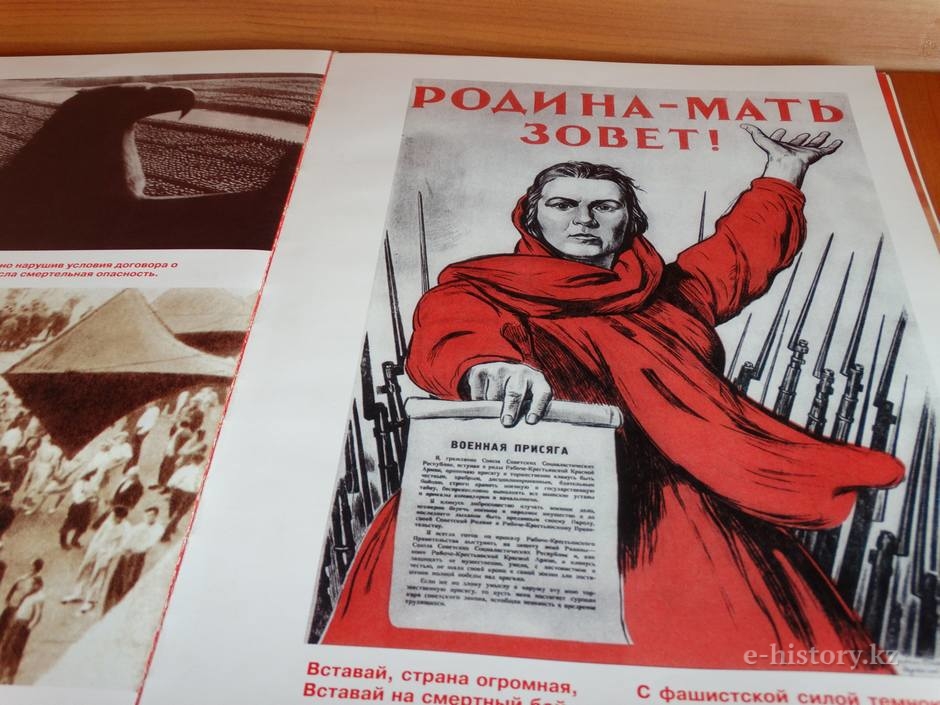 Nevertheless, it did not break Asainov’s will and desire to make a contribution to the reconstruction of his Motherland. Kapez Asainov was a teacher of one school in the city of Tselinograd and awarded the title of Honoured Teacher of the Kazakh SSR. He also established his own family. The wife and six children supported the head of the family in his work.

"My father didn’t tell much about the war," Gulzhikhan Asainova says, "it should perhaps be very difficult for him to remember this. Sometimes we could see tears in his eyes..."

Unfortunately, Kapez Asainov has already passed away. He saw all his 14 grandchildren and gave them names. But he did not manage to wait for his great-grandchildren.

This story of life of soldier Asainov Kapez must definitely be told and remain in the hearts of people. The library staff agrees with me and says that they are planning a lot of events to attract our young generation, including essay competition, meetings with veterans and literary-musical evening to the Victory Day. They are always happy to have visitors. 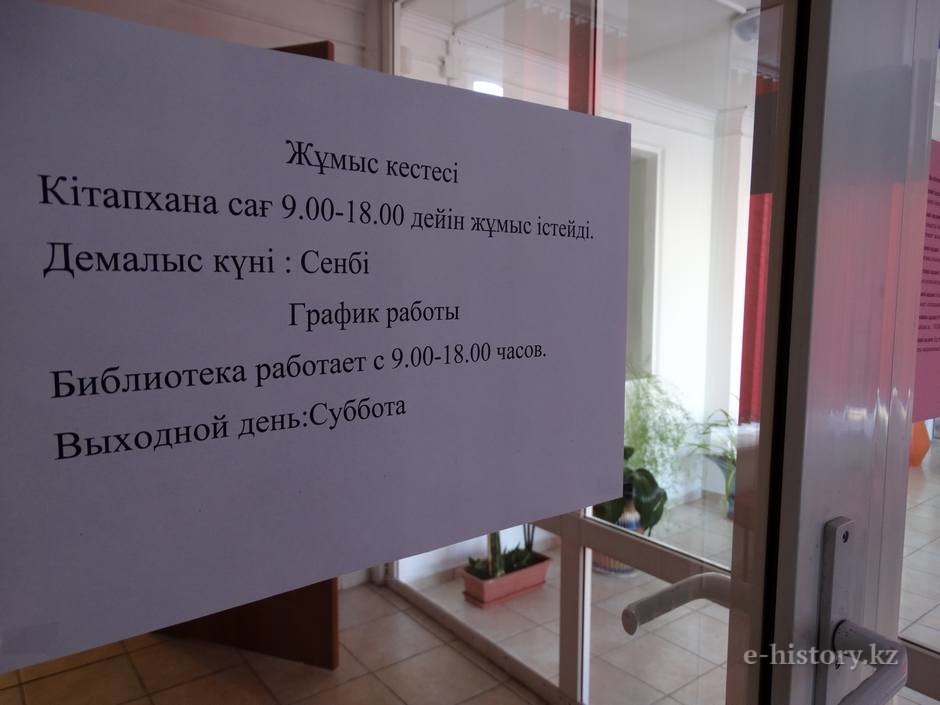 The Library is opened for everybody (children and their parents) daily except Saturdays, from 09:00 till 18:00 at Pobeda Avenue 61.