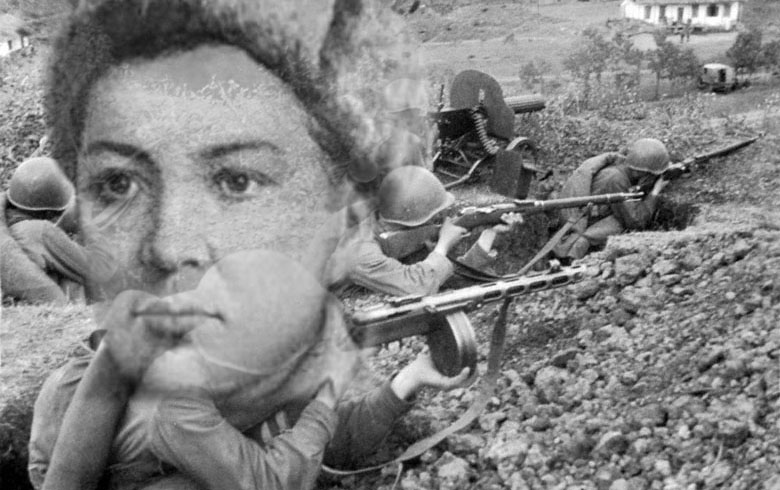 When somebody says “Kazakh hero”, we imagine a strong and powerful man. But war does not always have a man’s face.

Her name was Manshuk. How could the meek and lovely girl become a strong Batyr (warrior)? Nevertheless, Manshuk Mametova is the Hero of the Soviet Union. 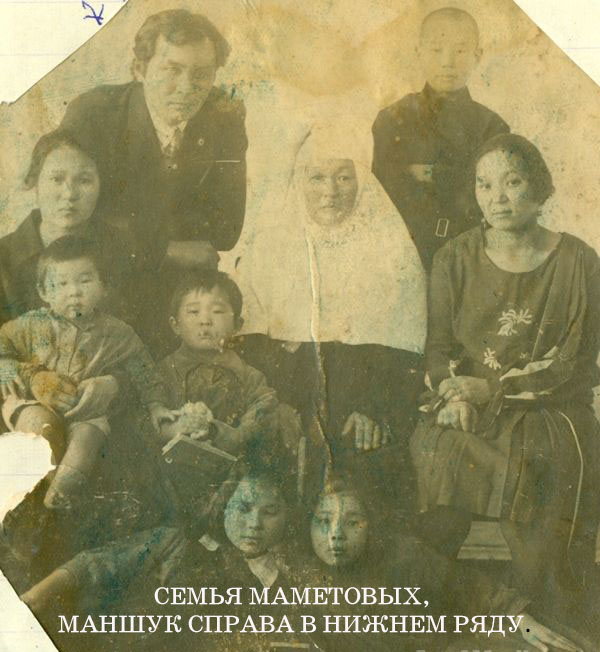 She was born on October 22, 1922 in the village of Zhaskus, Ural region. She spent her childhood in the city of Alma-Ata. After graduating a secondary school Manshuk began studying at medical rabfak ("workers department" — a special department in the University or other research/educational institution created specially to improve educational level of working people, as well as to prepare enough specialists to compensate losses during Revolution, Civil War and repressions) and then entered the Alma-Ata Medical Institute. At the same time she worked for the Secretariat of the Council of People’s Commissars of the republic. Manshuk Mametova planned to visit Moscow and see gym parade. She dreamed of walking on the Red Square, visit the mausoleum and see the clock on the Kremlin’s Spassky Tower.

The day of the departure to the Soviet capital was coming. But another one had come instead of it. That was the black day of the war. The Nazis bombed Sevastopol, Odessa, Kiev and came close to Moscow. Cruel and bloody battle was thousands of kilometres away from Alma-Ata, but it echoed there. People gathered around loudspeakers to hear the news. Each day was full of concerns about the Motherland. The best sons of Kazakh nation fought at the front to protect their country. Others worked in the home front; they produced weapons, ammunition and food.

Manshuk Mametova didn’t want to stand aside when the Motherland was on the enemy’s fire. She went to recruitment office to go to the front as a volunteer. But her application was rejected. The summer of 1942 came to its end. She was the most persistent in her efforts to become a soldier. Manshuk learnt to use a gun and graduated from medical courses.

Several days after Mametova arrived to the army. She heard shells and see air combats above but she was unsatisfied by her position. Despite the earnest request to send her to rifle unit, Manshuk was appointed secretary of the headquarters of the 100th Separate Rifle Brigade. She settled down but firmly decided to get her way. The young woman spent a lot of time thinking of in which sector of the front life she could do more for her Motherland.

Manshuk Mametova was able to become a nurse, telephonist and telegraphist but she dreamed of being a machine gunner. She spent her spare time in a field hospital. When she looked at injured brought from battlefields, her heart was crying. At that period the knowledge obtained at the institute and medical courses became useful. But whatever she did Manshuk always remembered about her wish. At last, Manshuk Mametova learnt how to use machine gun. When her commander was trying her accuracy in shooting Mametova didn’t see targets in front of her. She saw fascists, and if you are facing enemy you can’t and mustn’t miss. No one bullet missed its target.

Manshuk became a brilliant machine gunner and was enrolled in the 21st Guards Rifle Division of the 3rd shock army, Kalininskiy front. The reality came: reconnaissance, exchange of fire, small fights. Mametova never part with her weapon. At the very first battle the woman managed to block enemy’s attack. As a result she became respected by the soldiers and officers of the division. But a war is not only military campaigns. People lived and fell in love. The same occurs with Manshuk. Machine gunner Nurken Khusainov was a handsome man and kind person. Manshuk confessed her friend: "I love Nurken. But it’s impossible now!". Nurken also believed that he mustn’t tell about his feelings as the war was going on. It happened that lovers died on the same day — October 15, 1943, in the battle for Nevel in Western Russia. 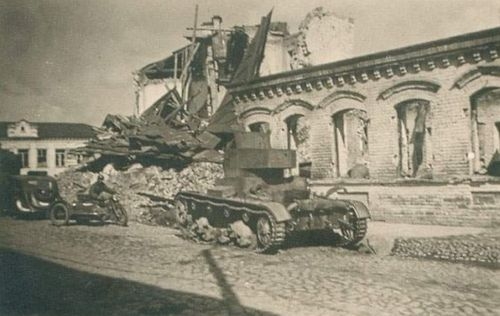 The city of Nevel during the Great Patriotic War

On October 15, 1943 the army of the Kalininskiy front fought for the city of Nevel in Western Russia. By that time Manshuk Mametova had become an experienced soldier.

It was a cold autumn morning, the battle was going on. Fascists fought for every bush and every height. They repeatedly initiated counterattacks and sought to stop our offensive troops. Having occupied a good position machine gun platoon of Manshuk Mametova cracked enemy’s counterattacks in their sector. 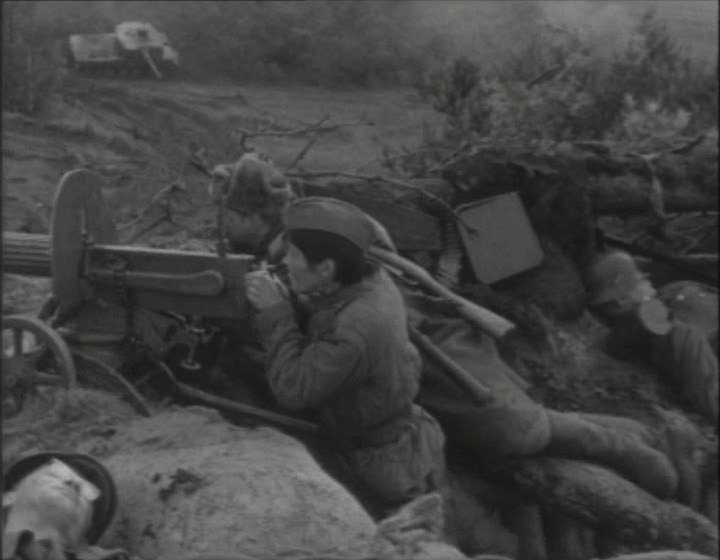 Every time Manshuk’s gun defeated a number of fascists and they retreated. She had the only wish — to help her unit. Her brother-soldier Akhmetzhanov recalled the following: "As we retreated we saw that Manshuk was the only person who continued shooting, in spite of her wound to the head. When we asked her to go with us she responded: "Go away, if I retreat, who can protect you?...". She was the first who started attacking. The Nazis opened the firing of mortars and the glorious daughter of Kazakh nation was mortally wounded. She summoned up her last strength, placed the machine gunner to the best position and started shooting. The enemy’s retreated. Manshuk Mametova defeated fascists to the last spark of life. Being alone she killed around 70 enemy soldiers and bravely laid down her life.

After the battle she was buried in the city of Nevel. On March 1, 1944 by the Decree of the Presidium of the Supreme Council of the USSR Manshuk Mametova was awarded the title of the Hero of the Soviet Union posthumously. 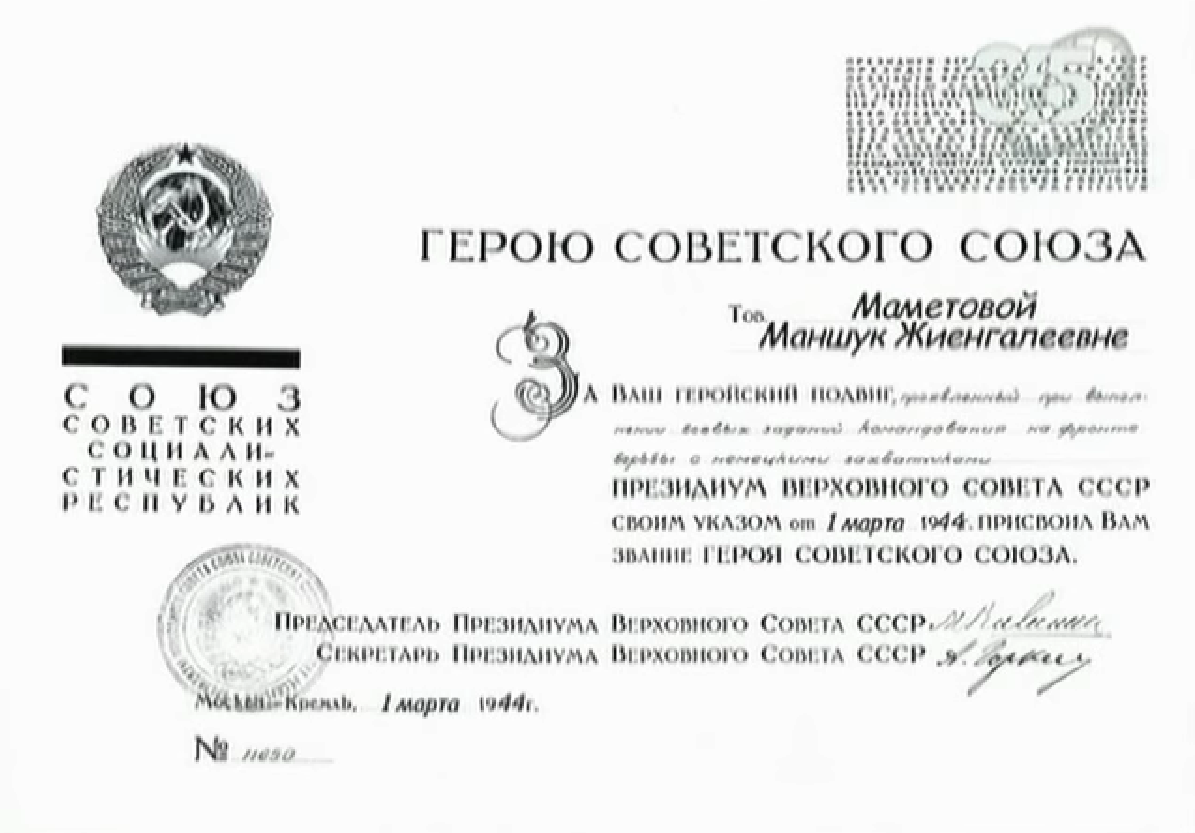