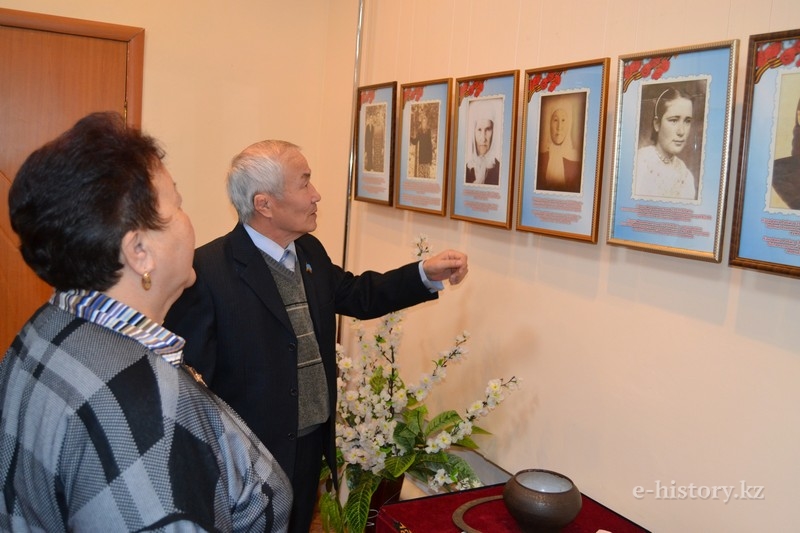 The War Did Not Have a Woman’s Face has been opened at the Museum of Kokshetau history. It is organised within the framework of the celebration of the 70th anniversary of the Great Victory

The photo exhibition is dedicated to those women who fought on the front and worked in the rear regions, thereby contributing to the Victory. At the beginning of the year, the Museum of Kokshetau history has launched the project "The Feat of Women during the Great Patriotic War". The Museum staff has requested the city dwellers to bring family photos to the museum and tell stories of their mothers, grandmothers, sisters, close and distant relatives who fought on the front of the Great Patriotic War, joined partisans or worked in the rear. A short time later people from the city of Kokshetau and other settlements of Akmola and North-Kazakhstan region have got interested in it. This topic attracted attention of many people. The photo exhibition "The War Did Not Have a Woman’s Face" successfully concluded the project dedicated to the 70th anniversary of Victory in the Great Patriotic War. 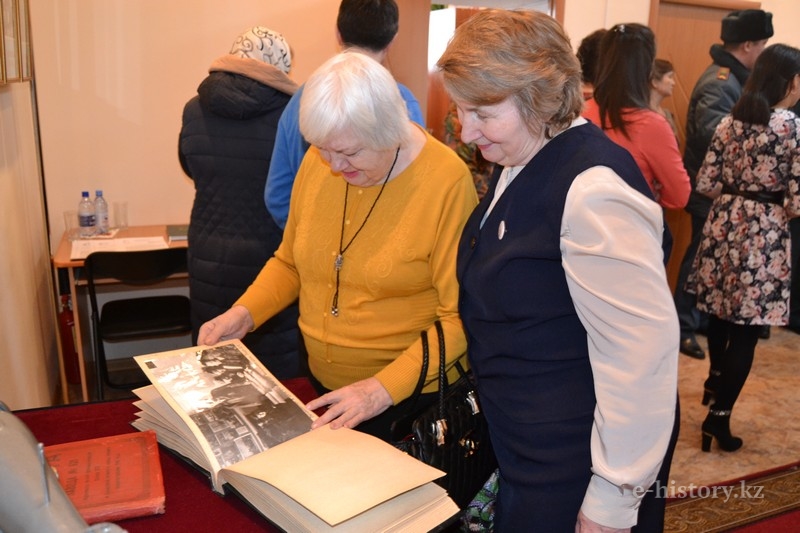 When the enemy attacked the Soviet Union all people began protecting their country from the Fascism. Both men and women went to the front to fights against invaders. From the very beginning of the war approximately a half of all requests to join the Red Army as volunteers were obtained from women.

In the bloody battles, women acted as machine gunners, intelligence agents, signallers, members of tank crews, aviators and snipers. It took them 1418 days to overcome all difficulties of the military life and achieve the Victory.

The motherland acknowledged the feats of its brave daughters. More than 150 thousand Soviet women were awarded military orders and medals for was merits during the battles against the Nazi invaders. Most of them received several awards, 200 women were awarded the Orders of Glory, and 4 women became full Cavaliers of the Order of Glory. Two Kazakh women Aliya Moldagulova and Manshuk Mametova were recognised as the Heroes of the Soviet Union.

There would be no victory in this war without the efforts of those who worked in the rear. Women performed the hardest work. They worked at machines, produced shells, assisted in digging trenches, worked in mines, metallurgical factories, cultivated land, and to name but a few. 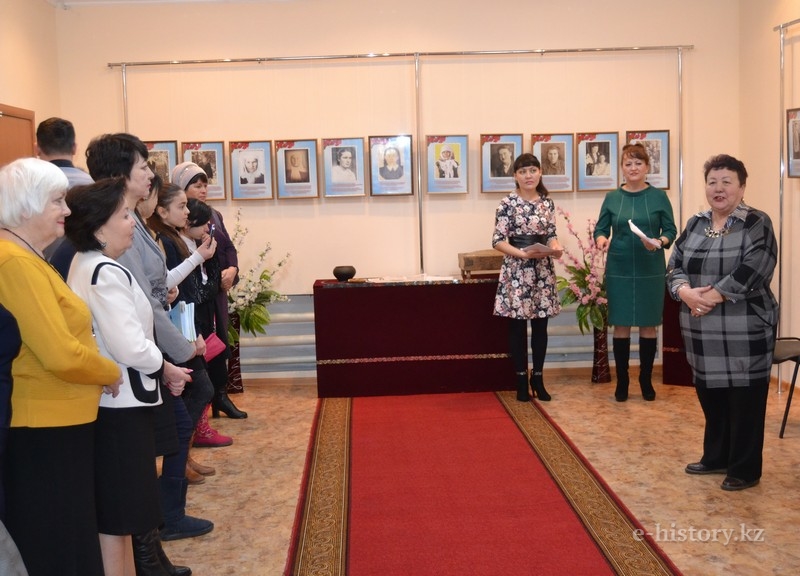 Women from Kokshetau also made a significant contribution to the Victory. The exhibition demonstrates photos of those women, who worked for the secret military plant № 621, which was established on the basis of evacuated Podolskiy Sewing Machines Plant and Kokchetav Mechanical Plant. The museum staff has collected photographs of nurses who treated injured soldiers in Kokshetau hospitals and workers on the home front engaged in farming.

The opening ceremony of the exhibition was attended by the Deputy Chairperson of the Council of War and Labor Veterans of Kokshetau V. Solomin, Head of the Section of the Department of Culture of Akmola region G. Tashkin, son of a worker in the rear from the village of Kzyltan K. Keldiyarova. Daughter of gunner Sagit Zheksenov and Lieutenant Gulbanu Zheksenova told about the life of her parents. M. Omarov and K. Baitasova remembered their mothers who worked on the home front. 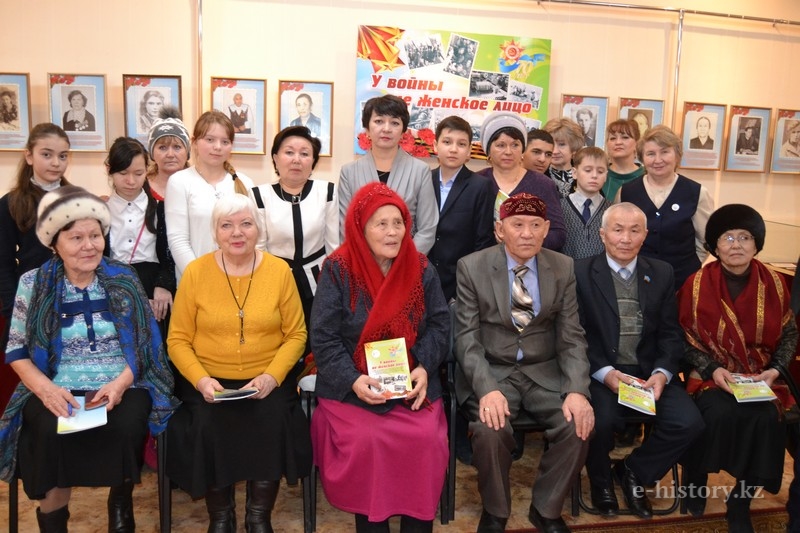 There are 47 photos presented at the exhibition. Most of them are not of a large size, taken by amateur photographers and not of a good quality. In addition, the time has left its mark on them. However, these old photo documents have captured images of our country-women, modest Heroes of the Great Patriotic War.

The materials collected within the museum project have become the basis for colourful booklets "The War Did Not Have a Woman’s Face". They were presented to all participants of the photo project. The photo exhibition will remain at the Museum of Kokshetau history until the end of March 2015.