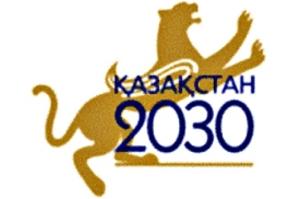 On 11 October 1997, a strategy of development ‘Kazakhstan-2030’ was adopted, whereby our country became the Central Asian leopard

In 1997, the President proposed a long-term strategy ‘Kazakhstan-2030’. Considered issues: the ways out of the economic crisis, completion of the reforms, joining a number of advanced countries, maturing of Kazakh leopard. The strategy identified seven main directions of country’s development, which became the basis for the preparation of specific plans of the state bodies.

The project of strategic development of the Republic of Kazakhstan until 2020 was the first long-term period for the implementation of the strategy ‘Kazakhstan-2030’. This project provided successful completion of the objectives, taking into account the economic importance of development plan for ten years. 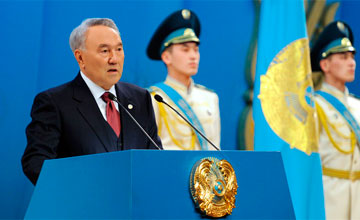 The assumptions for the future, analysis of the situation in the country in the present, descriptions of the main directions of domestic and foreign policy and the features of development of the republic were given in the message. This program demonstrated strategic long-term political and socio-economic development of the country.

According to international experts, the conclusion on the medium-term trends of human development can be divided into three blocks. Attention on the first block was faced to the fields with a noticeable progress. The second block is uncertainty area. The third is unpredictable processes and phenomena.

In the framework of the development program, the UN published a report on the index of human potential development. Kazakhstan was 93 among 174.
Kazakhstan is a Eurasian country with a deep history and distinctive future. Its model of development is unlike others. It is a government that is ready to absorb the achievements of different civilizations, with their personal economic strategy.

One of the main achievements of the development strategy ‘Kazakhstan-2030’ is the impact of the economic measures to increase the stability of the national economy during the global economic crisis of 2008-2009 and its negative impact on the local economy.

The main priority of the strategies adopted in the years of independence, became the economic recovery based on open markets economy and high level of the foreign investment and domestic savings.

In the first decade of Independence, financial institutions which became the basis of the quick development of this sector were formed. By 2003, due to the target use of economic reforms by foreign experts, creation of a favorable investment climate, stability in Kazakhstan society is in the forward position by the level of economic development.

Since 2002, Kazakhstan’s level rose from ‘stable’ to ‘favorable’ by the credit rating of national and foreign currency. The rise of the credit rating in Kazakhstan to investment level was a proof of the fact that our country was on the leading positions by economic development among the CIS countries.

Adoption of the development strategy ‘Kazakhstan–2030’ identified the following factors: the development of market economy in the country, establishment of internally stable, democratically directed right state. As a result, Kazakhstan showed itself a legally competent and responsible member of the world community.

The plans, described in the strategy ‘Kazakhstan–2030’, found its continuation in the Messages of the President on the entry of Kazakhstan into the 50 most developed countries of the world and "New Kazakhstan in new world".

The Message of N.A.Nazarbayev ‘Kazakhstan's way-2050: common goal, common interests, common future’ gave a powerful impact for the development of the country in political, economic and social spheres. Strategic document assigns certain tasks on Kazakhstan people. It is necessary to overcome many obstacles of economic and social nature for us to stand in one row with 30 developed countries.

Creation of economy, development of infrastructure, social sphere, medicine, education – it is a small part of all the challenges facing the young republic. Therefore, it is very important to plan strategically the development of the country.

The idea of the President ‘Mangilik el’ should be the motto uniting the youth of the country in achievement of a common goal and common interests. As the President said, we have a lot of work to make our country and language eternal. ‘Strategy-2050’ is a great goal of the nation. We managed to enter the ranking of fifty developed countries, now our goal is to enter the top thirty. Our duty is to accomplish the tasks in the strategy and pass all the trials.