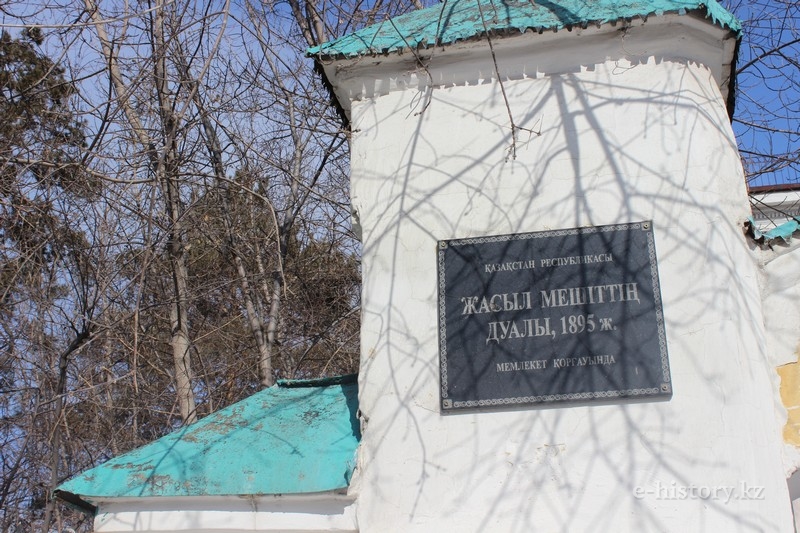 Wooden mosque was built in the first years of formation of Akmolinsk fortress. After almost 60 years the city had one more – “green” mosque. And now we will tell about it.

After hearing the name «green» mosque, there is an image of one of the most amazing sights of Turkey. In the Bursa in 15th century huge religious complex including a mosque, madrasah and a tomb was constructed. The facade of mosques is decorated by the most beautiful carved white marble, and inside the building is decorated with rare faience of azure, blues, turquoise and green colors. Green color is prevailed in the prayer hall, thus the mosque is called "green".

It is quite interesting that here in Astana there was also "green" mosque. The mosque located on the intersection of present Republic Avenue and Abay St. Only its majestic white fence remained this day. The mosque was built on the money of one of the wealthiest man in Akmolinsk Tatar merchant Nurken (Nurmukhamed) Zabirov in 1895. He had extensive trade with Central Asia, Urals and was a member of Irbit fair, also had his own warehouse on so-called "Exchange yard" in Akmolinsk. It is believed that on the territory of Akmolinsk he built bridges across rivers and ravines to prevent interference with caravans’ movement. 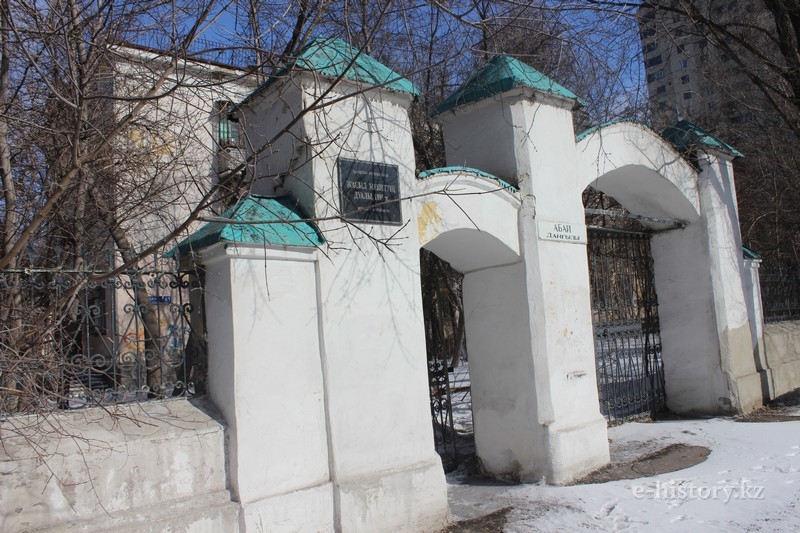 People called it "green" or "Tatar". Why it was called «Tatar» is understandable, but "green" it was called due to the color of wooden façade. It is known that everything that he built was his "unique" green color. Although, according to one of the version the whole building was green color, based on other date only fence was green color. In Astana’s archive we found only one photo of the mosque. On the photo we can see that the fence was white color (at least grey color), and building was dark color, most likely green. 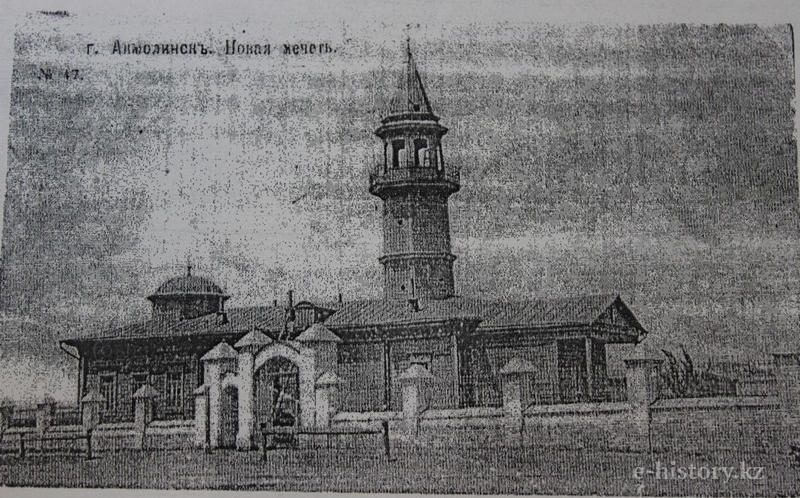 During perestroika the mosque was demolished and on its place was built the most elite in all Tselinograd the house of regional committee. The fence remained the same. And building locates in the intersection of busy streets, near one of the first building built in the new capital — the hotel "Intercontinental". 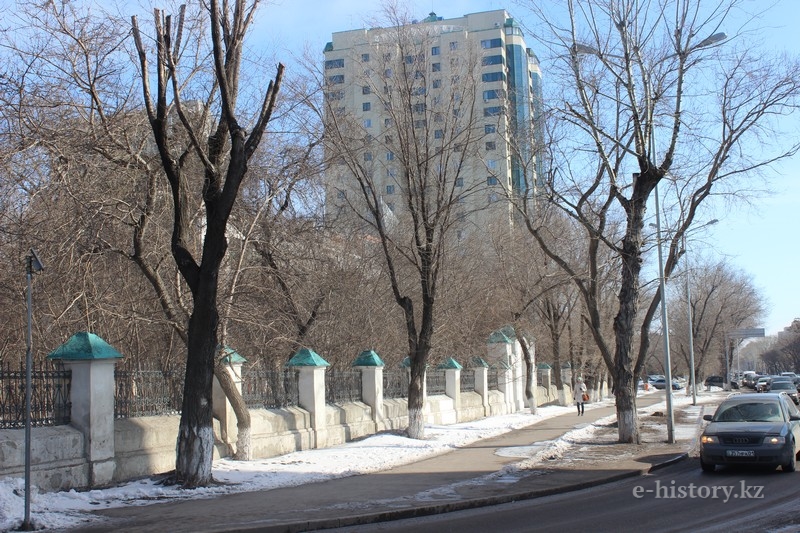 The fence still has shod metal grids. Brick poles and gate of main entrance are connected by arches and also have original metal coverings. 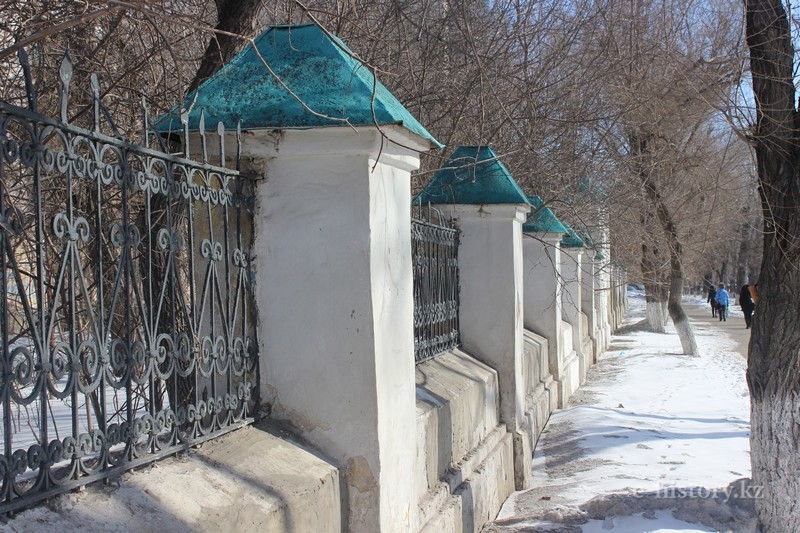 The "green" mosque is often confused with wooden mosque, built in Akmolinsk more than on half a century earlier. And it was located in different place, near a central square behind present Congress Hall. At that time the city finished there and the steppe began. It was the first mosque in the city. In 1838 the wooden mosque was built on the money of senior sultan Konurkuldzhi Kudaymendin for locals. On normal days and on holidays people from neighboring villages come here to pray. The mosque had Kazakh madrasah. Mullah Karabek Baybekov was the teacher. Children studied the Quran and learnt grammar. The mosque was considered as one the sight of the city. Unfortunately it burned down during the fire in 1920.