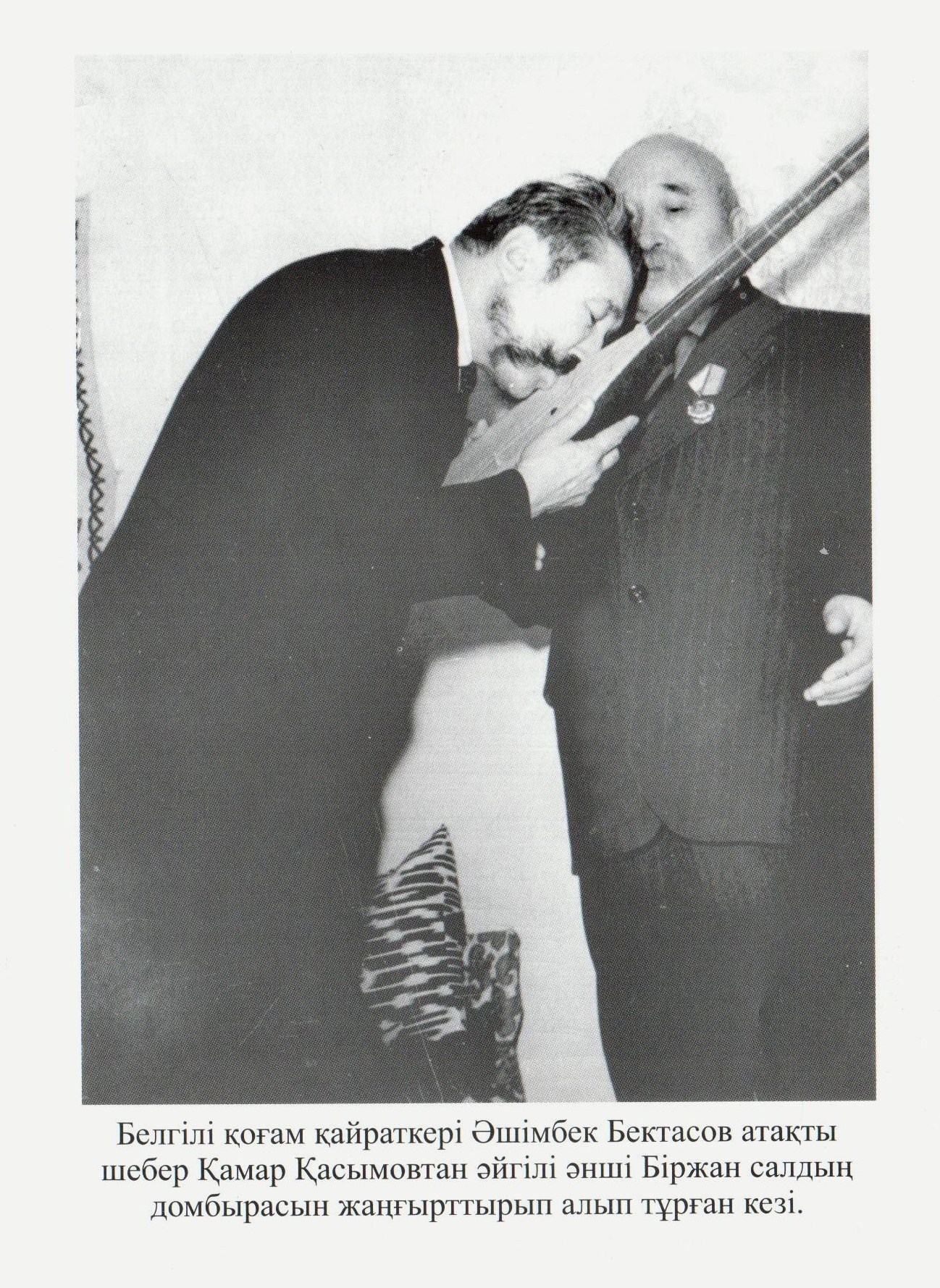 This year marks 125 years since the birth of our compatriot, master craftsman of traditional kazakh musical instruments, Kamar Kasymov

Kamar Kasymov (1893-1966) - Kazakh self-taught craftsman, organizer and founder of craft production of Kazakh musical instruments. He was born in the Bayanaul district of the Pavlodar region. Since early age he had demonstrated talent in the making of musical instruments. Despite the prohibition of the father and grandfather, who believed that this was not a trade worthy of a dzhigit, Kamar continued to do what he loves.

Kamar Kasymov’s family life was quite tragic. At the beginning of the 1930s he was subjected to persecution by the state authorities because his family was materially well-off and hence faced dispossession of its wealth. Having found himself stripped of means of livelihood, in the 1930s famine years, Kamar Kasymov, together with his family, was forced to leave his native town for the city of Pavlodar. On the way there his wife and two children died of hunger and hypothermia. By accident, Kamar met his relative Akzam Bokanov in our city. Bokanov took him together with him to Semey and afterwards they together left for Kyrgyzstan, thereby saving themselves from the deadly famine.

Later on, as Kamar Kasymov was working hard on the creation of new instruments, he was becoming more convinced of how primitive and imperfect his first dombra was. And of course, how could he, a self-taught amateur, unfamiliar with the secrets of the art of acoustics, have known that the wood of the walnut tree is the better for making the body of the dombra.

Kamar Kasymov’s return from Kyrgyzstan to Almaty coincides with the Kazakhstan-wide meeting of craftsmen, singers, dombra masters, kobyz players and other musicians. That was when Kasymov presented his first dombra made out of birch wood, although it was heavy and inconvenient to use. 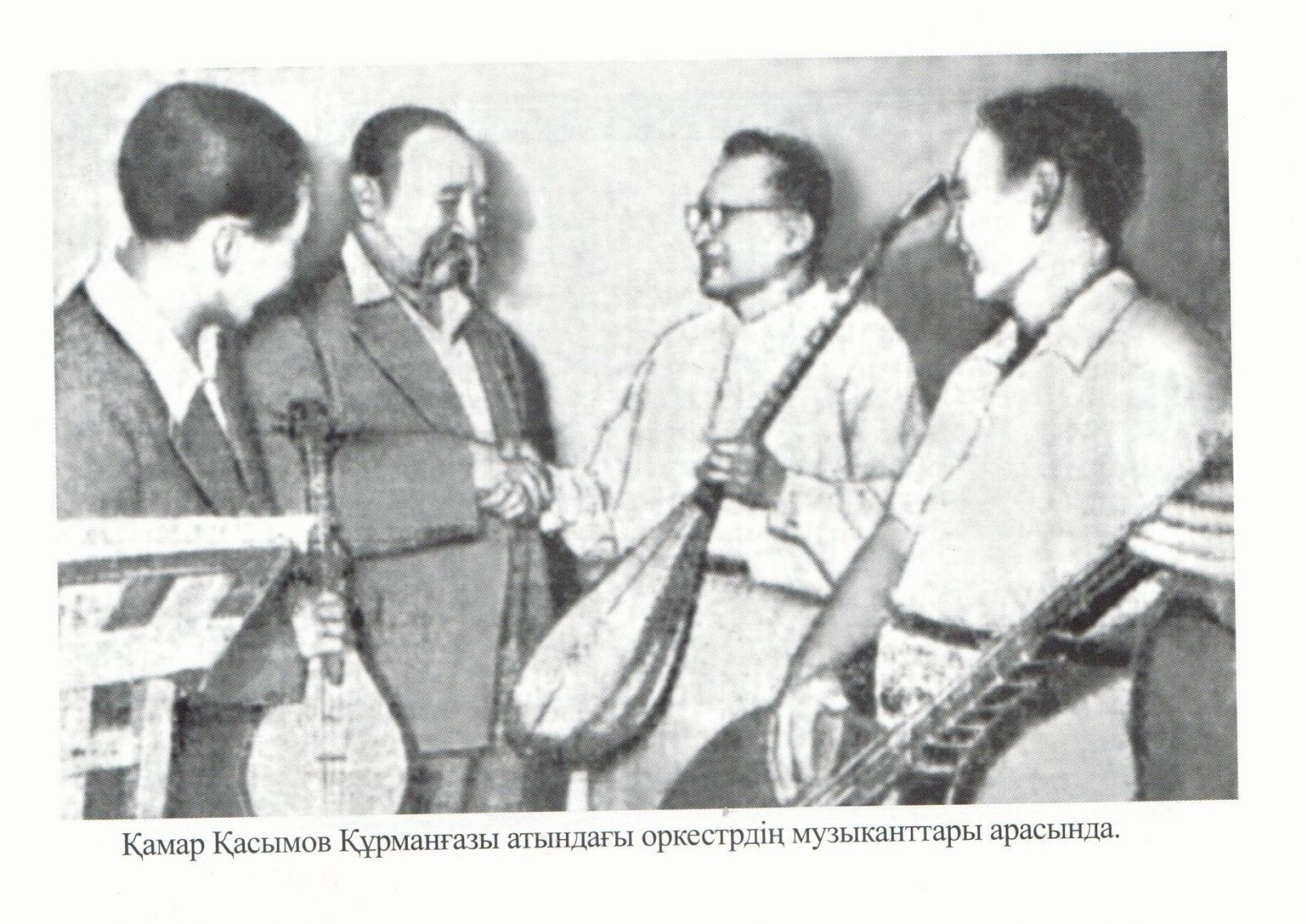 In 1934, a crafts-shop for the making of traditional Kazakh instruments opened in Almaty and Kasymov was offered an opportunity to work there. He started out as the chief specialist of the workshop-laboratory under the auspices of the Kurmangazy Music Conservatory and then worked for the Zhambyl philarmony. He was mostly engaged in the reconstruction, refurbishing and perfection of musical instruments.

He also introduced a lot of innovative ideas into his work. For many years, Kasymov was engaged in the further perfection of the instruments, striving to achieve a louder and richer sound. In this endeavour, he got help from the musicians, composers and conductors of the Kurmangazy orchestra. Kamar Kasymov introduced the kobyz-bass, kobyz-contrabass, kobyz with a neck and new types of dombra. He also decorated each new instrument with a beautiful ornament design. His greatest achievement was the making of an instrument that was named “Kamar-kobyz”. Kasymov worked relentlessly on its perfection in order to achieve a sound that is on par with the violin. 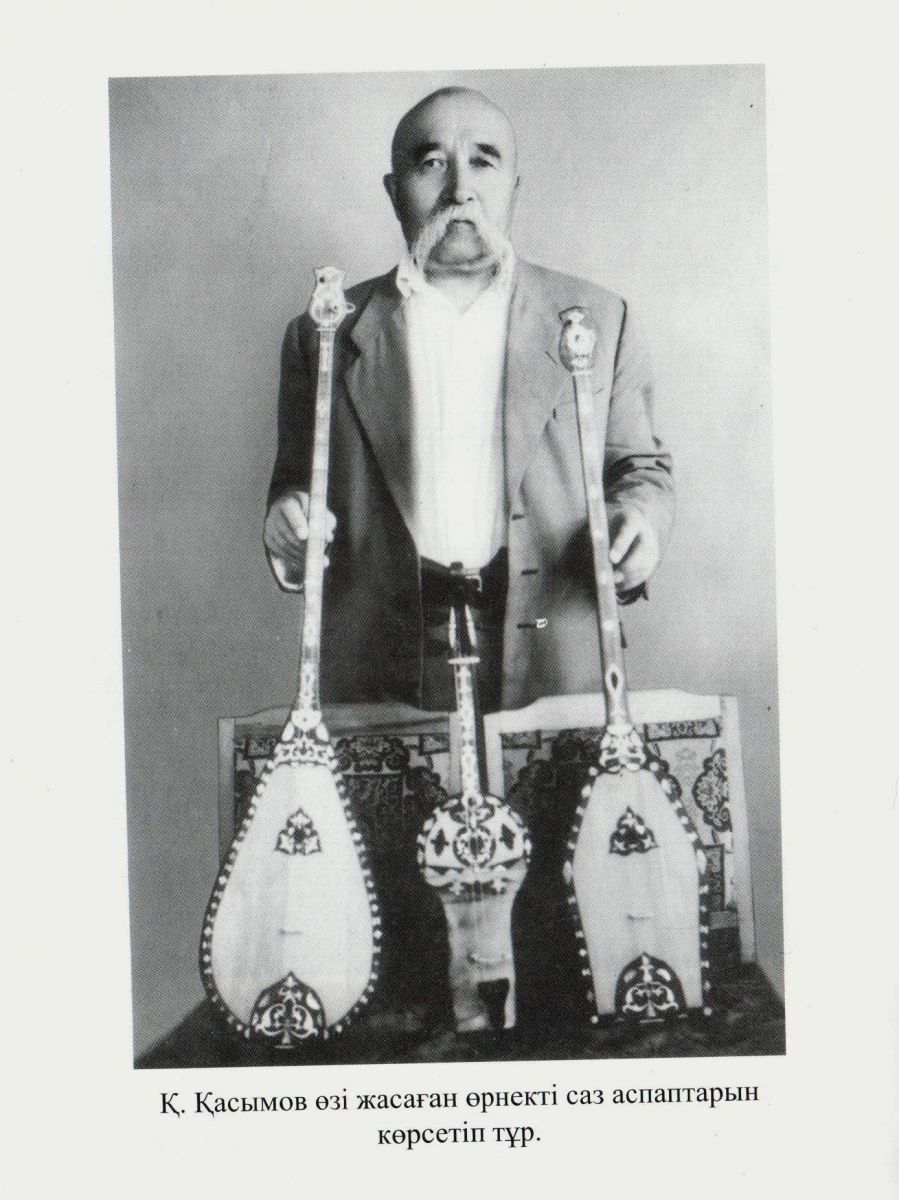 He would say - “Every type of wood has its own voice”. Despite not having specialized training, Kasymov reached the professional level of an organologist, became a true innovator in the art of making and expanding the range of Kazakh traditional instruments. One of the great introductions was the use of nylon instead of catgut for the making of strings. 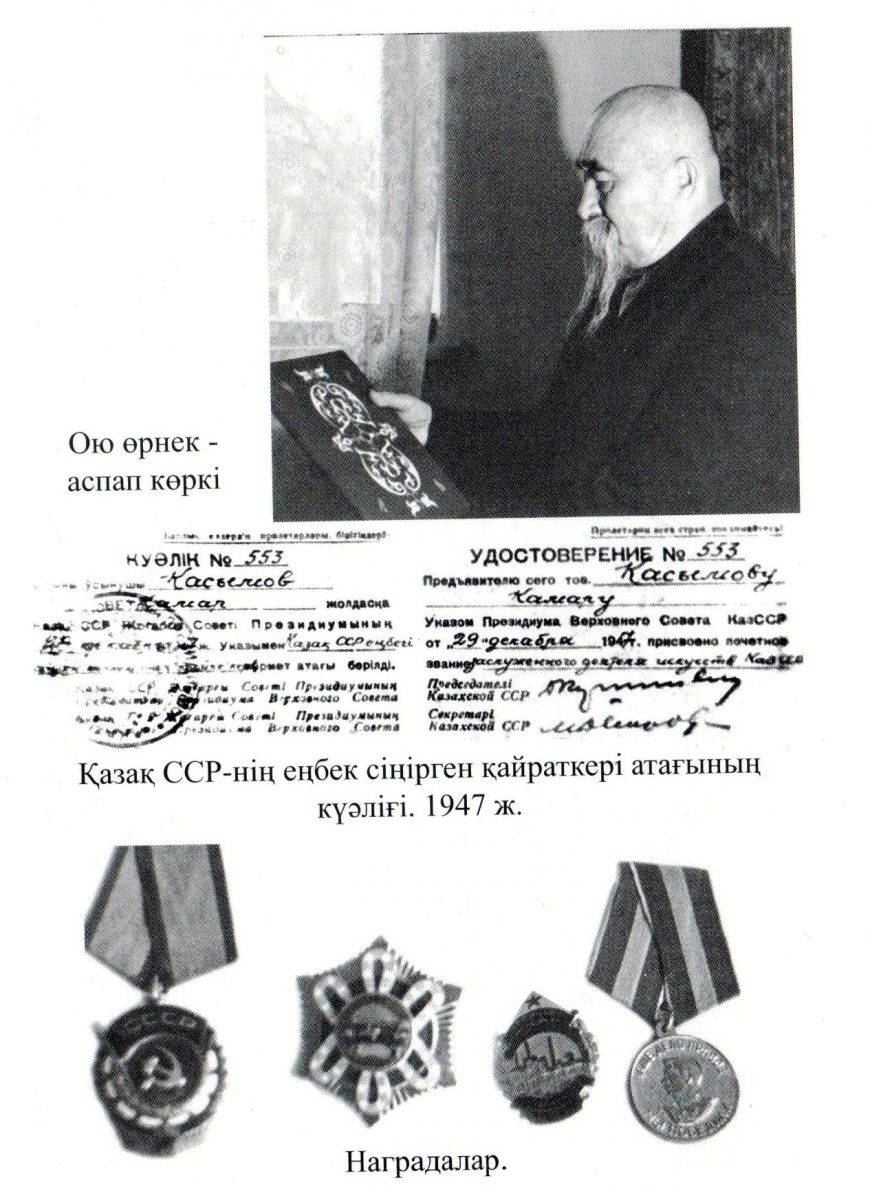 In the earlier days, specially prepared thin intestines of sheep were used to make the strings of the dombra. They were thoroughly cleaned, stretched and dried out. The sound of the instrument with these type of strings had a unique beauty to it. But many contemporary masters had a lot of trouble working with this specific material. Kamar Kasymov’s novel introduction was revolutionary for the art of making and perfection of Kazakh musical instruments. 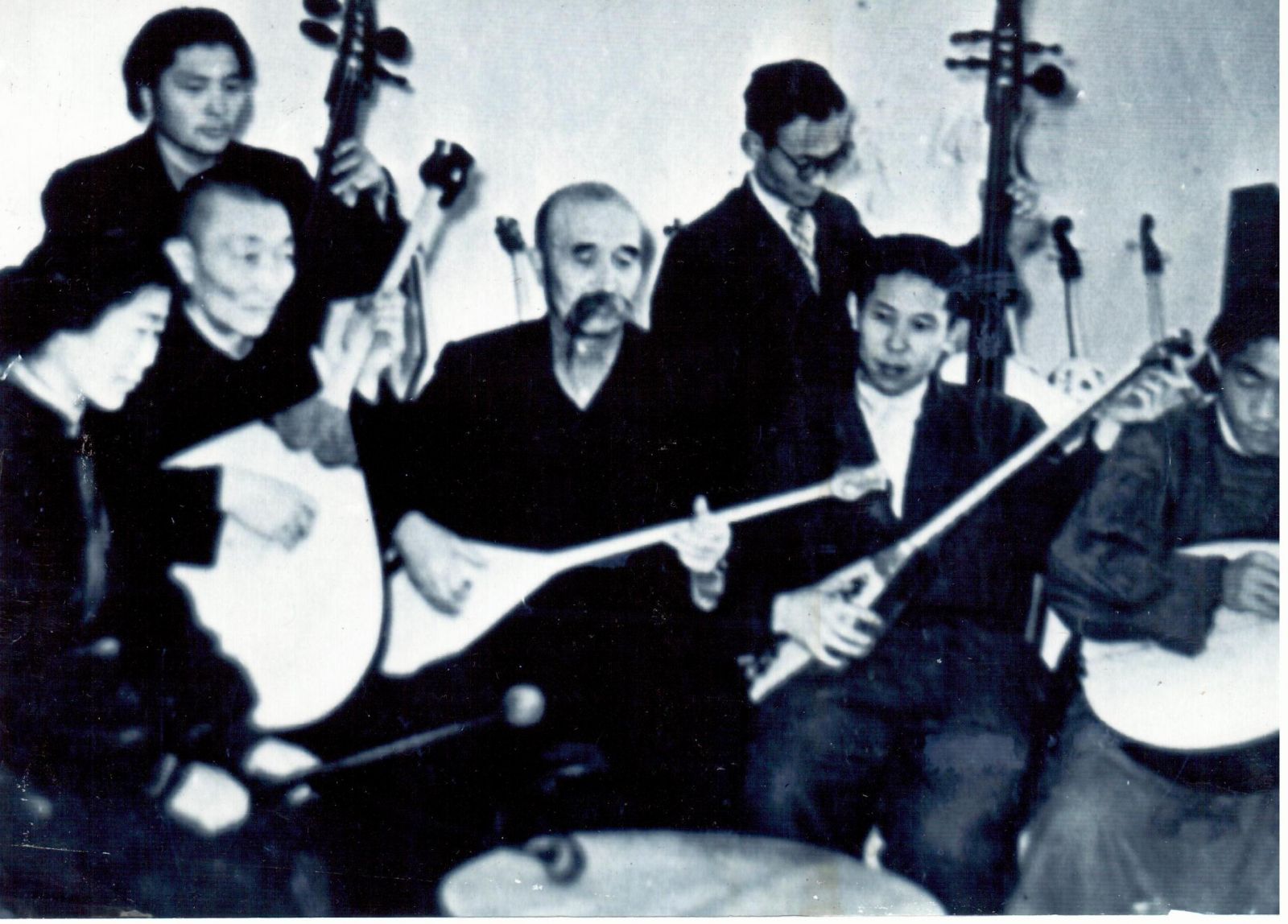 He took part in the making of dombras, kobyz, dauylpaz, sybyzgy and other instruments for the Kurmangazy State Orchestra of Traditional Musical Instruments. All the instruments of the orchestra were specially ordered by Temirbek Zhurgenov - Kazakhstan’s Minister of Education. 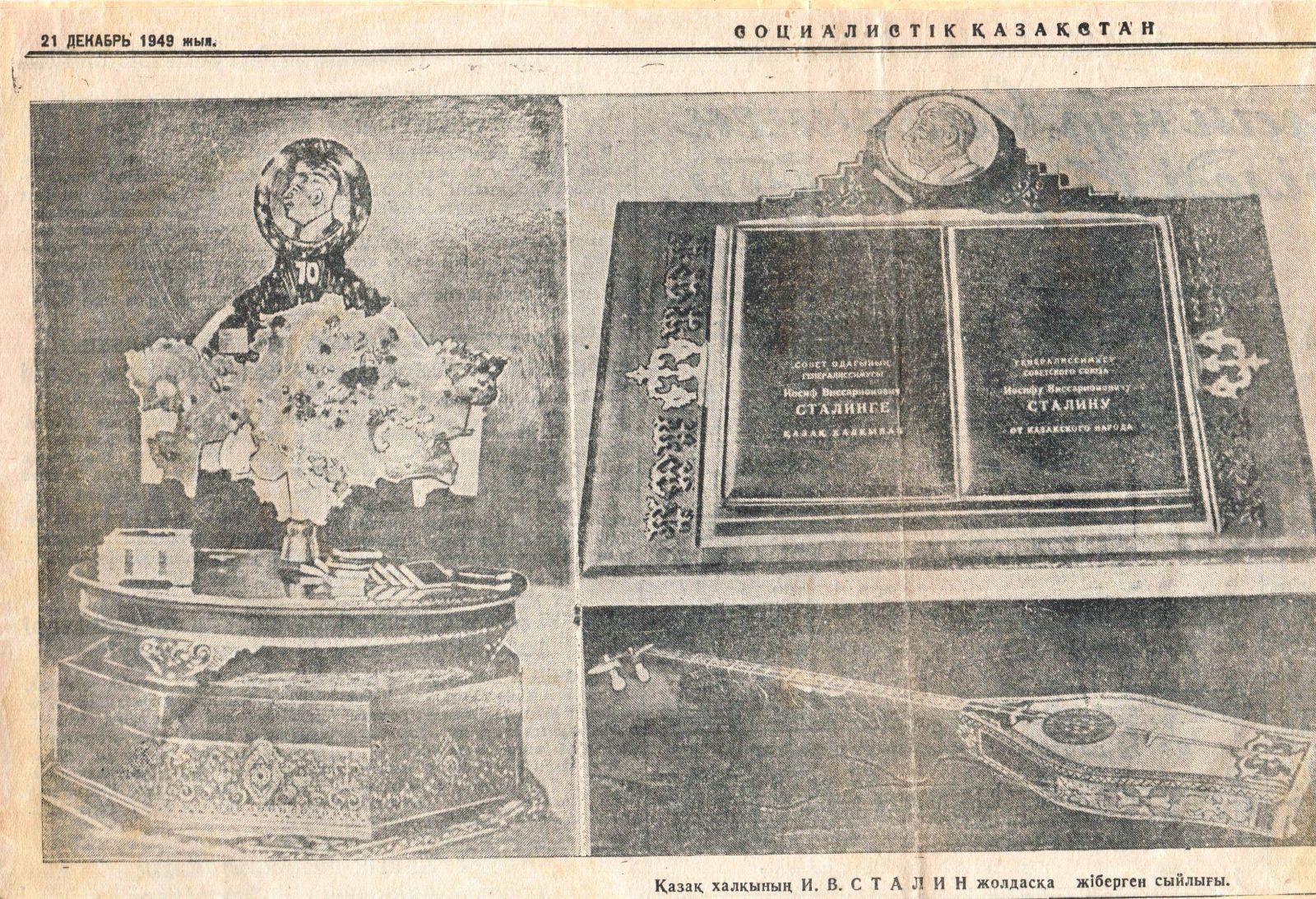 Kanysh Satpayev, the President of the Kazakh SSR Academy of Sciences, Temirbek Zhurgenov, Minister of Education, Bolat Sarbayev, member of the Kurmangazy State Conservatory and first doctoral candidate who became renowned for his historical knowledge of traditional Kazakh instruments, all spoke highly of Kasymov’s talent.

The dombra models created by Kamar Kasymov are very popular in Kazakhstan. Many composers and collectives use them in their work. Dombras made personally by Kasymov were exported to China and other countries of the Soviet Union. 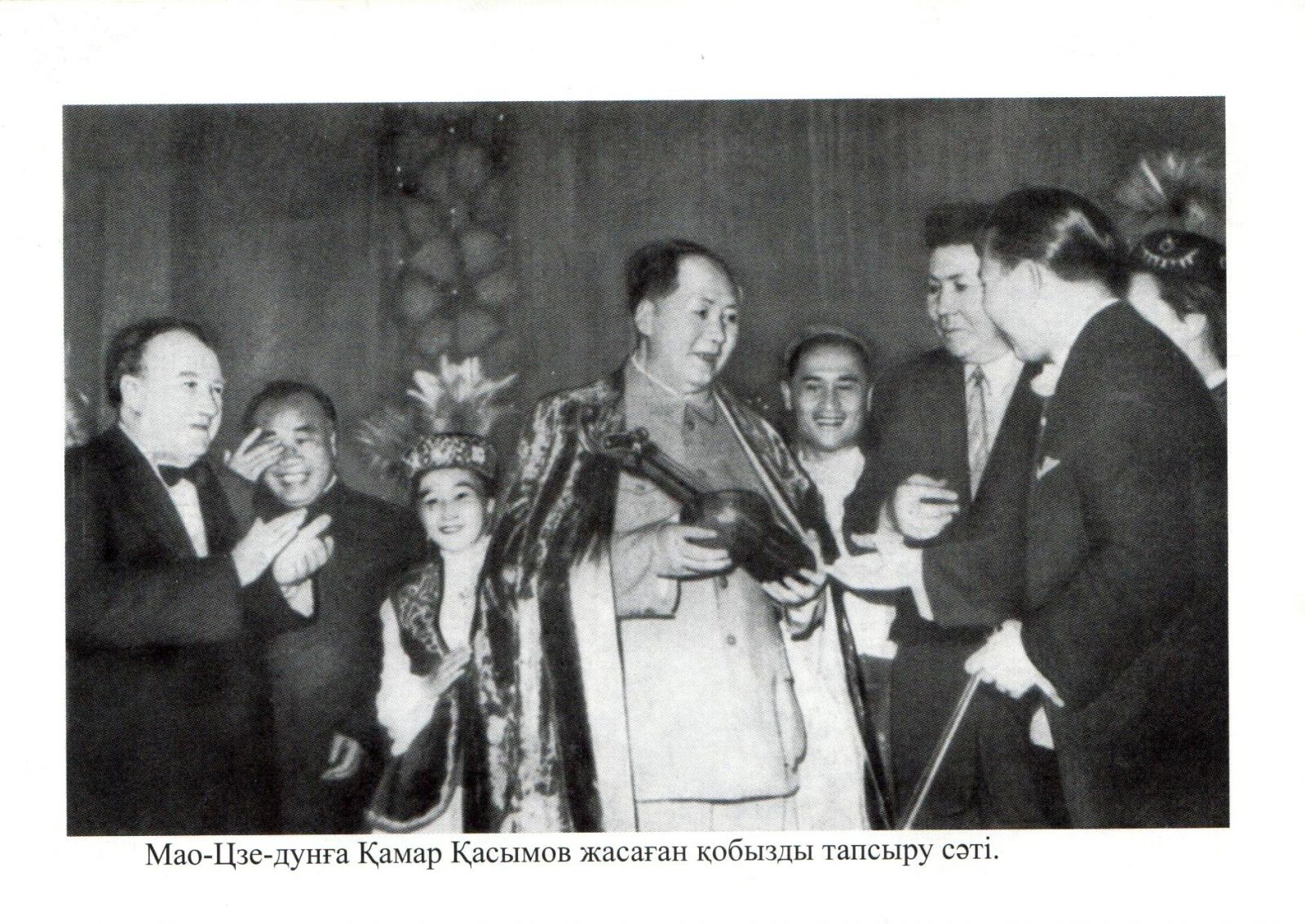 It should be noted that Kamar Kasymov gave a dombra as a gift to the nationally renowned Pavlodar poet Nutfolla Shakenov.By the way, some of Kasymov’s perfectly crafted and beautifully designed musical instruments are preserved in the museums of Almaty, Moscow, St. Petersburg and Semey. 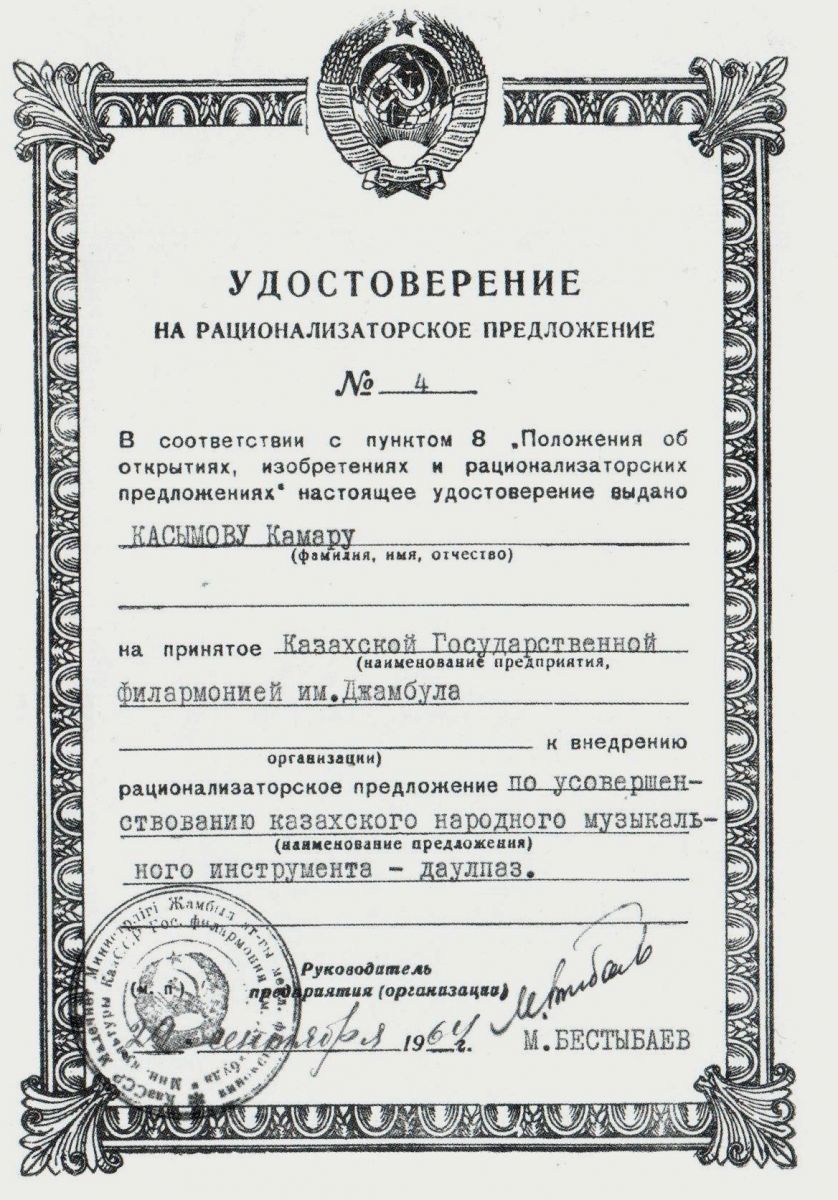 For his courageous laborious efforts and wonderful mastery, in 1947 Kamar Kasymov was awarded the honorable title of Honored Worker of Arts of Kazakh SSR. He was also awarded the Order of the Red Banner of Labour, certificates of commendation of the Supreme Council of Kazakh SSR and other awards.

Erlan Rahimov, Director of Shamsutdinova Museum of the Art of Singing

Use of materials for publication, commercial use, or distribution requires written or oral permission from the Board of Editors or the author. Hyperlink to Qazaqstan tarihy portal is necessary. All rights reserved by the Law RK “On author’s rights and related rights”. To request authorization email to mail@e-history.kz or call to 8 (7172) 57 60 13 (in - 1163)
Қазақша Русский English
MOST READ
Month Year
Kazakh historical drama Tomiris premiered in Istanbul
ALASH IDEA IS THE PROTECTION OF KAZAKH STATEHOOD
Stolypin about the worries and hopes of immigrants to the Kazakh steppes
A tireless explorer of the Kazakh land
SWITCHING TO THE LATIN ALPHABET – UNITE ALL KAZAKH PEOPLE
Kunaev Dinmukhamed Akhmedovich
People who eat horses will kill you
Kazakhstan's participation in the Winter Olympics has a long history
Rebooting a field of science and education
Recorded history of Kazakhstan. Part 1
Historical Dates on the Bosphorus
Recorded history of Kazakhstan. Part 2
Materials on theme
Strive for historical objectivity
Historical meaning of the battle of Atlakh in the fate of Kazakhs
The Story of One Photo photography exhibition opens in Astana
Presentation of monograph “Honor and duty”