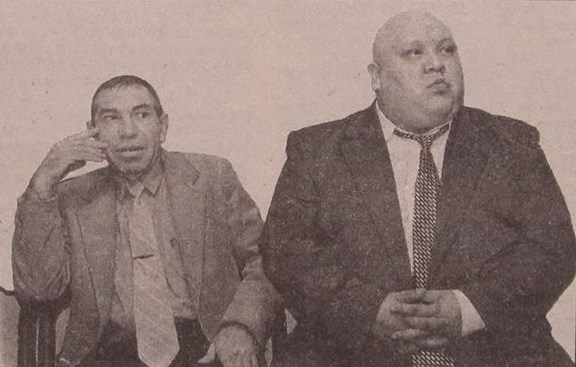 The portal NDH continues to cover the events that happened in Astana 20 years ago. The new capital city had an opportunity to showcase

not just the rapid development of its economy and scientific achievements but also its progress in the sphere of art. Kazakhstan’s cinematographic industry, which got its headstart in Almaty, made its way to the country’s new capital. And so finally, Kazakhstan’s cinema reached the Akmola region.

Materials from the RK National Library Fund of Printed Media were used in the article.

Author: Altynzer Dauletbayeva
Use of materials for publication, commercial use, or distribution requires written or oral permission from the Board of Editors or the author. Hyperlink to Qazaqstan tarihy portal is necessary. All rights reserved by the Law RK “On author’s rights and related rights”. To request authorization email to mail@e-history.kz or call to 8 (7172) 57 60 13 (in - 1163)
Қазақша Русский English
MOST READ
Month Year
Kazakh historical drama Tomiris premiered in Istanbul
ALASH IDEA IS THE PROTECTION OF KAZAKH STATEHOOD
Stolypin about the worries and hopes of immigrants to the Kazakh steppes
A tireless explorer of the Kazakh land
SWITCHING TO THE LATIN ALPHABET – UNITE ALL KAZAKH PEOPLE
Kunaev Dinmukhamed Akhmedovich
People who eat horses will kill you
Kazakhstan's participation in the Winter Olympics has a long history
Rebooting a field of science and education
Recorded history of Kazakhstan. Part 1
Historical Dates on the Bosphorus
Recorded history of Kazakhstan. Part 2
Materials on theme
“My land – Virgin land”
Almaty will host an international conference dedicated to Kazakh diaspora
Infographics dedicated to Independence Day: We have much to be proud of!
The book “Kazakhstan’s trend: from totalitarianism to democratic and law-governed state” was presented