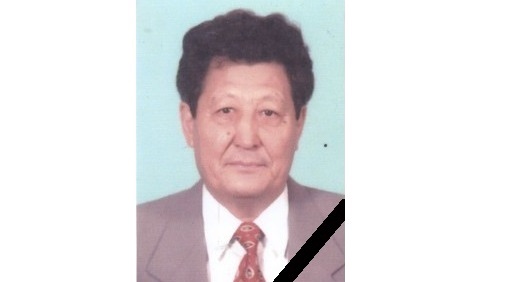 The Staff of the “National Digital History” Portal of “Kazcontent” JSC expresses sincere condolences to the family and relatives in connection with the death of the historian, Professor Tleu Kulbayev

June 15, 2017 died a famous historian, doctor of historical sciences, professor, academician of the Academy of Humanitarian Sciences of the Republic of Kazakhstan, two-time winner of the Union of Journalists of Kazakhstan, Tleu Sadvakasovich Kulbayev.

Tleu Sadvakasovich is known as a military journalist and researcher of the history of sports. All his conscious life he devoted to studying the "white spots" of Kazakh history. He made us talk about the calamities and tragedies of the Kazakh people in the 20th century, about the forgotten exploits of Kazakh soldiers during the Second World War. As a result of fundamental studies of the events of the first half of the twentieth century, he became the author of about 20 monographs.

About his death, wrote and published a message on social networks journalist Marat Tokashbayev. It says: "Only two or three days ago he came to the office, showed an "alarm" copy of his new book. He said that this year he turned 75 and shared his plans that he would like to hold a jubilee meeting in his native Kokshetau, in the area where he previously worked." They say, "A person assumes, but God disposes."

Tleu Sadvakasovich was very industrious person, he spent a lot of time in the archives, and he was a historian who proved everything by concrete facts, brought from archival documents. The main direction of research work was the secrets of the Holodomor, political repression, the participation of Kazakhs in the Great Patriotic War.

The Staff of the “National Digital History” Portal of “Kazcontent” JSC expresses condolences to the family and close relatives in connection with the death of the historian, Professor Tleu Kulbayev.

Materials on theme
History in stamps
The TV project «From the Khazars to Kazakhs» was launched in Atyrau
Cultural walk: Museum of Saken Seyfullin
Kylyshtasu — the revived Kazakh martial art