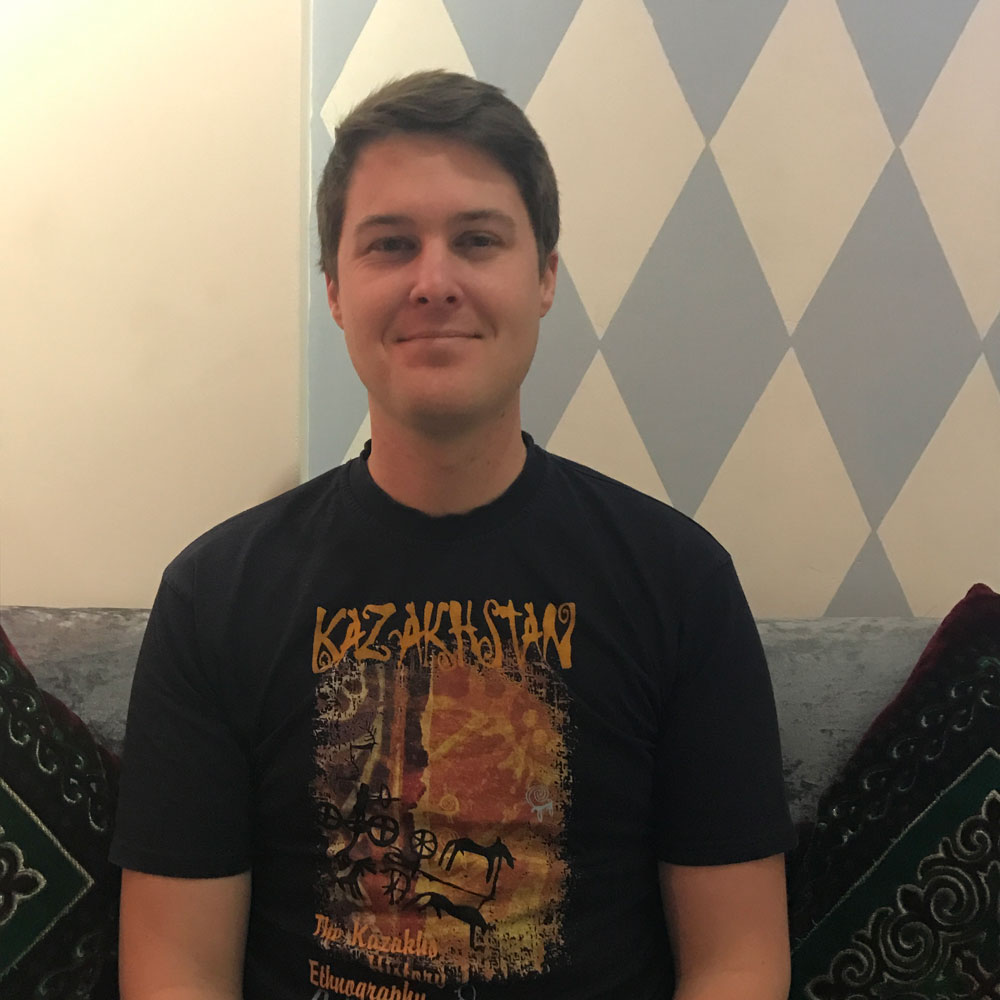 Coming to Kazakhstan 12 years ago Dennis fell in love with Kazakhstan, its culture, language and people. Nowadays, he is deeply engaged with numerous projects on the promotion of Kazakhstan abroad.

We took the opportunity and conversed with our main character who told us about his life in Kazakhstan, occupation and passion.

- How did your life story connected with Kazakhstan start?

- My story with Kazakhstan started when I was in high school. I wanted to go for summer holidays to another country after my junior year. And I found the exchange program in the organization called Youth For Understanding USA (YFU) and I was browsing options to go in the summer to Peru, France, Egypt or Kazakhstan. I became interested in Kazakhstan as I thought it was very strange because most Americans do not know very well about Kazakhstan and I had only just begun to be familiar with the country and Central Asia.

Before, I was enthusiastic about geography, I read maps, I knew about Central Asian republics, so, when I found the opportunity to go there I decided to take the opportunity. Thus, I came here in the summer 2005 and stayed with Kazakh family and I went to a small language school and took courses in Russian and Kazakh. So, my first visit to Kazakhstan happened 12 years ago. 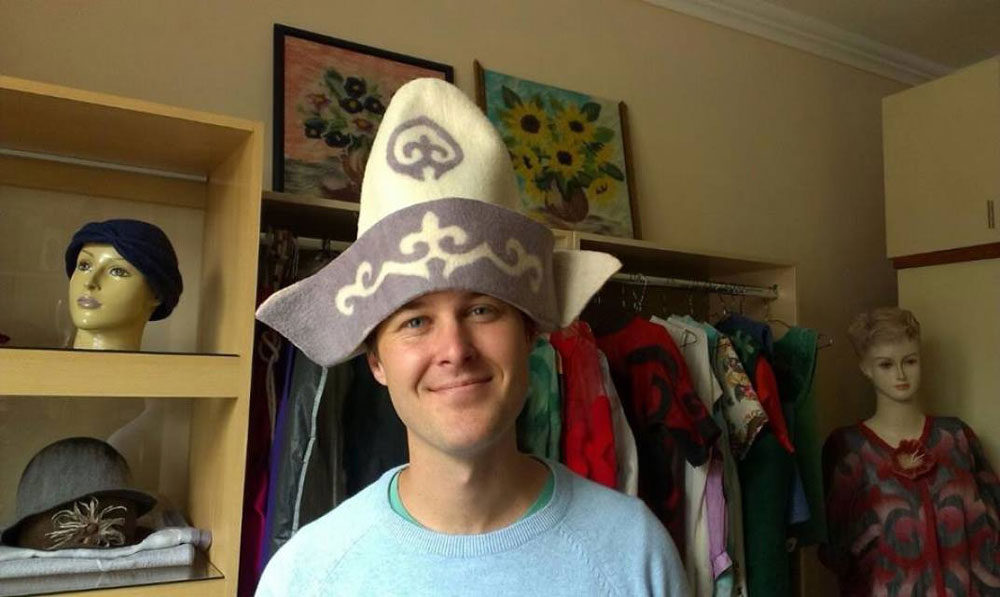 And the amazing experience started. Everything in Kazakhstan was and is for me fascinating, interesting, mix of cultures. And I also fell in love with language learning because I did not learn foreign languages before. As for Latin, it does not really count as it is written language and you do not really communicate it. Here I was learning reading new alphabet, how to talk to people. We used Russian more as people talked to me mostly in Russian, I mean in Almaty.

After that, I decided to major in linguistics and I took Russian as the required language. And I studied Russian for two years at the college, another couple of years just came some projects, including Soviet history. After graduating from college I realized that as I spoke Russian I wanted to go back to Central Asia, so I applied for Fulbright scholarship in Kyrgyzstan, and went to Bishkek, there I did research project about traditional hunting with berkuts. Actually, I started that research before, in Mongolia, where I was for several months. 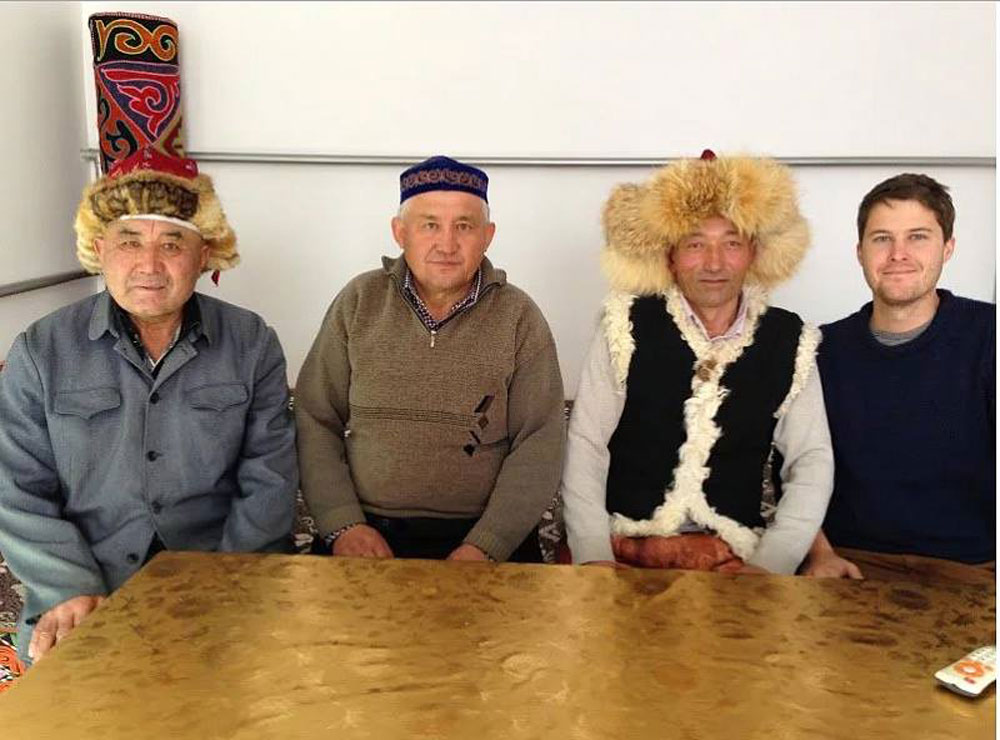 After Fulbright fellowship I went back to America and entered the University for the Russian, Eurasian and East European studies, Regional studies for former Soviet Union and I was able to study the Kazakh language, Kazakh film classes, Kazakh culture, and I wrote thesis about my falconry.

By that time, I moved here for good, three and a half years ago. I got a job teaching English at Study Inn for a year. After that I opened the new school California Academy together with my wife Adisa, who is a director at the Academy. We have got Kinoclub at café Kino on Wednesdays, and I organize some conversations at speaking clubs.

- What is about your job with the TV, websites? 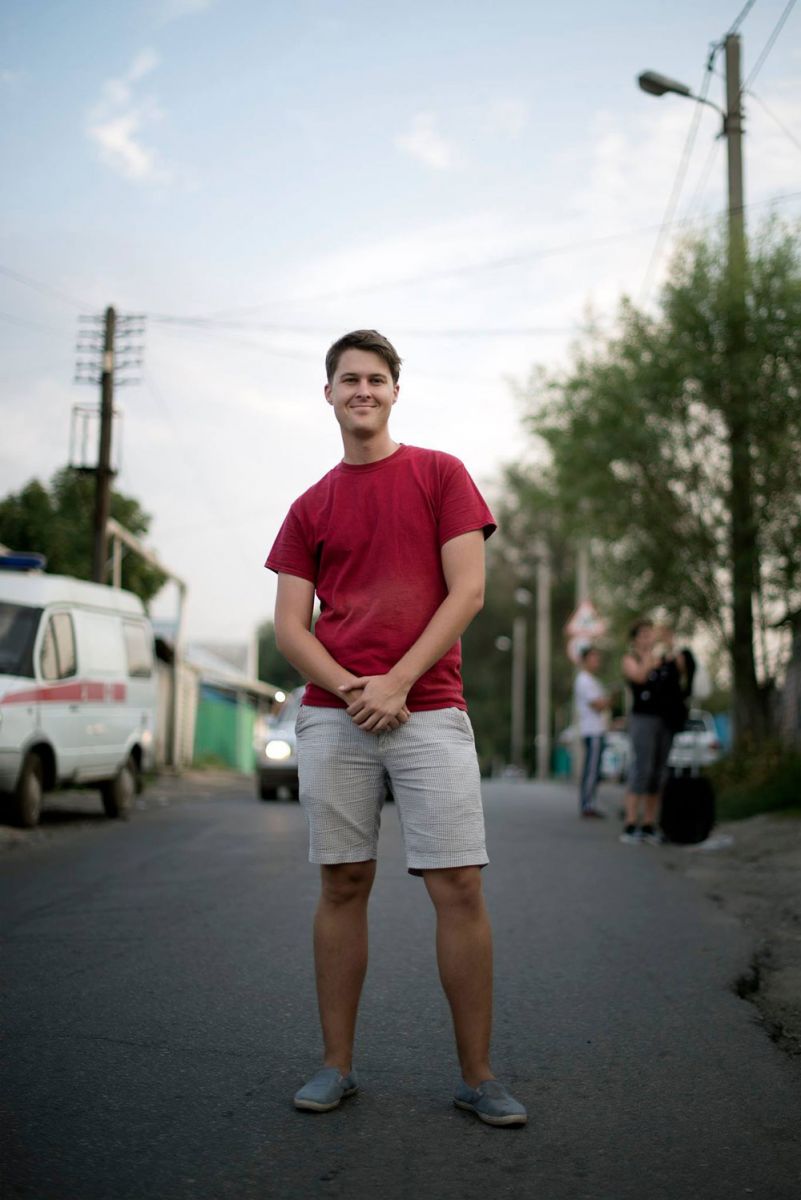 - My full-time job is my TV show, my walking tours and my research. As for TV show I started it last March, it is called Discovering Kazakhstan, Walking tours I started a year and a half ago, so I gave several tours to Almaty Urban village, Food tour to Green bazaar.

Before starting the walking tour I had been walking myself. I walked every day in Almaty and it became a kind of dedicated project. I tried to walk on different streets, neighborhoods every day, took pictures of what I found interesting, especially the details of architecture.

Some people recommended me to guide in Almaty for foreigners as I knew the city, especially some special sights. And I started the project Walking Almaty.

It is my passion. I do what I love to do. My goal is how to make it easier for foreigners to know about Kazakhstan, visit it. That’s why I did my falconry project in English in order to talk about this tradition, or Walking Almaty or any other kinds of things. And I found that in Kazakhstan is a lack of information in English. So, I always do what I can publish and share information in English about Kazakhstan because most people who came before me wrote mainly in Russian and Kazakh.

- Could you tell more about the research you mentioned?

- Last year I started the project Neighborhoods of Almaty. I am doing research about the history of Almaty’s various neighborhoods, specifically, about the periphery of Almaty. Everyone knows about, let’s say the area from Abay to Tashkentskaya, Seifullina streets because the information about the location is available. But people do not know much about surroundings, more distant places that they start forgetting about the history.

And I am planning to write kind of guide books about Almaty neighborhoods and the Green bazaar.

By the way, I already give food tours - the most visited and attractive places in Almaty. All this kind of food they had never seen before or never tried before. There are no sufficient signs in English, nobody knows what is happening. So, I thought I would make a list of every single product in English also, telling stories about those foods, their history.

- What is about your program “Discovering Kazakhstan”?

- “Discovering Kazakhstan” on Kazakh TV was an existing program, it was hosted by a Jonathan Newell all around Kazakhstan. Once they were unable to continue program they invited me for the next season. So, I started last March and with the program we had been to Uralsk, Western Kazakhstan, Shymkent, Turkestan and Sairan.

One more project I had last year was Walking Kazakhstan, with the support of the US Embassy I went to 7 Kazakh cities. And for few days I was able to visit each Astana, Pavlodar, Oskemen, Semei, Taraz, Shymkent and Kyzyl-Orda. These cities have American corners.

- What are your plans for the future? How much time are you going to stay in Kazakhstan?

- It is always hard to say about future. And for now I have got a lot of exciting projects. I have a family here because my wife is a Kazakh, my friends are here.

The only Kazakh cultural center in North America is located in San Francisco.

And they have speakers and presentations all around Central Asia. I gave the presentation there in December with Walking Almaty tour. To add, they have film screening, singing clubs every week. People abroad try to promote Kazakh culture. They celebrate Nauryz, prepare kozhe, beshbarbak.

Sure, it is such a Kazakh thing to give bata (laughing). When I was on the street shooting Discovering Kazakhstan (it was fire inception at Al-Farabi Kazakh State University) Kazakh flags were spread to everybody and people were shouting “Alga, Kazakhstan!” and singing Kazakh folk songs. I wish this could occur not only in terms of sporting events, while doing Olympics and Universiade, but that is something that every country needs because that is what brings people together and gives people a common purpose.

So, my wish for the people of Kazakhstan is to find the future when everybody is proud of their country and work together to improve it!

- As you know Kazakh could you say some words about Kazakhstan in the Kazakh language?

- Thank you for your time and the interview!

Materials on theme
History through the eyes of tourist: “Golden man” – as the symbol of historical culture
Exhibition “The Leader’s Path”
Archaeologists from Uralsk demonstrated artefacts from the grave of Golden Woman
Cultural Walk: Museum of South Kazakhstan Regional History