Home News The heir of Alash

The heir of Alash 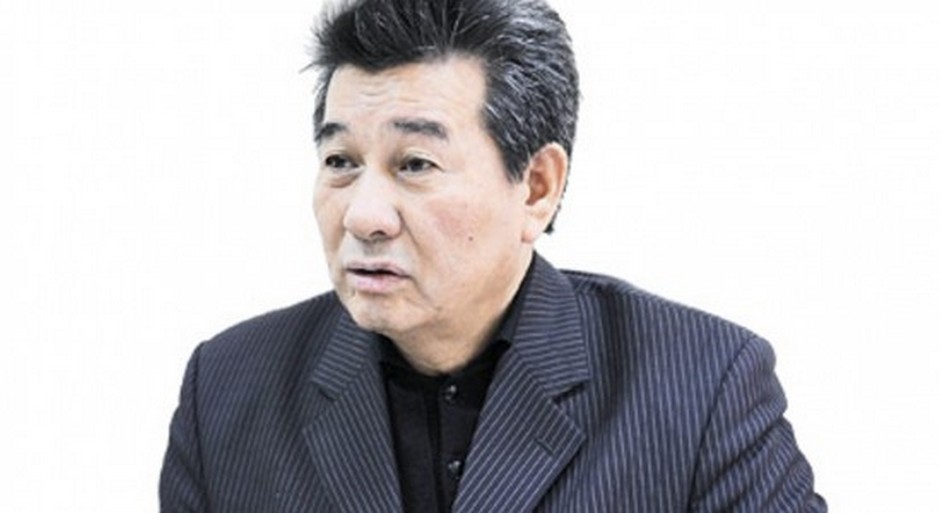 One of the few professional historians, who takes a special place among local researchers, Mambet Kulzhabayevich Koigeldiyev celebrated his 70th anniversary.

He is well-known as historian and scholar of Alash studies. The personality of famous scholar who was successful in education and science was a bright example for the next generation. Such research projects as ‘Alash Studies’, ‘History in narration’ and other fundamental research projects formed in domestic historical science during the years of independence, already give its results.

We would like to share secrets about those past years starting with post-graduate study at Faculty of History of al-Farabi KazNU and ending with official relations between research advisor and graduate students that evolved into warm and fraternal friendship. In the mid-1990s, the name of head of ‘Modern and latest history of Kazakhstan’ department, PhD, professor Mambet Kulzhabayevich Koigeldiyev was mentioned for graduate students of the Faculty of History majoring in ‘National History’ of Archeology and Ethnology Department of al-Farabi KazNU. That time he was known by works on Alash movement. As Mirzhakyp Dulatov said, it was the time when you ‘acquire skill of science”. Professor Serik Zhakypbekov said on the next meeting: ‘Theme of Alash became remarkable for him’. Mambet Koigeldiyev, who handle with Department management and research works, could combine academic process with scientific work. He gathered talented and gifted students around him. The topical issues of the nation’s history covering hard times of Alash movement, history of Kazakhstan in 1917-1918 were reflected in the following research works under his supervision: ‘Activity of Kazakhstan authorities under Provisional Government’, ‘Kazakh committees: history of formation and activity’, ‘South Kazakhstan during two revolutions of 1917’, ‘Islamic movement in socio-political life of Kazakhstan in the early XX centuries’, ‘Kazakh congresses: considered issues, solutions and their implementation (1917-1918), ‘Kazakhstan in preparation for the meeting of all-Russian kurultai and protection of its ideas’, ‘National liberation uprising of Kazakh and Kyrgyz people in 1916’.

Therefore, research works about the difficult issues of history, distorted in the Soviet historiography and gained another meaning, became well-known. So, period of Alash Studies School’s formation of professor Mambet Kulzhabayevich adjoins with the ‘Concept of forming historical consciousness in the Republic of Kazakhstan’ of 1995 year, the Year of Interethnic Concord and Memory of Political Repressions in 1997 and the Year of National History in 1998.As Nabizhan Mukhametkhanovich specified: ‘His active work in the field of education and science coincided with the period of independence. It can be considered as the second period of public and scientific activity of the scholar’.

As a result of hard work, Mambet Kulzhabayevich successfully defended his doctoral thesis in 1994 on theme ‘Public-political activity of Kazakh democratic clerisy (early XIX-XX centuries)’. In the same year, he published collections of works by Alikhan Bukeikhanov, in 1995 he published book ‘Alash’ movement’. It is also worth mentioning that Mambet Kulzhabayevich especially inspired, when he said that Bukeikhanov was the leader of Alash movement. Once we participated in one scientific meeting of National Science Academy of the Republic of Kazakhstan. Scholar of Akash Studies, historian-schoalr Kenes Nurpeissov said: ‘Our Mambet is ready to fight against those, who mention Alikhan Bukeikhanov’. It was the exact definition about my teacher, we can give evidence to it. We can safely say that there is no person who studied the theme of Alash movement and Alikhan studies better than him. He comprehensively and deeply studied these themes and taught others.

We started to know professor Mambet Kulzhabayevich from different sides during the study at graduate school and defense of PhD thesis. We witnessed how he respected both elders and young people. He could show the character, when it was required and treated everyone fairly, he was very hardworking and always cared about youth. He forced professors of the department to conduct lessons for job seekers and graduates, and demanded not to steal works. He said that the Department should not interfere with graduates and candidates to be engaged in science. Such qualities enhanced his reputation among graduate students. People admired and envied him. We say so, because some prominent scholars tartly said us: ‘You all five-six people would continue to write about problems of 1917-1918 years?’. We, graduate students talked among ourselves: ‘If you are better than our teacher, why don’t you supervise five-six dissertations on difficult period of Kazakh history as he does? You say so because you do not understand these issues’.

Kazakh National University, that kept tradition of education and engagement in science is very strong. It was a great achievement to enter graduate school after university graduation. In the mid-1990s it was necessary to defend thesis for work at higher educational institution. There was only one way – to have a good supervisor, choose a relevant research topic, approve it and if there is an opportunity, to enter graduate school. After admission to graduate school, we understood the words we hear so often in scientific community: ‘If you choose a good theme – it is a part of your victory’. It was difficult to choose a scientific supervisor and obtain his consent. There were a lot of questions in my head – ‘How should I start conversation?’, ‘How will he speak to me?’, ‘Can I satisfy his expectations?’ You should take a lot of steps, even count every step in order to come directly to scientific supervisor without ‘middle man’, you could fall off the ‘thin bridge’ of science. I entered graduate school by direction of Korkyt Ata Kyzylorda State University by after internship at KazNU under scientific supervision of Mambet Kulzhabayevich. We went through a big school during the study at graduate school, we understood what purity in science means.  We learned it from Mambet Kulzhabayevich. In my last year of graduate school, I passed pre-defense at Department and in June of 1999, I successfully defended my PhD thesis.

Professor Serik Kurmangaliyev suggested to issue ‘Orders and solutions of Kazakh congress’ in the form of anthology and introduce it in academic process of University during my pre-defense at the Department. That idea realized in 2007 under the direct influence of my teacher, professor Mambet Kulzhabayevich. The fourth volume of multi-volume study ‘Kazakh national liberation movement’ issued under the state program ‘Cultural heritage’ was called ‘Kazakh congresses’. I cannot forget instructions of my scientific supervisor, he gave me during the writing and defense of thesis: ‘You should love the work in order to write this thesis to the end’, ‘You should write at least half a page a day to defend it in time’, ‘nobody knows this theme better than you’, ‘you should have your own opinion in all circumstances’. I remember these words and realize, those were the words of a mentor, who prepared his student to a big life. He wanted to teach ability to defend yourself and master deep knowledge. We went through a large school at graduate school of KazNU, adapted to scientific community and formed our understanding. This is the great merit of my teacher, scholar and historian Mambet Kulzhabayevich. I am very grateful to my teacher.

Materials on theme
Tselinograd. Akmola. Astana.Time-travelling
A solemn meeting devoted to the Independence Day of the Republic of Kazakhstan was held on December 14, 2013 with the participation of the President Nursultan Nazarbayev.
“My Country. My Family. My History” photography project
The story of one photo. The Ayteevs