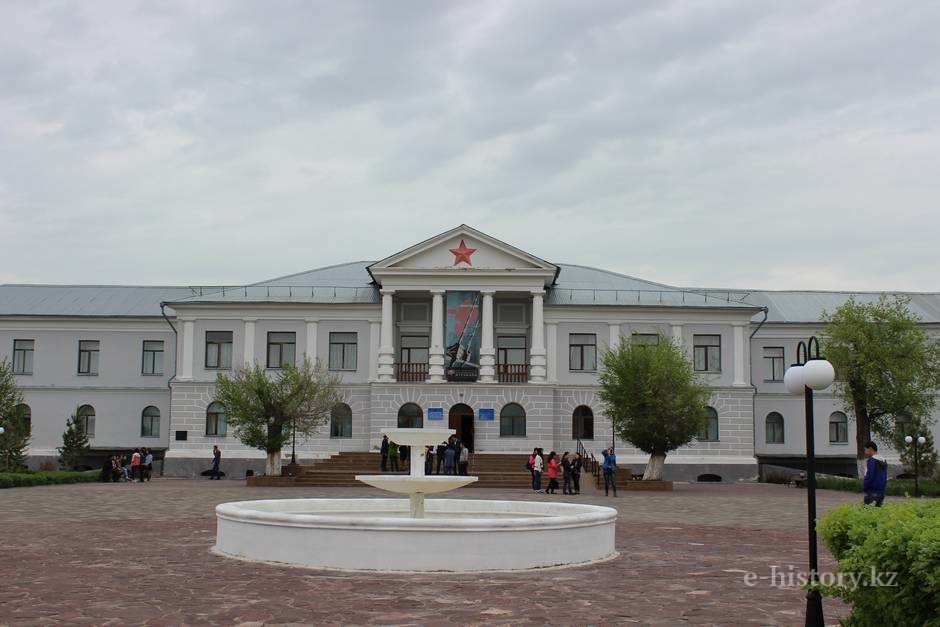 Thousands of dispossessed peasants, politically unreliable groups of different nationalities, numerous figures of art and culture were sent under guard to the Kazakh steppes.

30-50s were fatal for the Soviet country, since mass political repressions were carried out. The Gulag (Chief Administration of Corrective Labor Camps, Moscow) had the net of labor camps everywhere in the USSR. The largest branch was Karlag with the office located in the town Dolinka, where the Direction of Karaganda labor camp was located and affected the entire system of Kazakhstan camps. 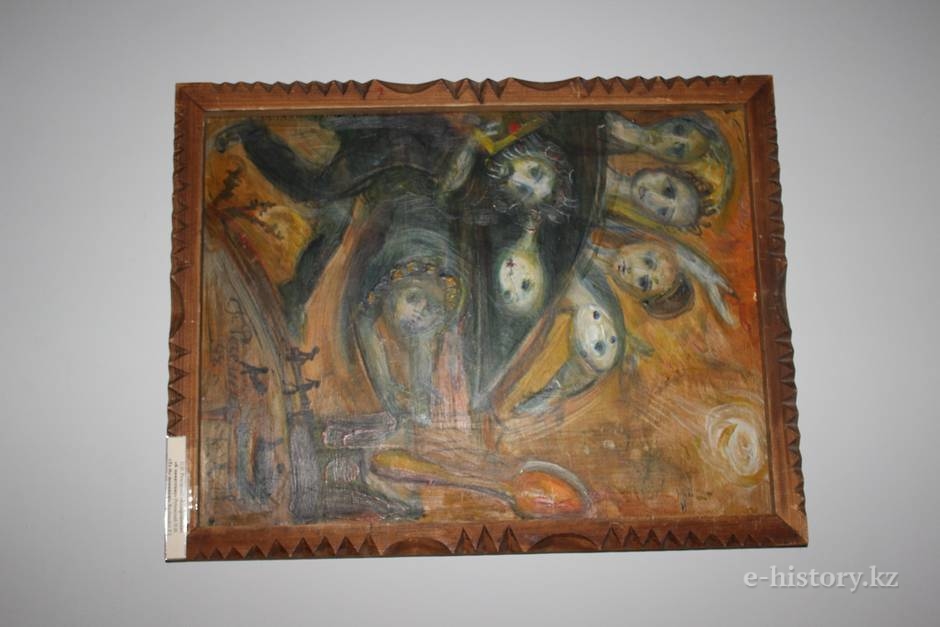 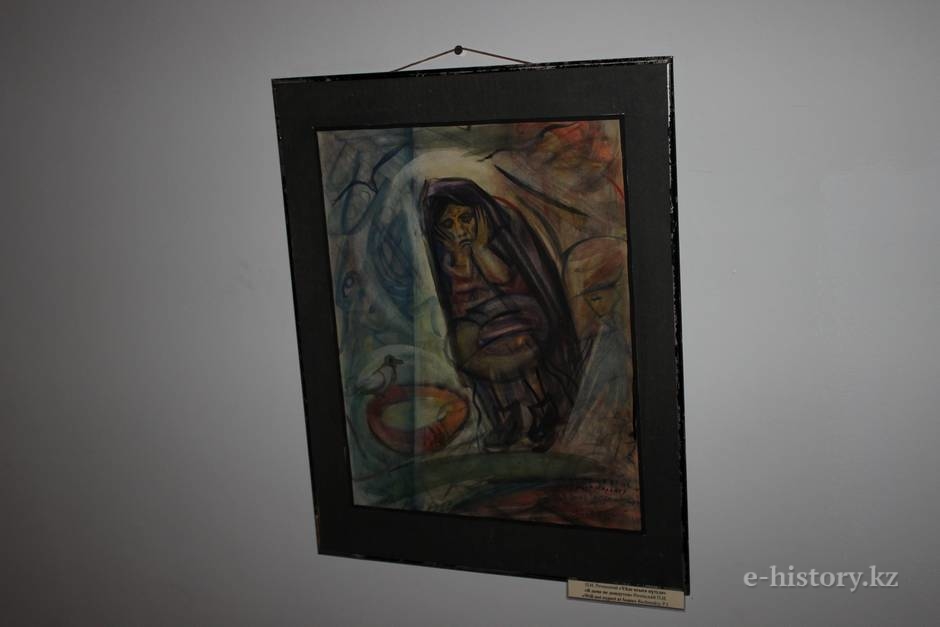 We can see miserable earthen barracks, where prisoners led uneventful lives from the camp drawings in the albums of Karlag prisoners P.Antipov and A.Vasilyeva. L.Premirov is a long-term prisoner of the camps, the only from artists who devoted his work entirely to the theme of the Gulag. His graphic self-portrait «I remember» gives unforgettable impression. Tragic stories from the camp life are showed realistically impressive by him: the unbearable conditions of the prison transfer, sufferings of prisoners and cruelty of the guards. 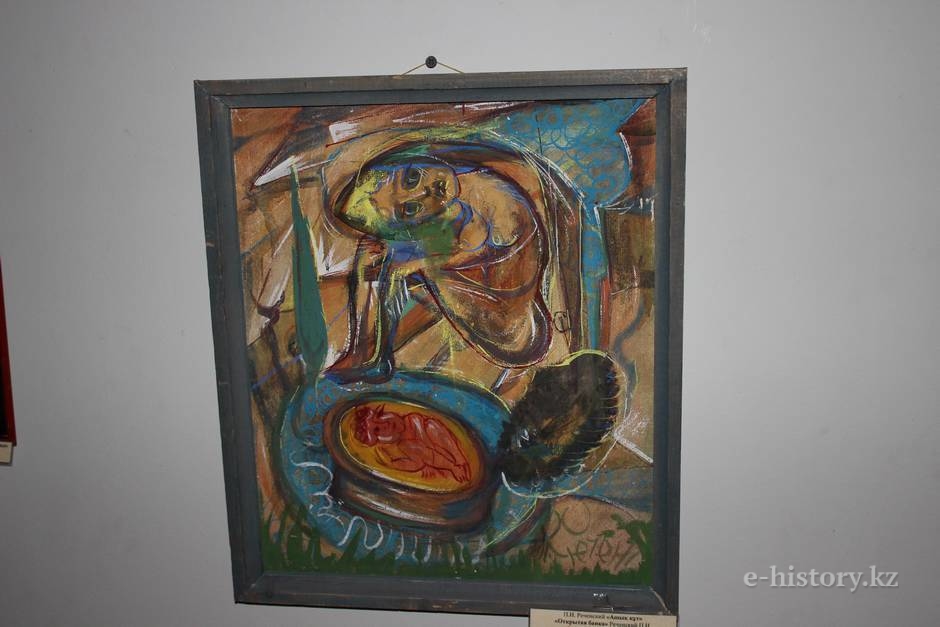 Prisoner of Karlag and artist P.Frizen created self-portraits after liberation in 1946 and 1961, the second of which is full of dramatic character. There were many women-artists in Karlag in Dolinka and its division Alzhir in the town Malinovka, who distinguished themselves as decorators of stage production.

Among the displaced and deported due to the German nationality, V.Eifert is an outstanding artist, teacher and head of art studio in Karaganda in the 50s. 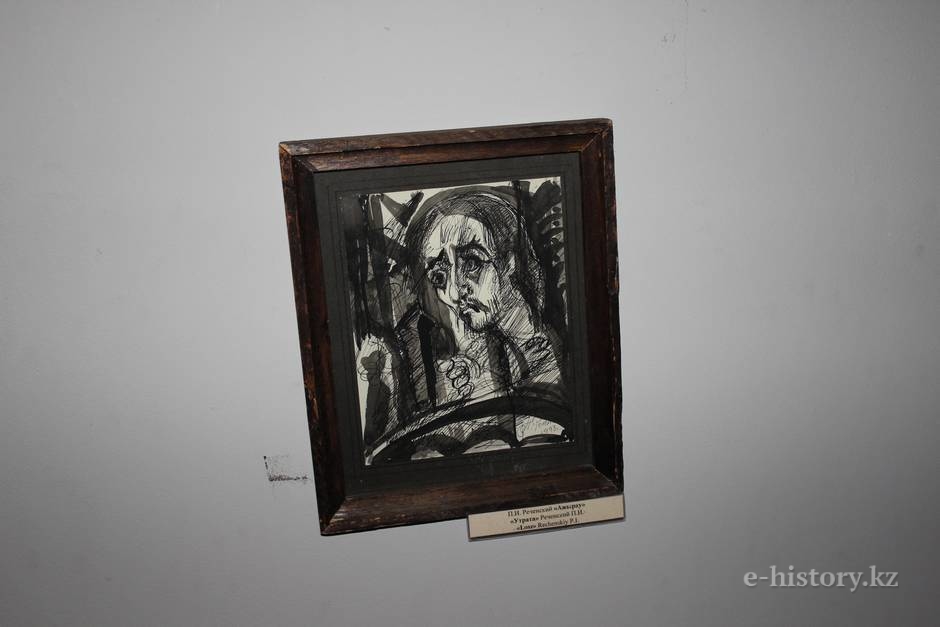 History of industrial Karaganda-glorious miner’s capital, as it is revealed now and dramatic, unprecedented development of Karlag’s history in the world, barrack-settlements inhabited by special settlers and exiles; the fate of clergy and monks, in the majority of victims in the steppe camps. 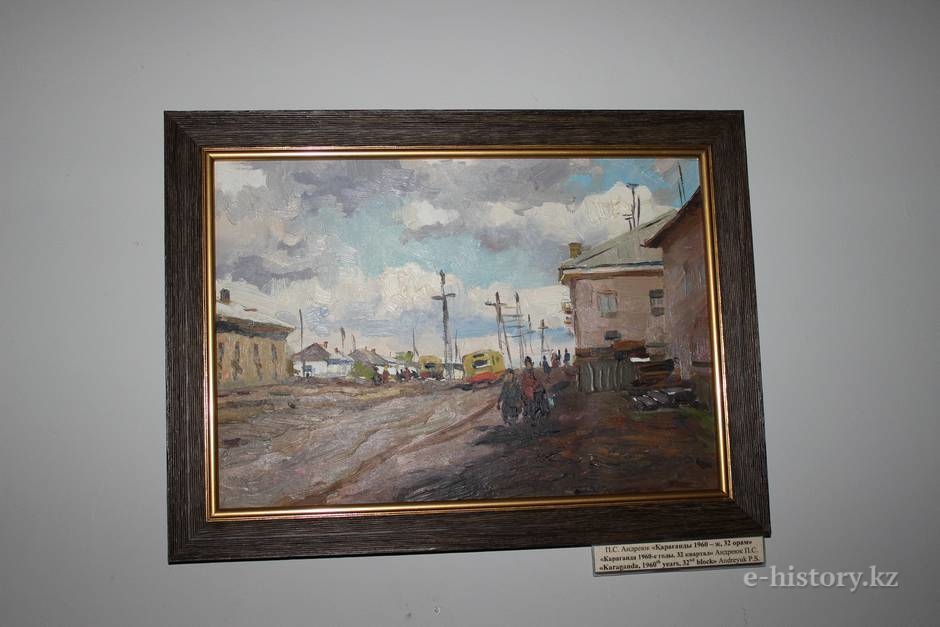 The painting «Fatal 30s» by A.Osipenko recreates the image of an ordinary Soviet person who is «crucified» between the Gulag column and the Kremlin tower and hundreds of burning candles is the memory of people of ruined lives.

Artists, along with writers who overcame fear, whose spirits are directed in the future could fill the pages of «the chronicle» about the misdeed of Karlag.

Materials on theme
A Roundtable meeting "Zhuz khariya, zhuz auyl, the mysteries of ornament, shezhire"
Belarusians of Kazakhstan
A little bit about the Kazakh Khanate
The Day of the national currency - tenge