Houses of merchants in North-Kazakhstan oblast 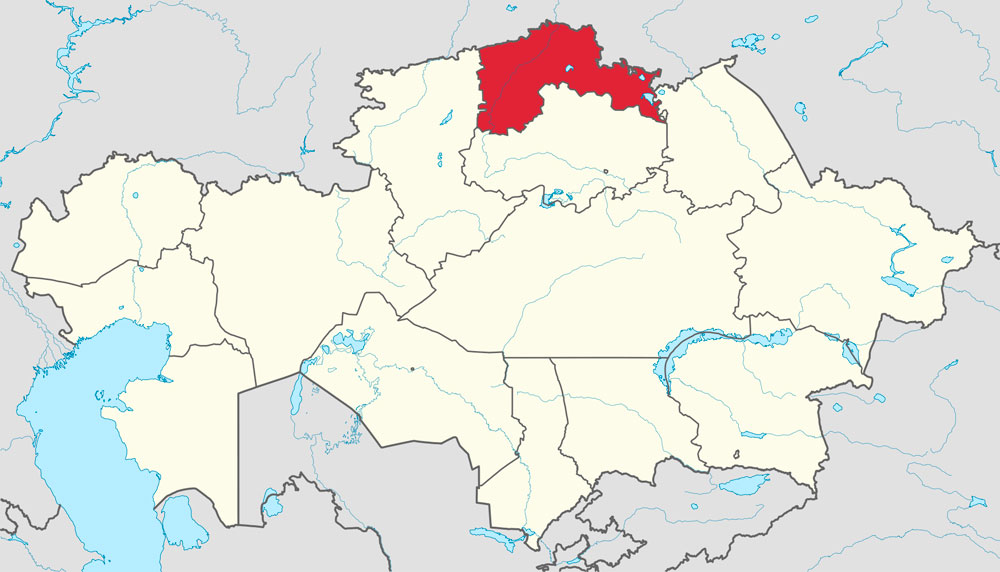 Each building in the given region has got its own history and designation.
In the city of Petropavlovsk the architecture, namely, the houses have got their own history, the given here are the houses of merchants. 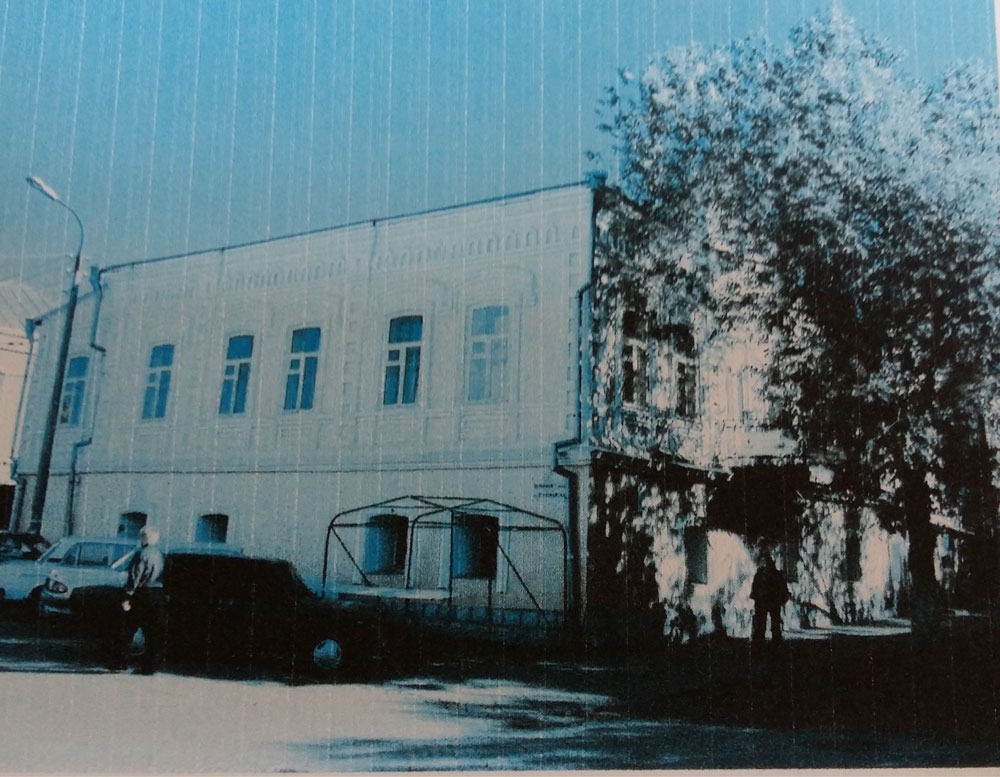 Till 1917 the house belonged to Fedorov who gave for rent the first floor of the house for the billiard hall, pharmacy shop and other various buildings to other institutions and private persons. Also, since 1892 in this house the post-telegraph office was placed. In early XX century Fedorov sold the house to the merchant of the first guild to Grigoriy Ivanovich Kazantsev. Consequently, the house quite often changed residents.

The building is made of brick, in the project has got a rectangular form with a not big construction from the side of the yard. The outer walls are finished in plaster and covered with whitewash. Street facades have rich decorative laying on the wall surfaces. Figurative walls, pillars give the special expressiveness and strictness to the building. In a very interesting and unusual way the plates around windows are performed. At the main facade there is the balcony fastened at the metallic, coated with iron, curved consoles and having decorative metallic fencing.

The building is the example of historical planning of provincial merchant’s city peculiar for XIX century, expressed in planned complex building of residential, trade, store, economic and other subsidiary placements in central part of the city.

Materials are kept in the funds of North-Kazakhstan state and Center on real property in North-Kazakhstan region of the Committee of Registration service, Ministry of Justice of the Republic of Kazakhstan.

The building is taken under the guard by the decision of Petropavlovsk City Executive Committee (#115 as of 18.03.82 y.) 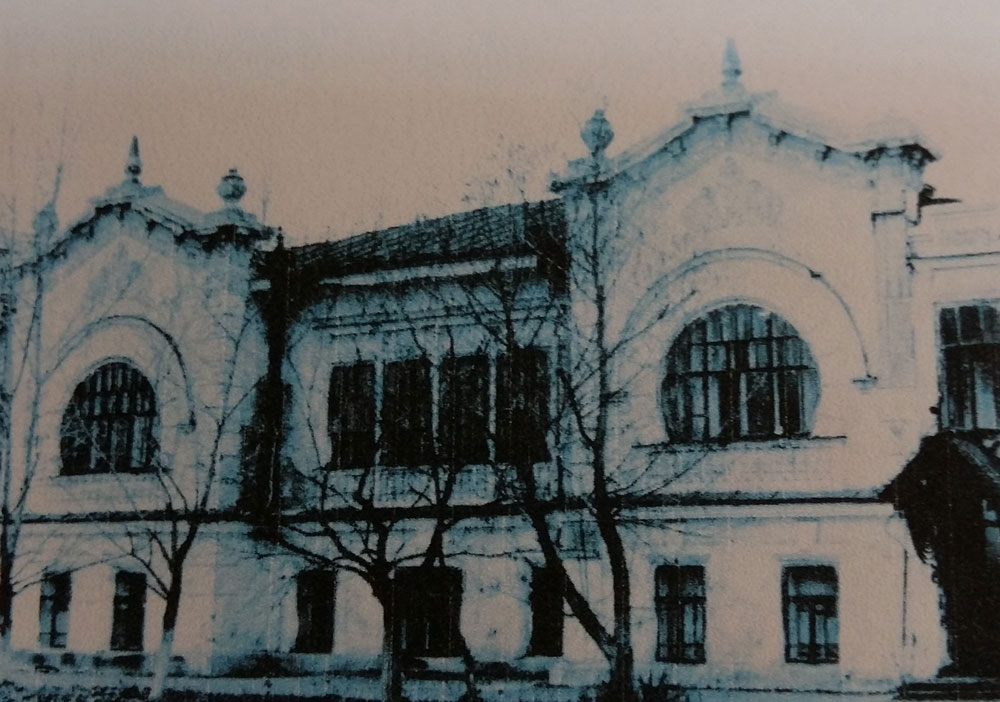 It is located at the corner of Uljanov and Gorkij streets.

It represents the two-storey wooden, finished in plaster with whitewash of late 19 century. The main facade is symmetrical, abundantly decorated with the plaster of floral motive, has huge round windows. In the first years of the Soviet power Yanguzarovs’ house was given under the administrative building of Petropavlovsk Sovdep. In the 20s here was placed the headquarters of special designation CHON, in structure of which was regional financial department, then Gosstrakh, and since 1998 the building was given under the medrese to North-Kazakhstan regional branch of the organization «Spiritual union of Muslims in Kazakhstan».

2nd half of XIX century (Archit.) 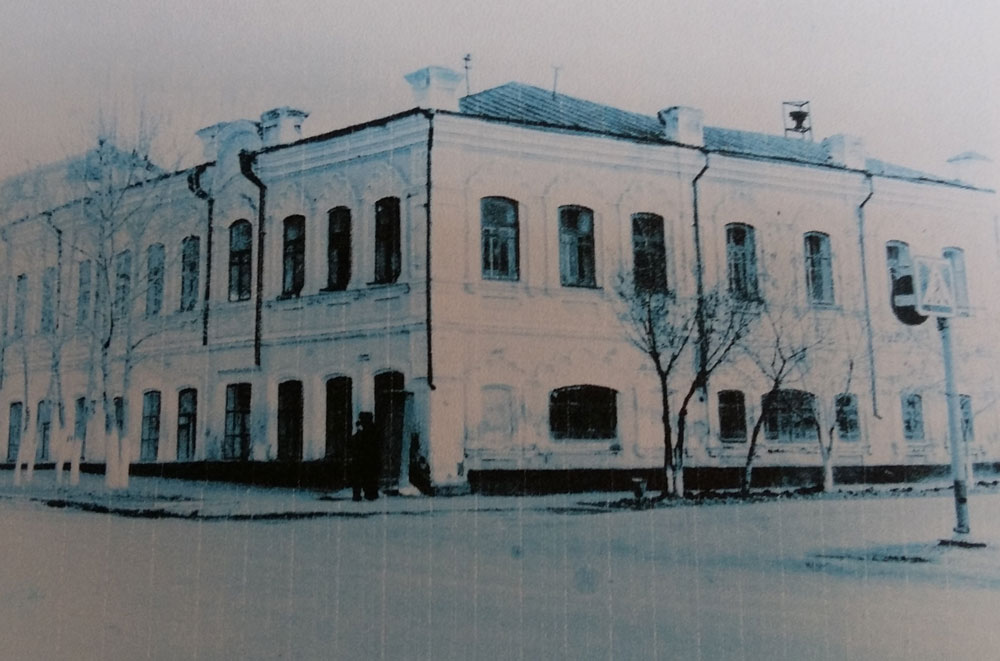 It is located at the corner of Pushkin and Konstitutsia streets.

Kazantsev’s house , merchant of the 1st guild. Grigoriy Ivanovich Kazantsev was the grandfather of writer-fantast A.Kazantsev. The building adheres to a similar building, thus, the closed inner yard appeared. Facades from the outer side are decorated with brick relief laying, expressively furnishing window embrasures. On the lower floor of the house is situated the shop of economic goods, on the second floor — the office and merchant’s flat. At the present time here are placed trade establishments.

The second half of XIX century (Archit.) 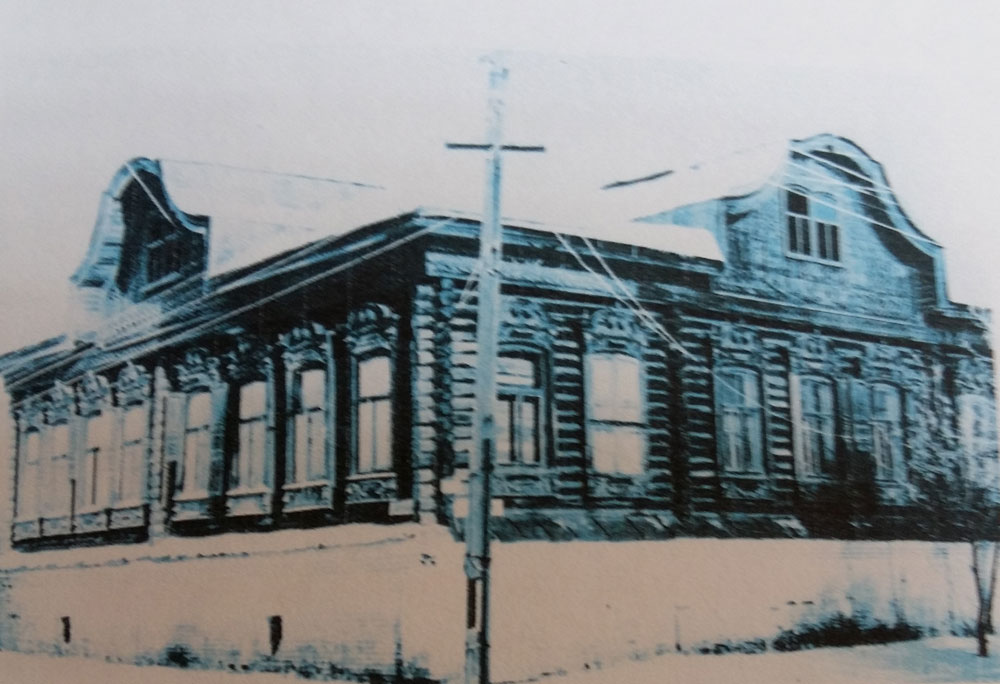 It is located at Volodarskaya street, 34 (corner of Sakko and Vantsetti streets).

The house which belongs to Shulepov Ivan Alekseevich in the past was built in the second half of XIX century. The master of the house was engaged with the production of carriages, sledges and so on. During different years of the Soviet period the building was occupied by educational institutions — schools # 5 and #16.

The building is half-stone, lower, basement is made of brick, upper — wooden made of logs. The foundations of the building are made of brick. Monument facades are decorated with wooden carving, especially prominent at two roofing located at main street facades.

The building has got wooden built veranda.

Materials on theme
Mysterious birth of monument
The old-timer building. The house of the merchant Yuzefovich
Election will give opportunity to decrease budget expense
Traditional life in the steppe: women and baby birth