Combat headgear of ancient and medieval nomads of Kazakhstan 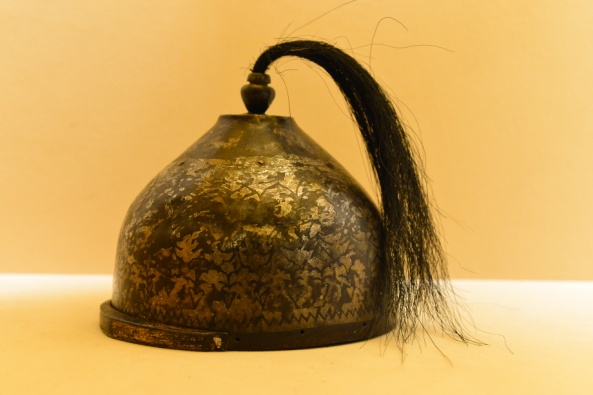 Saka warriors always paid attention to the protection of the head, the most assailable part of the body from weapons.

Combat headgear of Saka tribes (VIII-III centuries BC). In the first millennium BC, numerous tribes with common culture, similar language inhabited the south, south-west Kazakhstan, in the steppes of Aral-Caspian and Persian called them «Saka» in their written sources and the ancient authors called them «Asian Scythians». Their living space covered the territory of modern Kazakhstan, Central Asia, Siberia, Altai and Northern China. Data from various written sources, in particular archaeological materials indicate a high level of military affairs and armament of those nomadic tribes.

Saka warriors always paid attention to the protection of the head, the most assailable part of the body from weapons. Original military headgears were felt and leather hoods. Saka metal helmets were cast from bronze. Three bronze helmets were found on the territory of Saka tribe settlement.

The first Saka helmet of «Kuban» type was discovered on the territory of Kazakhstan in Talas Valley (Kysmyschi settlement of Zhambyl region).

The second Saka bronze helmet was found in the vicinity of Samarkand. The helmet was discovered accidentally during construction works.

The third helmet was also a random find in Toguz-Toroos district of Dzhalal-Abad region of Kyrgyzstan, has a high-conal dome, the crown of helmet is peaked.

According to ancient religious beliefs, a man’s head was connected with the heavenly world, so the headdress was also considered as sacred and all nations have tradition to fix different signs of social, tribal and other character on the headdress. The same insignia was attached on military helmets, that is, in addition to its protective purpose, helmets performed the function of social and military rank of the person. The following distinctive marks were attached on the top of the helmet: «shashak» made from horse tail or silk threads, «zhalau» flag made of colored fabric and sultan made of feathers «zhyga». 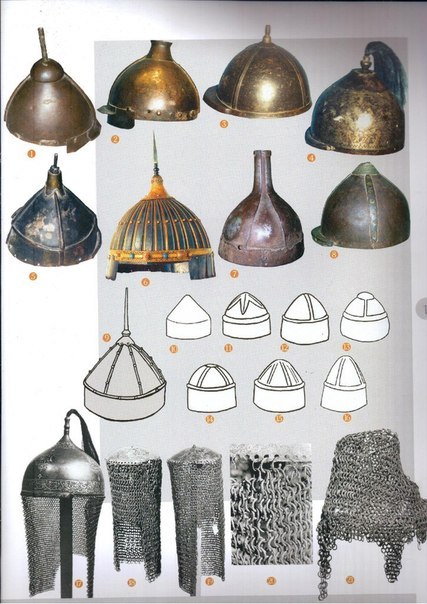 The warriors attached brush of horse hair on the combat headgear to protect from impact of cold weapons, elastic horse hair weakened the strike of weapon. Since that time, shashak from horse tail or silk threads became the distinctive mark of a professional warrior-batyr.

Many features which are common for protective helmets of nomads of past eras are retained in the Kazakh helmet. As evidenced by museum and cinema data until XVIII century, Kazakhs continued to persist some medieval forms of certain types of nomadic helmets. All this gives evidence to the deep genetic ties of Kazakh weapons with armament of ancient and medieval nomads of Kazakhstan.

Kazakh warriors used helmets of local manufacturing, but also used different types of helmets of other nations. You can see Dzungar, Iranian, Central Asian helmets in museums, which were used by Kazakhs. The route of entry of this weapons was different: trade, spoils of war, gift exchange, different kinds of payment and other. You can also see the influence of combat headgear of other nations in a kind of forms of different types of Kazakh helmets with whom Kazakhs had cultural military contacts.

Materials on theme
Kazakhstan skier becomes the champion of the 2017 Asian Games in Sapporo
1990: Secretary, Chairman, President
Institute of State History invites you to participate in the International Scientific and Practical Conference
The exhibition “Historical choice. Rise”