Home News On the historical issue of Germans in Kazakhstan

On the historical issue of Germans in Kazakhstan

Since old times people of German and Kazakh nations were in close interconnection and lived in accord in the Independent Kazakhstan notwithstanding the past.
The Chairman of the Association of unions of Germans in Kazakhstan «Wiedergeburt», many-years-old leader of national movement of Germans in the Republic of Kazakhstan is Alexander Dederer. 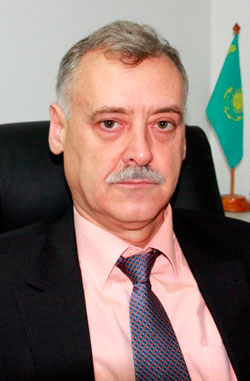 He was born on 26 February 1954 in saran near Karaganda. His distant German ancestors — extended peasant families of Dederers lived in Sulzfeld near the city of Heilbronn.

Upon the graduation of Karaganda polytechnic institute Alexander Dederer started his work path as an engineer. Then he became a senior master and was appointed a Director of one of the professional technical institutions in Kustanay. He held administrative positions later as well.

The communicative skills helped him in n1989 at the election of him at the conference as the first chairman of Kustanay oblast association of Germans «Widergeburt». And 28 October 1992 at the 1st meeting of Germans in Kazakhstan Alexander Fedorovich became the Chairman of Republican Union of Germans. In the work of memorable meeting took part H. Grout and V. Diesendorf who came from Moscow.

And if at that complicated environment, after the fall of the USSR, notwithstanding the all-common disconnection of economic ties, Kazakhstan continued to support the balance and national accord, then each of us heard the calm tone of the President Nursultan Nazarbayev. He took into consideration the voice of representatives of various people of the republic and for the achievement of the better mutual understanding he established the Assembly of people of Kazakhstan by gathering all of us in Alma-Ata for the first session.

The President was deeply concerned with the fact that representatives of different nations leave Kazakhstan. The country lost qualified specialists, law-abiding citizens. Actually, it was always good and interesting to work and have a rest all together. The harmony of languages, richness of traditions and customs — all that is the common happiness of a single family. But how to save it now? Certainly, no one can be shut down the way before coming back to the historical motherland. The choice has to be free, without any pressure. But there are various forms of work with people. If to talk about Russian Germans, the government of Kazakhstan confirmed the program of ethnic rebirth of German diaspora which is carried out in life stage by stage.

Under those conditions Dederer was needy for the rest of his countrymen and heads of the state. He is still the irreplaceable leader of Germans in Kazakhstan. For the last years a lot of problems of German diaspora were solved, among them — for the victims of the labour concentration camps and special commandant’s headquarters along with the representatives of all repressed people was paid out the compensation from 20 to 80 th. tenge. The special settlers were given the work experience in triple size as the repressed. In Almaty, other cities of Kazakhstan continuously are conducted the festivals of German culture and art.

In 1996 at the re-registration of all the German structures of the republic, Alexander Dederer became the Chairman of the Association of unions of Germans in Kazakhstan «Widergeburt». On the regular basis, in every three years in Almaty for the Congress of Germans our countrymen come. In the work of one of such congresses on 8 December 2007 participated the main in charge of the government of Germany on the issues of settlers doctor Christoph Bergner.

The Association of unions of Germans in Kazakhstan was called by him the best one among the organizations of Germans in the CIS because it was able to save and facilitate its center in Almaty which can realize the most modern strategy of survival of the German community in the conditions of diaspora.

In early 2007 two new, unusual and informative projects on the basis of state programs such as «Way to Europe», «Accelerated development of the country», «Cultural heritage».

Based on the sociological research which was conducted by the Association RK in 2008 with the help of independent scientists under the name «Adaptive practices of Germans in Kazakhstan» was developed the project «Schools of faculty education». It is dedicated for the senior students (8-11 forms) and directed to the deep study of the Kazakh and German languages, literature of Kazakhstan, also the paper management in two languages. The project is designed to create conditions for the ethnic youth to enter the universities in Germany and for participation in the program «Bolashak».

Not less topical is the project «Cultural heritage»: close interconnection of Kazakh and German cultures. By this project the Association tries to contribute to the realization of the state program «Cultural heritage». The main idea of the project is the study, systematization and publication of so called «blank spots» in history. There are many things connecting two nations! 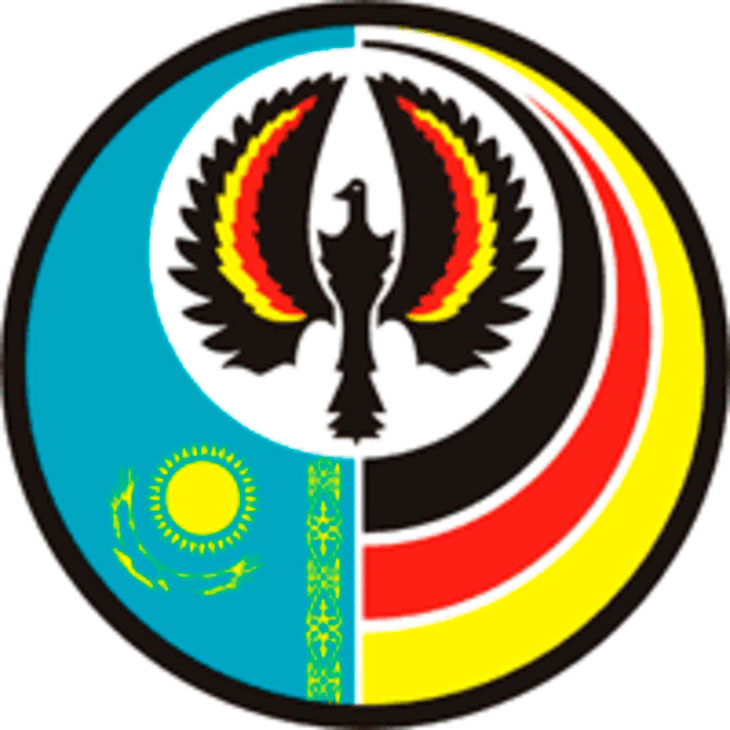 Great attention is paid to the rebirth of literature almanac «Phoenix» founded in Germany in the early 1990s by the journalist Theodor Shultz and published under the edition of Leo Wideman and responsible editor, famous German writer in Kazakhstan Herold Belger.

Materials on theme
A rally in memory of missing persons after the World War II in Astana
Mandoki’s personal library was transferred to the International Turkic Academy
Honouring of veterans of the Great Patriotic War
Deshti-Kipchak. Mystic symbols