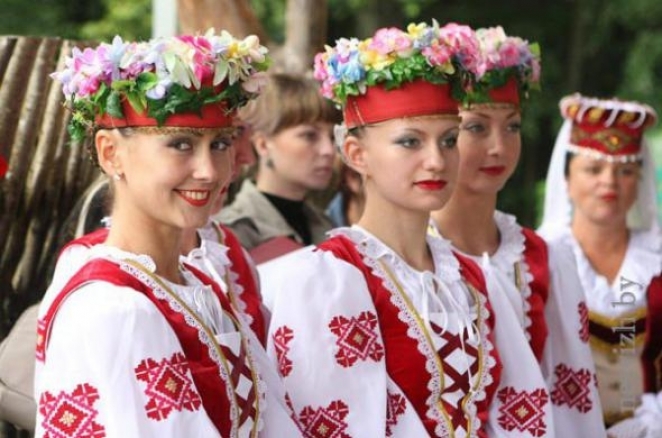 Many Belarusians live in Kazakhstan and admit is as their Motherland. They live in peace with other people of Kazakhstan preserving native Belarusian language and traditions.

During the collectivization and repression period in 30-50s, the deported Belarusians from Western Belarus joined in 1939 significantly increased Kazakhstan’s community.

In the beginning of the Great Patriotic War thousands of Belarusians were evacuated to the western regions of the USSR and to Kazakhstan so as to take part in construction of military plants remote from the front line, in development of economy. In 1941, the prominent scientist Gulnitsky Leonid Vikentievich moved to Kazakhstan. He devoted half of the century working for Kazakhstan and the USSR.

The next, and perhaps, the biggest wave of Belarusian migration to Kazakhstan was caused by the development of the virgin and long-fallow lands. Thousands and thousands of young agricultural specialists came to Kazakhstan as volunteers so as to create new enterprises and build new settlements in the newly developed lands.

At that time Kazakhstan lacked specialists in organization of the use of land. The Belarusian Agricultural Academy helped much: in the period from 1955 to 1960 they sent graduates of the Land Use Department to work in Kazakhstan every year.

«Belarus» Public Association Cultural Center was registered in July 31, 2001 I Astana. The main purpose of the society is the unity of Belarusians who live on the basis of spiritual unity, preservation of the native language, cultural customs, traditions, national consciousness.

The staff of the Cultural center «Belarus» take participation in the activities of Assembly of People of Kazakhstan, which carries its activity on the principles of advancing the interests of the people and the state, comprehensive development of national cultures, languages, traditions of the people of Kazakhstan and participate in the formation of public opinion, to support of democratic reforms.

Use of materials for publication, commercial use, or distribution requires written or oral permission from the Board of Editors or the author. Hyperlink to Qazaqstan tarihy portal is necessary. All rights reserved by the Law RK “On author’s rights and related rights”. To request authorization email to mail@e-history.kz or call to 8 (7172) 57 60 13 (in - 1163)
Қазақша Русский English
MOST READ
Month Year
Kazakh historical drama Tomiris premiered in Istanbul
ALASH IDEA IS THE PROTECTION OF KAZAKH STATEHOOD
Stolypin about the worries and hopes of immigrants to the Kazakh steppes
A tireless explorer of the Kazakh land
SWITCHING TO THE LATIN ALPHABET – UNITE ALL KAZAKH PEOPLE
Kunaev Dinmukhamed Akhmedovich
People who eat horses will kill you
Kazakhstan's participation in the Winter Olympics has a long history
Rebooting a field of science and education
Recorded history of Kazakhstan. Part 1
Historical Dates on the Bosphorus
Recorded history of Kazakhstan. Part 2
Materials on theme
The Museum “Kulager-Kazanat” is being built not far from Astana
The national crafts have been revived in North Kazakhstan
Presentation of the book “Shakarim. Life of the Kazakh poet” in Cambridge
Top 10 Greatest Love Stories in History of Kazakhstan