Home News The history of moving of Azerbaijanis to Kazakhstan

The history of moving of Azerbaijanis to Kazakhstan 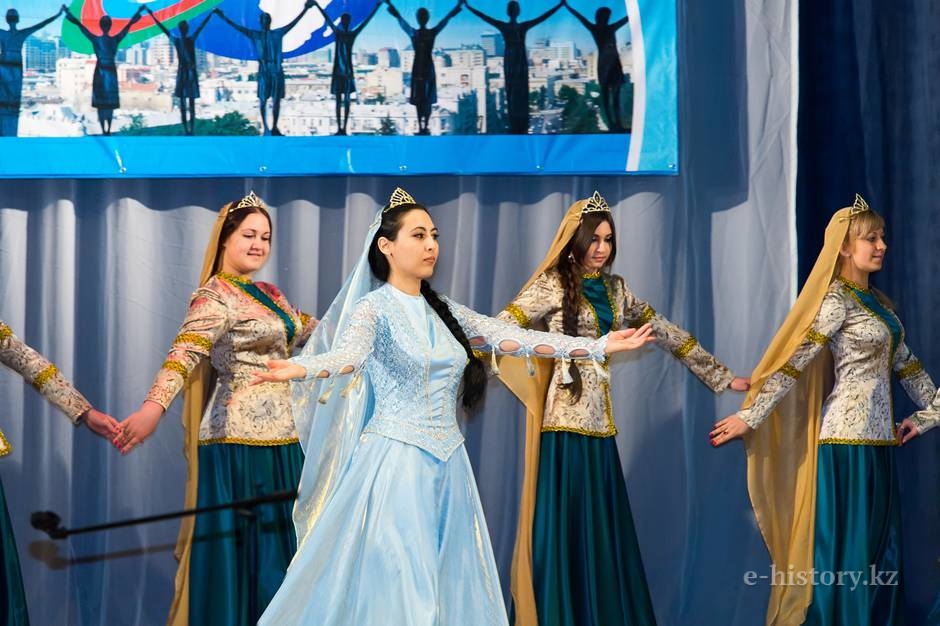 Azerbaijanis remember with gratefulness how the Kazakh villages accepted them, how they lived with Kazakhs as with good neighbors and shared everything they had.

60 years ago, by the Resolution of NKVD (People’s Commissariat of the Interior) of Azerbaijani SSR of 10 may 1937, the Azerbaijani people as other people under repression were forced to move away from their native land. As the elders tell, people were transported as cattle in stifling train cars. People died every day: mostly old people and children. The transportation took more than a month and finally they came to Tchu station, where they loaded their little belongings on carts and the people were moved to the place, which became collective farm «Novy put» («New Way») later.

In the first months they lived in the stabling. Men and women began to build houses, trying to finish them before the cold season. The houses had now glass and the windows were covered with reed; there were no sanitary conditions, it was cold and famine was close.

People remember with gratefulness how the Kazakh auls (villages) accepted them, how they lived with Kazakhs as with good neighbors and shared everything they had. The local population accepted the Azerbaijani people with understanding and sympathy, as the other settlers. Years later, when the settlers were made free, many of them stayed to live in the place of the former exile. That was because of the friendly character of Kazakh people, their respect to guests and strangers regardless of their nationality and confession. Those qualities of Kazakh people enhanced the desire of Azerbaijanis to live and work in Kazakhstan today.

The public national union of Azerbaijanis began its active work in the beginning of 90s, got re-registered on 30 May 1997. The first President of the Azerbaijani cultural center was Novruzov Museib Ali-ogly, the author and master of «Azeri» weekly radio program in the native language.

The Azerbaijani cultural center defines its main goal as further development of the native language, original culture and people’s traditions under the Law on Languages and the Constitution of the Republic of Kazakhstan. At the same time, the center seeks closer connections with the public unions and cultural center in Kazakhstan and with the sovereign state Azerbaijan.

The center made many interesting deeds assisting active involvement of Azerbaijanis in the process o democratic reforms in the sphere of the country’s public life. The center took active part in the delivery of the Azerbaijani language textbooks from the historical Motherland and their distribution among the regions of Kazakhstan, in organization of the lessons of the native language.

The growth of national consciousness and self-expression enabled the representatives of this community expressing themselves in the folklore arts. They take active part in all public-cultural events, held under the aegis of the Assembly of People of Kazakhstan or initiated by other cultural centers.

Use of materials for publication, commercial use, or distribution requires written or oral permission from the Board of Editors or the author. Hyperlink to Qazaqstan tarihy portal is necessary. All rights reserved by the Law RK “On author’s rights and related rights”. To request authorization email to mail@e-history.kz or call to 8 (7172) 57 60 13 (in - 1163)
Қазақша Русский English
MOST READ
Month Year
The referendum on the Constitution is a significant stage of democratization
Philosophy of the Emblem
The rural akims: the country's hope is in the elections
Kazakh historical drama Tomiris premiered in Istanbul
Stolypin about the worries and hopes of immigrants to the Kazakh steppes
ALASH IDEA IS THE PROTECTION OF KAZAKH STATEHOOD
A tireless explorer of the Kazakh land
SWITCHING TO THE LATIN ALPHABET – UNITE ALL KAZAKH PEOPLE
Kunaev Dinmukhamed Akhmedovich
People who eat horses will kill you
Kazakhstan's participation in the Winter Olympics has a long history
Rebooting a field of science and education
Recorded history of Kazakhstan. Part 1
Materials on theme
The "grandfather-historian" lives in the Zhambyl region.
Ualihan Kalizhan. History created by individuals
Houses of merchants in North-Kazakhstan oblast
45 burial mounds of the Huns were found in Kazakhstan