Traditional life in the steppe: preamble to Kazakh wedding 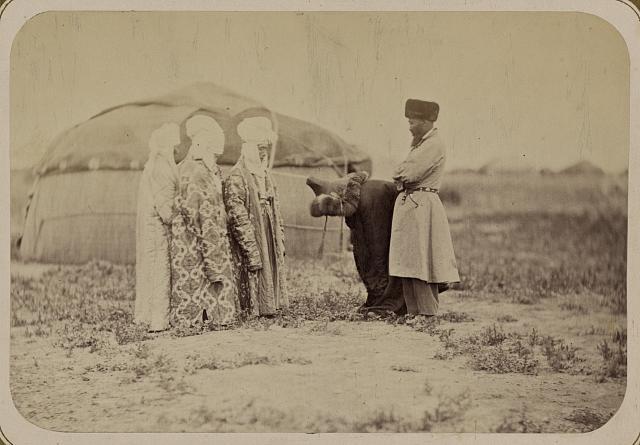 People say that a lady of thirteen should already be a good mistress of the house — «on ushte otau iesi», and a boy of fifteen — the owner of a horse and a good rider: «at zhalyn tartyn miner azamat boldy».

From time immemorial parents were looking out for the bride before their son reaches full age. They were looking for the equal family, deliberately went to worthy people to talk about their children’s future, and expressed their wish to become relatives; this was called «kyz aittyru».

Sometimes, the children were still very small or were not born yet at all, and their parents were already agreeing upon being relatives. They, usually, knew each other very well and were good friends. Such matchmaking was called «bel kuda» (before children were born). If children were sought in marriage when they were just born it was called «besik kuda» — (besik means cradle).

Sometimes, the father, whose son married, gave his daughter in marriage to the son of the father of the daughter-in-law, and they called it «karsy kuda» (mutual matchmaking). The matchmakers, who were matched twice, were called «suiyek zhangyrtu».

Naturally, such matchmaking was not limited by such rules; there were many other ways of finding more attractive and suitable grooms and brides. 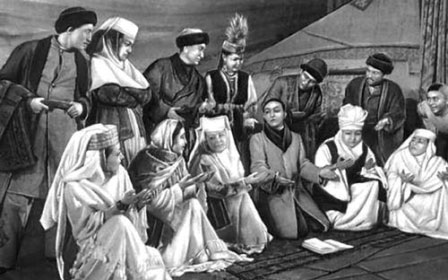 Among them were: «kyz koru», in other words — bride show. «Kyz koru» is sometimes called «kyz tandau» (bride choice). When hearing that there was a good and beautiful girl in some village (aul) ready for marriage, the dzhigits together with their friends started their ways to that village. In that case there were no obstacles, offences and bans for doing thus, they were, on the contrary, met solemnly. The girls in the village expressed their wish by saying: «Kyz koretin dzhigitti biz korelik» — «such shows we want to start». And when the competition began, there were «aitys» (singing competition) between girls and young men, girls looked at dzhigits evaluating them and expressed their thoughts, after that the ones that took each other’s fancy made agreement, showing their feelings to each other and the dzhigit sent matchmakers for further arrangements, that is, the choice was after the young people.

The widespread way of marriage was bride kidnapping. In most cases the bride and the groom preliminary agreed on the bride kidnapping. In the evening the groom together with his friends brought the girl to the parents’ house where she was showered with «baursaks» (small round pieces of dough, fried in fat) and covering her head with the kerchief seated her for a short period behind the wedding curtain — «shymyldyk».

The next day after the bride kidnapping the groom’s closest relatives went to the girl’s parents in order to ask forgiveness and talk about the day of the wedding.

The marriage of the adult children started after «kuda tusu» (suit, matchmaking).

The father of the groom sent his entrusted people (zhaushy) so that they made an official proposal to the future relatives.

Zhaushy (as enemies) came to the bride’s village and as soon as they sat at «dastarkhan» (round table) they started their conversation on the goal of their visit, swaggering about the honorable people of their tribe. If the father of the bride, having consulted with the rest of relatives gave his consent, then according to tradition, the zhaushy presented him with «kargybau» (kargy — bridle, bau — rein) — of the racer or ambler, and soon after that left the village.

In some regions of Kazakhstan zhaushylar (plural form of zhaushy) asking for the girl’s hand were not saying anything out loud, they just left and awl stick into carpet where they sat. That was a custom — «biz shanshar» — showing the willing of the both sides to become relatives. 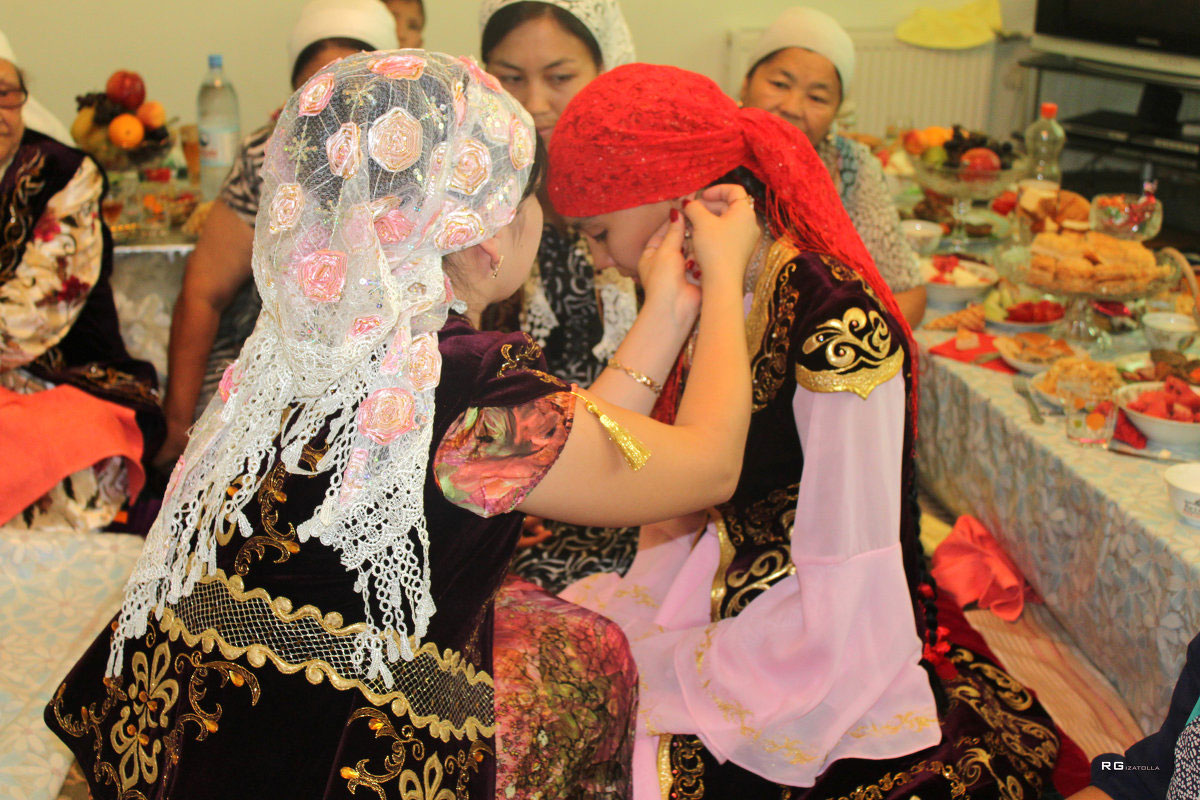 After mutual agreement the zhaushylar pinned «uki» (an owl’s feather) to the girl’s dress or put into her ears earrings («syrga salu»). From that moment on that was called «ukili kyz» or «surgaly kyz» that meant that the girl was promised in marriage.

It is known that Kazakhs are considered related to each other up to the seventh generation. According to the ancient tradition, it was prohibited to marry a man or lady from the same tribe as the descendants «jeti ata» (seven grandfathers) refer to one great grandfather, and that is why the off-springs of the seven grandfathers are relatives between each other. According to the rules of Shariat, the father could not marry his son’s mother-in-law, and the brothers could not marry their sisters. If a girls had sick relatives in succession she was not asked to marry anybody.

Materials on theme
Saken Seyfullin. Thorny path
The 550th anniversary of the Kazakh Khanate. Marco Balich: We have done it!
More than 50 streets in the city of Uralsk have obtained names
An exhibition of jeweler Berik Alibay opened in Astana