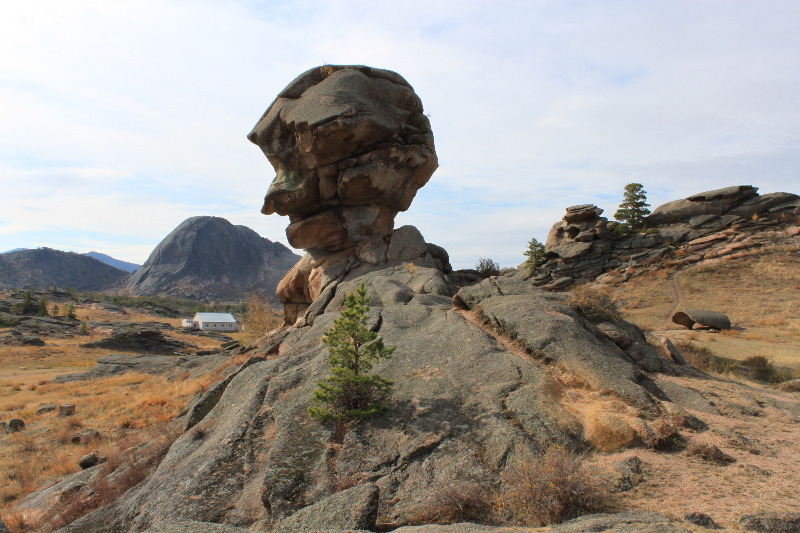 Bayanaul is a picturesque place among the semi-desert steppe

In the south-east of the Pavlodar region, there is located Bayanaul district, which is the outskirt of Central Kazakhstan hills. Part of the district is a security-protected zone, intended to preserve the landscape and ecological systems and some parts of the landscape, which is the habitat of rare plants, animals and birds. Remaining territory is classified under the zone of intensive and dispersed recreation and sightseeing that take into account the compulsory ensure the protection of nature.

Bayanaul is a picturesque place among the semi-desert steppe. According to the list of found relict plant species, there are 50 of them. Also there are 50 species of birds and 40 species of animals, among them a great value is a group of upland game, as well as argali, roe deer, badger and squirrel. Argali is the pride of Bayanaul Mountains.

Buffer zone area is integrated into Bayanaul National Park. It’s amazingly beautiful place. The park was established in August 1985 for recovery and multiple-use of the unique natural, historical and cultural complexes and objects of special ecological and scientific value to the conservation of mountain-forest Bayanaul, located in steppe zone.

The total area of the park today is 50,700 acres, including wooded area — 18, 252 hectares. This is the mountain forest oasis with rugged terrain, covered mostly by forest vegetation.

One of the main attractions of the Bayan-Aul Reserve is Lake Sabyndykol. A lot of legends and tales are associated with these places. One of them is famous legend Bayan-Sulu and Kozy-Korpesh. The girl’s father promised her to another man to prevent the wedding of his daughter with an orphan. Kozy-Korpesh died from hands of the hated husband, and Bayan-Sulu took his own life in a mausoleum of her loved one. Once, while swimming in the lake, Bayan-Sulu dropped the soap in it. That is the reason why water in the lake is very soft and the lake is named as Sabyndykol («Soap lake»). 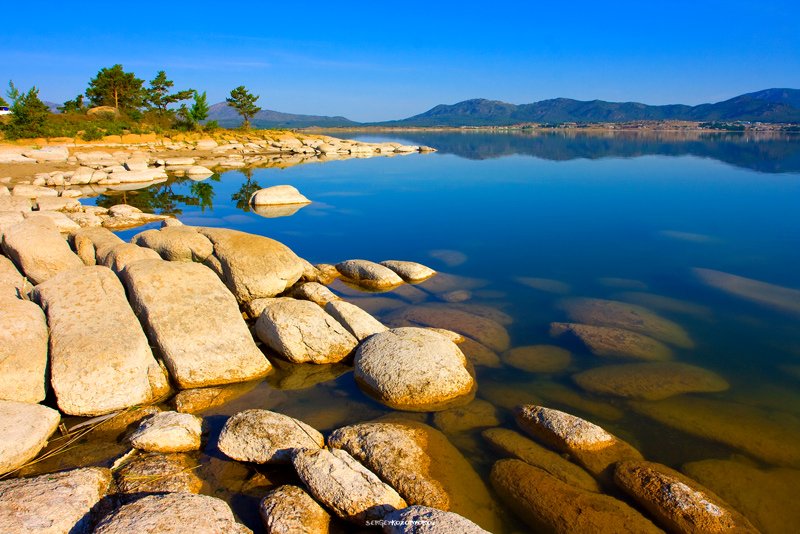 Extremely beautiful sunny valley Kafarka! It is full of sun, and the rays under which pine and birch are growing. On the way to Kafarka pile of rocks have formed the cave with length of 30 meters. The highest mountain is called Akbet on behalf of the girl who threw herself from the mountain when she got married to unloved one. The hill Shlyapa in ancient times served as a landmark to the shortest road from the lake Toraigyr to the village Bayan.

The landscape Bayanaul Mountains are characterized by low, very dense groves of alder and aspen forest. Local alder is so stunted, but it is so densely rises above the earth that to pass through its thickets almost impossible. The Black Alder thickets are considered as relicts. Alder as an aspen is related to the pioneer-trees. Fast-growing, it chooses a place characterized by high humidity. The black alder also likes to settle on land, scorched by fire, but with a close subsoil aquifer. It’s known for role in restoring and improving the soil and improves growth of some plants, such as spruce and pine. But the alder is also very beautiful externally. Dark thin stems, soft leaves, bright streams that wash the roots of black alder are bringing the great aesthetic pleasure.

In Bayanaul area you can meet a very distinctive birch. The name of one of the places of Bayanaul is Maykain. The local birch has thick waxy coating on leaves. Small trees of Bayanaul birch grow in the unexpected places — on the narrow ledges or rock, completely smooth boulders, rock slides.

In the historical list of Bayanaul reflected not only legendary, but real events from the history of Kazakh nation who lived here in past. For example, one of the lakes and mountain pass are named after the knight Zhasybay, who bravely fought against Dzhungars. Lake Zhasybay is the second largest lake in the area of Bayanaul mountains and the most beloved by the people for its beauty, clarity and purity of water.

The most unusual thing in Bayanaul Park is its stone «sculptures». However, they may be called as «sculptures» only conditionally, because they were not created by man. These magnificent statues were touched only by one creator — nature. People from ancient times gave to Bayanaul rock properties of the human character, attributed them to the most incredible things thy did. One of the most famous is the rock Kempir-Tas. It is remarkably similar to head of an evil old woman, a witch. She has sharp, hooked nose, large mouth, awesome and watchful eye, and the raised shoulder. Angry old woman is looking at people passing by.

There is another rock on the shore of Lake Zhasybay — a high rock, which is called Atbasy — «Head of horse» by locals. Indeed, the cliff ends with the stone sculpture, exactly resembling a horse’s head, looking somewhere beyond the lake, over the horizon.

But there are other sculptures that were made by people. It’s so-called «stone women» — sculptures made of stone, often depicting women. Twelve kilometers far from the village of Bayan Aul, near small spring is «stone woman» in height of three meters. Together with other remnants of ancient ancestors of Kazakhs, they are not less interesting than the unique nature of Bayanaul Mountains.

«Reserves and National Parks of Kazakhstan» by A.A.Ivashchenko

Use of materials for publication, commercial use, or distribution requires written or oral permission from the Board of Editors or the author. Hyperlink to Qazaqstan tarihy portal is necessary. All rights reserved by the Law RK “On author’s rights and related rights”. To request authorization email to mail@e-history.kz or call to 8 (7172) 57 60 13 (in - 1163)
Қазақша Русский English
MOST READ
Month Year
Recorded history of Kazakhstan. Part 2
Heroic mothers of the great steppe
How had the World War II been started?
Philosophy of the Emblem
14 monuments at Tekturmas
The rural akims: the country's hope is in the elections
Kazakh historical drama Tomiris premiered in Istanbul
Stolypin about the worries and hopes of immigrants to the Kazakh steppes
ALASH IDEA IS THE PROTECTION OF KAZAKH STATEHOOD
A tireless explorer of the Kazakh land
SWITCHING TO THE LATIN ALPHABET – UNITE ALL KAZAKH PEOPLE
Kunaev Dinmukhamed Akhmedovich
People who eat horses will kill you
Materials on theme
Karlag. The Circles of Hell
Nauryz – the tastiest festival
Lithuanians of Kazakhstan
A round table meeting "Local History: history, current problems and prospects of development"