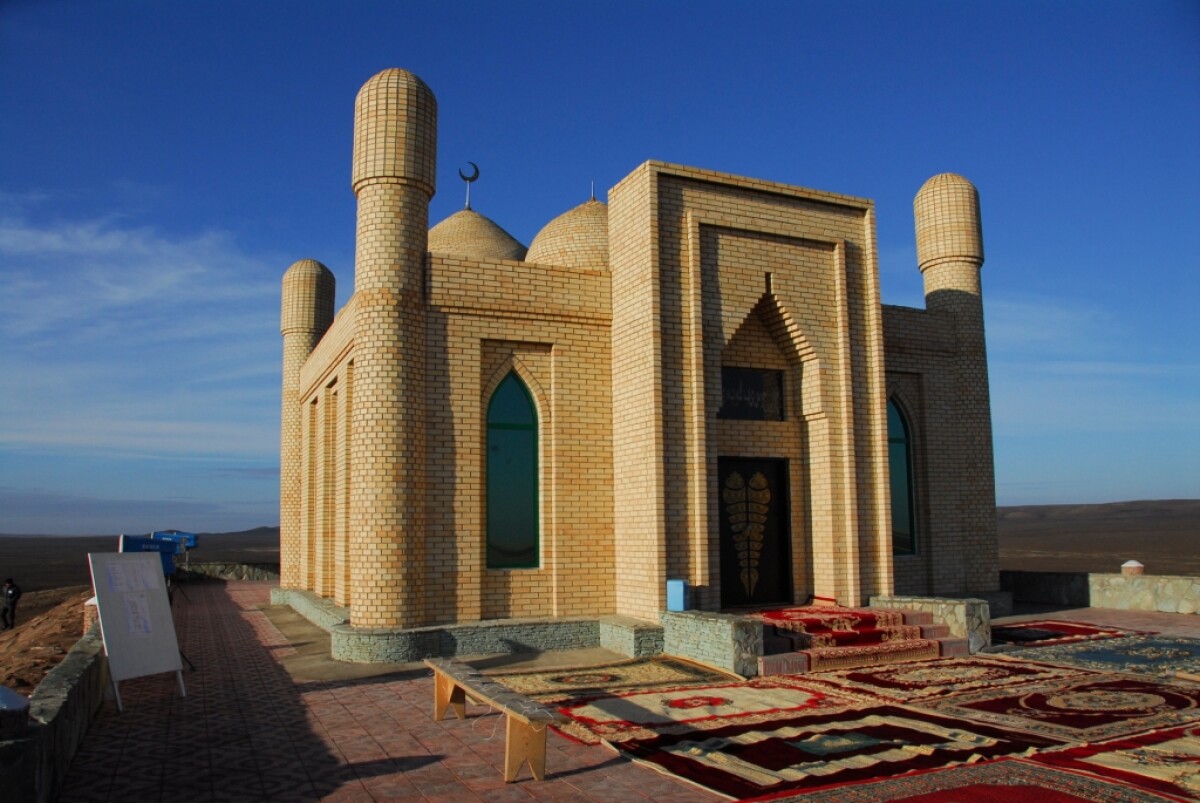 Mashkhur Zhussup was a religious man. He was considered as a saint, many people came to him for treatment, to listen and touch him

He was called Mashkhur by famous Musa Shormanov, who startled at extraordinary abilities of 9-year old Zhussup. «Mashkhur» means famous, well-known in Arabic. Kopeyev as a scientist left a rich legacy that is 30 volumes.

Throughout all life, Mashkhur wrote the history of Kazakh steppe, made genealogies (shezhire), they are unique, reliable and accurate. This is evidenced by the fact that in 1989 were released shezhire of several generations in 30 thousand copies, which sold out in a few weeks.

Kopeyev’s poetry was memorable and distinguishes with imagery, capacity, and bright individuality; there is philosophy in it, deep and enlightening. Mashkhur wrote poetry not only of religious character, motifs, revealing social injustice, illiteracy, calling for labor and education are sounded in his works. Kopeyev knew Arabic, Persian, Turkic and it enabled him to study the poetry of East.

Mashkhur Zhussup was a deeply religious man. He was considered as a saint, many people came to him for treatment, to listen and touch him. He taught understanding of the world, perception of the Universe through religion. The Soviet system could not forgive his popularity among people and perceived his works as propaganda of religion and in the era of militant atheism, all that was connected with the name of Mashkhur was under a ban. As a seer, Mashkhur Zhussup knew the date of his death.

In 1930, one year before his death, the poet invited relatives and friends to a funeral dinner and declared them that he would live exactly 73 years and asked them to him mazar. The enlightener chose the location in the steppe and made draft: one room was for him and the other was a shelter for pilgrims. He made a will to descendants not to render his body to the earth after his death. After twenty years, what is most mysterious, his body was incorrupt. The mazar was a place of pilgrimage, there were legends that sick people and childless received healing. In 1952, mazar was demolished.

In 1978, mazar was restored, however, almost three decades later it became ramshackle. In 2006, mausoleum was constructed.

The Mausoleum of Mashkhur Zhussup Kopeyev is the largest Islamic house of prayer in Kazakhstan. Its huge structure is explained by the presence of ritual, cultural and social facilities under a single roof. There were a lot of unusual in the mausoleum. The front door was from the north side, although it must be from the east by Muslim traditions. It was Kopeyev’s personal wish and religious leaders did not dare to violate his will despite the departure from the normal canons. The singularity of mausoleum is that architects combined ancient Turkic and Islamic traditions. According to the Turkic ceremonial acts, the names of seven ancestors of Mashkhur Zhussup were carved on granite stones inside the building. A room for prayers was built according to the Islamic canons. The building consists of two halls. Ziratkhana symbolizes the threshold of the new world and the body of Mashkhur Zhussup is in gurkhana. There is a granite tombstone weighing nine tons. It is made in the ancient style on three levels corresponding to the phases of human life. 73 steps leading down from the mausoleum — the amount of years lived by Mashkhur Zhussup.