“Donation to the National Museum” 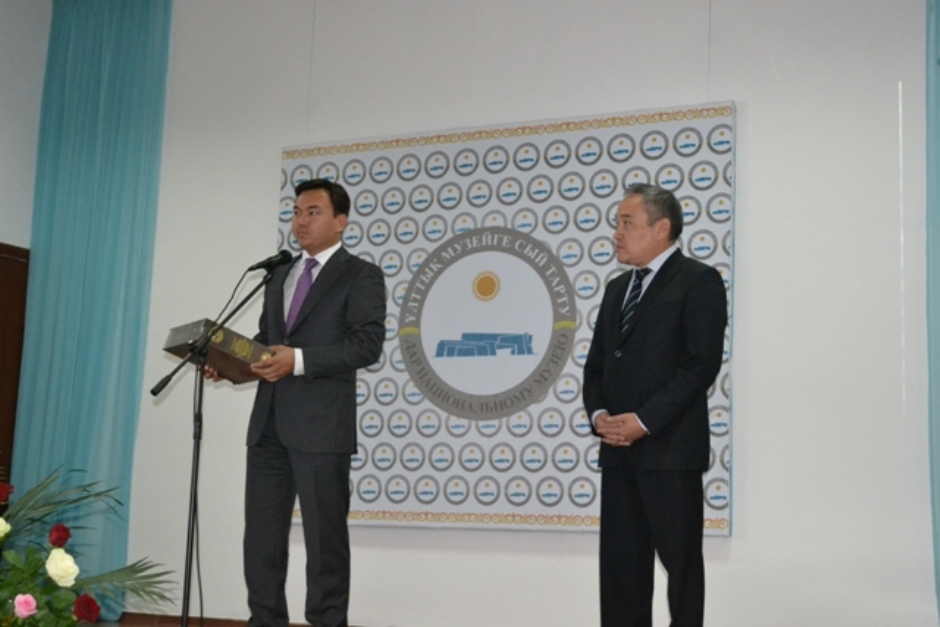 25 September 2015 the National Museum of the Republic of Kazakhstan organized the campaign “Donation to the National Museum” in the Regional Universal Scientific Library named after A. Tazhibayev.
In the campaign the descendants and relatives of such famous personalities in the society as Turmagambet Iztileuov, Ibray Zhakayev, Ulbala Altaybayeva, Salima Zhumabekova, Zeinolla Shukirov, Askar Tokmagambetov, Dukenbay Doszhan and others, who made a donation of the exhibit items, which formerly belonged to their famous relatives, to the National Museum took part. Also, within the framework of the National Museum of the Republic of Kazakhstan the personal belongings of well-known modern representatives of the region — a composer Kenes Duysekeev and sportsman Ilya Ilyin, works of local artists and sculptors were donated.

“Coming to a country we visit, first of all, the local museums. The museums and other cultural centers take a distinguished place in people’s conception, in people’s propaganda and popularization of their spiritual heritage. We consider the campaign of the National Museum a very significant occasion organized specially for these aims. The capitals of many ancient states, existing on the territory of Kazakhstan were located in Kyzylorda region. Nowadays, at the ruins of these ancient settlements the archeological diggings are conducted. It is not said in vain: “Syr eli — zhyr eli”. The essential part of the spiritual heritage of Mangilik El is related to our sphere. That is why, I am convinced that in our region a lot of invaluable treasures are worthy standing out to be the exhibit items in the National Museum”, — Deputy Akim of Kyzylorda region Rauan Kenzhekhanuly said. 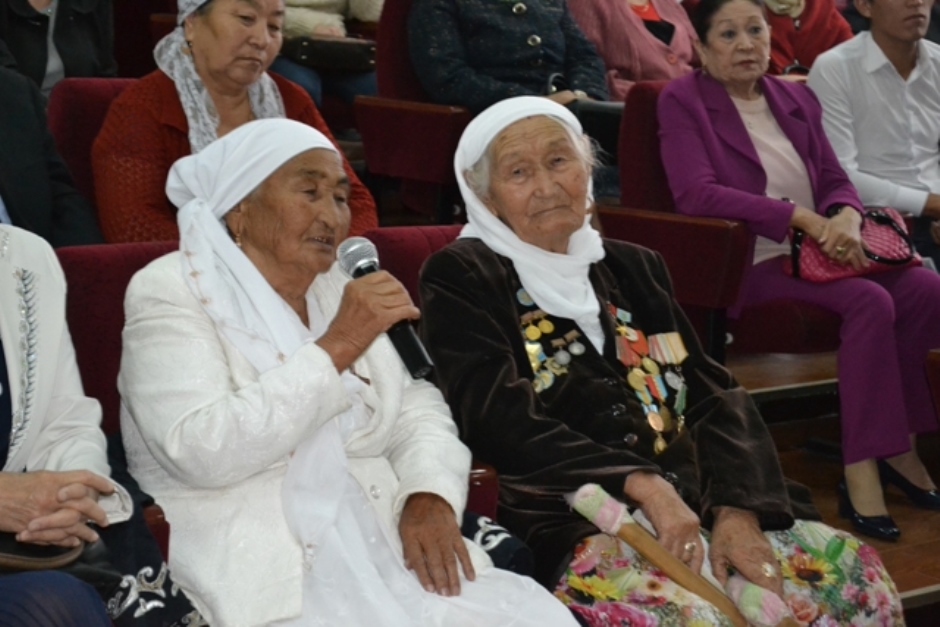 The campaign started on the 18th of Match the current year in the National Museum of the Republic of Kazakhstan. At the event Berdybek Saparbayev — Deputy Prime Minister RK, Bakhytzhan Azerbayev — Kenen Azerbayev’s son, Zhaksylyk Ushkempirov — the champion of Moscow Olympiad, Yerlan Karin — a famous politologist, Donedil Kazhymov — a Chairman of the fund “Kadyr Myrzaliyev”, champions of the Olympic games — Serik Sapiyev, Bakhyt Sarsekbayev, Yriy Melnichenko and other popular in the country personalities, collectors, descendants of famous people, sportsmen and private persons.

At the given event the director of the National Museum of the Republic of Kazakhstan Darkhan Mynbay said, “The campaign “Donation to the National Museum” was held before in Astana and Almaty. The conduct of similar events since earliest times has been practiced in all civilized countries. For the right preservation of them over a number of years the special conditions are necessary. The National Museum will store all the exhibit items donated to our citizens, in the special places with the compliance of the requirements and carefully will transfer to future generations. In our museum the respective conditions for storage of any thing, be it a thing made of metal, leather or wood. Our people possess such wise words as “Zher molasyz bolmas, el murasyz bolmas” (“As there is no land without graves, there are no people without heritage”). The people of Kazakhstan possess the heritage, in addition, it holds the place where their wealthy heritage will be stored and kept for the future. When we pay a dignified attention to the museum matter and put it on the right railings, the other countries will know us and we will be able to attract tourists”. The representatives of intelligentsia and famous personalities participating in the campaign also shared their opinions about the event. 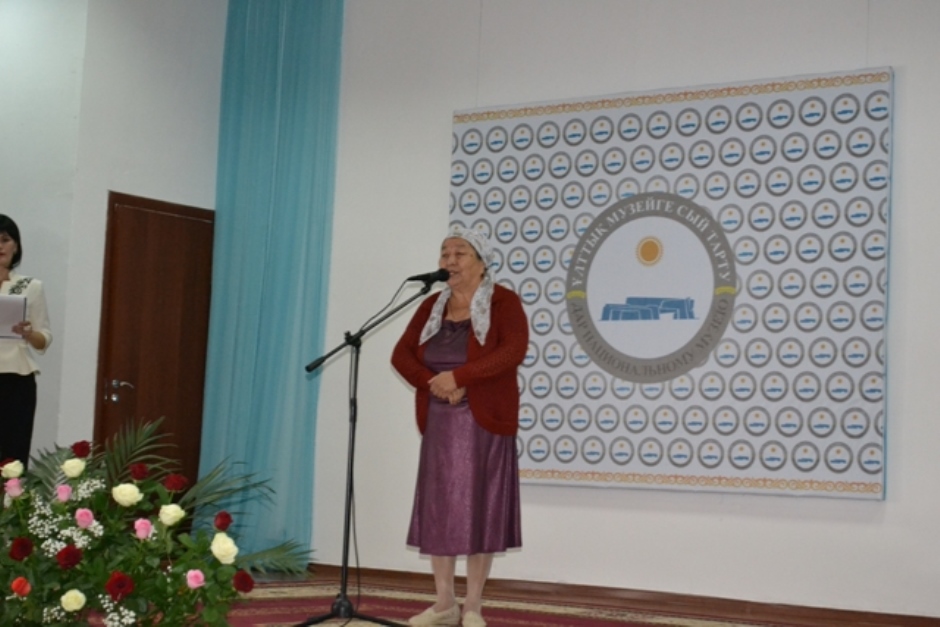 Shyryngul Kazanbayeva, the Hero of Socialist labour, said, “I am donating the handmade carpet accounting for 50-year history, to the National Museum. This carpet — the fruit of exceptionally manual work. A special technique is used here. We ourselves thought to donate this carpet to the museum, because knew — otherwise it would disappear. We were extremely glad that the campaign “Donation to national museum” had started. Because we were asserted that the museum employees would accept such an ancient carpet and it would be stored under respective conditions.

Salima Zhumabekova, the Hero of Socialist labour said, “There were times when culture of Kazakh people needed such centres. We dreamt of that day when the modern-like museums and theatres would open. For God’s sake, our dreams came true, the National Museum would be opened. It deals with the research of the history of people, systematically collects the exhibit items.

The campaign “Donation to the National Museum” is the evidence to that. The National Museum has to value that idea as the bright example, brave step on the way to the formation of “Mangilik El”. The campaign would bring much benefit. It would serve the example for future generations”. 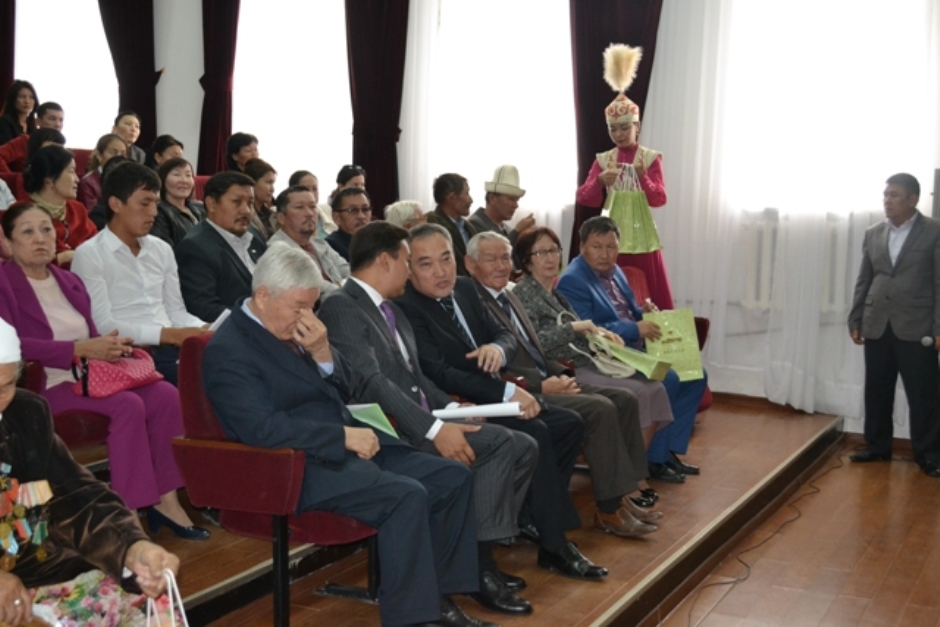 The aim of the campaign is to draw the attention of the society to the current problem of the preservation of historical-cultural heritage of people. The campaign appeals to donate for professional keeping treasurable historical exhibit items and personal belongings of famous personalities, which private persons possess, to the museum.

Requirements: The participant of the campaign donates the essential exhibit items, artifacts, being the witnesses of historical events and memorable things which belonged to famous personalities. All the gifts (relics) would be accepted for the storage to the museum with the legal compliance and given to the museum funds. At the end of the year in the National Museum the exhibition from the exhibit items donated to the museum by the campaign participants will be organized.