Home News The exhibition “The Kazakh khanate: great images of the Great steppe”

The exhibition “The Kazakh khanate: great images of the Great steppe” 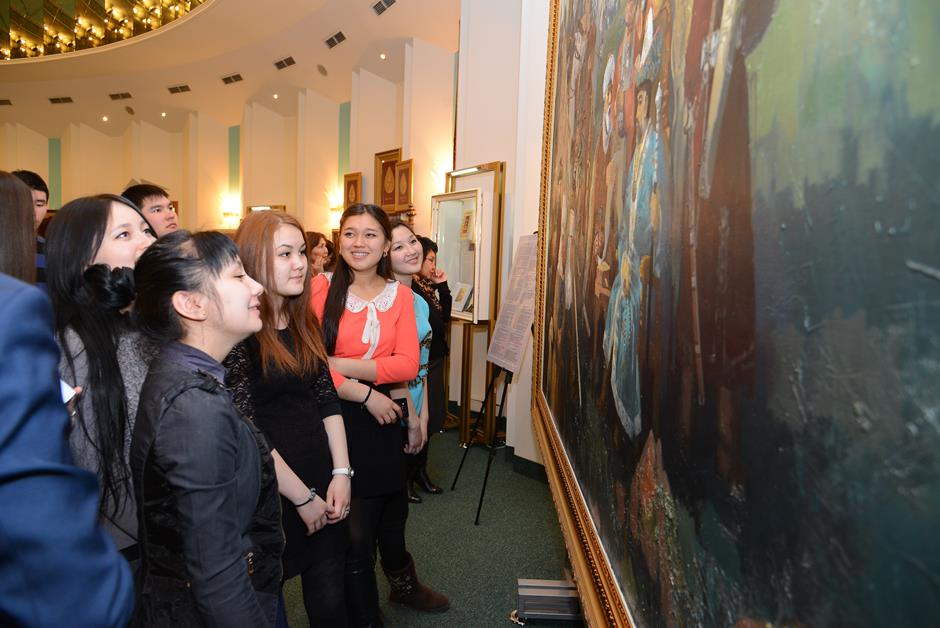 The works of the famous artists, sculptors, jewelers and reenactors of Kazakhstan reconstitute wide picturesque panorama of the history of the khanate.

The museum of the First President of the Republic of Kazakhstan was one of the first in the country which opened the unique fund exhibition in the 550th anniversary of the Kazakh khanate, the aim of which was to show the bright images, significant events in the history of Kazakh khanate, which played an important role in the formation and strengthening of the Kazakh statehood. 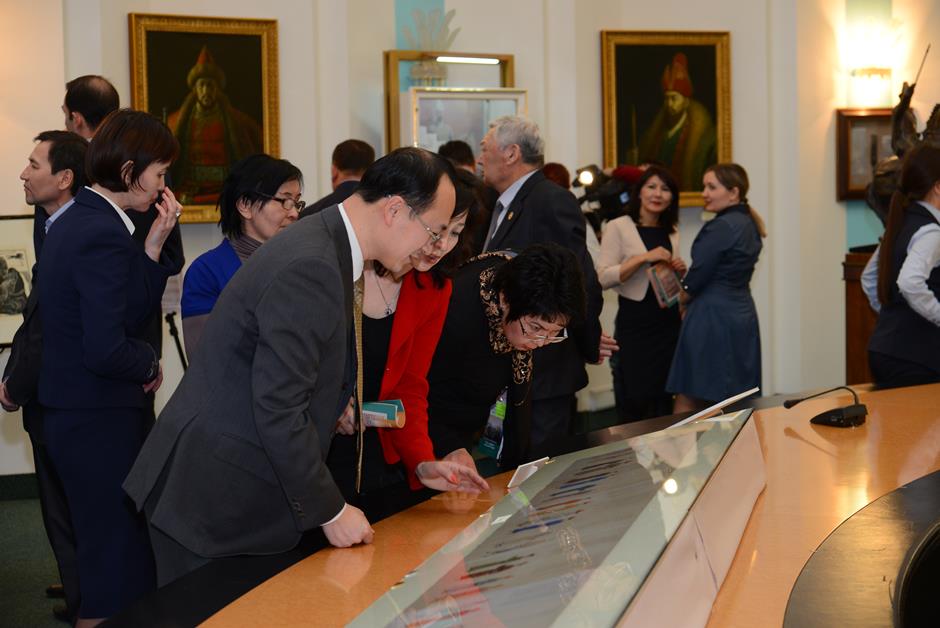 It is symbolic that the exposition is explicated in the Dome hall of the Museum of the First President of RK under the arches of which was officially proclaimed the new capital of Kazakhstan in 1997.

It was clear how a selection of the exposition material has been unique since the opening of the exhibition. It is confirmed not only by a steady stream of the visitors, but also a large number of requests over the exhibits coming from the researchers of history and culture of Kazakhstan. 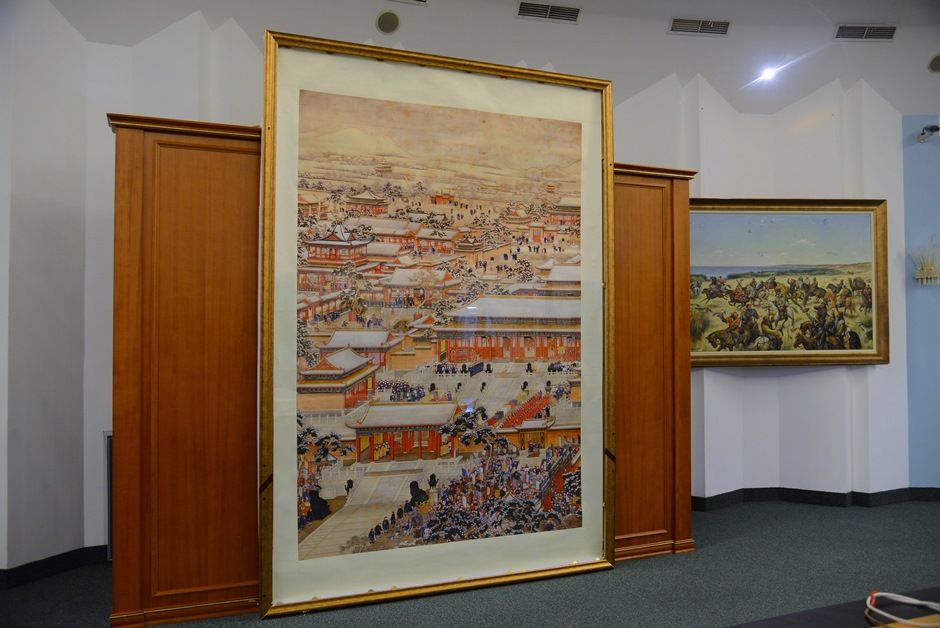 The exhibition of works of fine and decorative art «The Kazakh khanate: great images of the Great steppe» has presented several museum collections on history and cultural heritage of the traditional Kazakh society. The works of the famous artists, sculptors, jewelers and reenactors of Kazakhstan reconstitute wide picturesque panorama of the history of the khanate. 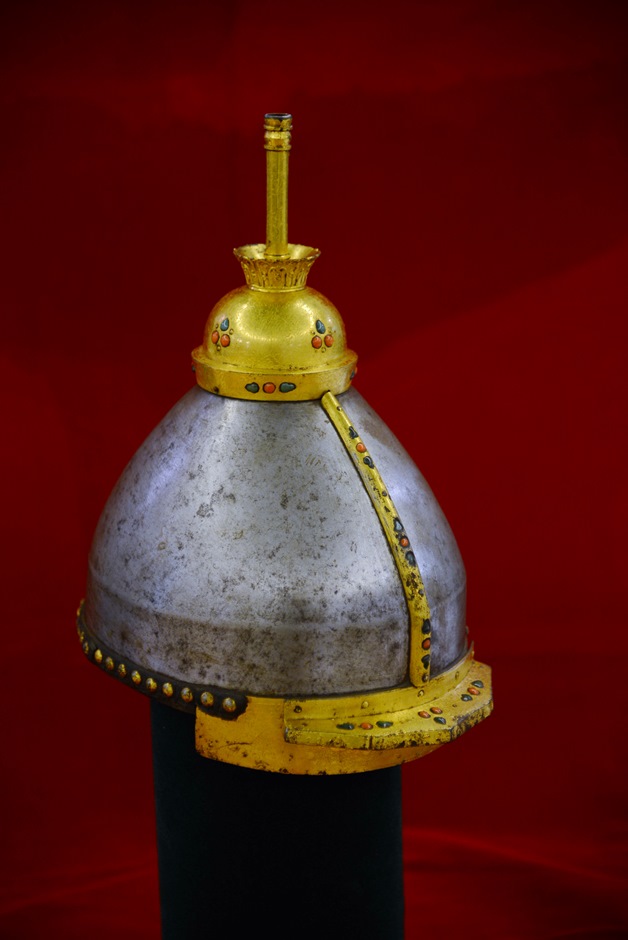 The artifacts take the special place in the exposition: a piece of famous sword of Abylay khan with inscription on behalf of the Russian Empress Elizabeth I, helmet of Bolek batyr and also reconstruction of the rings of Kazakh khans, implemented with all historical authenticity of K.Altynbekov and art pictures, reproduced by gold cantle of A.Abdubait. 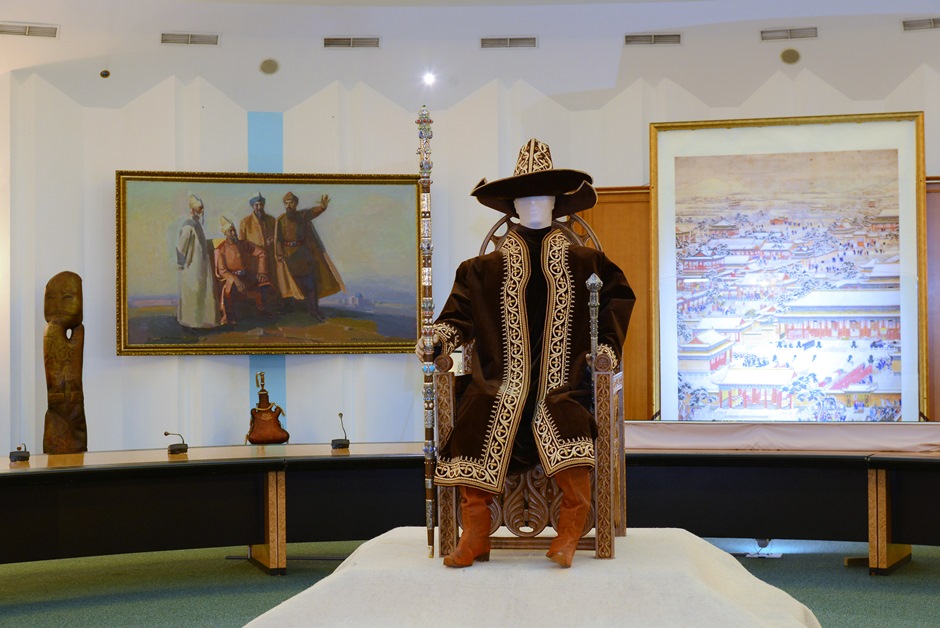 Many exhibits were presented to the wide audience for the first time. The unique pictures of the period of Qing dynasty of China take a special place in this series. The procedure of diplomatic exchange of gifts by the representatives of various states at Chinese Imperial court is represented there. There are representatives of the Kazakh khanate among these diplomats. Such unique archival and visual sources were found in the archives of the PRC and their accurate copies were made on the initiative of the Embassy of RK in the PRC. 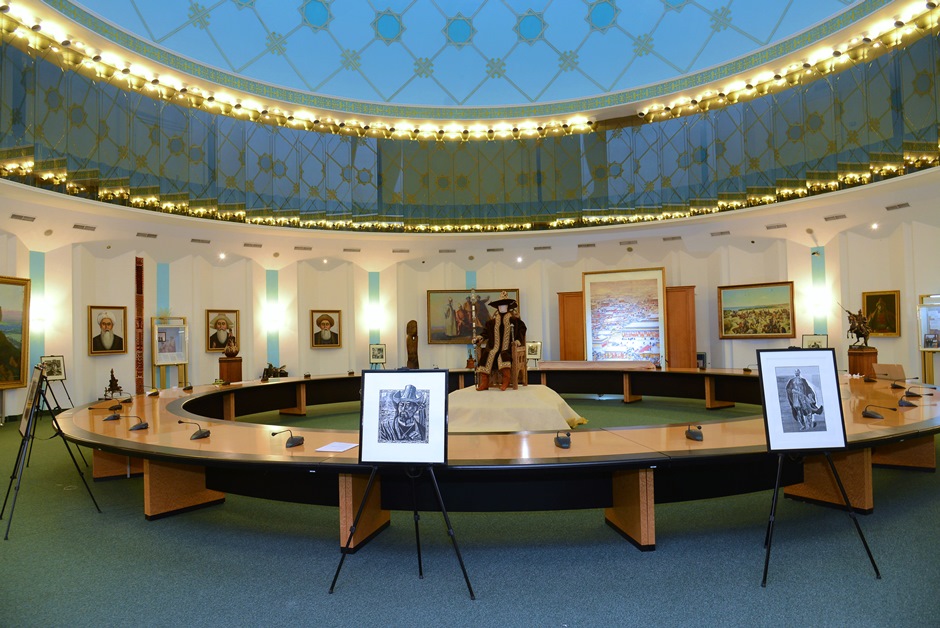 The exhibition «The Kazakh khanate: great images of the Great steppe» satisfies visitors of the museum — residents and guests of Astana for seven months. The exposition has found appreciative audience during this time.

The possibility to know about fate of certain exhibits, to listen thematic excursion and to be back in special ambience of the Dome hall ingrained by the spirit of freedom, unity of people of Kazakhstan and continuity of its ideals attracts a museum visitor. 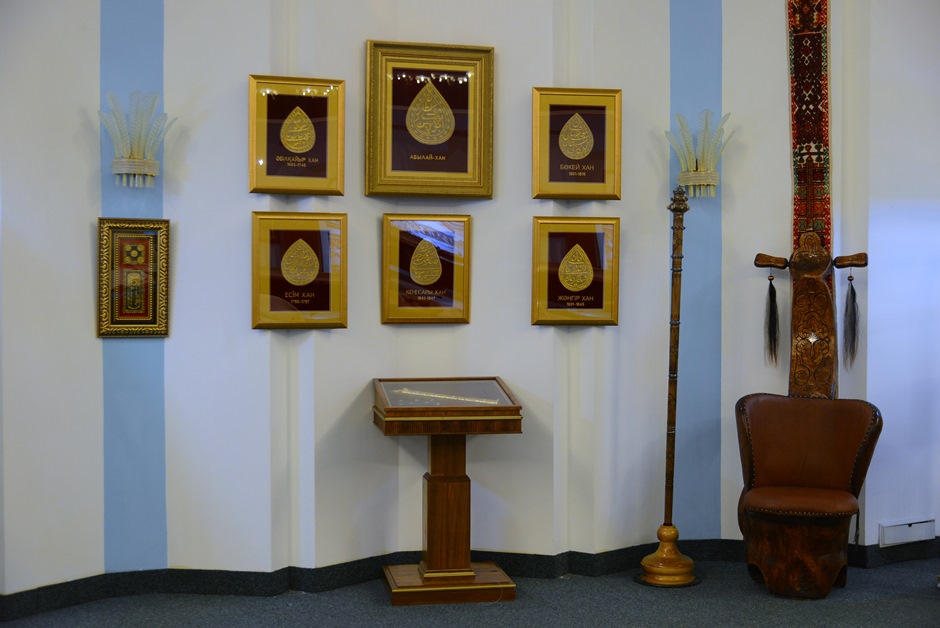 The guests and inhabitants of the capital have a unique opportunity get acknowledged with the exhibition «The Kazakh khanate: great images of the Great steppe» until September, 2015.

Materials on theme
The first congress of the Kazakhfilm filmmakers was held in 1963
Cultural walk: Museum of the Art of Singing of Maira Shamsutdinova
An exchange of views on activities of the web portal "History of Kazakhstan"
Premiere of the musical “Kozy Korpesh - Bayan Sulu” to be held in Astana for the Independence Day