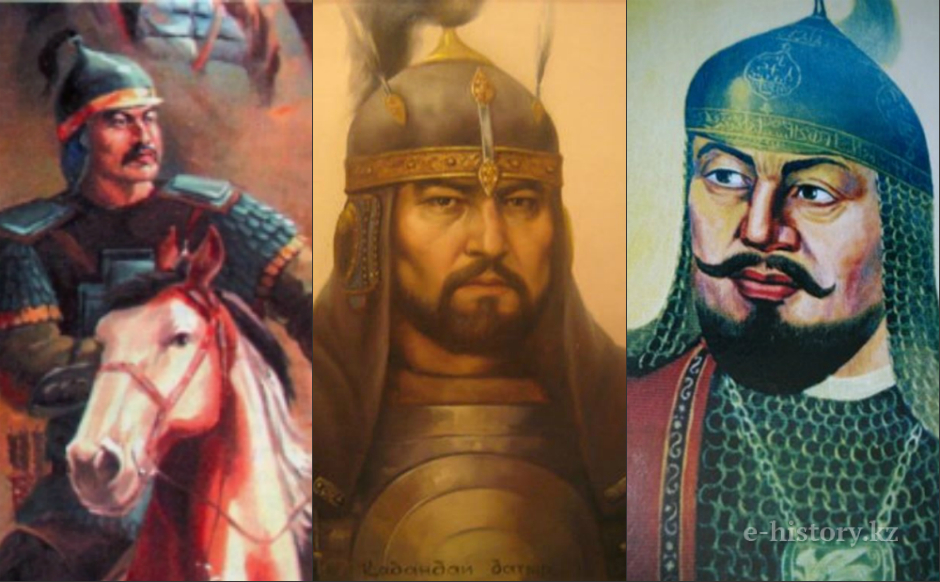 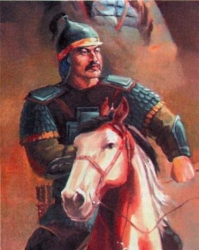 Nauryzbay Kuttymbetuly bravely distinguished himself in the battle against Dzungars, was one of Abylay khan’s ensign-bearers, commander — leader of ten thousand troop-tumen. Nauryzbay was born in 1706 in the vicinity of Zhalpaktas-Seriktas, now it is a territory of Zhambyl district, Almaty region. He comes from the Senior zhuz, namely from Tolemis, Shapyrashty. He was a big and tall boy. His father was a wealthy man. Noticing that his son had powerful body-build from an early age, his father raised two large foals for him, he fed them only with milk. Those horses have served him for 18 years; he went to the battle on them, increasing the glory of his people. In the war against the Dzungars Nauryzbay has lost three brothers: Kudaybergen, Sholpan and Duysen. His generalship and social activity has found particular success in 30-40 years of XVIII century. The news about the victory of Nauryzbay against Shamal khan and Kaskelen was spread about all Kazakh steppe. In 1750-52 they won the battle expelled them outside of Turfan, which is the territory of DPRK together with Malaysary, Kystyk Malay and Shapyrashty Kaskary batyrs and saved a considerable number of Kazakh people. Naryzbay acquired great glory in the steppes. He became the commander of tumen and got the name Shaprashty Nauryzbay batyr. Nauryzbay batyr spent almost all of his life against the Dzungars, he had not let his weapon out of his hand till he was seventy. 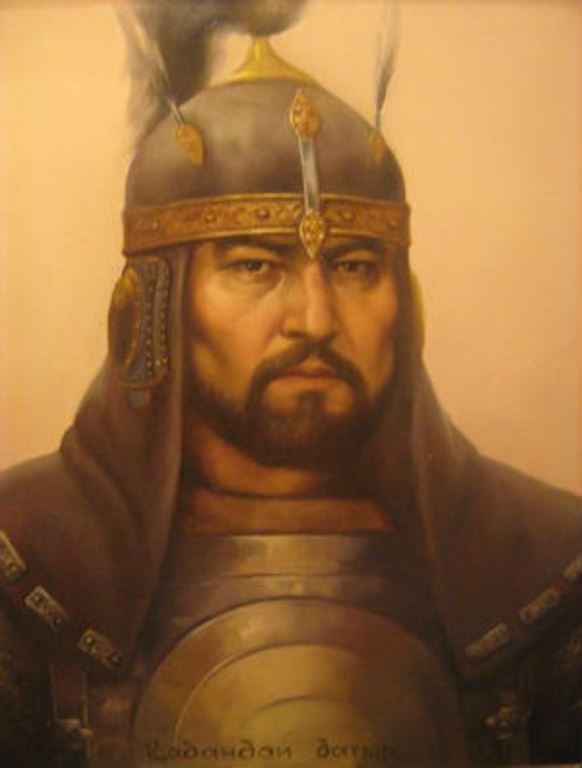 Kabanbay Kozhakululy is one of the great commanders in the war against the Dzungars. He came from the Middle zhuz, Naiman, Karakerey. His real name was Erasyl, which means precious courage. His father Kozhakul batyr gave him that name. People called him Karakerey Kabanbay. Also he had several names. He was called Izbasar — the next heroic way of his father, Narbolu — a young athlete, with the strength of camel, then Daraboza — the first among equals. He became Kaban after Daraboza — who was continually disturbing the enemy. The name Kabanbay widely entrenched among people, later it became a battle-cry. Kabanbay lost his father when he was 7, and lost his brother at the age of 16, who died in Dzungar-Kazakh war. The young man entered the enemy’s camp and killed the Dzungar batyr to avenge his brother’s death. Growing up in military-aristocratic environment, Kabanbay knew warfare tactics well; he was a master of close-handed fight. This helped him to gain some credibility. Kabanbay started as an ordinary soldier. He was noticed and recommended to zhuzbasy — the commander of the detachment from hundreds of warriors. After a while zhuzbasy was entrusted to lead a regiment. After that a brave mynbasy became tumenbasy — commander of the large military unions. Kabanbay became a leader of National liberation army. He led the troops of Kazakh militia together with Bogenbay, Zhanibek, Otegen and other batyrs. In 1723- the year of great disaster-Kabanbay was appointed as the head of defense of sacred capital of the Kazakh khanate — Turkestan. Besides military campaigns, Kabanbay batyr participated in peaceful affairs, for example, organization of Kazakh-Chinese trade. In 1745 he was one of the biys, who expressed a desire to join Russia and came up with this request to Imperial government, assuring Russia and their support in the battle against the Dzungars. 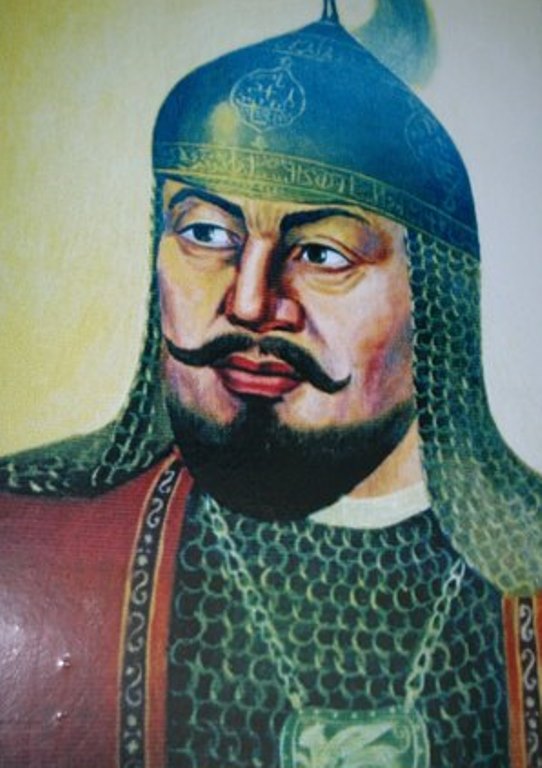 Yeset Kokiuly — Kazakh commander, Tarkhan, the noblest officer of the Junior zhuz from Tama, Zhetyru. The word «yeset» means «worthy», «relevant» in Persian language. He was an active participant of the battle with the Dzungars and Kalmyks from the Volga region for nearly half a century, one of the closest companions of Abulkhayr khan. In the period of "Aktaban shubyryndy«along with the struggle in the membership of united Kazakh militia of three zhuzes against Dzungar troops, he led military operations with Abulkhayr khan in 1723-1726 on the north-west of Kazakhstan against the Kalmyks of the Volga region, where he commanded a large detachment of Kazakh men of the Junior zhuz. From 1726 to 1728 together with Bukenbay he was at the headquarters of the governor of the Kalmyk khanate Caren-Donduk as a hostage. Yeset batyr headed troop of the Junior zhuz in the victorious battles of Tauke khan. Yeset was given valediction from Tauke khan for his heroism and fearlessness during one of the battles where he was remarked by Tauke khan. Yeset batyr led the army of the Junior zhuz with the flag in his hands during the Anyrakay battle, which turned turned the battle. He was a prisoner of the Volga Kalmyks for seven years. In 1743 he was awarded assignment of the honorary title Tarkhan by Imperial government. He was buried on the village Bestamak of Algy district of Aktyubinsk region. Yeset said in his testament: «After my death bury me with my head at the eastern part and legs in the western part of the grave, my spirit should stop delay displacement of Russian troops deep into Kazakh steppe to be decedent». Yeset’s father Koky was a famous batyr, he was called «Taimas batyr».

Materials on theme
Museum of the First President of Kazakhstan to honour veterans
What was the composition of the country’s Supreme Soviet of the XII Congress
When did clothing of Kazakh paluans (wrestlers) appear?
The exhibition “The Kazakh khanate: great images of the Great steppe”