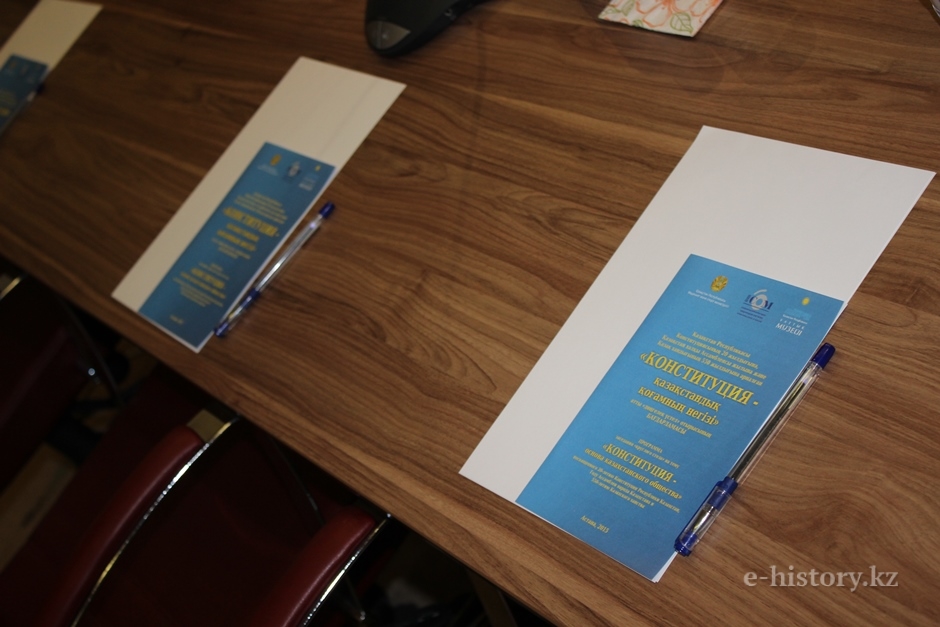 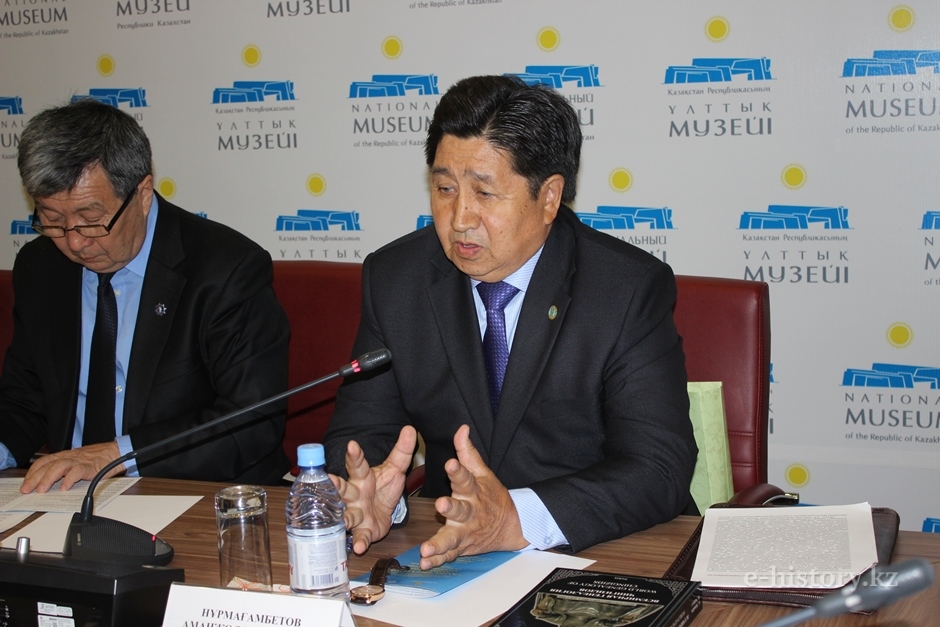 “I do not want to retell the Constitution, just briefly want to stop as the sources of the constitutionalism of Kazakhstan and its continuity under modern conditions. Constitutionalism — the complex of different ideas, concepts, which lie in the basis of the development of legal and political system of any state, it contributes to the formation of the constitution and other laws on the provision of the supremacy of statute law. Constitutionalism has deep roots among our people when on the territory of Kazakhstan the nomadic civilization set up the customary law of the Kazakhs, which has the millenarian history, its certain moments preserved to this day. First, the systematization of the law of Kazakhs relates to XVI century: “Kasym hannyn kaska zholy”, “Esim hannyn eski zholy”, further “Zhety zhargy”. Up to these days, several elements of the laws of Kazakhs of those times preserved, for instance, family-marriage relations, law of property on pastures and water basins, defense of widows and orphans’ rights. For more than two centuries we were a part of the Russian empire and one can say that it tried to replace the customary law of the Kazakhs by the Russian legislation, but the law of the Kazakhs in any case was functioning till the end of XX century. In turn, the Russian legislation has its longstanding history, their tsardom did not the Constitution, there were the attempts from M. Speransky’s side, then Decembrists, further Alexander I twice tried to adopt the Constitution, but as a result, without success. It is worthy to note that on 21 November 1917 in the newspaper “Kazakh” the program of the party “Alash” developed by A. Bukeykhanov, M. Dulaotv and other representatives of intelligence, was published. In this program the system of governance which was also effective today, was provided. The first Constitution of the modern Kazakhstan existed for two years, it was the compromiss constitution, at that time there was a strong Supreme Council, besides, he stayed since the Soviet times, they dictated all the conditions and strived to make our republic the parliamentary-presidential. There was a struggle between the Supreme Council and nascent presidential power, but the constitution did not solve the arguments which could emerge between them. For example, the Referendum could be announced not only by the President, but also by the Supreme Council", — told the member of the Constitutional Council RK  Amanzhol Nurmagambetov. 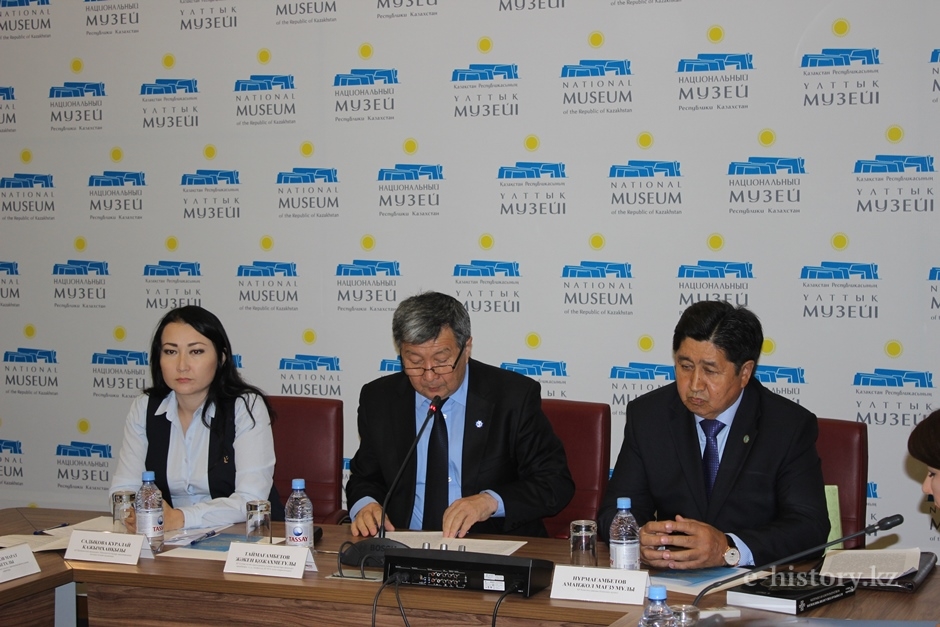 In addition, the senior researcher of the Justice Institute of the Academy of Public Administration under the President RK Sadykova Kuralay, deputy director on scientific work of the National museum RK — Taymagambetova Zhaken and many others delivered the speech. 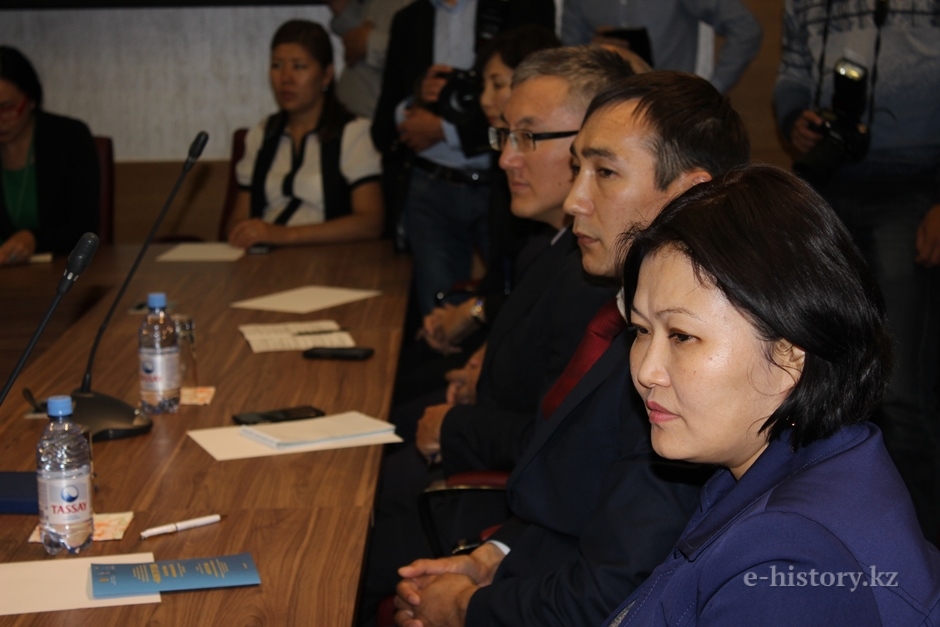 Thus, for 20 years the Constitution of the Republic of Kazakhstan turned the trustworthy guarantee of successes in the new Kazakhstan. Owing to the effective legal system, we achieved the economic growth and social wealth, provided peace and stability in the country. On the basis of key statements of the Main law important for the country transformations were carried out: today, the country is distinguished with economic and political stability, accord and unification among people, residing the country, and determination to the new heights and successes.

Use of materials for publication, commercial use, or distribution requires written or oral permission from the Board of Editors or the author. Hyperlink to Qazaqstan tarihy portal is necessary. All rights reserved by the Law RK “On author’s rights and related rights”. To request authorization email to mail@e-history.kz or call to 8 (7172) 57 60 13 (in - 1163)
Қазақша Русский English
MOST READ
Month Year
The referendum on the Constitution is a significant stage of democratization
Philosophy of the Emblem
The rural akims: the country's hope is in the elections
Kazakh historical drama Tomiris premiered in Istanbul
Stolypin about the worries and hopes of immigrants to the Kazakh steppes
ALASH IDEA IS THE PROTECTION OF KAZAKH STATEHOOD
A tireless explorer of the Kazakh land
SWITCHING TO THE LATIN ALPHABET – UNITE ALL KAZAKH PEOPLE
Kunaev Dinmukhamed Akhmedovich
People who eat horses will kill you
Kazakhstan's participation in the Winter Olympics has a long history
Rebooting a field of science and education
Recorded history of Kazakhstan. Part 1
Materials on theme
Talgat Begeldinov’s lucky number
The old-timer building. Mausoleum of Aisha-Bibi
L.N. Gumilyov Eurasian National University hosted ethno-historical forum
The first congress of the Kazakhfilm filmmakers was held in 1963