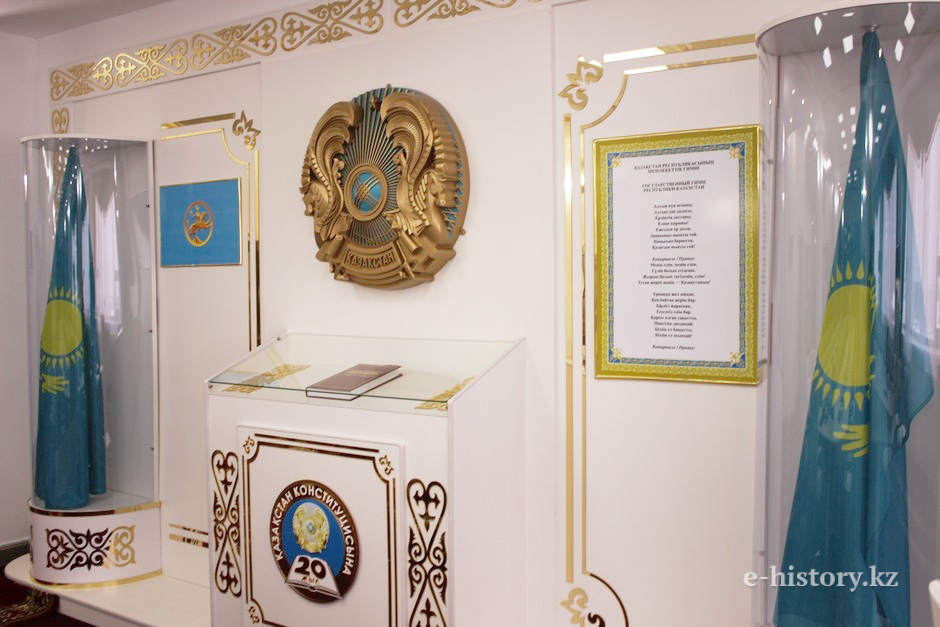 Constitution hall was solemnly opened by general director of the National Academic library of RK U.D. Munalbayeva and chairman of the Constitutional board of RK I.I.Rogov

Today, the opening of the «Constitution» hall devoted to the 20th anniversary of Constitution of the Republic of Kazakhstan was held. 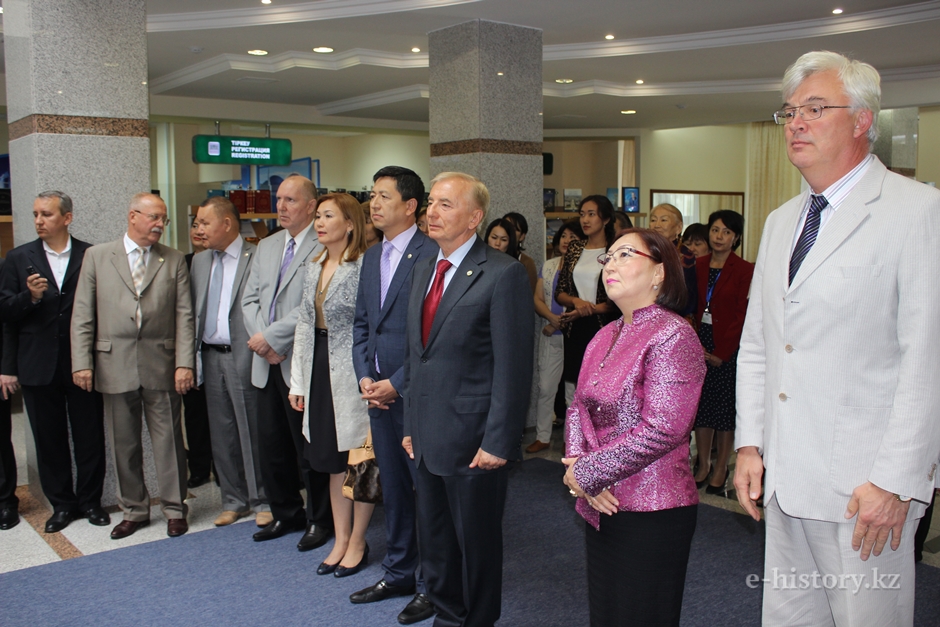 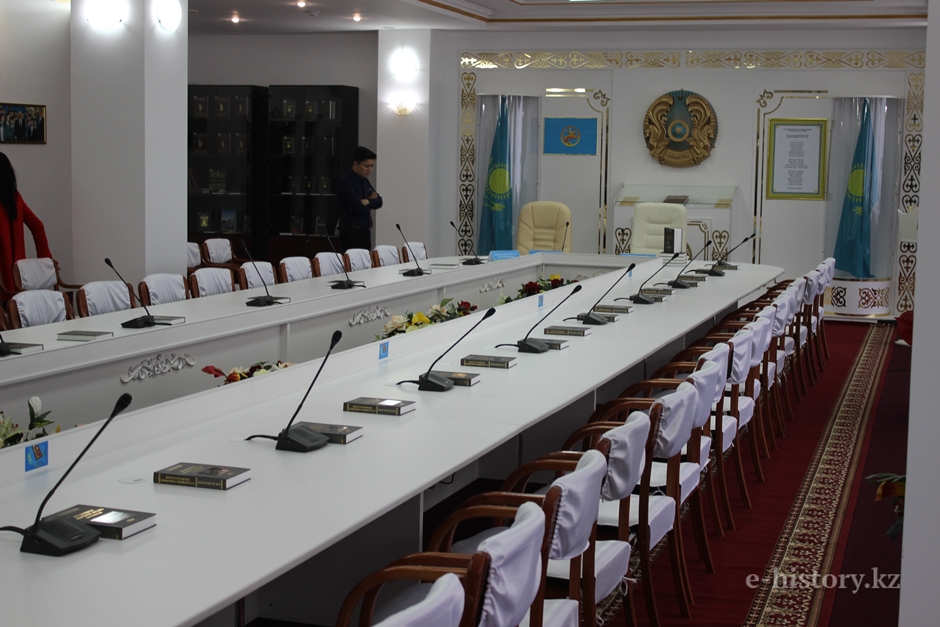 Also, presentation of republished book «Criminal customary law» was held in the framework of opening the hall. The author Kulteleyev Tair Muldagaliyevich (1911-1953) is the first Kazakh scientist-lawyer, one of the organizers of legal science and legal education in Kazakhstan, a major researcher of customary law of Kazakh people. 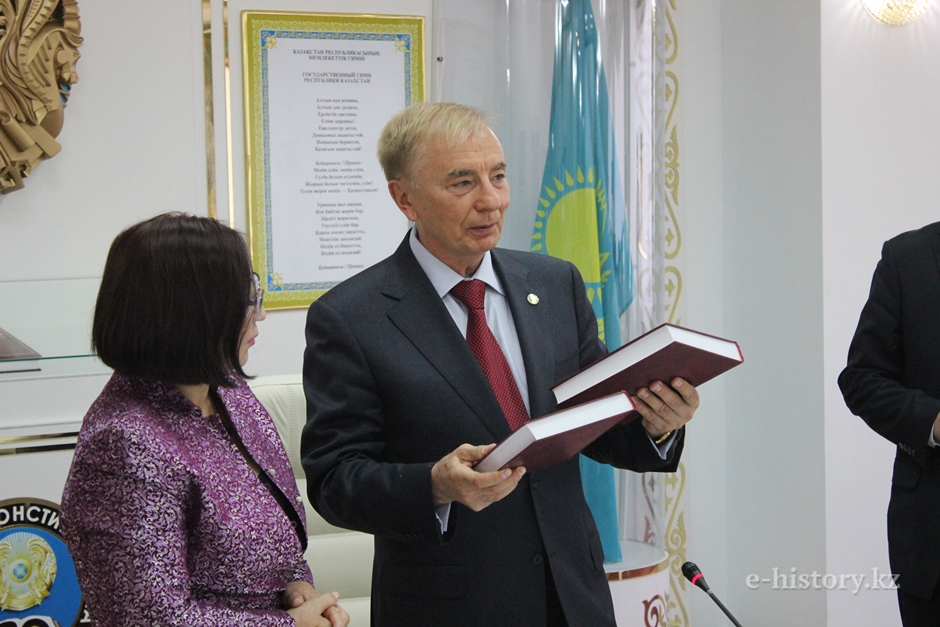 -These books are placed in the library and our reader can review with these works through the internet. I would like to note, that our library was opened 10 years ago on the initiative of the Head of the State — N.A.Nazarbayev, it contains more than one and half million books. Yesterday our colleagues came from International Federation of Library Association IFLA, they mentioned that we are developing up to date, European colleagues do not deny it too, and they consider that we are ahead in many respects. And I take occasion to congratulate all our colleagues and people of Kazakhstan on coming big holiday of our country! Dear Igor Nikolayevich, «Constitution» hall is always opened for you, moreover, our institution is the only that does not take payment. This hall is always opened and available for all visitors. I’d like to enclose my gratitude to the Minister of Culture and Sport Arystanbek Mukhamediuly, who always encouraged opening of this hall. I am proud to say that our library will continue to promote our main law- the Constitution of RK,- said general director of the National Academic library of RK Munalabayeva Umitkhan. 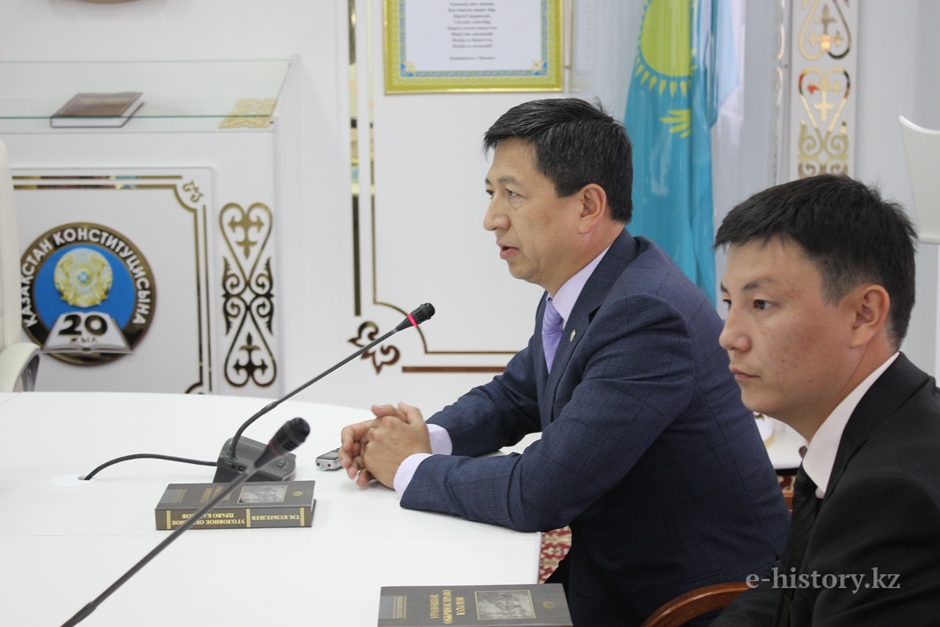 -There are more than 500 libraries, but such library is the only one, the opening of «Constitution» hall is a great event for the cultural lives of people of Kazakhstan, because writers, youth and people, who engaged in legislation can gather there, therefore, we believe that this hall will be useful-said the Executive secretary of the Ministry of Culture and Sport of RK K.S. Ualiyev. 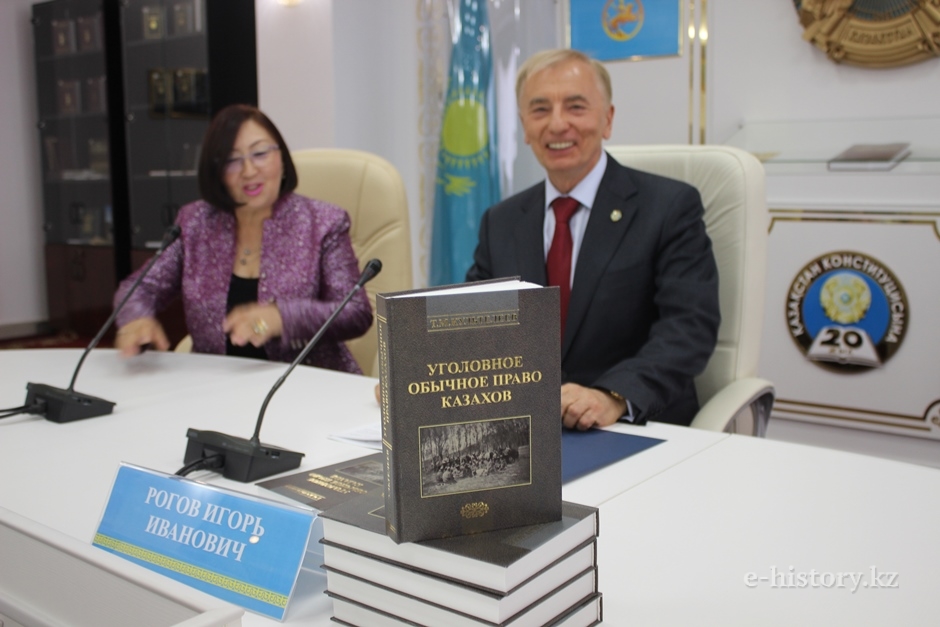 -Dear guests of the events, I would like to emphasize that it is an important event for Constitutional board, there are five members of seven. The fact, that such hall is opened gives evidence of reverent attitude to the main law of our country, this hall show the history of creation of the Constitution. I take this opportunity to congratulate everybody on the anniversary of the Constitution of RK and wish success and health. I think, allocation of the special hall, equipped according to all requirements of modern science and practice contributes to development of legal science and cultural-legal education-said the Chairman of the Constitutional board of RK, Rogov I.I. 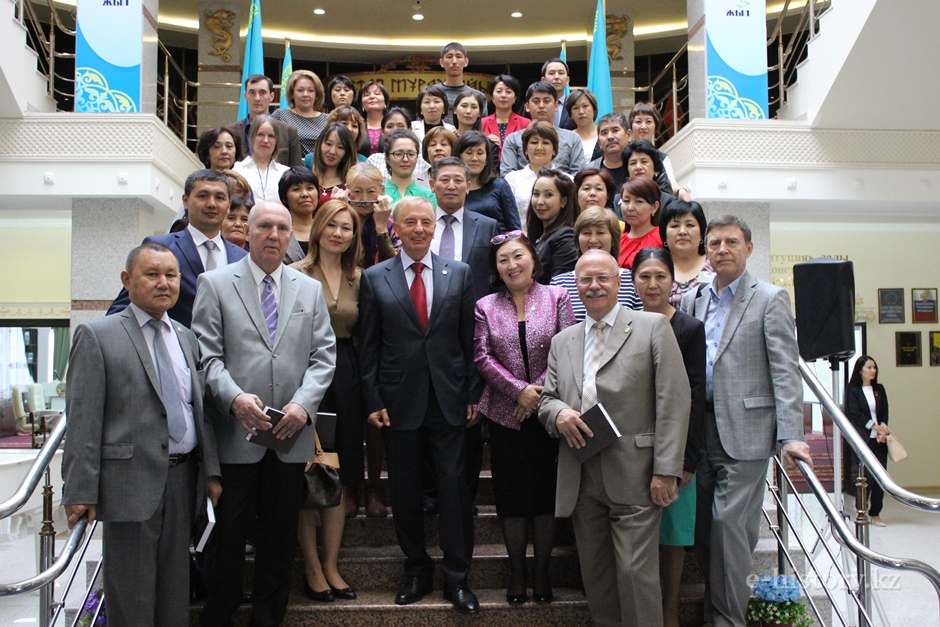 At the end of the event, guests made a commemorative photo.
By Miras NURLANULY
Use of materials for publication, commercial use, or distribution requires written or oral permission from the Board of Editors or the author. Hyperlink to Qazaqstan tarihy portal is necessary. All rights reserved by the Law RK “On author’s rights and related rights”. To request authorization email to mail@e-history.kz or call to 8 (7172) 57 60 13 (in - 1163)
Қазақша Русский English
MOST READ
Month Year
Kunaev Dinmukhamed Akhmedovich
History of pandemic in Central Asia Kazakh dissidents: Amangali Kenzheakhmetuly, known as the “Gang” The excavation works in the town of Syganak Living for the Kyrgyz account A death of Ulugbek Heroic mothers of the great steppe How had the World War II been started? 14 monuments at Tekturmas The rural akims: the country's hope is in the elections Philosophy of the Emblem Stolypin about the worries and hopes of immigrants to the Kazakh steppes Kazakh historical drama Tomiris premiered in Istanbul