Exhibition of artworks “Country of Bulgaria” 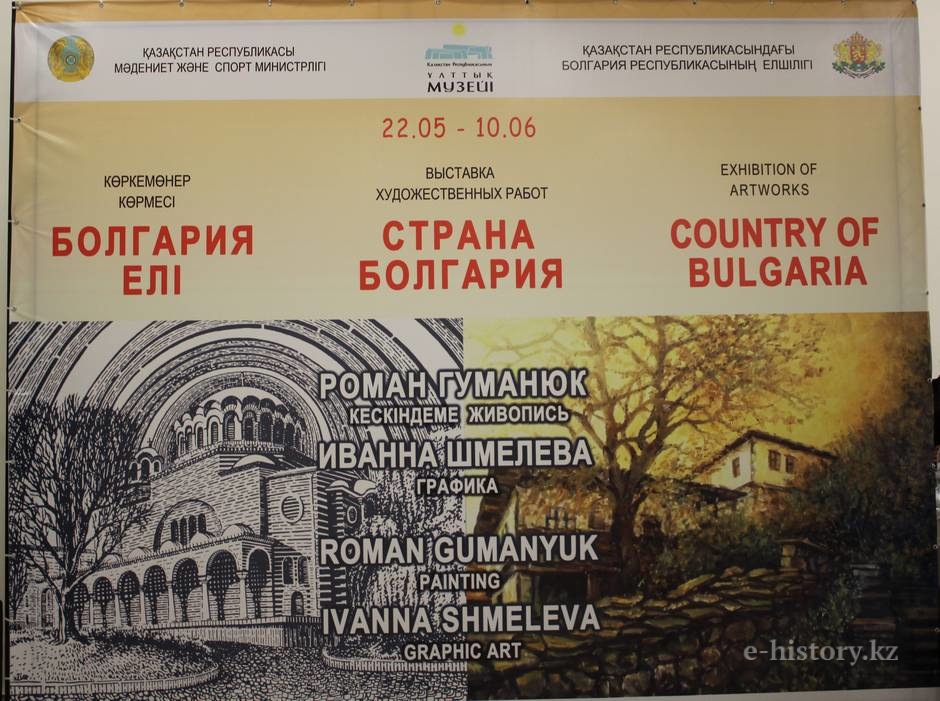 On May 22, 2015 the exhibitions of artworks of Kyrgyz artists like Roman Gumanyuk and Ivanna Shmelyova "Country of Bulgaria" was held in the National Museum of the Republic of Kazakhstan.

The exhibition was organized with the help and support of the Embassy of Bulgaria in Kazakhstan and Ministry of Culture and Sports of the Republic of Kazakhstan. The event is held within celebration of the twentieth anniversary of Assembly of the People of Kazakhstan. At the same time, this exhibition was devoted to the Day of the Bulgarian education, culture and Slavic alphabet. 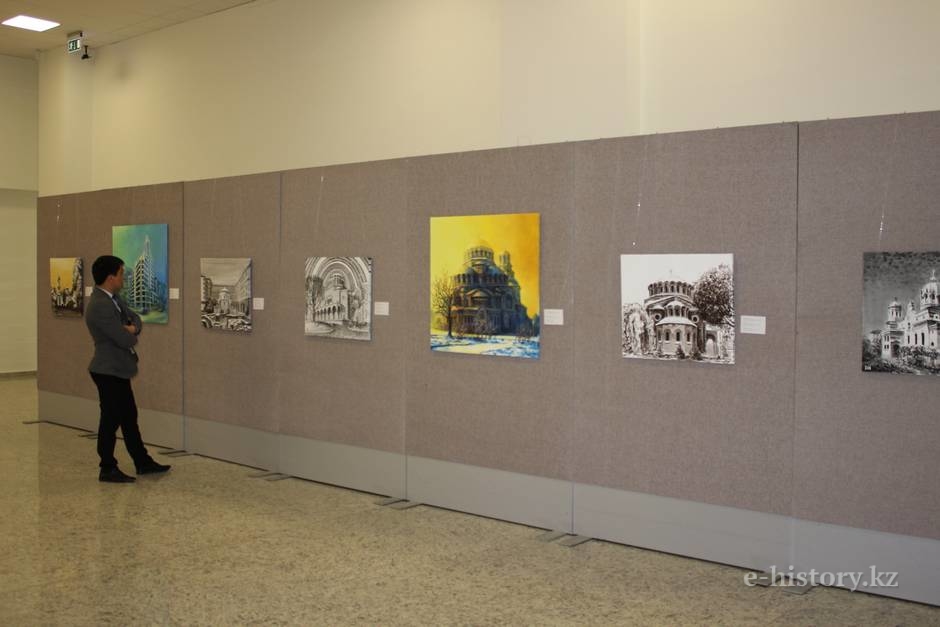 Minister of Economy of the Republic of Bulgaria, Bozhidar Lugarsky, Deputy Minister of Economy Daniela Vezieva and other senior officials, who arrived in Astana to participate in the eighth Astana Economic Forum, took part in the opening ceremony of the exhibition. 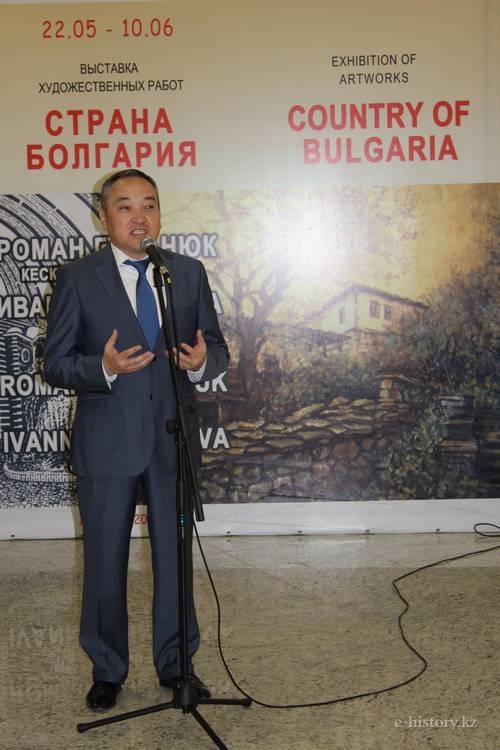 Darkhan Mynbay, the Director of the National Museum, making an opening speech, noted that such event strengthen spiritual and cultural relations between two countries.

Following after the speech of Darkhan Mynbay was the speech of Bozhidar Lugarsky. He expressed his gratitude to people of Kazakhstan for hospitality. Moreover, he emphasized on the importance of the fine arts for a person and noted significance of role of art in education of youth.

Fifteen graphical works of Ivanna Shmelyova and eighteen works of Roman Gumanyuk were presented at the exhibition "Country of Bulgaria".

The works of the young artist Ivanna Shmelyova expresses her admiration to greatness and beauty of historical architectural monuments. 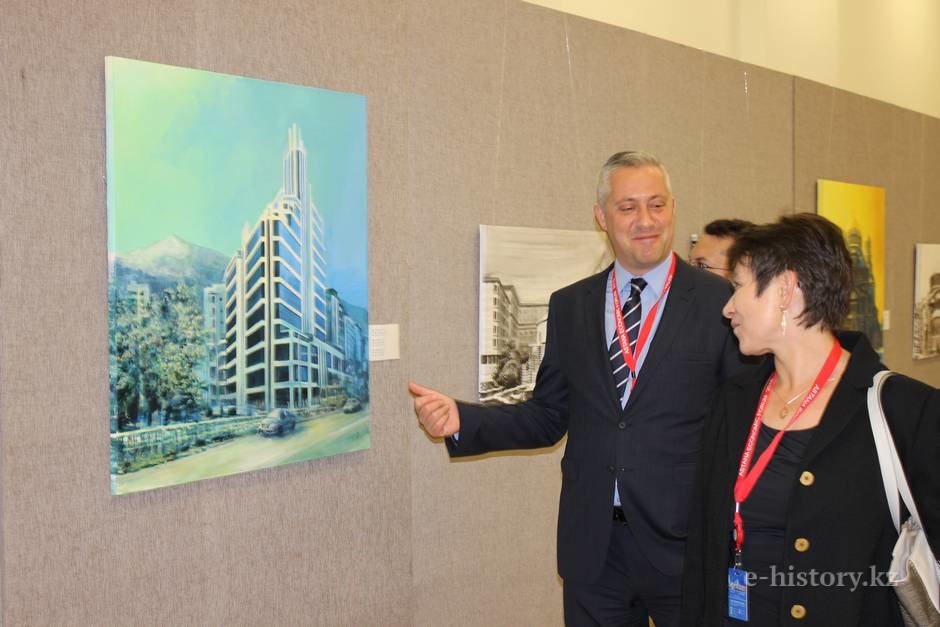 From the early childhood Roman Gumanyuk began to draw. He tried to draw in various genres and technics. Roman is ethnic Ukrainian. In his works he pays a lot of attention to his historical homeland. Today, the artist prefers to work in landscape painting. His works are full of sensation to the nature. Roman in his works could express thin emotional interpretation of images of the nature through his own feelings.

The works of two artists supplement each other and highlight their identity and uniqueness. Ivanna Shmelyova and Roman Gumanyuk take active part in many international exhibitions. They are winners of many international art competitions. 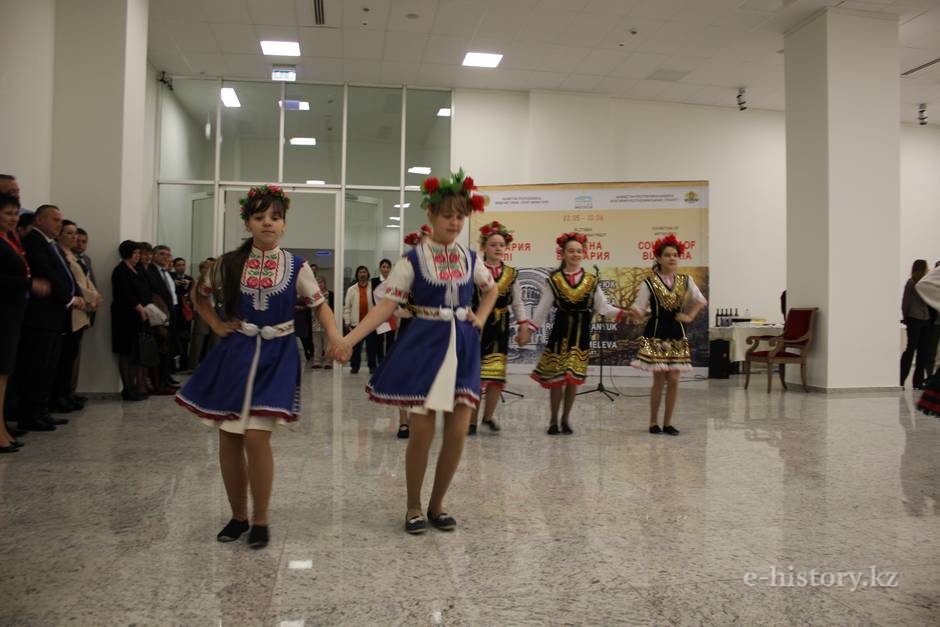 At the same time, national Bulgarian dances and songs were shown at the opening ceremony.

The exhibition of artworks "Country of Bulgaria" will take place from May 22 to June 10, 2015.