Home News The history of the orchestra group "Otrar sazy"

The history of the orchestra group "Otrar sazy" 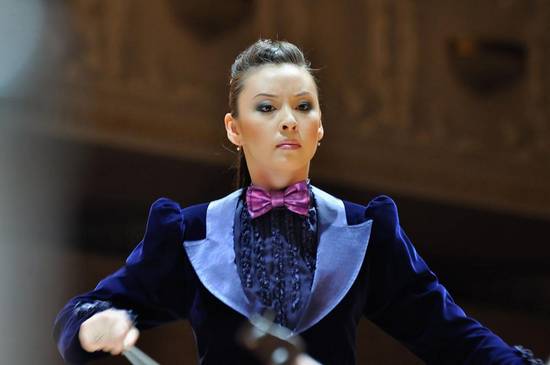 The orchestra group "Otrar sazy" is a unique phenomenon in the world of arts. It is a golden bridge between arts and people

The history of the orchestra "Otrar sazy" started in 1979. Initially, the orchestra was established as an ensemble under the Kazakh National Philharmonic Society named after Zhambyl. At the very beginning, the group consisted of eight musicians, students and teachers of the Kazakh National Conservatoire named after Kurmangazy who played traditional musical instruments. Bulat Sarybayev, a musical culture researcher who played the pipe, was the Director of the musical group at that period.

In 1994, the orchestra group "Otrar sazy" won the first prize at the previous World Festival of Musical Art in North Korea and was awarded a golden medal. On November 5, 1999 the orchestra was named after Nurgisa Tlendiev. In 2000, the musical group obtained the name of an academic orchestra. 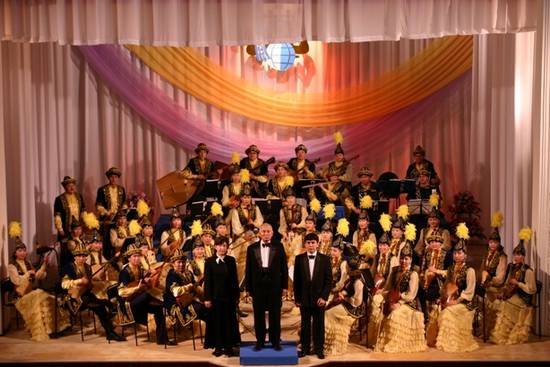 Nowadays, sixty musicians work for the orchestra. They played the following musical instruments: dombra, kobyz, sherter, shankobyz, syrnay, saz syrnay, sybyzgy, asatayak, dauylpaz, tuyaktas, konyrau. This diversity of sounding gives the orchestra an opportunity to reflect and demonstrate the richest unique images of Kazakh national folklore. That is the goal set by the first artistic director of the orchestra Nurgisa Tlendiev. 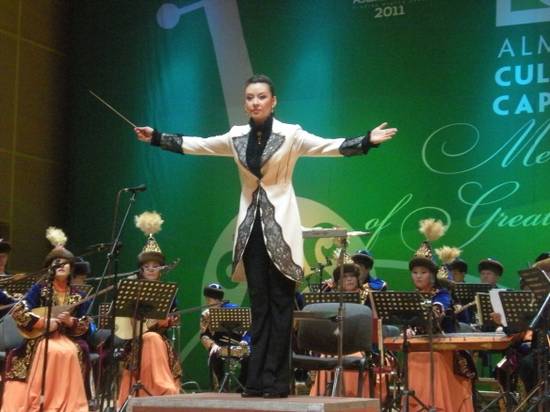 Use of materials for publication, commercial use, or distribution requires written or oral permission from the Board of Editors or the author. Hyperlink to Qazaqstan tarihy portal is necessary. All rights reserved by the Law RK “On author’s rights and related rights”. To request authorization email to mail@e-history.kz or call to 8 (7172) 57 60 13 (in - 1163)
Қазақша Русский English
MOST READ
Month Year
Kazakh historical drama Tomiris premiered in Istanbul
ALASH IDEA IS THE PROTECTION OF KAZAKH STATEHOOD
Stolypin about the worries and hopes of immigrants to the Kazakh steppes
A tireless explorer of the Kazakh land
SWITCHING TO THE LATIN ALPHABET – UNITE ALL KAZAKH PEOPLE
Kunaev Dinmukhamed Akhmedovich
People who eat horses will kill you
Kazakhstan's participation in the Winter Olympics has a long history
Rebooting a field of science and education
Recorded history of Kazakhstan. Part 1
Historical Dates on the Bosphorus
Recorded history of Kazakhstan. Part 2
Materials on theme
“Nauryz – zhyl basy” round table
Unified medal to 70th anniversary of the Victory
"The Kazakh Christmas Tale" exhibition will be opened in the Museum of Modern Art in the city of Astana.
The premiere of the historical drama “Abylay khannyng Armani” will be held in Astana.