Home News The redoubtable army of the Mongol Empire: the secrets of military success

The redoubtable army of the Mongol Empire: the secrets of military success 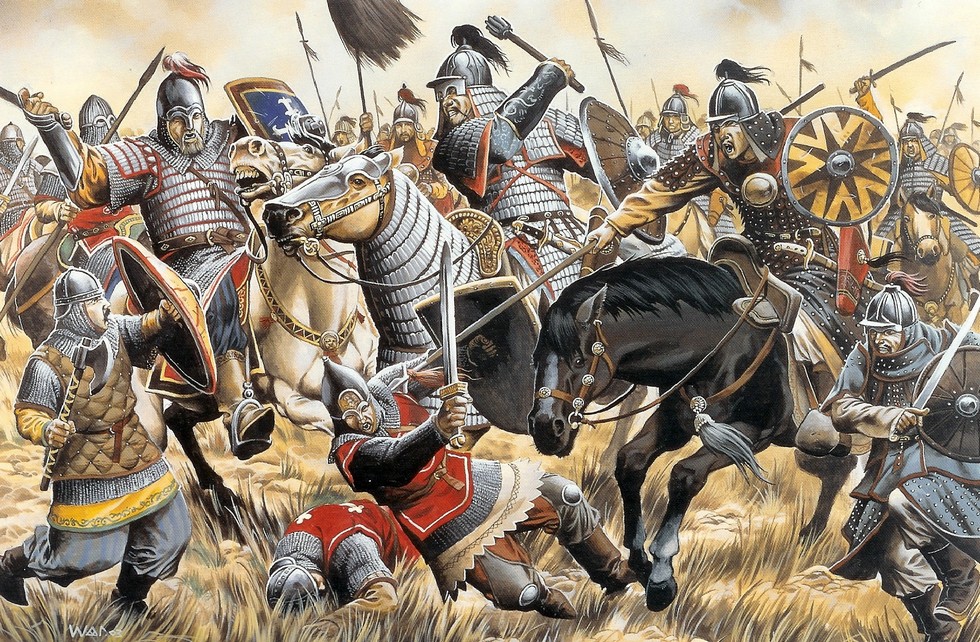 Yuriy Alekseevich Kuleshov, Scientific Secretary of the Problem Council on Military Archaeology under the Institute of Archaeology, Russian Academy of Sciences (Moscow, Russia), told us about the warfare of the Golden Horde. 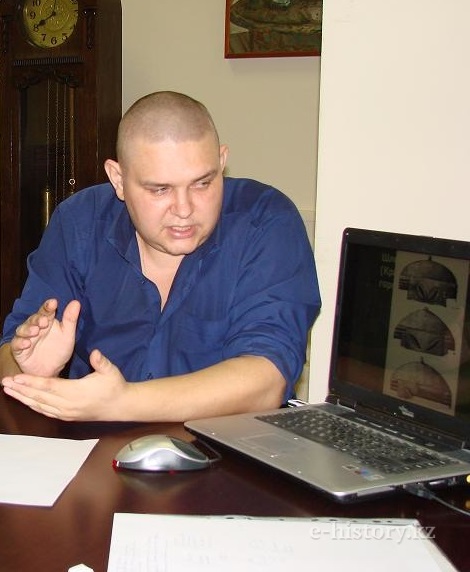 — What generated your interest in the military history of the Mongol Empire?

— The Mongol Empire influenced all spheres of life in its neighbouring countries from the Pacific Ocean to Adriatic. At the same time, warfare was the most heavily affected by the Mongols. At the beginning of my beginning scientific career, I was focused on military arts of Old Russia during the period of the Late Middle Ages. However, very soon I realised that it was impossible to continue my work without studying military history of the Golden Horde. Therefore, my scientific interest shifted to the Golden Horde and then the whole Mongol Empire.

— The Mongols were considered to be strong and redoubtable enemies. Which tactics did they use in military operations and how did it differ from tactics of other nomadic tribes?

— Most notably, this is not a matter of tactics, it is a strategy. Tactically the Mongols were archers. In this regard, they were hardly more different from other nomads. Of course, they had some tactical innovations, including massive zone fire. But the most important thing was strategic manoeuvres. 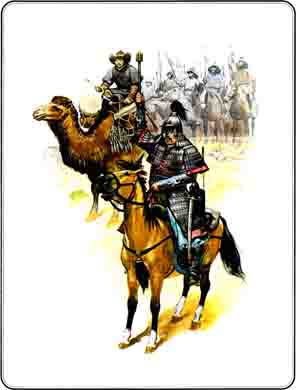 The first and foremost is action on a broad front. To understand the significance of this innovation let’s take a look at the methods of warfare in the Middle Ages. They were the same in the territory of Eurasia. A country, which started a war, gathered its army. The fact is countries didn’t have regular armies. It included either feudal lords or farmers, who were obliged to perform military service. They didn’t have the same income and couldn’t be equipped equally. Logistical support to the army during military campaigns was place on its state. That is why any army was accompanied by a great number of waggons. When an army marched, it moved in one direction, in fact, protecting its columns. The same army walked towards it. In a certain place, they met and fought. After the battle initiator of the military campaign either looted the territory of defeated enemy or being beaten returned home and waited for the response. 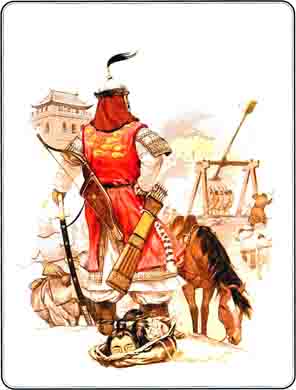 The Mongols adopted another strategy. They attacked a broad front and thus didn’t give their enemy an opportunity to gather. If enemy’s army managed to rally, the Mongols often failed. The same situation occurred in crossing the Kama river. In the alternative, the significant sacrifices were made by the Mongols to win, similar to what repeatedly happened during the conquest of Khorezm or in battles near Kolomna and Liegnitz.

The second innovation was terror. It was usual for the battles of the Middle Ages to surrender. Very few people were killed in fights. For example, only 20 Russian people were lost the Prince Alexander Nevsky’s battle against the Swedes on the Neva river. At the same time, the Teutonic Order lost around 70 people in the battle on the Chudskoe Lake. Mostly, captured warriors were representatives of privileged classes and their relatives paid a ransom for the release of the hostages. So, there was no need to die. In turn, the Mongols held demonstrative executions of captured warriors. Thus, European chroniclers described barrows of heads which remained after the Mongols during their conquest in the Central Europe. These methods terrorised people and stifled their will to fight back. Actually, this explains a series of voluntary surrenders of cities and fortresses. 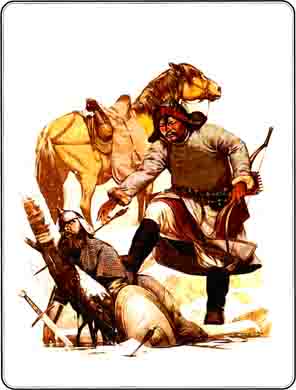 — How did Mongol rulers manage to supply their armies in steppes? Did the Mongols know how to process iron and produce weapons and armour?

— In the first place, it was the acquisition of arms and ammunition in defeated countries. For instance, the Jin Empire and Khorezm had huge arsenals. During their military campaign in Khorezm, the Mongols seized one of the biggest centres for producing weapons — the city of Tabriz. The centre was as developed as German Rhine or Italian Milan and supplied weapons to many regions of the world. To imagine how important it was, we should refer to the example of the Rhine workshops, which delivered swords to the territory from the Atlantic to the southern Ural during 9th-14th centuries. 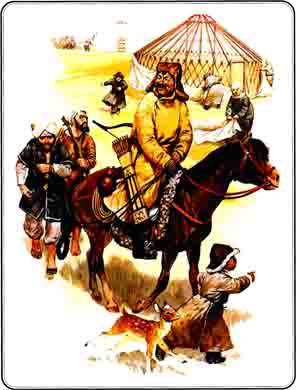 What about those states which appeared after the collapse of the Mongol Empire, the trade made the most significant contribution to the equipment of the army of the Golden Horde. Some written sources report about strong supply from Italy and Mamluk Egypt. This information is confirmed by the results of archaeological excavation.

If we talk about processing of iron and manufacture of armaments and ammunitions, initially the Mongols did not have their own resource base. At the same time, the neighbours imposed an embargo on the supply of strategic goods, including iron. Later, as the result of their military campaigns, the Mongols gained access to resources and captured a lot of craftsmen. The craftsmen were brought from defeated cities to Mongol lands where they worked for metal processing centres and produced weapons. According to written sources, there were the two major centres: the first one was located on the eastern slopes of the Mountains of Altai and had 10 000 craftsmen. The second centre was situated near the modern Kyrgyz city of Talas. By the way, 700 Saxony’s metallurgists, who were captured during the military campaign in the Central Europe, worked there. 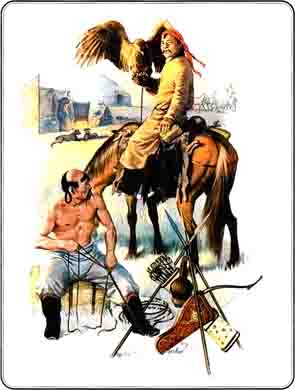 — The Mongols were both excellent riders and skilful archers. Can we say that their military successes were achieved by using innovative weapons of the time?

— There were only four innovative weapons before the establishment of regular armies of the New Age, including bow, stirrup, sabre and gunpowder. Effective innovations spread rapidly in that period. That’s why there can be no talk of any innovations used by the Mongols. Their military successes are results of excellent strategy and rigid discipline.

— No historian can claim that a composite bow was first used by the warriors of Genghis Khan. What military inventions are definitely attributed to the Mongols?

— Composite bow has been known since the times of Cimmerians. What about inventions made by the Mongols, in my opinion, these discussions are speculations. Everything, except firearm, was invented before the start of the Mongols’ invasion. The Mongols just knew how to use bows, stirrups and sabres.

Materials on theme
Ukrainians in Kazakhstan: history of removal
Heroes of labour – residents of North Kazakhstan
Zh. M. Malibekov: «Five-pointed star on the Emblem was added by the President himself»
Cultural walk: Museum of Saken Seyfullin