The Museum “Kulager-Kazanat” is being built not far from Astana 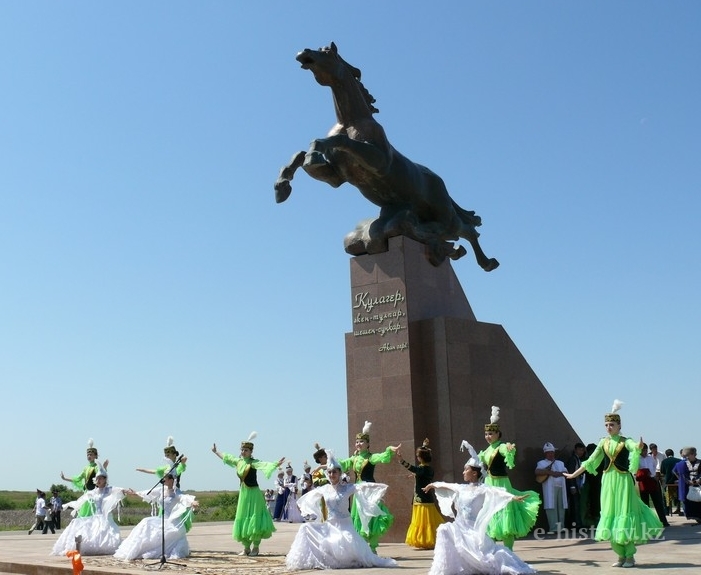 The monument to famous horse Kulager was erected on the highway Astana-Kokshetau in 2009. The author of the project Sadybek Tugel is planning to build the Museum of Glory of the Great Steppe there 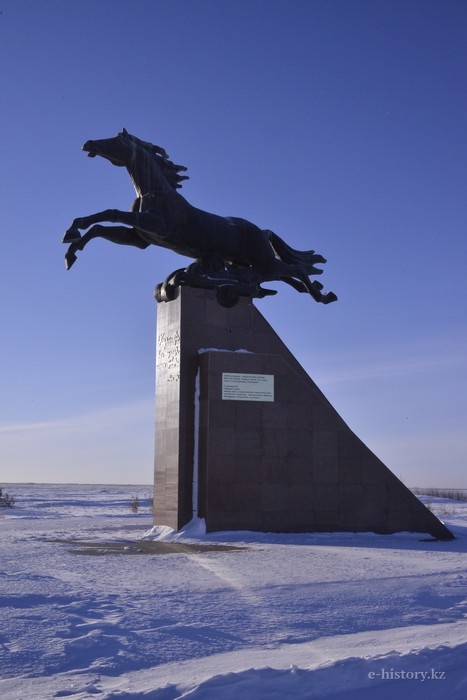 The legendary horse belonged to the famous Kazakh akyn Akan sere. The place for the monument is not coincidental. Akan sere and his racer were from Kokshetau. The highway Astana-Kokshetau plays a significant role in the development of domestic tourism. The beautiful horse meets and sees off all travellers who move from the capital of the country or go there.

The prominent horse Kulager never lost in races. In autumn 1876 a great horse race was organised. Over three hundred horses participated in it. Everyone was sure that Kulager will win again. It gained an immediate competitive advantage, but an arrow of envious people interrupted its race. Akan sere was really upset. People say that Akan sere couldn’t accept the death of the horse for the rest of his life.

The 3-meter high monument was erected at the place of the horse’s death (near the village of Pavlovka, Akmola region) in 1989. Local inhabitants have special rituals connected with the monument. On their wedding day, newlyweds came to lay flowers at the foot of the monument. Men bring their horses to this place before race-meeting. Sometimes, teachers gave history lessons near the monument to Kulager. So many young people, inspired by the story of Akan sere and his horse, started learning how to ride a horse and participating in races. In 1996 collectors of scrap metal stole bronze horse. It was a shock to local community.

At that time Honoured Worker of Kazakhstan, editor-in-chief of the republican popular science journal about national values "Kazanat" Sadybek Tugel promised to return the monument which had turned into the symbol of respect for the origins and national heritage and loyalty towards the land of ancestors. He became the author and initiator of the national action aimed at preserving the memory of the most famous horse in the steppe. Everybody tried to help, including representatives of governmental authority, intellectuals and ordinary people. Sultan Ilyayev made a sketch of the new monument. And in 2009 Kazakhstan people saw a new monument called ‘Kulager Flying Trough Time" — a 7-meter high stele and the beautiful horse on the top. The monument became the symbol of Kazakhstan nation which continues going forward.

Working on the monument Sadybek Tugel came to a conclusion that the vast territory around it will allow organising various horse races. At the same time, he got an idea to build a museum there. Six years have passed and the idea became a real project. According to Sadybek Tugel, the building has been already designed. The author of the sketch is architect Tolegen Chereev.

Materials on theme
“Traditional life in the steppe”: trade and craft of Kazakh people
“She was a great mother”. Interview with Gulfayrus Ismailova’s son
Jewelry of Kazakh people
Military parade in Astana