Home News A Series of Charity Concerts "All Time Classics"

A Series of Charity Concerts "All Time Classics" 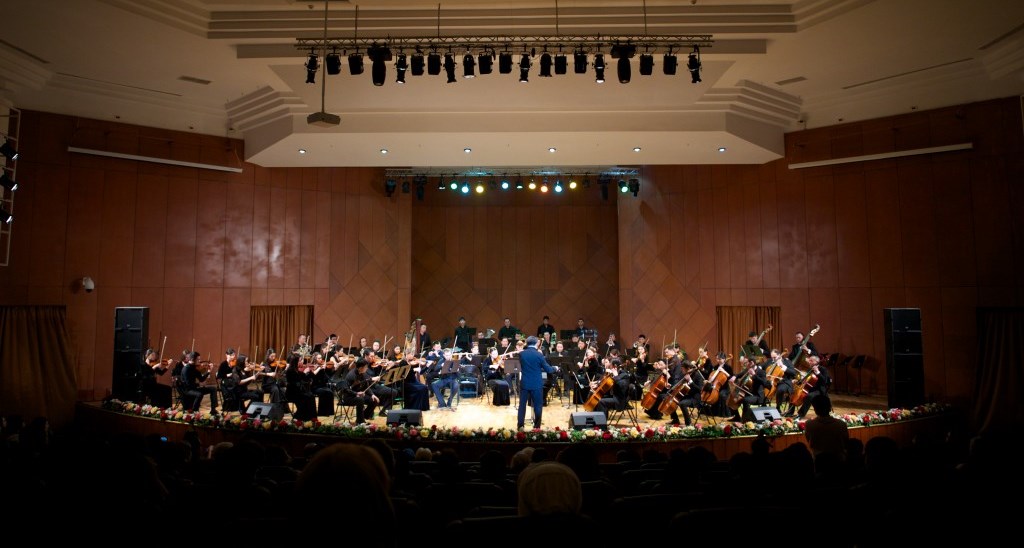 On March 5 at 17.00, the concert "Music of Vivaldi" will take place in the "Astana" National Art Gallery. The evening will be held within the framework of the Astana Opera House’s series of charity concerts, dedicated to the 70th anniversary of the Great Victory.

Vivaldi is one of the most famous composers of the Baroque era. He wrote a great number of works for various solo instruments.

— The "Four Seasons" is Vivaldi’s most famous work. There is a theory that the composer himself wrote the sonnets for this musical composition. This music is often featured in films and on the radio. However, I think that the audience will be interested to get to know the whole series together: Spring, Summer, Autumn and Winter. This music is very imaginative. We can assume that the composer portrayed four ages of man from birth to death. The sense of sadness from falling leaves and joy of life of the blooming spring and summer can be heard in the music, — continued Kalamkas.

We would like to remind that throughout the year the opera house has scheduled 12 concerts to mark the 70th anniversary of Victory in the Great Patriotic War (1941-1945). Their main purpose is to give the audience an opportunity to enjoy classical art.

— Participation in these concerts brings us great joy, — noted the orchestra soloists.

The concert starts at 17.00, free admission.

Our website reminds that this year the Republic of Kazakhstan celebrate one of the most significant anniversaries in the modern history — the 70th anniversary of Victory in the Great Patriotic War. Is known the Nazi invasion of the USSR in June 1941 heralded the beginning of the most titanic battle in the history of humanity. The war ended in complete defeat for Nazi Germany less than four years later with the fall of Berlin on May 9, 1941.

Use of materials for publication, commercial use, or distribution requires written or oral permission from the Board of Editors or the author. Hyperlink to Qazaqstan tarihy portal is necessary. All rights reserved by the Law RK “On author’s rights and related rights”. To request authorization email to mail@e-history.kz or call to 8 (7172) 57 60 13 (in - 1163)
Қазақша Русский English
MOST READ
Month Year
Burial mounds of the southwestern part of the Semirechye region
Union of the Archives and Library
The referendum on the Constitution is a significant stage of democratization
Heroic mothers of the great steppe
Philosophy of the Emblem
14 monuments at Tekturmas
The rural akims: the country's hope is in the elections
Kazakh historical drama Tomiris premiered in Istanbul
Stolypin about the worries and hopes of immigrants to the Kazakh steppes
ALASH IDEA IS THE PROTECTION OF KAZAKH STATEHOOD
A tireless explorer of the Kazakh land
SWITCHING TO THE LATIN ALPHABET – UNITE ALL KAZAKH PEOPLE
Kunaev Dinmukhamed Akhmedovich
People who eat horses will kill you
Kazakhstan's participation in the Winter Olympics has a long history
Materials on theme
Batyrs (warriors) are pillar of state
Tselinograd. Akmola. Astana.Time-travelling
Police Dynasties– the Guardians of Law and Order in the family
The history of Polish diaspora in Kazakhstan