Home News Other Zhumabek Tashenev. An example of selfless service to the homeland

Zhumabek Tashenev. An example of selfless service to the homeland 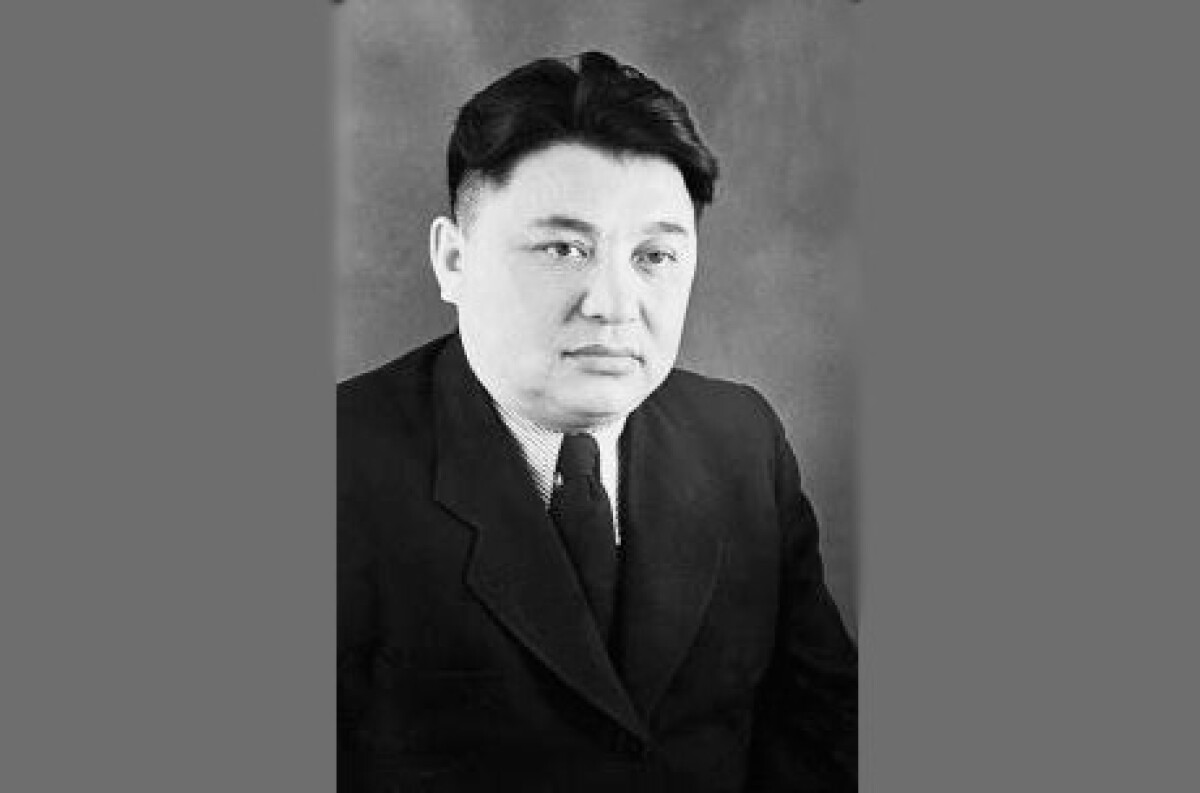 This March we celebrate the 100th anniversary of Zhumabek Tashenev. His countryman and native of Akmola region recalls what the kind of person and statesman he was.

In the Parliament of Kazakhstan, you can find photos of the heads of the Supreme Council of the republic on one of its floors. Portrait of Zhumabek Tashenev is among them in the top five leaders. Being one of his countrymen I’d like to tell about his role in the life of our republic. He was an outstanding person. 40-year-old Tashenev was elected the Chairman of the Presidium of the Supreme Council of the Kazakh SSR. He became the Chairman of the Council of Ministers of the KazSSR at age 45.

Zhumabek Tashenev was born in the village of Tanagul, Vishnevskiy are (now Arshaly area), Akmola region on March 20, 1915. Unfortunately, many encyclopaedic dictionaries wrongly refer to the surname of the prominent statesman as Tashenov. This mistake was also made while renaming streets in some cities of our republic.

I became interested in his biography and found out that Zhumabek Tashenev spent his childhood in a small village of Shkola Krestyanskoy Molodezhi. Even now approaching Astana along the Karagandy highway everyone can see three old poplars in front of a battery farm on the left side of the road. It looks like they recall the village which existed there.

Unfortunately, today most people have a weak idea of what the kind of person Tashenev was and what he did for his country. But if we count all his achievements, no one encyclopaedia will be enough for the information. Zhumabek Tashenev worked as the Chairman of the Regional Executive Committee in North-Kazakhstan region, First Secretary of Aktyubinsk Regional Committee of the Communist Party, Head of the Presidium of the Supreme Council of the KazSSR, Head of the Council of Ministers of the KazSSR, and so on. Taking into account his contribution to the development of our country, on May 25, 1999 the administration of the city of Astana made a decision to rename Polevaya Street in the honour of Zhumabek Tashenev.

... This person impressed everybody by his empathy with common people. He could quickly solve their problems. Here you are an example. Director of the collective farm "Tolobukhinskiy" (Kokchetav region) F. Morgun wrote in his book entitled "Khleb i lyudi" ("Bread and People"): "... In summer 1957 the Chairman of the Presidium of the Supreme Council of the Kazakh Republic Zh. Tashenev visited our collective farm. He was very attentive to our requests and immediately phoned comrade Anton Kochinyan, Chairman of the Council of Ministers of Armenia. I realized that they were not just colleagues but close friends. This could be seen from their conversation. After greetings Zhumabek Tashenev asked:

— Dear friend, imagine that you are tired and thirsty, what you would prefer first: rest or a glass of cold clean water?

It seemed that the answer was "water" because after that Tashenev said:

— That’s right, my friend. What the kind of rest you would have without quenching thirst? I’m visiting a collective farm now. One thousand five hundred people live here. Today the temperature 40 degrees Celsius above zero. People drink water brought in iron cisterns from the place which is 20 versts away from here. It is bad water. Meanwhile, there is a water source here. It is of good quality. A hole has been already drilled, but they do not have a compressor...

Tashenev stopped talking unexpectedly; he might be interrupted by his interlocutor. He was keeping silence few seconds and listening to his friend attentively; then he smiled and laughed. It seemed like his interlocutor laughed as well. Finally, Zhumabek Tashenev grew serious and asked me:

— What the type of compressor you need?

He transmitted the information to comrade Kochinyan, thanked him and said goodbye. After a week, our Armenian friends sent us the necessary equipment, so the problem with water was solved".

I could give more examples drawn from his activity. But I would like to refer to the situation how he fell afoul of Soviet leaders and was replaced by the post of the Chairman of the Council of Ministers of the republic.

In one of his articles academician B. Irmukhanov wrote: "... In the early 1960s, the republic faced a serious threat to its territorial integrity when Khrushchev tried to seize some Kazakh lands and allocate them to the central administration. Fortunately, there is a courageous leader — the Chairman of the Council of Ministers of KazSSR Zhumabek Tashenev. He strongly opposed Khrushchev’s proposition".

In retaliation for "dissidence" on instructions from Khrushchev, Zhumabek Tashenev was sent to work as the Deputy Chairman of the Regional Executive Committee of the South-Kazakhstan region where he worked until the retirement. The disproportionate punishment couldn’t be commuted even by the First Secretary of the Communist Party of Kazakhstan Dinmukhamed Kunaev.

Tashenev’s resilience and patriotism, his open antagonism to Khrushchev’s ideas allowed our republic to protect the lands for our descendants.

Erekbolat KABYLDA,
Graduate of the Civil Service Academy under the President of the Republic of Kazakhstan