Home News Kazakh woman as a guardian of traditions and homemaker

Kazakh woman as a guardian of traditions and homemaker 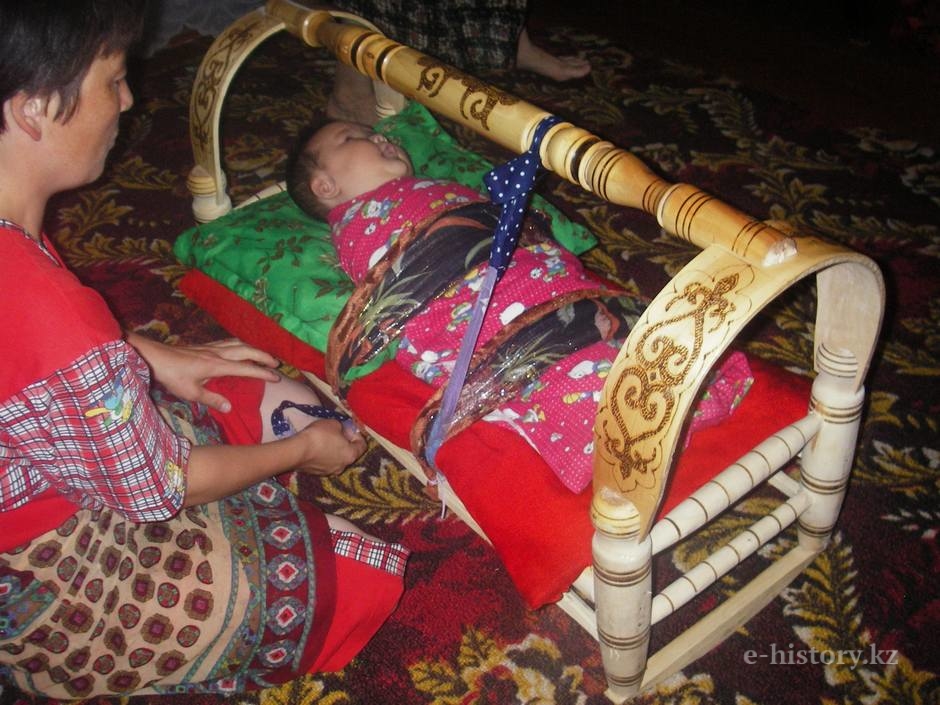 Stasevich Inga Vladimirovna, candidate of historical science, Senior Research Fellow of the Central Asia Division, Peter the Great Museum of Anthropology and Ethnography of the Russian Academy of Science, is engaged in the study of the social position of a woman in Kazakh society.

— Inga Vladimirovna, how long have you been studying the social position of a woman in Kazakh society? Why have you been interested in it?

— Since my first trip to Kazakhstan in 1998 I’ve been studying Kazakh national customs and traditions and mechanisms for their preserving and adaptation in the world today. As I learn more about Kazakh culture, I become more and more impressed by Kazakh people. I really amazed by their hospitality, openness, sanctity of traditions and respect for the older generation. 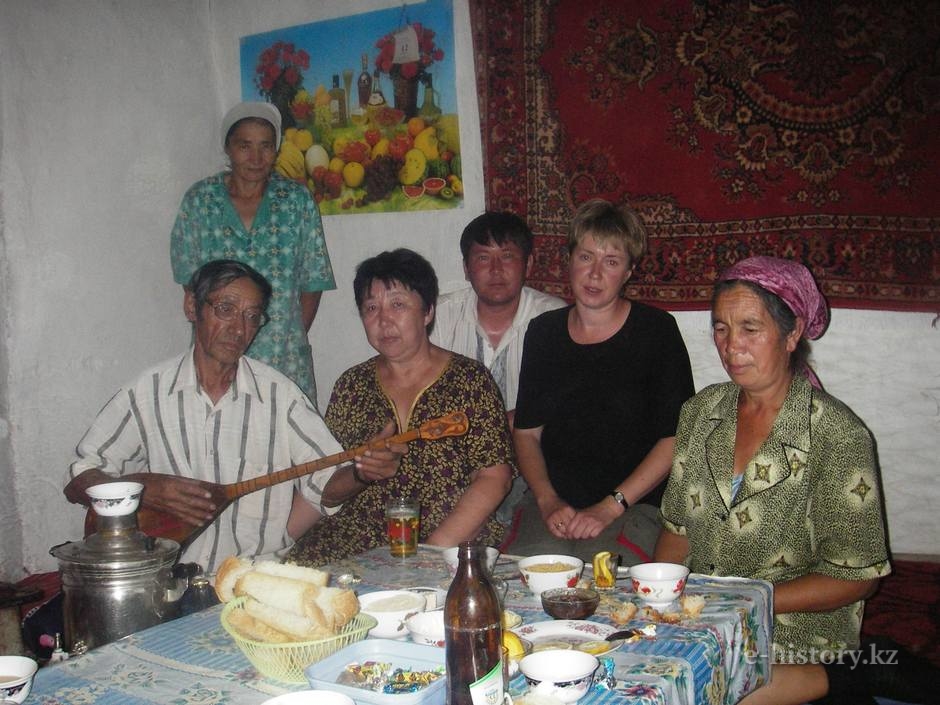 The specificity of an ethnographic expedition is regular communication with people. We have to interview various-aged men and women. All of them have different levels of education and status in their families and society.

Frequently, entering Kazakh house in the daytime, when all men are at work, Kazakh women are the first who come out to welcome you. Older woman, man’s mother or wife, or even young kelin (daughter-in-law) are always happy to escape household chores and talk about their life. Women tell stories of how they became a member of this family and organized their wedding ceremony or discuss their relationships with relatives. 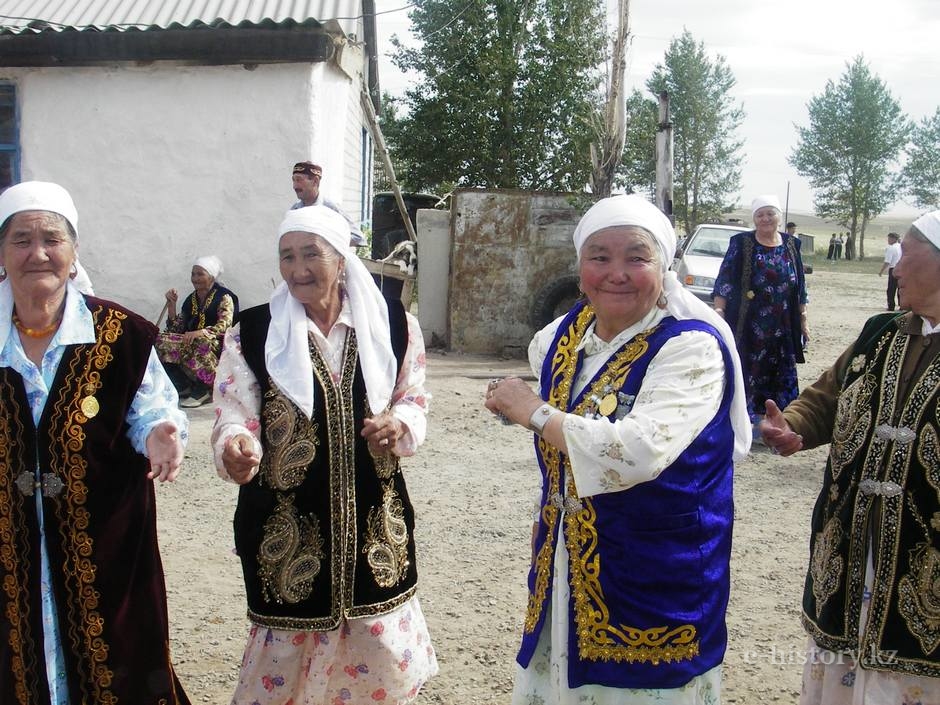 I have been studying the social position of a woman in Kazakh society for more than ten years. Kazakh women are amazing! Very often, they have excellent educational background and good job. However, they take time to their families, particularly to their children. Traditionally Kazakh women are guardians of family traditions and values of Kazakh ethnos. Kazakh women know how to balance respect for traditional rules of behaviour and efforts to be in line with modern life.

— What position in family and society was defined for Kazakh woman by national traditions?

— According to national traditions, Kazakh woman is a mother. Her main role is to give birth to children and bring them up in dignity. At the same time, she has to support her husband and maintain peace in her family. For Kazakh society family is the highest value, a kind of microcosm, guarantee for prosperity and stability.

— It is clear that woman’s social role changes with age. What periods of life of Kazakh women are the most significant? What ceremonies mark an introduction from one social and age category to another?

— During the lifetime, woman plays several social roles, and sometimes simultaneously. A woman is a mother, wife, sister and daughter... Having reached a certain age, a woman joins the following age group, her rights and responsivities change. Attitude of others towards her changes as well. 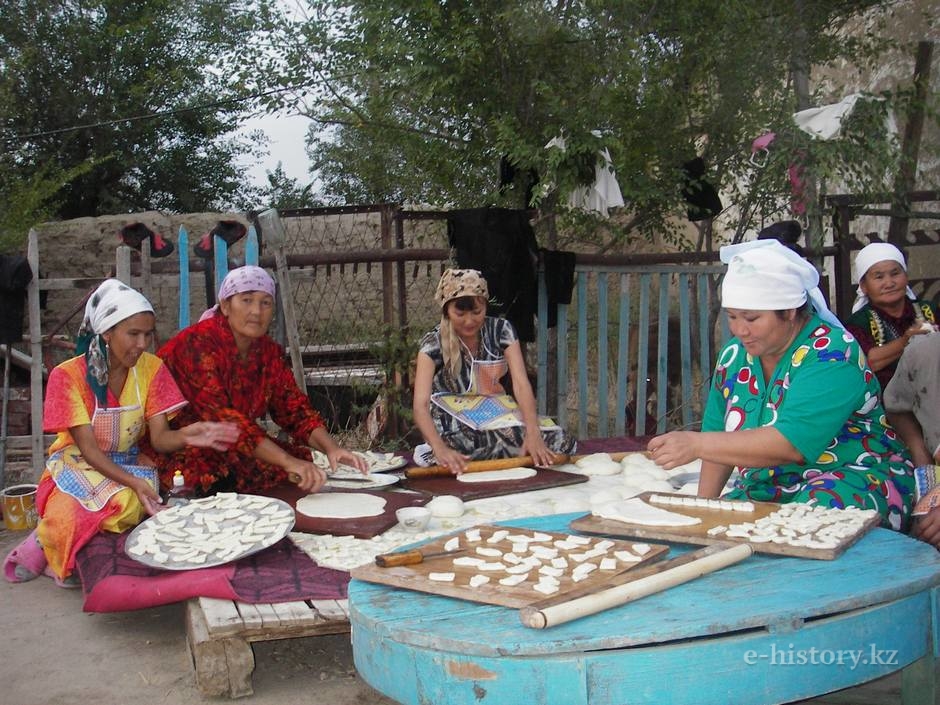 It is difficult to define the most significant period in life of a Kazakh woman. Each period is important. But if we take into account the perceptions about the social position of a woman in Kazakh culture, the most important moments for each woman are wedding and birth of a child.

Traditionally, from childhood parents prepare a Kazakh girl to marriage. They teach her how to become a respected woman, prepare dowry. By the way, dowry still marks the social status of a Kazakh family.

Birth of a firstborn is always a symbol of woman’s ability to be a mother of large numbers of children. According to Kazakh tradition, children guarantee the survival of a clan.

— Certainly, everybody knows that Kazakh women were skilful riders and fought in battles as good as men. How could Kazakh men win their hearts and favour?

— Indeed, since childhood Kazakh girls were taught how to stay in a saddle, directly communicate with people and be strong and cunning. A girl had to be able to protect herself, show her physical strength in fights and resourcefulness in musical and speech competitions with young men. Girls participated in horse races called "bayge" along with boys, and in such competitions as "kyz kuu" ("run down a girl") they were main actors. Young women hunted with hunting birds. Girls aged 14-15 years broke wild horses.

Oral history has many legends telling about famous women who were batyrs (warriors). They weren’t afraid to challenge men. Women competitions were organized not to amuse people. Sometimes women’s fights were more dramatic.

National folklore contains images of women who were skilful riders and knew how to use weapons. They were able to protect themselves and their families, engage with an enemy and defeat him. It was not so easy to marry such woman. A fiancé should prove his right to fiancée in competition, including horse racing, archery and fight. Very often, a girl could compete with her fiancé. Not every man could overwhelm a Kazakh woman. On the other hand, a winner received the best prize — after marriage Kazakh women became faithful wives, wise advisors and loving mothers.

Unfortunately, today ethnographers do not have reliable data about legendary woman-warriors, but some symbols of such way of life can be found on traditional Kazakh costume and in the behaviour of Kazakh girls and women.

— You have visited Kazakhstan several times. So you had an opportunity to observe Kazakh national customs and tradition. According to you, which tradition best reflects the highest respect for women in Kazakh society?

— Respect for a woman is present in each Kazakh national tradition or ceremony. It would be more correctly to ask is there any Kazakh custom degrading the dignity of women?

For Europeans, abduction of young girls for marriage was a symbol and meant that Kazakh women didn’t have any rights. But whether that was true?

The question is difficult and ambiguous.

Girls always eagerly await their marriage. Like other nations, Kazakhs believe that every person has its own fate. According to the Kazakh people, marriage of two persons is defined by their destiny. People say, "No one can predetermine the three things: marriage, gender of the future child and date of death". Celibacy was condemned and considered to be a punishment for sins. However, each girl knows that she has to leave the house of her parents and live in a new family, maybe many kilometres away from the native region. No one can predict the attitude of a new family toward her. 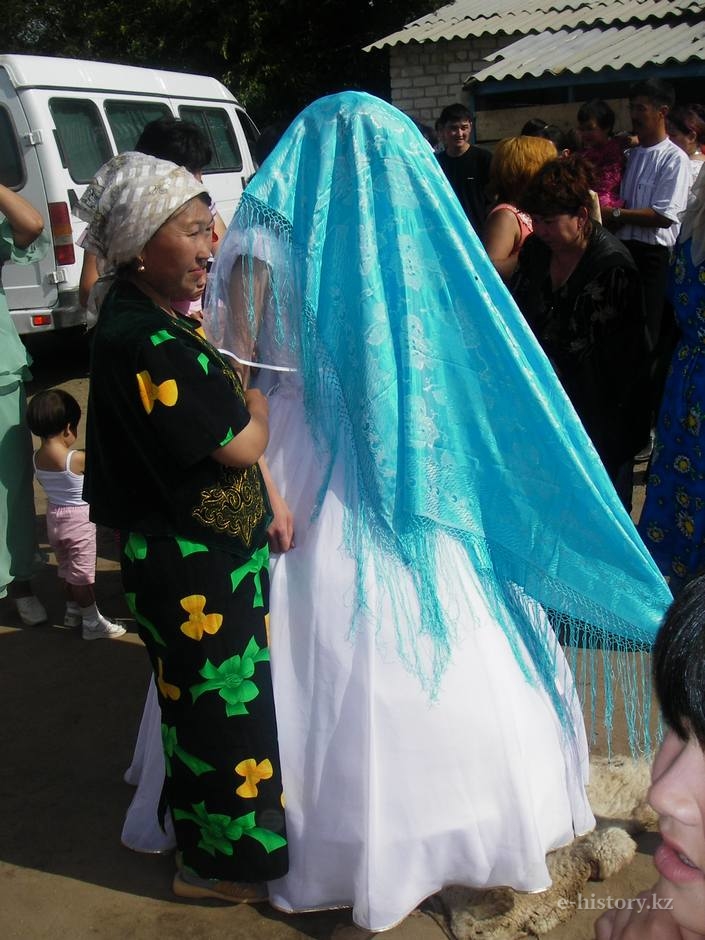 Therefore, destiny is a very common subject of women’s words, especially of those whose marriage was concluded by the custom of bride abduction ("kyz alyp kashu").

The 20th century granted a number of declared rights to Kazakh women, including the freedom to choose lifestyle, profession, interests. Certainly, it served to raise women’s self-esteem and, as a result, assessment of their social position. 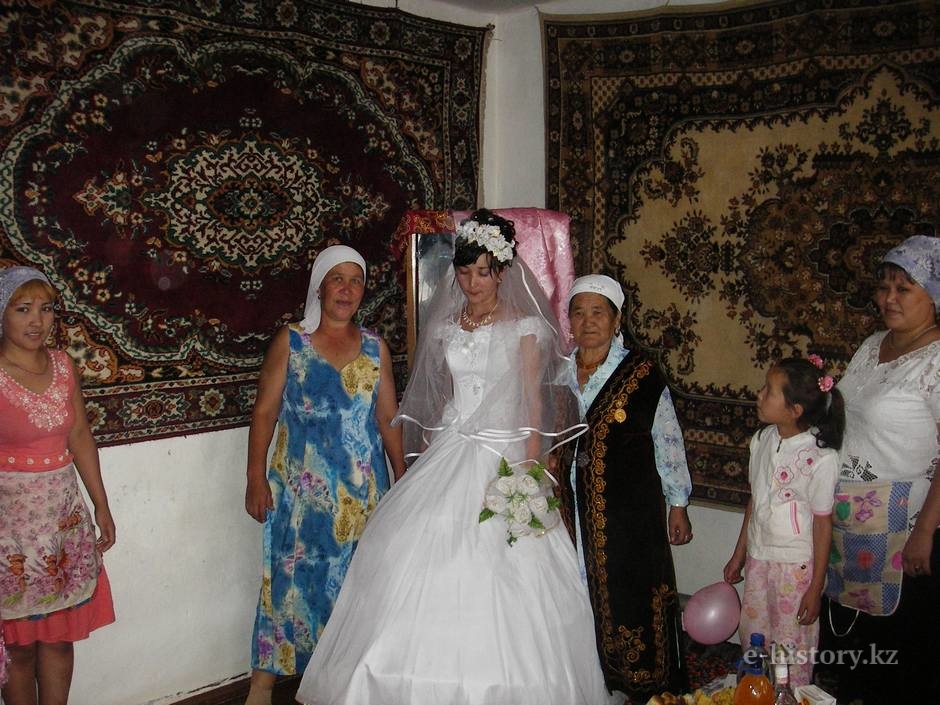 However, the compliance of women’s behaviour to traditional norms is still significant. Frequently, this is the basis of respect for a woman and her status in the family.

Use of materials for publication, commercial use, or distribution requires written or oral permission from the Board of Editors or the author. Hyperlink to Qazaqstan tarihy portal is necessary. All rights reserved by the Law RK “On author’s rights and related rights”. To request authorization email to mail@e-history.kz or call to 8 (7172) 57 60 13 (in - 1163)
Қазақша Русский English
MOST READ
Month Year
The referendum on the Constitution is a significant stage of democratization
Philosophy of the Emblem
The rural akims: the country's hope is in the elections
Kazakh historical drama Tomiris premiered in Istanbul
Stolypin about the worries and hopes of immigrants to the Kazakh steppes
ALASH IDEA IS THE PROTECTION OF KAZAKH STATEHOOD
A tireless explorer of the Kazakh land
SWITCHING TO THE LATIN ALPHABET – UNITE ALL KAZAKH PEOPLE
Kunaev Dinmukhamed Akhmedovich
People who eat horses will kill you
Kazakhstan's participation in the Winter Olympics has a long history
Rebooting a field of science and education
Recorded history of Kazakhstan. Part 1
Materials on theme
“Atameken” – Kazakhstan in miniature
The monument to soldiers of Afghan will be built in Uralsk
Sygnak. The heritage of national history of Kazakh people
Exhibition dedicated to mass repressions years to take place in ALZHIR museum