Superstitions for children and adults 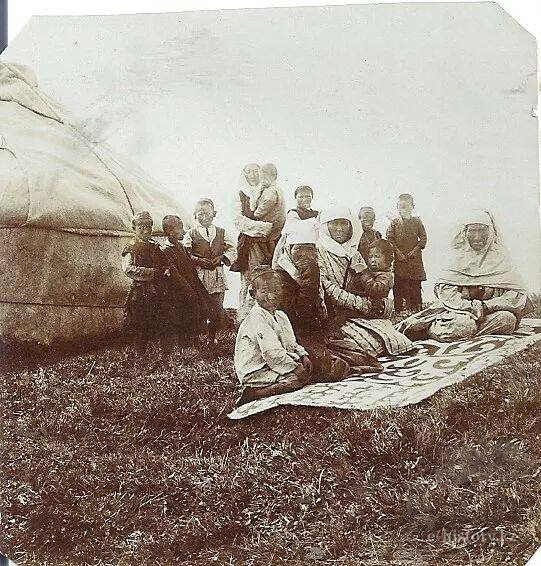 In Kazakh tradition the baby cradle has a special place; it cannot be sold, given to strangers or to throw out. It was kept and transferred from generation to generation. It is good tradition to take a cradle from relatives who have many children for newly daughter-in-law. The cradle usually is stored in wrapped look, only from time to time making "fire ceremony" ("for ejecting from a cradle of evil spirit"), by fumigating.

The baby cradle should be covered with seven things (caftan; outwear sewed from a skin of an animal; fur coat; bridle; kamcha (whip); with special lullabies blanket and cape). The second and fifth of these things, on a belief, promote formation of character of the child, as brave and self-sacrificing defender of fatherland.

It is necessary to struggle actively with toxicosis at the pregnant woman, otherwise, on a belief, the child who was born at her will be dribbling.

Pregnant woman should fight with toxicosis, otherwise, it is believed, and her child would be slobbery.

In early times, the umbilical cord of newly born babies was chopped off by a new, unused axe (certainly disinfected), then tied an umbilical cord with a pure thread and finished surgical procedure by powder from ashes around an umbilical cord. The ritual axe was not allowed to be used further in life, it was stored in a wrapped up look, in the place unreachable by children. It is believed to throw the remained chopped-off slice of an umbilical cord of the boy for from the house, which meant that the boy won’t grow up homebody. On the contrary, the girl’s cord dug near the house, which meant that she would be a good wife for her husband and the housewife.

Usually newly born baby before he will touch a maternal breast was put for a short time to the pure, disinfected fur of a killed wolf, which considered as a sacred animal in Kazakhs tradition. It was believed that after such ceremony the power of a wolf would be transferred to the child.

Based on old belief, it is recommended during forty days to keep newly born baby from moonlight.

Before bed time, Kazakhs "expelled evil spirit from a cradle and place where the child sleeps". For this purpose they burned a special medicinal grass called peganum, filled with a smoke a yurt and then aired the place.

For the certain period it is not recommended to hang out child’s cloths on the street to protect him from evil spirit. 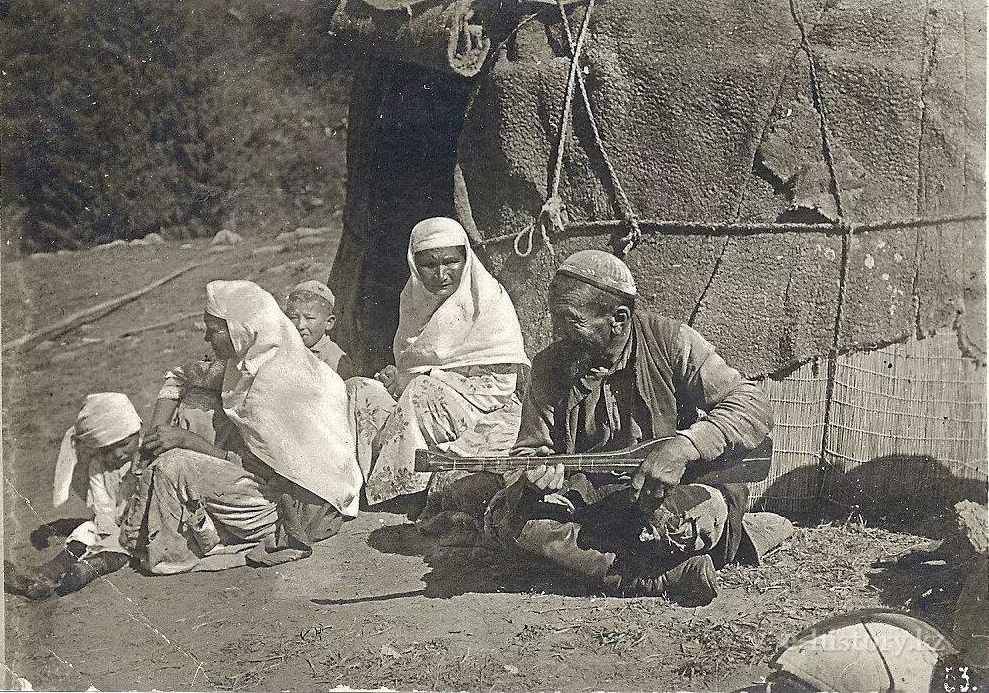 Kazakhs have a tradition to celebrate baby boy’s forty days since from the date of birth (usually during the period: 37–39 days), and for girls a bit later around 42–44 days. There is a belief that in the future, the guy during his marriage should pay not so burdensome bride-wealth (repayment) for his bride, and the girl will be given out a rich dowry.

To help baby to hold his head directly and firm, there was a following ceremony: a cervical bone of a ram which was slaughtered on shildekhana (a feast in honor of the newborn), would be boiled, then cleared of meat and then through cartilaginous holes of cervical vertebras of this bone would pass a stick.

To accelerate child’s walk on his own feet, there was a following ceremony: child’s feet slightly tied with a rope and someone from adults cut it.

Kazakh people had also belief: if batyr (hero), poets, fighters, spin in a mouth to the baby or will give to try something from their meal to a child then in the future such child will perceive their best qualities and arts inherent in these legendary people. Such ceremony called "Auzyna tukiru" (Spit in a mouth).

The first cut hair of the child should be dig into the earth to avoid people to walk through it otherwise it believed that child would have unhappy in life.

If the child holds mother’s breast during feeding — he "will grow up greedy and mean", and vise verse, if keeps hands free — will be "generous and noble". If child sleeps on a back — he will be famous person"; if child sleeps curled up — "will grow up uneasy and indecisive"; if sleeps on a stomach — "will be philosopher" and if child sleeps calmly drawn out hands and feet — if believed that "the big ingenious and heroic future is waiting for him".

If a child sleeps with open eyes it means his or her life partner would be beautiful.

Names like Kaldybay, Kaldygul, Mendigul, Anarbay and Anargul ("kal", "men", "anar" — means "birthmark") are given to children with birthmarks to prevent possible increase of them.

If at the boy two darkness — "marries the head more than once"; if at the girl — 'to her to be married not once".

If the boy or girl has two fontanels — he would be married "more than one time".

If the child has a small dimple on a nape (it believed that he would grow up stubborn). For the same reason do not recommended to kiss this place as according to belief it will "encourage of increase of bad traits of character".

When the child for the first time in life goes to a long journey or traveling, his parents arranges the feast for such event.

The skin of a snake, owl’s pens and beads of silver coins (should be in 9 pieces) are hanged on a cradle and on clothes of child to protect him from evil eye.

Another method to prevent child from evil eye is to dress him in worn and old cloths (although not in tatter and the cloth should be clean), and apply a little bit of black carbon on his face.

There is also such belief: if child would creep between feet of three grandmothers — he would be protect from all vital disorders and misfortunes.

The evil eye can be removed by following: rinse door’s pens and then with this water wipe out child’s face, palms and feet.

If the child had problems with eyes then they were wiped out with liquid from eye-sockets of slaughtered cattle or a bird, it is considered as a good remedy.

If the child eats the burned remains after boiled milk boiling, it is considered that in the future, would be rainy on his/her wedding day.

If the child, entering the house, I stumbled at a threshold — to this house, in the near future, prosperity and happiness will come.

If the child stumbled at a threshold while entering the house — it is a sign of prosperity and happiness in the near future.

If the child throws the subjects on his hands and shouts "shashu", it believed that there would be a feast soon.

If the child sneezed during conversation — it means that everything what was said is true.

Use of materials for publication, commercial use, or distribution requires written or oral permission from the Board of Editors or the author. Hyperlink to Qazaqstan tarihy portal is necessary. All rights reserved by the Law RK “On author’s rights and related rights”. To request authorization email to mail@e-history.kz or call to 8 (7172) 57 60 13 (in - 1163)
Қазақша Русский English
MOST READ
Month Year
How had the World War II been started?
Today is Kazakhstan Police Day Doctors-comrades-in-arms of A. Bukeyhanov Karaganda coal and the merchant Ushakov The great son of the great steppe Kassym-Jomart Tokayev sent a telegram to UN Secretary General António Guterres Living for the Kyrgyz account Kazakh dissidents: Amangali Kenzheakhmetuly, known as the “Gang” The excavation works in the town of Syganak History of pandemic in Central Asia A death of Ulugbek How had the World War II been started?

Materials on theme
Issatay and Makhambet are the glorious sons of the Kazakh nation
The story of one photo. Mikhail Kostenko
Presentation of edition of 100-volume series of Kazakh folklore "Babalar sozi" was held in Astana
Greatest cultural centers of Damascus and Cairo were renovated by Kazakhstan