The Kazakh National Superstitions and Beliefs 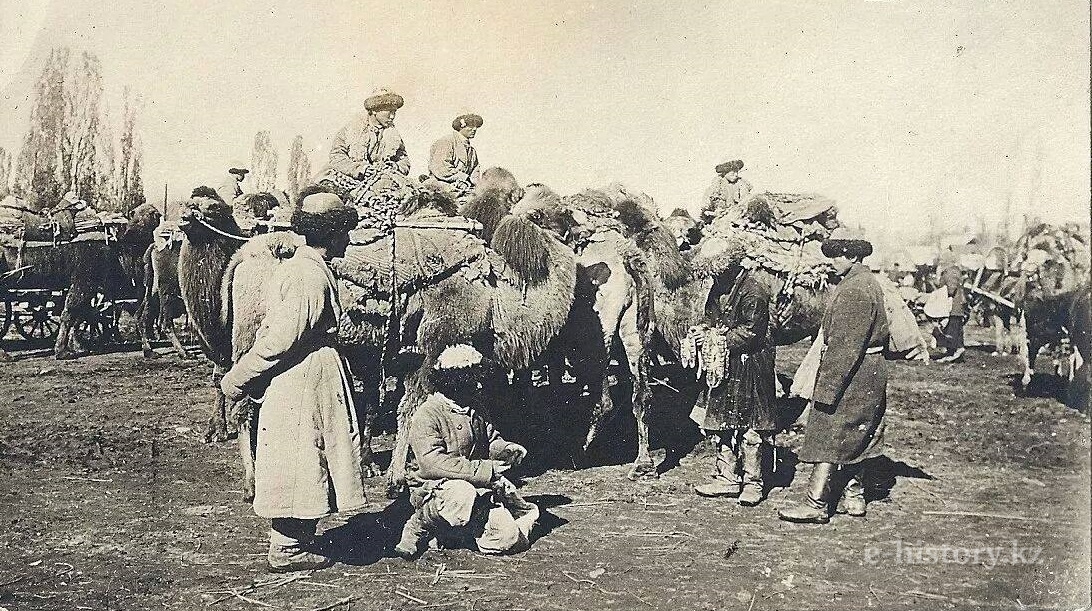 The belief is a superstition, in which to trust or not to believe, however it is the example of national life which is raised by experience and traditions. The belief is a peculiar presage something — good or bad, it is a sign, caution to the person. At the same time, Kazakhs have "sign" which is continuously associated with the concept "prohibitions" that it is forbidden to do (taboo).

Today some of these beliefs represent only historical interest, but there are plenty of them, which help to people to live, create and increase spiritual and material wealth. At the same time, many signs and beliefs which reached up to now wear echoes of a pagan faith (Tengiizm, Shamanism, Sufism, etc.). However, it is necessary to mark that some signs and beliefs are given in separate surahs of the Quran.

"Kyrgyz (Kazakhs) attribute the special power to "kie" for some elements, for instance, to fire (which was a deity), to some animal, birds and different subjects, the useful in their nomadic life, and render them a known kind honor, thinking that execution of these honorable ceremonies approves behind them wealth and happiness. "Kut" — this word contains idea of happiness connected to wealth, and violation — poverty and evil. The subjects that have such force of "kie" called "kieli", and their retaliatory force "kesr" (evil) [1].

Ch. Valikhanov wrote: "… if animal has any feature then it is called "aulie" (sacred) and esteem expression of happiness; horses with slots on manes and tails which according to Kazakhs’ belief made by evil ghost — shaitan, also regarded as happiness ("kut"). People keep such animals and do not give to anyone, as they belief that the "happiness will leave" (in Kazakh language "kut keted"), but if they have to give then they take their "silekei" (saliva). For example, people pull out a mane scrap, dip it in saliva of an animal and put it in the pcket [2]. 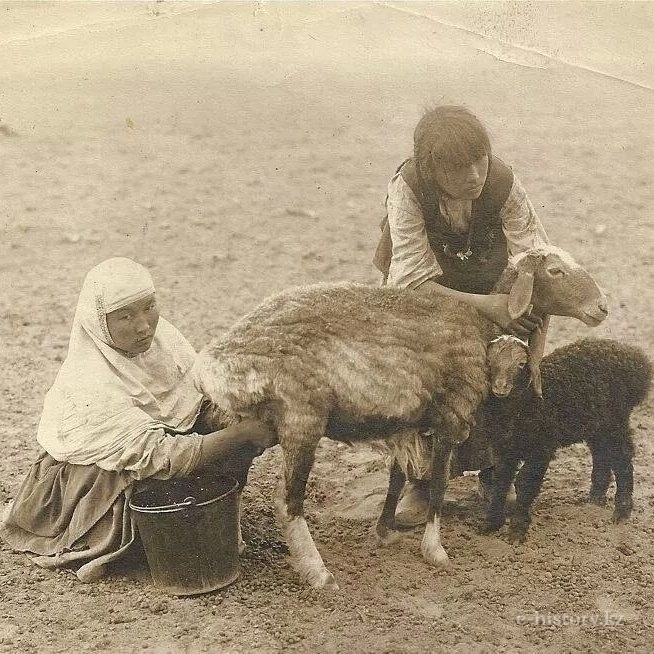 G. Potatin described this custom in details in following way: "… the owner pulls out a wool scrap and puts it into the mouth of animal to soak it in saliva… Kyrgyz (Kazakhs) such custom called "slekei", wool with a saliva is sewn up in a mane of a horse if or sheep; others instead of wool use ‘kepesh" (cap). They say that if not to rub off saliva, the cattle won’t be found, if forget this custom, every other day and more catch up with the sold cattle; if the bought cattle gets sick, and the owner who sold it did not wipe a saliva though in five days the person who bought it can return it to the former owner and tell: "You did not wipe its saliva, it got sick, you can take it back". And the former owner shall take it back [3].

Collecting ethnographic materials on religious views, Divayev defines the following signs of once existing "paganism" in life of the Kazakh people:

1. When the young daughter-in-law for the first time enters into the house of the father-in-law, they throw the slice of mutton fat to fire;

2. In the spring, when Kazakhs for the first time enter from wintering to summer houses, the camels loaded with belongings are carried out between two flaring fires, made especially for this purpose;

3. For infertility woman is not send to her father, instead she would spend the night in the tholy sites and burn down a candle there or make fire;

5. Throughout 40 days lit on 40 "shyrak" (grease matches) for dead. Divayev says that all this, undoubtedly, confirms existence of a cult of fire worship of Kazakhs in the ancient time, pre-Islamic period. Divayev has much in common with Ch. Valikhanov in a question of determination of residuals of pre-Islamic religious views. Ch. Valikhanov in his work "Signs of Shamanism among Kyrgyz (Kazakhs)" [4] he determined a cult of fire and different rituals connected to it (worship, cleaning by fire, role in wedding rituals, manufacture of lamps (shyrak) to a dead, etc.).

About Kazakhs beliefs A. Divayev wrote following: "You should not pass in front a herd and through a herd of rams because where they are grazed, there is a prophet "hizr". Further it marks that among the Kazakh people there is a sign (custom) on which it is impossible to eat food earlier than the master will try it first [5]. Divayev notes echoes of the historical past in this sign. Studying V. Naluvkin’s work "Short history of Kokand khanate" and using data of the informant, the scientist assumes that historical conditions during Kokands dominion worked out this sign at Kazakhs. The author give the case described by his informants on which the Kazakh batyr (hero) Igibay while protecting interests of the people during domination of Kokand beks in the Perovsky district was poisoned by Yakubbek [6]. Being afraid of repetition of such cases, Kazakhs stopped to eat or drink the first in others house.

Thus, signs and belief, which long since occur in the history of the Kazakh people, are appropriate reflection of centuries-old traditions and experience of people, their morals, certain precepts left by ancestors to younger generations. Works of professor, the doctor of pedagogical sciences S. Kaliyev, associate professor A. Kuraluly and Zh. Saurykova are devoted to this problem. In their works mark that the subject of the Kazakh beliefs and signs is various, there are vital advices and charms for people, cautions in life, on good or bad events. According to these scientists, a basic purpose of the Kazakh national signs and beliefs is to warn and guard especially young and inexperienced youth from troubles and difficulties, to bring up them in the spirit of humanistic traditions of mankind, respect for seniors and for primordial national precepts. Further the fragments from their works, translated in to Russian language.

Material provided by the Scientific Expert Council of the Assembly of People of Kazakhstan, an article from the book Ph. D., Professor A. Kalybekova "Folk wisdom Kazakhs about education", Almaty, 2011.

Use of materials for publication, commercial use, or distribution requires written or oral permission from the Board of Editors or the author. Hyperlink to Qazaqstan tarihy portal is necessary. All rights reserved by the Law RK “On author’s rights and related rights”. To request authorization email to mail@e-history.kz or call to 8 (7172) 57 60 13 (in - 1163)
Қазақша Русский English
MOST READ
Month Year
Recorded history of Kazakhstan. Part 2
Heroic mothers of the great steppe
How had the World War II been started?
Philosophy of the Emblem
14 monuments at Tekturmas
The rural akims: the country's hope is in the elections
Kazakh historical drama Tomiris premiered in Istanbul
Stolypin about the worries and hopes of immigrants to the Kazakh steppes
ALASH IDEA IS THE PROTECTION OF KAZAKH STATEHOOD
A tireless explorer of the Kazakh land
SWITCHING TO THE LATIN ALPHABET – UNITE ALL KAZAKH PEOPLE
Kunaev Dinmukhamed Akhmedovich
People who eat horses will kill you
Materials on theme
Scythian civilization through the eyes of Italian archeologist
First theaters in Kazakhstan
Opening the street named after Kanysh Satpayev
Dedicated to the 120th anniversary of Nikolai Rayevsky