Home News “Friends is not a choice, they become friends”. An interview with T. Suleimenov

“Friends is not a choice, they become friends”. An interview with T. Suleimenov 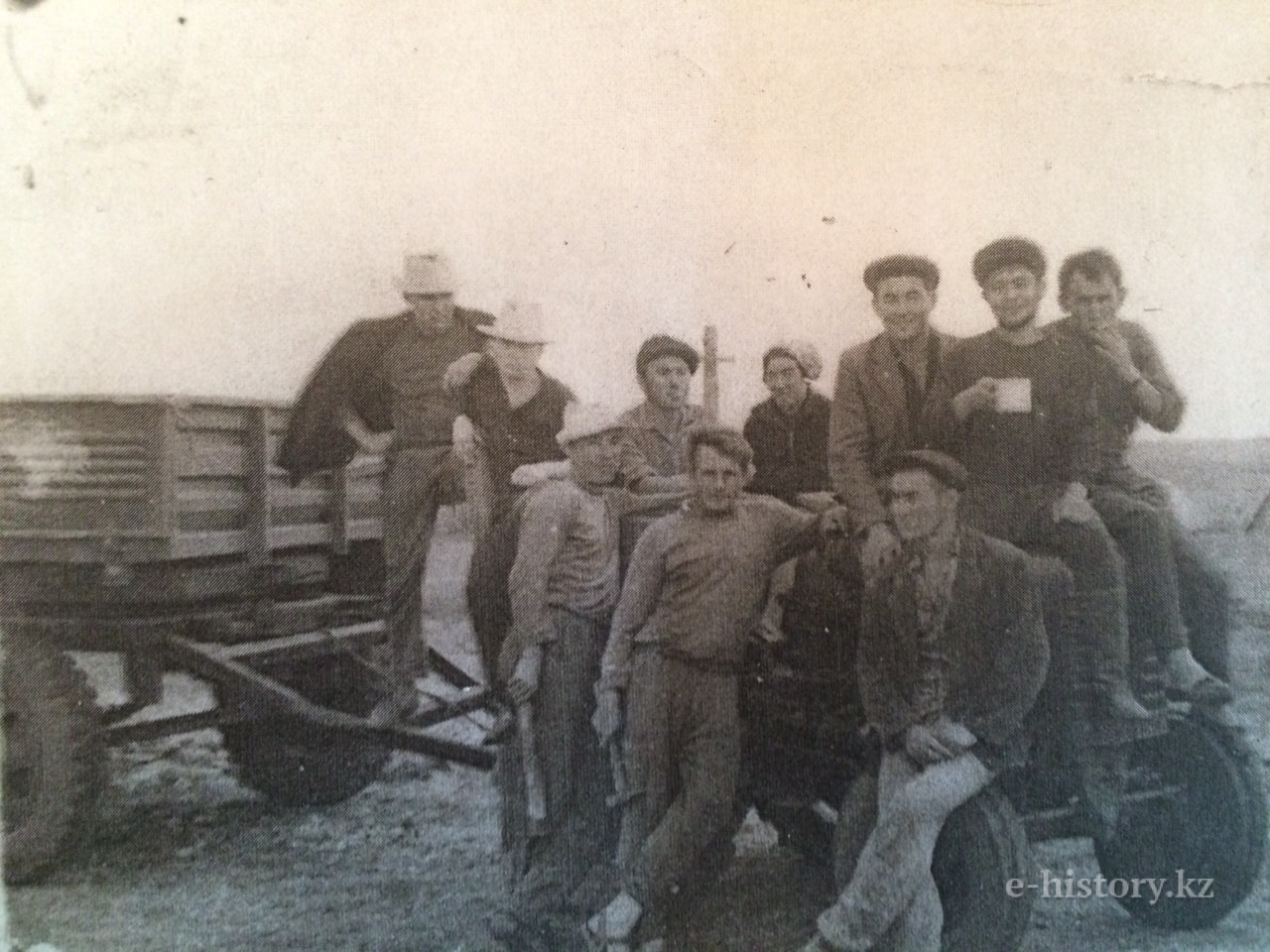 On the eve of celebration of Day of the First President of Kazakhstan journalists of a portal met N. Nazarbayev’s friend Tuleutay Suleymenov.

Tuleutay Suleymenov — the first Minister of Foreign Affairs of Kazakhstan, the professional who constructed diplomatic service of Kazakhstan from scratch, the doctor of political sciences. Their friendship with N. Nazarbayev lasts more than half a century. Tuleutay shared his memories about their youth when they used to work at plant, about their families and career ladder.

— Tuleutay, we know that you studied and worked together with the Nursultan Nazarbayev, please, tell us about this time in more detail.

— It was 1960, approximately in May, in the city of Temirtau, the Karaganda steel plant. The plant at that time was very famous; it was considered as Kazakhstan Magnitogorsk, girls and young men from all Kazakhstan came here to master profession of the metallurgist.

At that time the metallurgist profession was very few. The technology of metallurgy was not well developed as today. I came there by the invitation after school. Nursultan, at that time we called him Sultan, came from Dneprodzerzhinsk of Dnepropetrovsk region. I arrived from great Magnitogorsk which was the biggest in the Soviet Union. At that time I passed a year of training there, and Nursultan studied in professional school, that is how we met each other in May, 1960.

I was a worker. On July 3 of the same year the domain shop and respectively the first blast furnace in the USSR was launched. At that time we were young, unmarried and lived in one hostel. We worked in different crews, I was in the second and Nazarbayev in the first. We worked in different changes, but met on a shift change. The blast furnace cannot be stopped, it should work nonstop. The metal temperature reaches 1300–1400 degrees, slag temperature on top and that is more — 1700–1800 degrees. And we, young guys, worked both in the winter and summer, as miners say, created metal. Certainly, it was very hard work and we in every possible way supported each other. 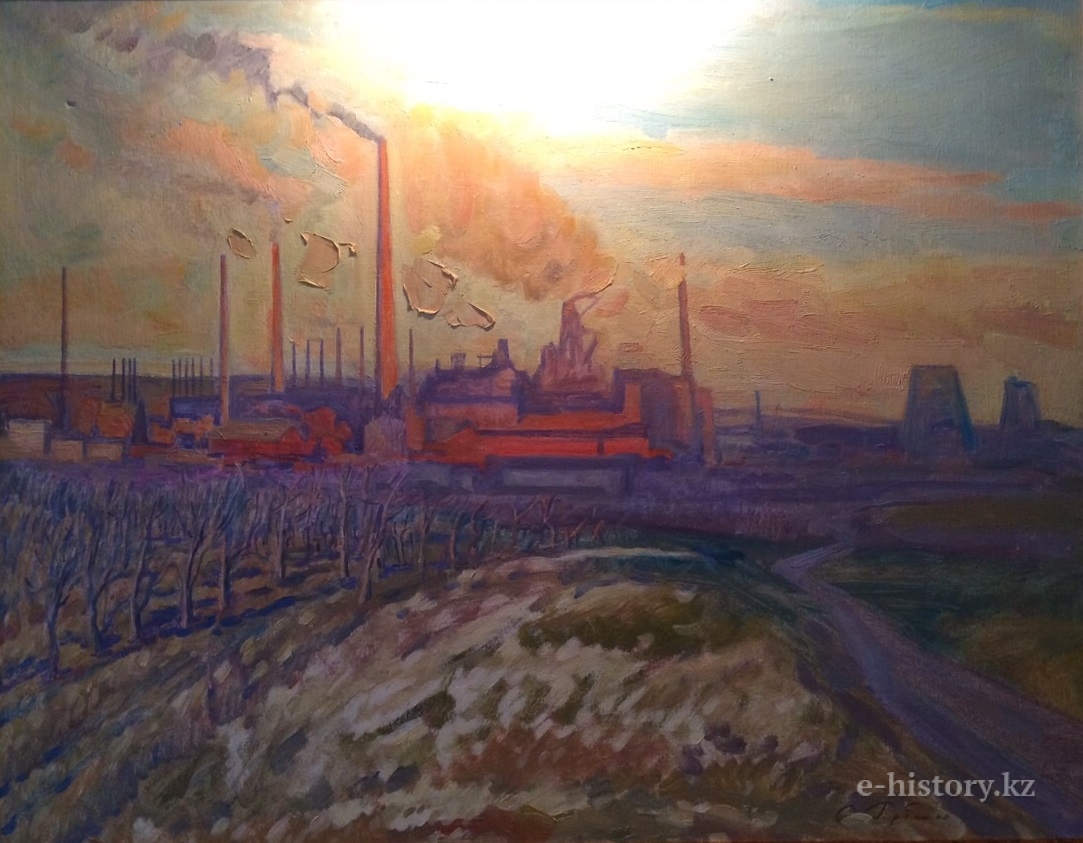 Nursultan and I were activists. I remember when we for the first became udarnik (strike worker) the congratulatory posters were drawn for us. We appeared at working meetings and to us advised to enter in communists. At that time it was very important to be the communist because it is in the considerable way influenced further destiny.

We were approximately 19–20 years when Nursultan was promoted as the secretary of party bureau of our domain shop as the activist, and I was the secretary of the politburo of other subdividing. In 1962 we decided to enter the institute, as knowledge that we obtained in the ten-year school was not enough. The plant directed us on training. So in 1962 we entered the Karaganda polytechnic institute. With Nursultan we studied in one group, and in the hostel lived in one section. We used to chat in the evenings, went to Karaganda together and dancing pool. This period of life was memorable and very interesting.

— What distinguished Nursultan among his contemporaries?

— Among us he was the most sociable. He sang, danced, played an accordion, he had a very good sense of humor and used to joke constantly. Thus, the youth gathered around him, he attracted a lot of attention to himself. In Karaganda we studied till 1966. By that time Nursultan was already married. After him I married. 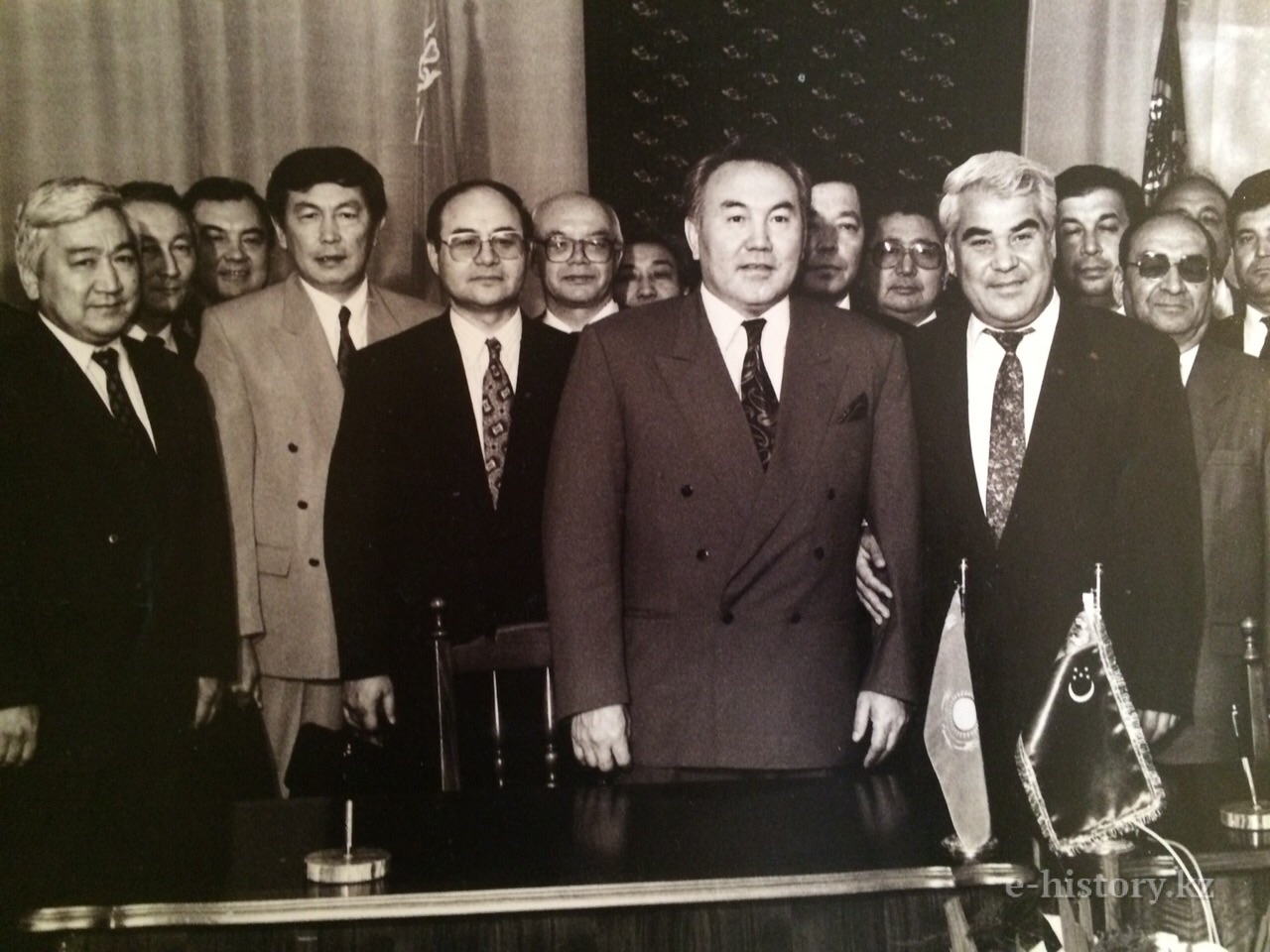 — How he coped with difficulties?

— He was not afraid of difficulties. He was brave and aimed to fight against injustice. It was his characteristic feature very important for the leader, patriot and person with kind and fair soul. He looked at a problem deeply and foresaw its consequences. At that time there was a shortage of housing, there were problems with a salary, among youth there were different complaints.
Our friendship with Nursultan lasts 54 years. Friends is not a choice, they become friends.

— Please, tell us who else was among his friends?

— Satybaldy Ibragimov and Kabitullah Sarekenov. Sarekenov worked at plant, in tax committee, became the scientist and the doctor of engineering. All of us became doctors of science. 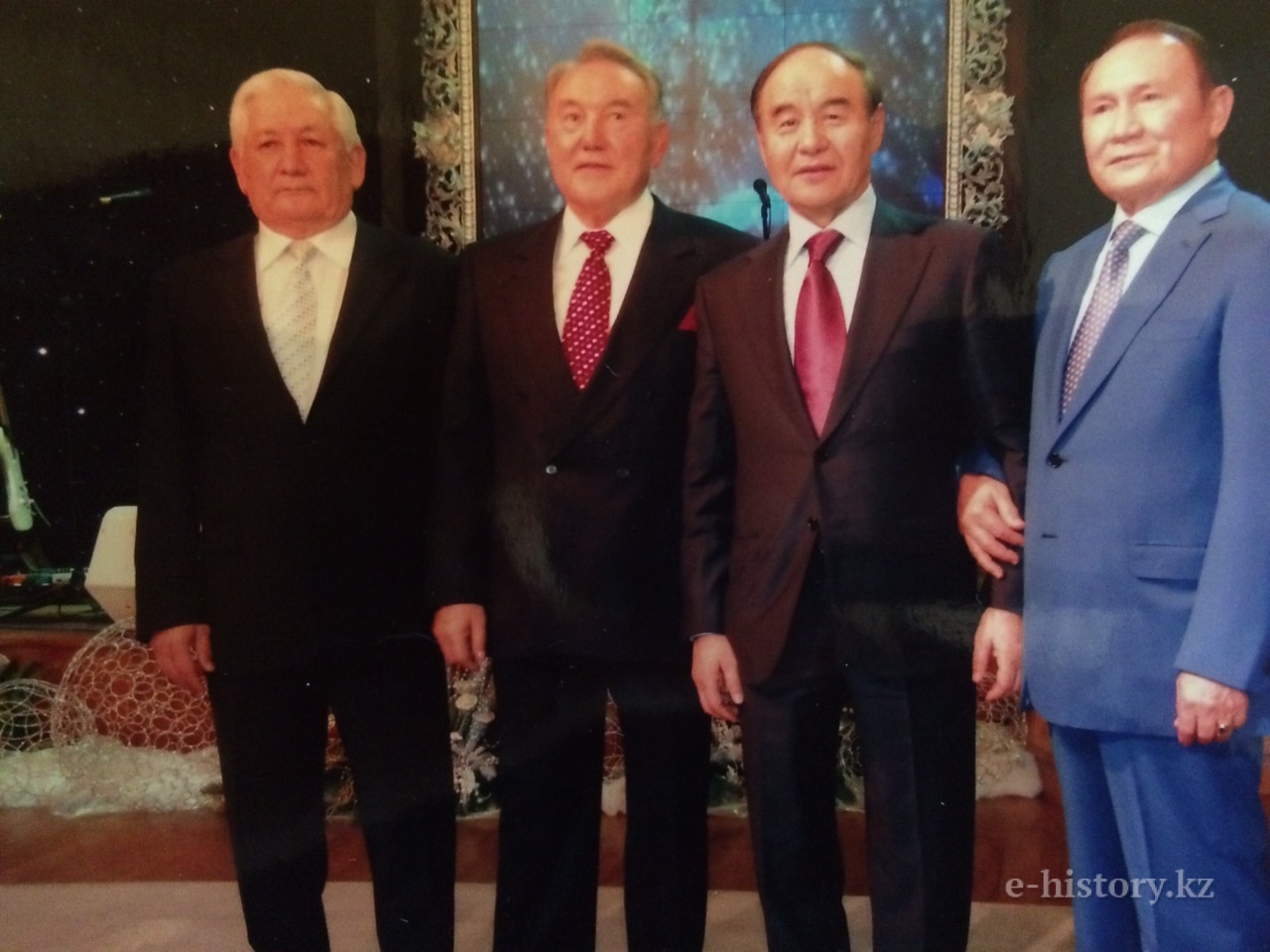 — Did you continued to keep in touch with the President and common friends while you were on diplomatic service in Moscow?

— Certainly, we used met frequently. At that time Nursultan was already the secretary of regional committee of the party, then became the secretary of the Central Committee. We communicated and met with friends when they came. Nazarbayev came on plenums, meetings and were in general events. Every year when I visited Alma-Ata and stayed not at hotel, but in his house.

— Do you remember any vivid moment related with the President?

— All the moments were memorable to us. For example, during study at university he was elected as the delegate of youth festivals in Helsinki. After resetting he told how he communicated with foreigners and told them that he is the metallurgist and work at combine. He shared his impression about the work. He accompanied with delegation of foreigners and told about the Soviet Union. His speech was so interesting the whole people in the hall applauded to him.
One more example, it was already in days of independence. I was Minister of Foreign Affairs, in Washington, during the diplomatic reception on which there were about 1000 people Nursultan suggested to sing the national Kazakh song (!) as at that time our state only gained independence. Three of them Nursultan, Sara and Dariga sang two songs in the Kazakh language, and later Dariga sang the English song «I love you». Americans were full admiration.
They approached to me and said that we were very lucky with our President that he will far go. Why I am telling it because Nursultan was not afraid and spoke bravely, despite of that it is not allowed according to the protocol. He as the patriot showed to the world our culture. I think it is quite good example to follow. Everywhere Nursultan behaves bravely, always believing to himself. He serves to the people, justifies its trust, which is very significant. The meaning of the life is to leave the trace in the history.
— Tuleutau, it is very interesting to all of us how annual meetings of the President with friends and colleagues pass. Please, tell us, in what format it held.

— This year in June there was a meeting of colleagues of Nursultan, at a meeting there were about 500 people. And our meetings in a narrow circle, we gather about 5–10 people. Nursultan always takes initiative. Our friendly meetings always take place very interestingly, certainly, we share memories, but we try to look forward. If the person looks back, he grows old therefore it is necessary to look only forward.

Materials on theme
Personal exhibition of the first national artist
Theoretical and practical Conference «Kazakhstan-2050: Society, History and Religion»
Memory of Spanish prisoners of the Karlag will be perpetuated in Karaganda region
Year of Mouse in the history of Kazakhstan