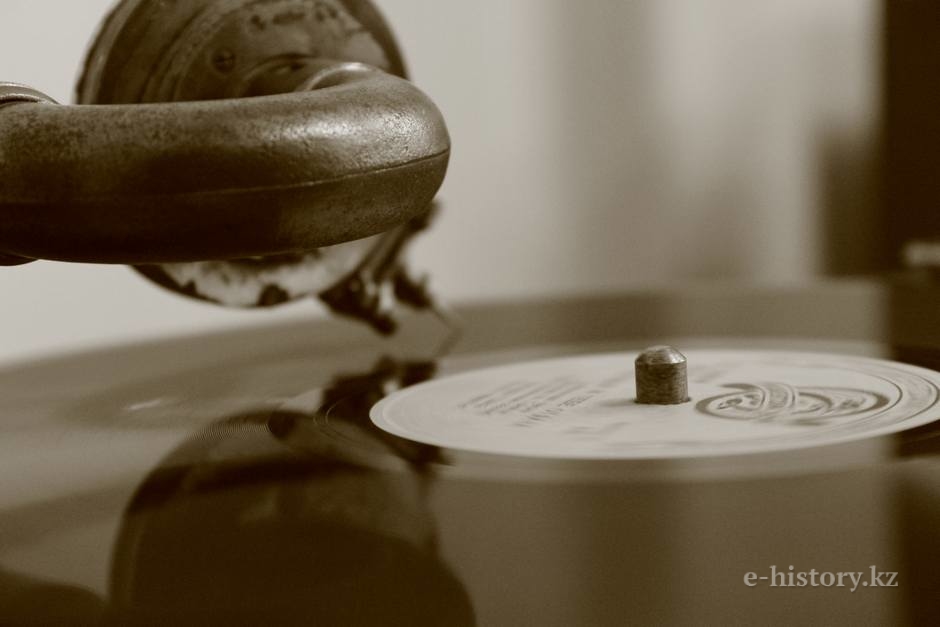 In 2001, the unique and single museum in Kazakhstan which more than ten years researches “treasures” of the rare records was opened.

Many years ago, at the beginning of joint life Naum Shafer and Natalya Kapustina as beginning teachers decided that will live for one salary and the other part of it will spend for acquisitions of favorite books and interesting plates. Thus, such rich collection had been gathered. 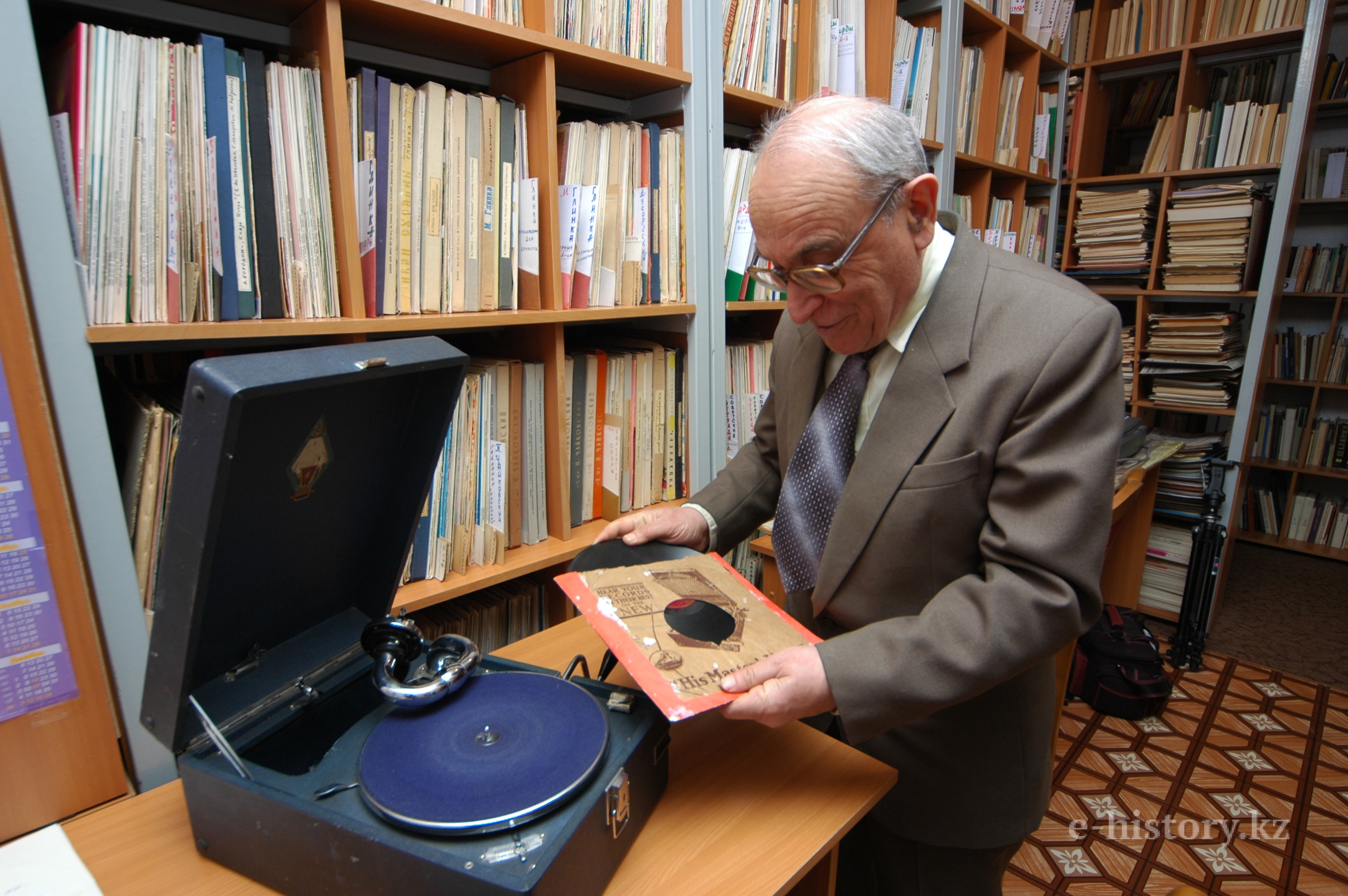 27 000 plates N.Shafer collected during his lifetime. It is indeed the real "chronicle of sound history". It has records of musical pieces of the end of 19th and 20th centuries, voices of politicians, famous actors, poets and music of many nations. 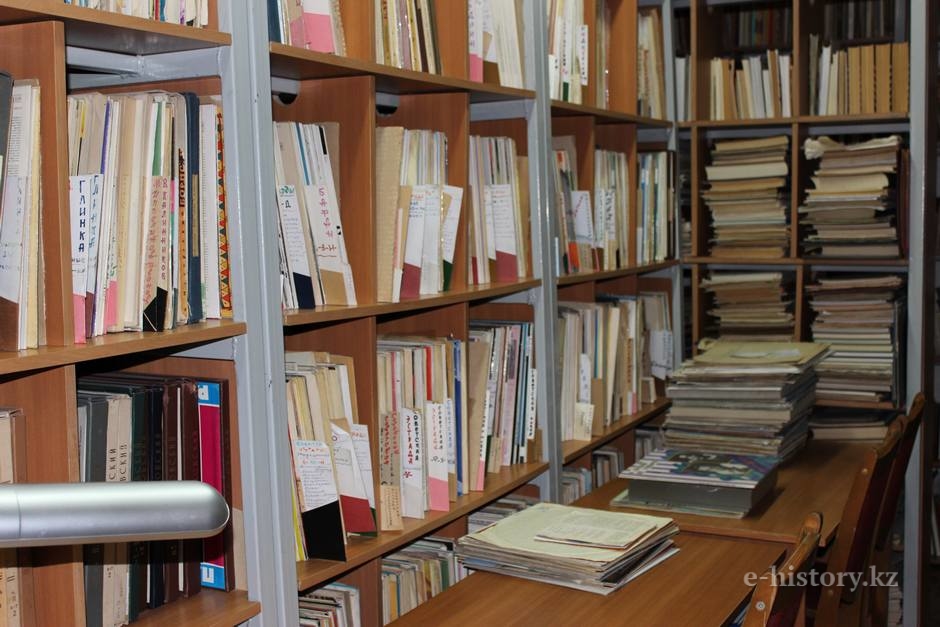 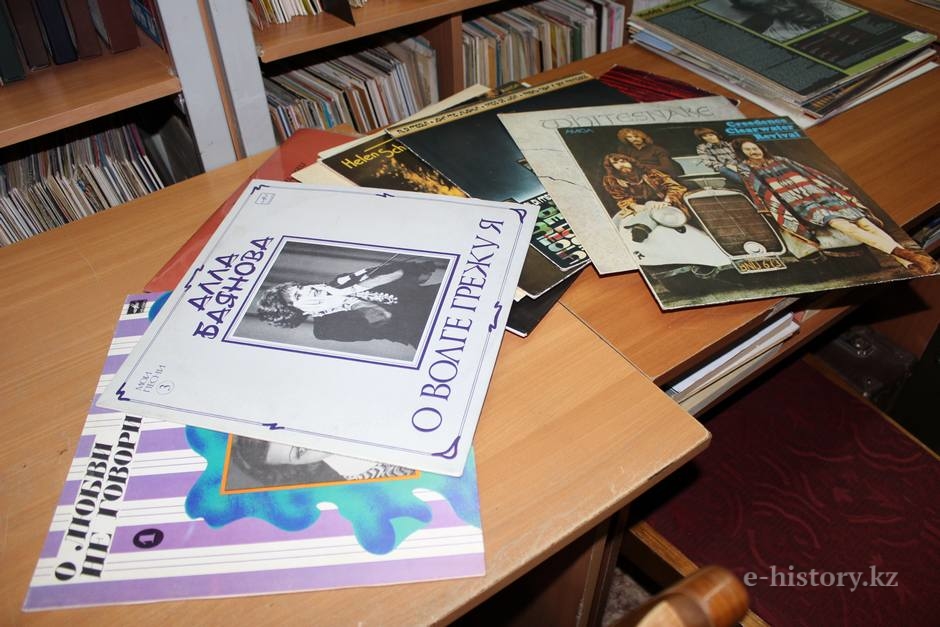 Collector’s genuine treasure is 14 000 gramophone plates, some of them only in a single copy.

From childhood Shafer decided that he will collect the best samples of music on plates. Despite of any barriers and difficulties that appeared on his way, he was focused on his aim.

Even when their family in 1940 was deported from Bessarabia, 9 years old Naum resolutely defended 30 plates — when he had a choice to take something one of the things, he selected them. They were so valuable to him. They became the basis of the collection. 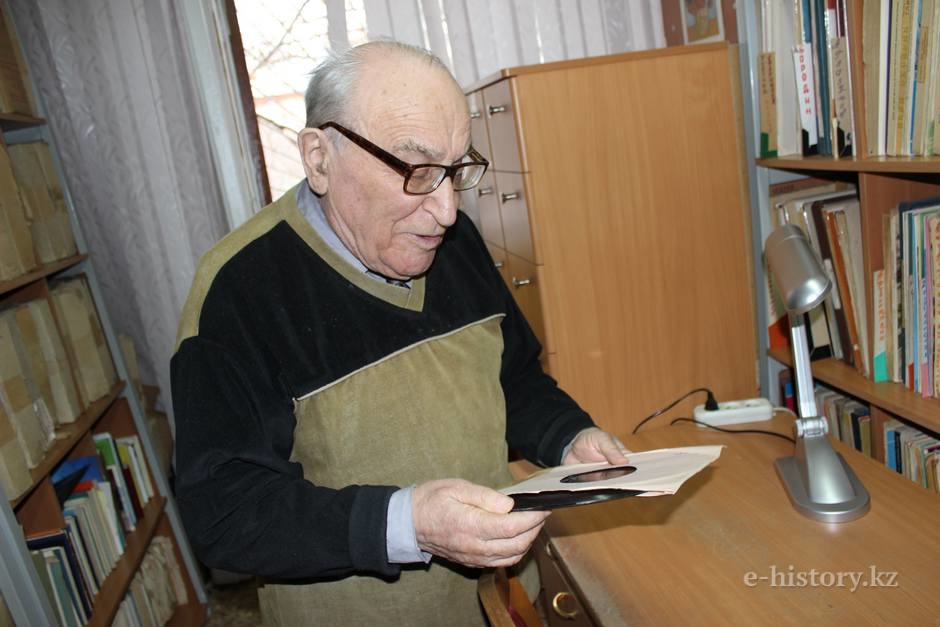 As the great collector, Naum not only collected, but also researched and studied everything that was related to plates.

Thus, also the unique private library, in which now there are more than 17000 books and about 64000 units of journalese publications, was created. All this too turned into gift to the city of Pavlodar and today too is a museum piece.

All of them also were transferred as the gift to the city of Pavlodar and today they are also the museum exhibitions.

All "speeds of century", which are saved on delicate (fragile) gramophone and vinyl records on 33, 45, 78 and even 90 turns, different firms of a sound recording "Record player', "the Siren Records", "Parlafon", "Columbia", 'Zonophon", "Hismastersvoice", "Melody", etc. 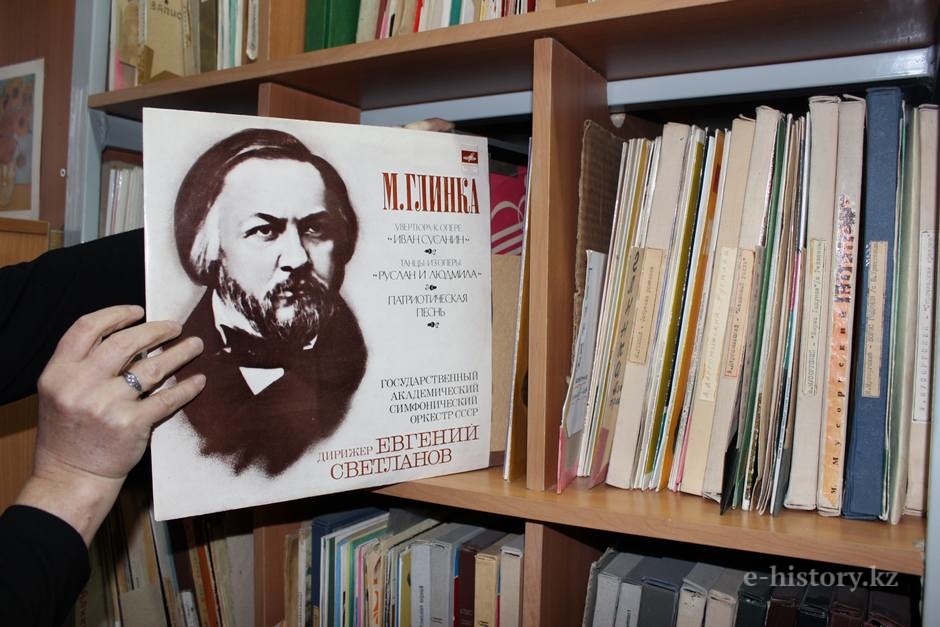 The records of the world classics of the beginning of 20th century like Glinka, Tchaikovsky, Rachmaninov, Bach, Mozart, Handel, Chopin, Verdi, Mendelssohn, etc., are represented in the collection. 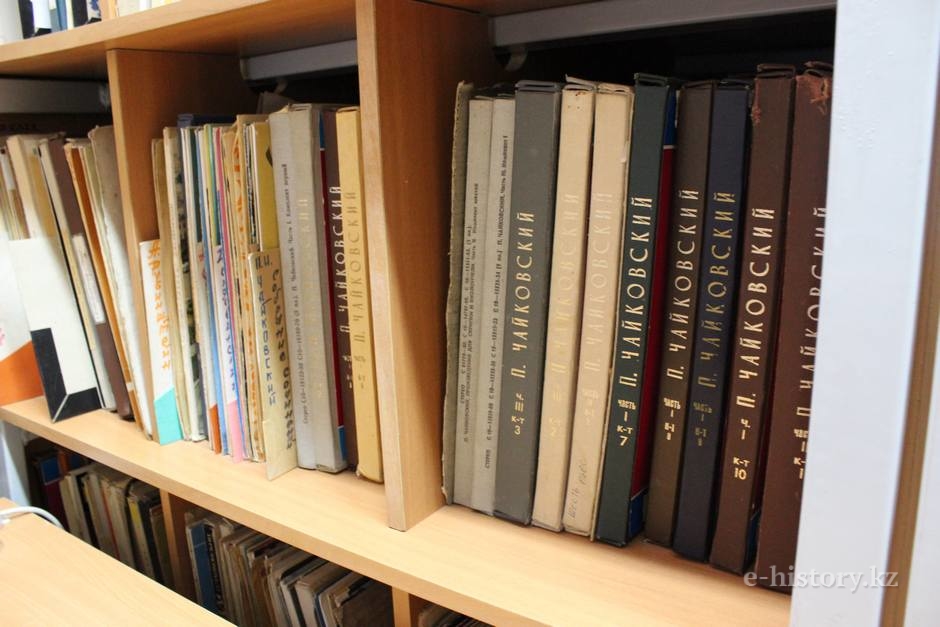 Uniqueness of the section of the Kazakh music is made by the plate of 1935 reproducing the first records of national Kazakh tunes on a plate, кui "Kenes" and "Balbyraun" performed by Kalambayev and Mukhitov’s duet. 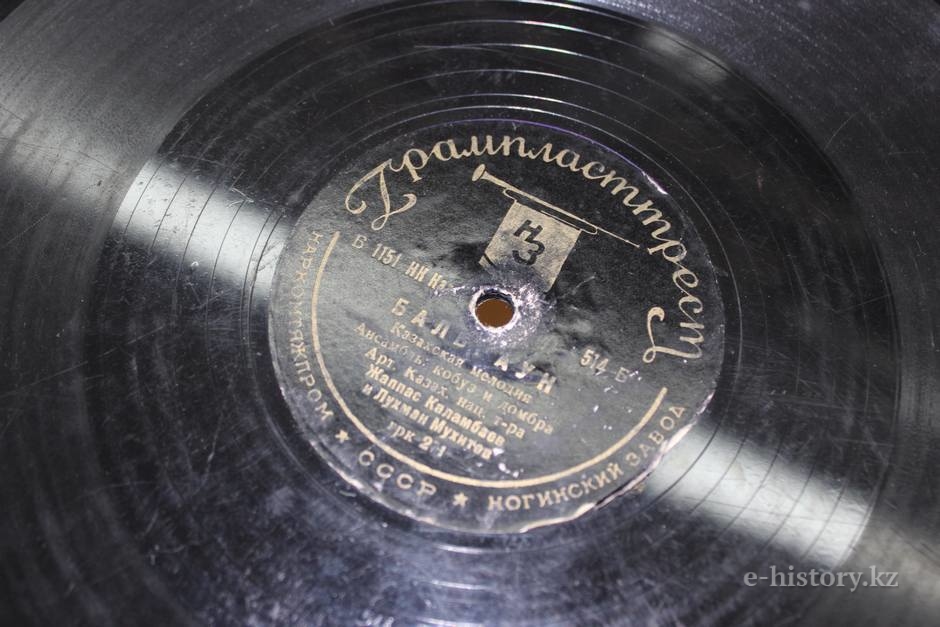 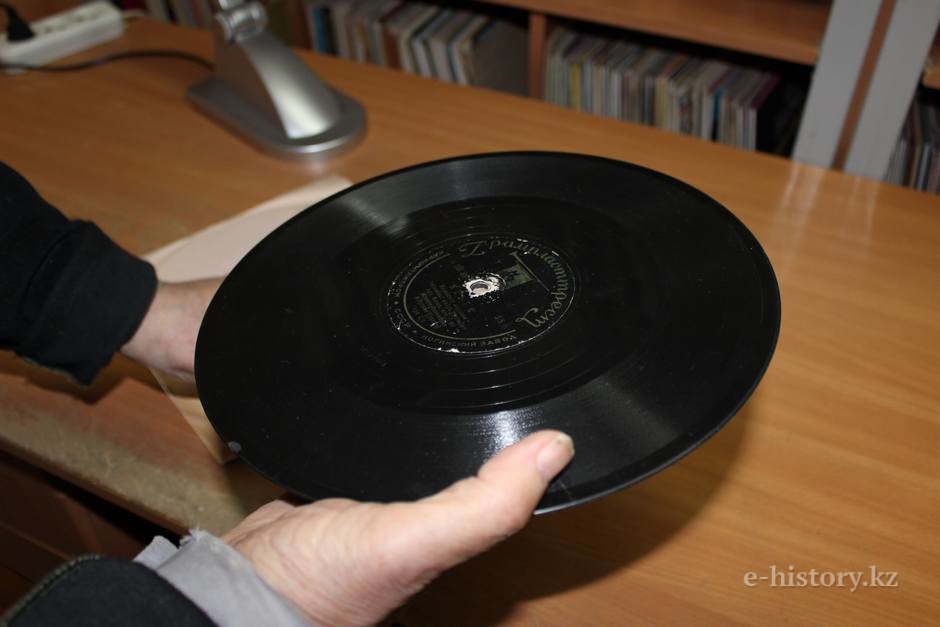 In total, the section of the Kazakh folk music and performers has about 500 plates. Among them there are songs on the akyn (poet, song writer) Zhambyl Zhabayev’s verses performed by the opera singer S. Lemeshev, also performed by the modern singers.

The plates have the records of the Kazakh national tunes of the first Kazakh operas on E. Brusilovsky, A. Zhubanov, N. Mendygaliyev, Sh. Kaldayakov’s music. In the section of the Kazakh music there are all records of songs performed by the honored actress of the USSR, the first performer of arias of the first Kazakh operas Kulyash Bayseitova, early records performed by the singer Zhamal Omarova and Roza Baglanova. 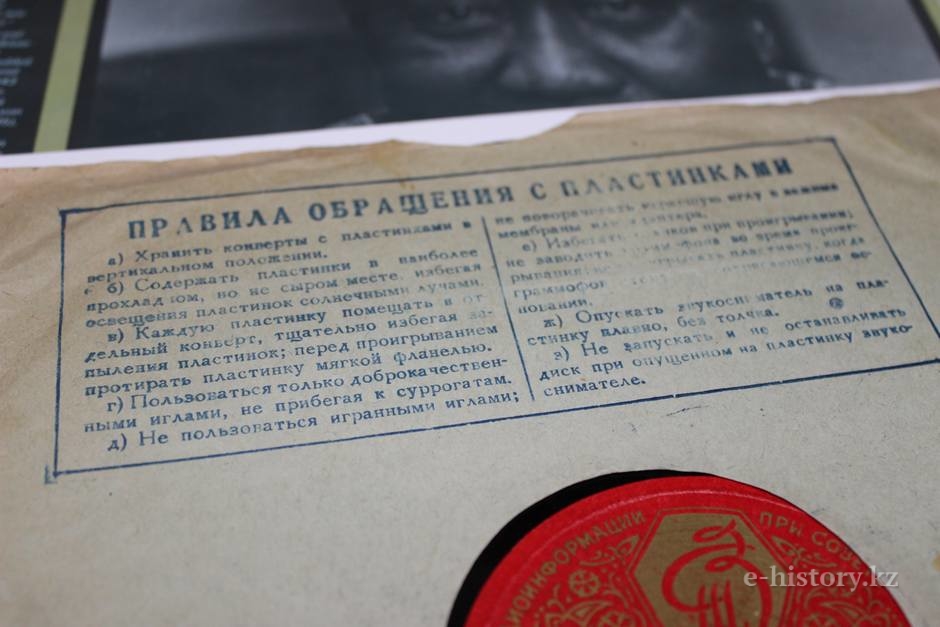 The most part of the collection N. Shafer acquired in the city where his spent his youth. In 40s he bought plates in shops, malls of Akmolinsk (now Astana). In this city he created his rich collection. In the 70s, before departure to the city of Pavlodar, the collection had more than 20 thousand plates.

It has been 10 years the museum’s concert hall hold literary musicales, presentations of projects of the museum, a meeting with poets, composers, musicians and actors’ works.

In the hall there is a unique thing — a rare record player which is 120 years old. Visitors have chance to hear gramophone plates and echo of the history on it. 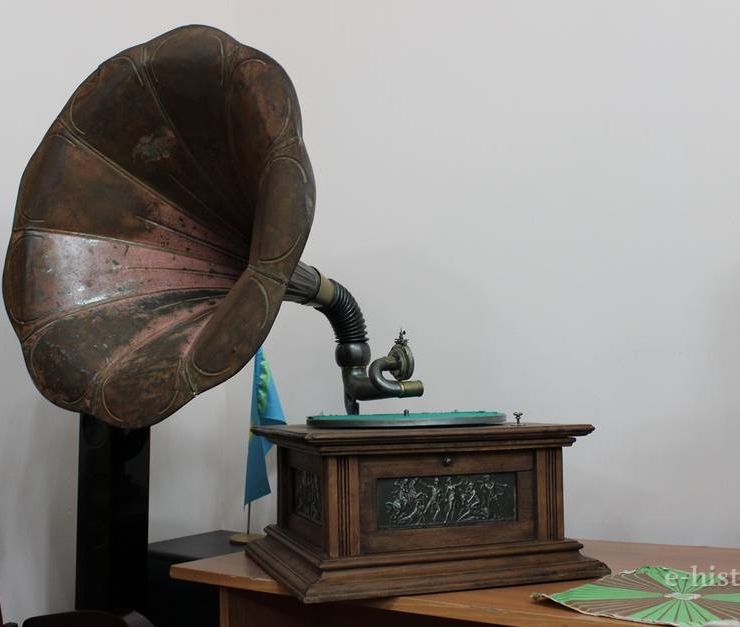 Despite the small staff of workers, the museum carries permanent difficult work on transfer of records from plates on the modern sound carriers. In ten years were prepared: "Kulyash Bayseitova sings", "Zhamal Omarova sings", "Songs of the first Kazakhstan bard Victor Milto", "July 25" (I. Dunayevsky and V. Vysotsky’s memories), "Sholpan" (songs on verses of the Pavlodar poet Nutfulla Shakenov), "I.Dunayevsky on a visit at M. Bulgakov", prepared the disks "Songs of the Victory" for the 65th anniversary of the Victory and «Podymaysya, the wonderful Homeland!", "Bibigul Tulegenova", an album "My Old Record Player", "Mikhail Aleksandrovich in Kazakhstan", "Maraldym. Songs and verses of Muzafar Alimbayev’s" , etc. 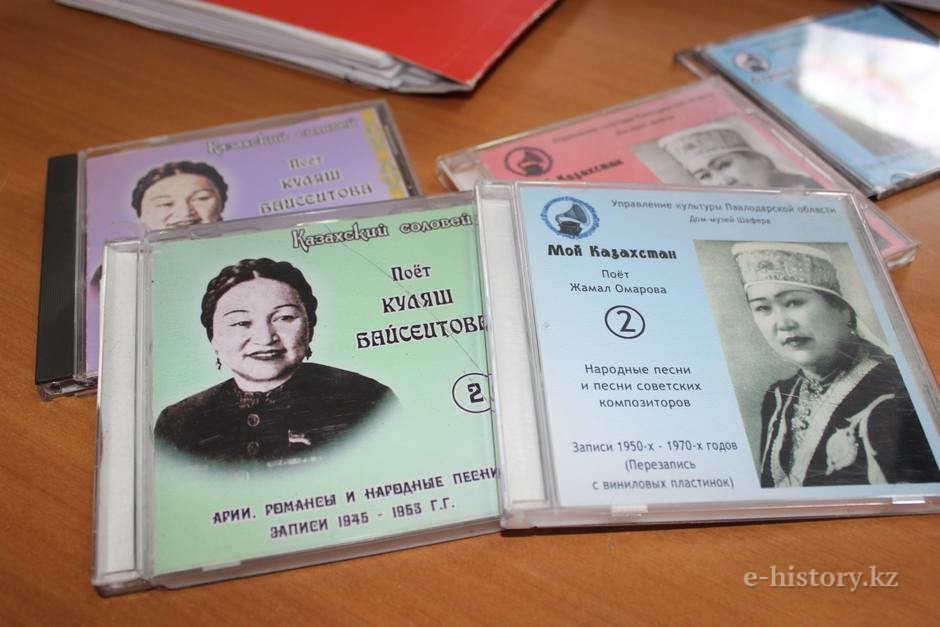 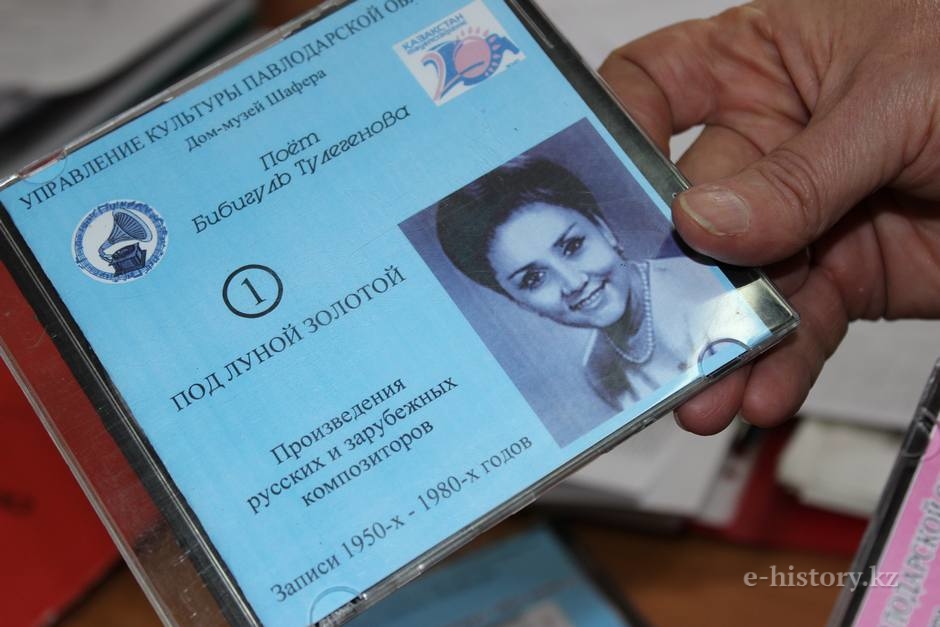 There are many people who interested to buying such rare fund: people from Moscow would take Dunayevsky’s plates, the local museum of Bukhar-zhyrau expressed readiness to take away works of the Kazakh national creativity and domestic composers… The state museum of Glinka from Moscow "declared" the list from nearly 300 records which it does not have, but Shafer has… There were collectors ready to pay considerable money only to buy some of Shafer’s plates. However, Shafer’s wish was to leave the collection safely to his descendants. And Shafer himself could not live without it, as it became the part of his life. 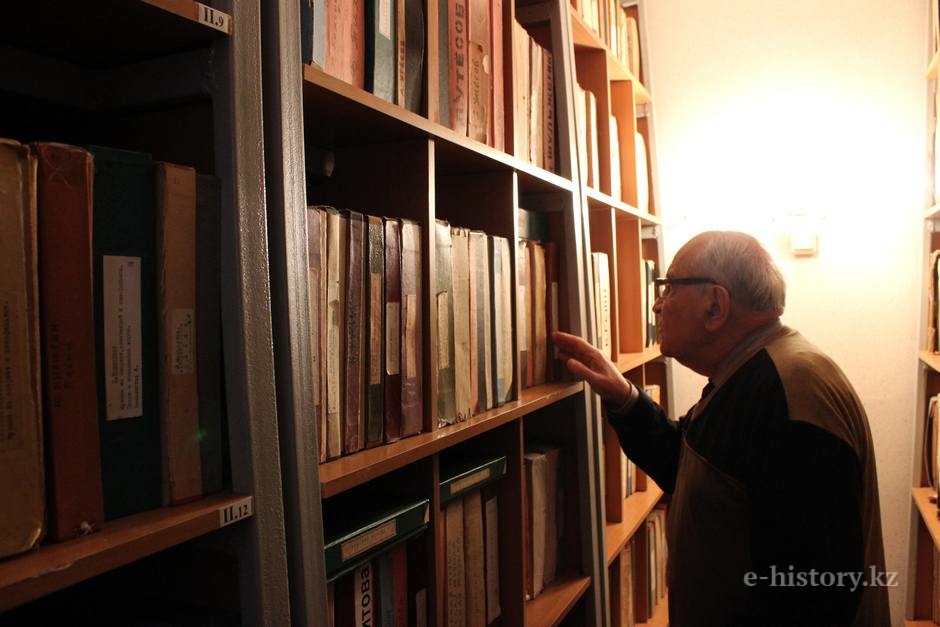 Material was prepared together with the house-musuem of Shafer

Materials on theme
The epaulettes for the military personnel of the Soviet Army were introduced on this day
The anniversary of People's Artist of Kazakhstan A. Kasteyev is widely celebrated in Almaty.
In order to made our country eternal, it is necessary to amend the story
Kazakh oratory