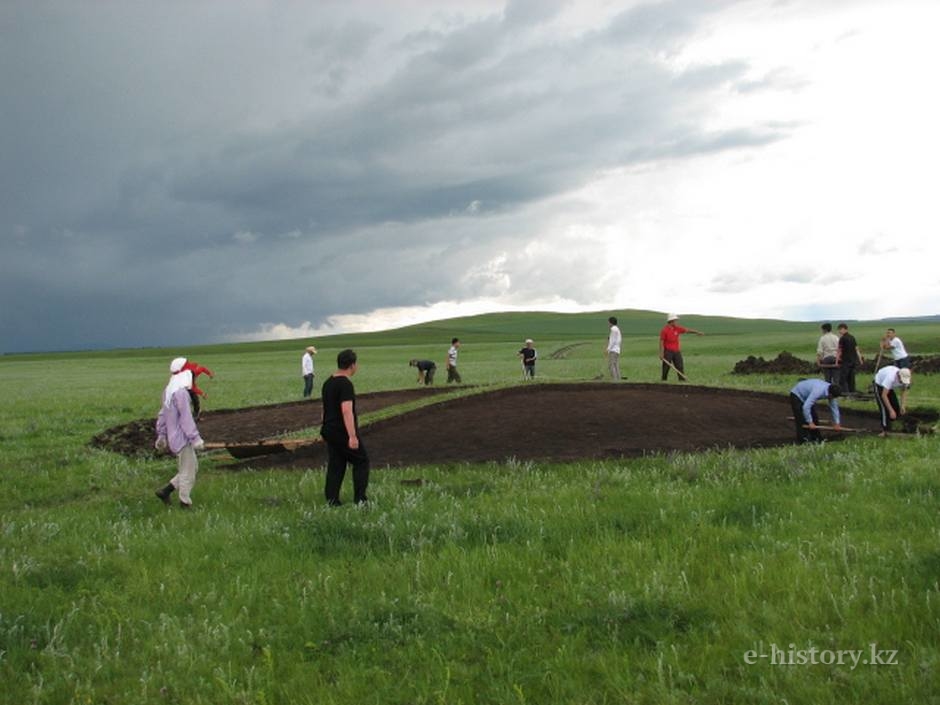 — We named this monument of ancient metal workers "Shagalaly settlement". It is situated if Zerenda area, Akmola region, not far from Kenatkel village. As a rule, archaeologists give a monument a name of nearest village or river. In this case the settlement is located on the right bank of the Shagalaly River.

For the first time this monument was discovered by Kimal Akishev in 1954. At that time it was known as Pavlovka because Pavlovka village was situated three kilometers from ancient settlement. Nowadays nothing left of that village, therefore we renamed the monument.

Kimal Akishev conducted initial analysis of the monument. Based on findings he managed to date the settlement — he dated its presence back to the Bronze Age. 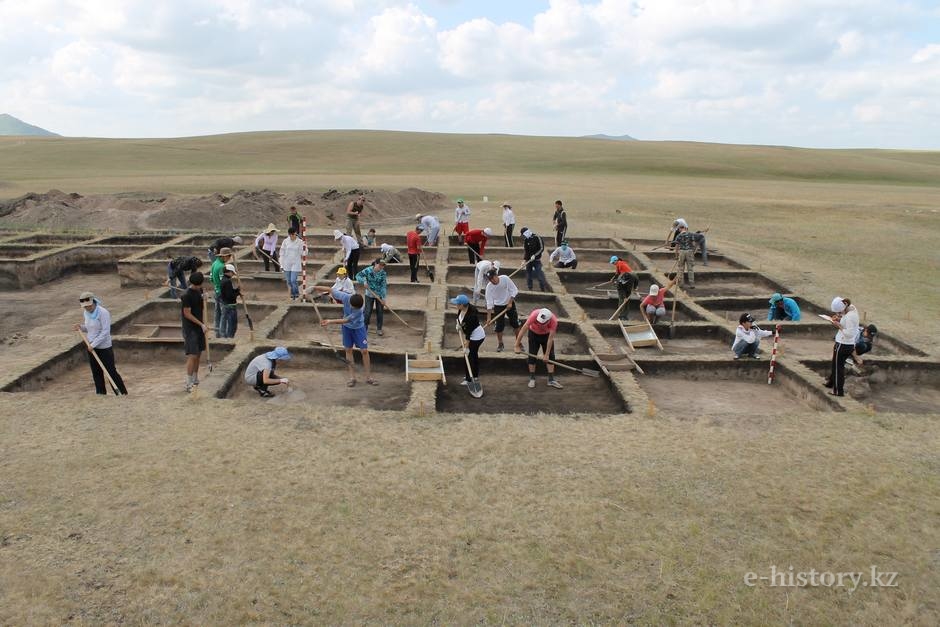 We continued archaeological excavation of this monument in 2010. As it is known, archaeologists may undertake excavations in two cases only. Firstly, when a monument is damaged by natural hazards each spring the Shagalaly ancient settlement is flooded. Secondly, when historical monument experiences human pressure: economic activity of people, construction of roads.

Tell us, please, what this ancient settlement is rich in?

— Excavation gave us a great result. In the 1980s archaeologist T. S. Mamlutina researched that monument. Her reports informed us that she had discovered housing pits. She wrote that the dwellings were frame and constructed on pillars; on the first floor ancient people kept cattle and lived on the second floor. The warmth from the first floor helped them survive hard climatic conditions of the area. Such kind of housing constructions were very wide spread during the Bronze Age. Tatyana Sergeyevna managed excavation of dwellings found on the bank of the Shagalaly River. And now we moved away from the banks. We excavate surrounding territory and have good results.

Since 2010 we excavated three dwellings and the distance between them. For the present moment we discovered a lot of findings thanks to the fact that once it burnt. Burnt wood became a kind of conservation and therefore is good kept. Analyzing burnt wood which was the construction material for dwellings we managed to reconstruct ancient buildings.

Many archaeologists who carried out excavation in Central Kazakhstan discovered stone walls of ancient dwellings and could not define what the roofs of the constructions were made of.

Having researched this settlement we can realize what were the material and the form of the roof of the dwellings of people who lived in this area in ancient times. This demonstrates a great value of excavation of the Shagalaly settlement.

Along with dwellings we find a lot of ceramic stuff, bronze products (cleaver, ear-rings, different household items). Analyzing materials from the Shagalaly we can note close ties between the local population and ancient agricultural and handicraft urban centers of Central Asia. Ceramics brought from these centers or so called machine ceramics is the evidence of this fact. People who inhabited the valley of the Shagalaly River produced stucco ceramics while in urban centers of Central Asia ceramics was made on special machines. 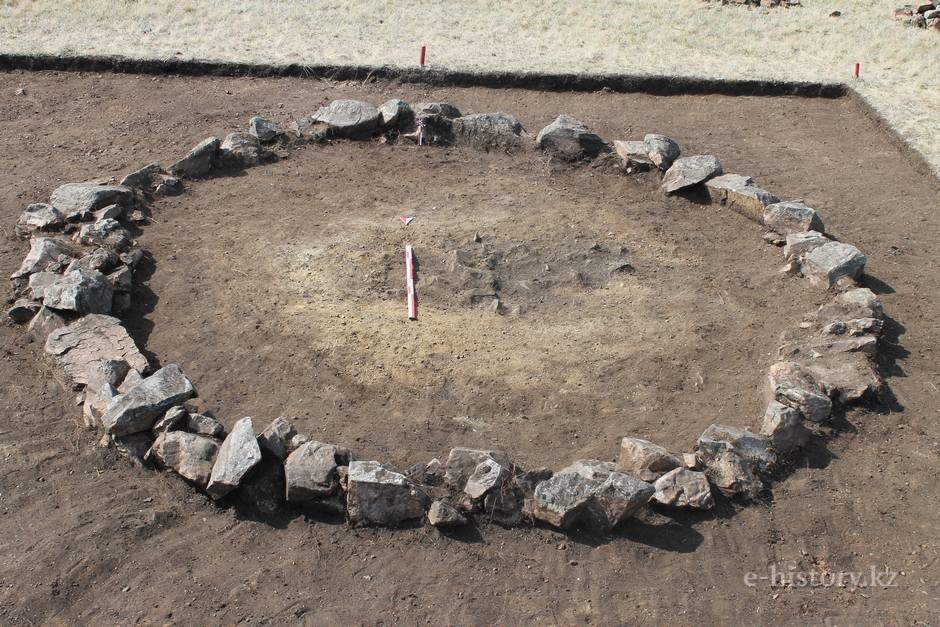 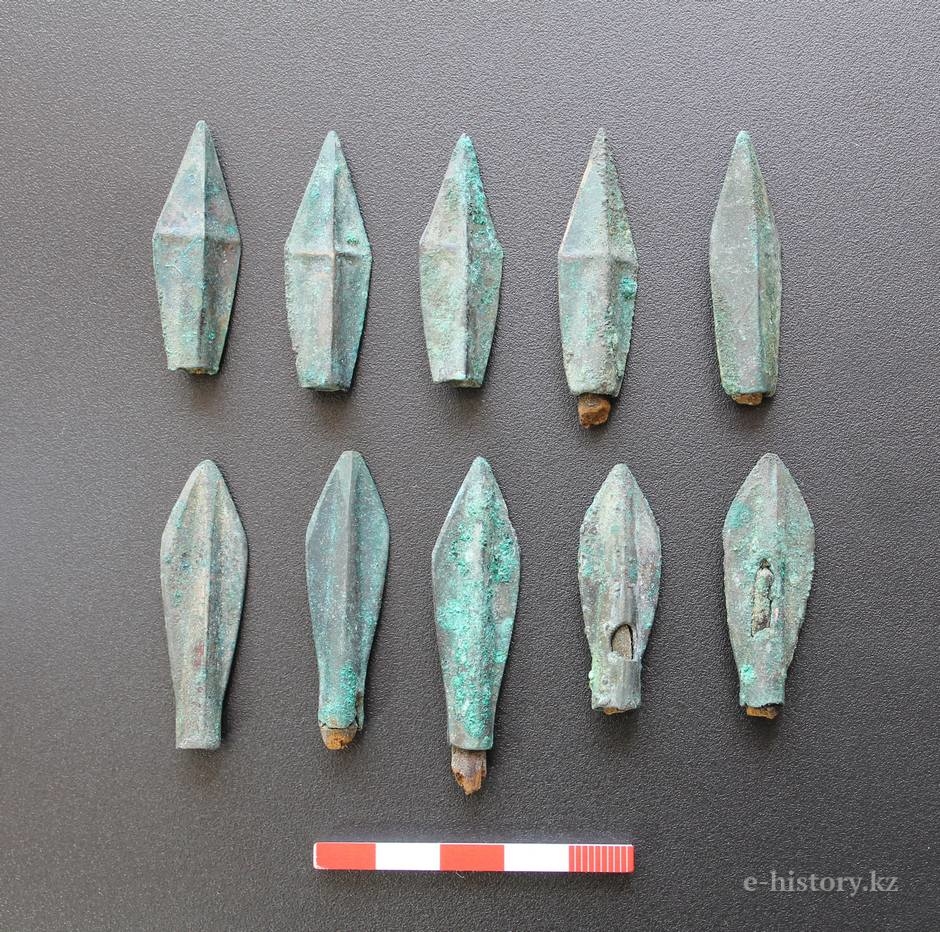 That is the reason why we found wonderful and very good kept sample of machine ceramics in the Shagalaly ancient settlement. Thus, 15% of ceramics in this settlement was imported, brought from Central Asia and exchanged to local metal. Huge vessels were placed on special stands. The most surprising thing is that these stands have the sign of the craftsman which were caved, for example, in craft centers, such as Altyn I and Altyn II. It is interesting that in these centers we find the traces of mutual contacts, i. e. bronze products.

What did people from the Shagalaly settlement do in addition to bronze objects production?

— We believe that ancient people had complex economy; otherwise they could not survive in our climate. They were cattle-breeders, fishermen, hunters and craftsmen. As I said before the great number of bronze findings is an evidence of it. We find moulded forms demonstrating that people knew casting, stone grinders to soften ore and many other things, i. e. everything that was necessary for the work with metal. However, we still didn’t discover a furnace.

We found special pits on the territory between dwelling which were used as a summer and winter fridge.

Thanks to our findings we can reconstruct the houses and the way of life of this ancient nation completely.

I should note that this is a multi-level monument. The first population appeared in the period of the early Bronze Age and lived there till the end of the Bronze Age. Over the years cultures changed: some tribes arrived, others went away, probable, because of natural conditions. Later the territory was occupied by nomads. They buried their fellow tribesmen in burial places of the Bronze Age. We found burial mounds of the early Saka period. We excavates two such barrows; there were arrowheads, knifes, decorated in animal style dated back to the end of 8th — beginning of the 7th centuries. These first objects were made using animal style. 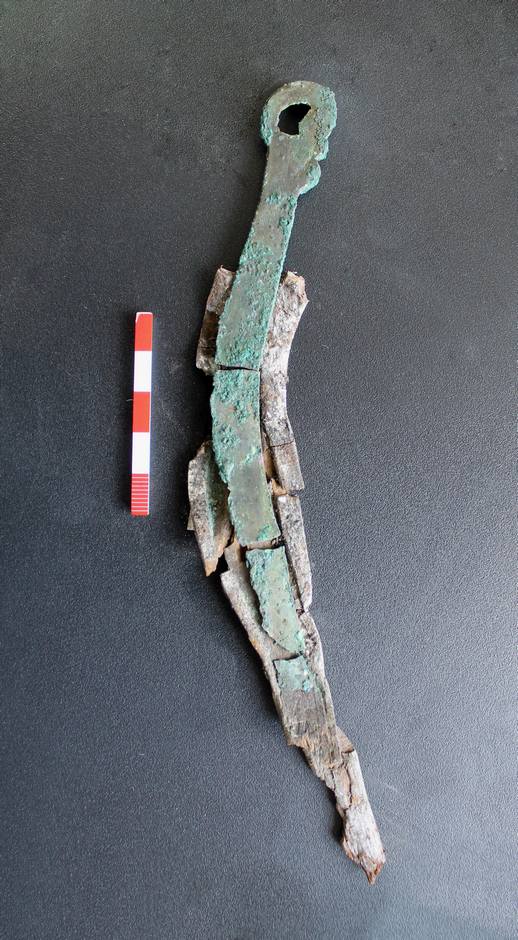 Knife made in animal style

The settlement always was inhabited; people never left this place. This was connected with its location: river, forest, mountainous region containing ore. The research of the Shagalaly settlement is very important for the science as it is rich in materials of both early Bronze and early Iron Age.

This year we excavated double barrow. In one of them we found Saka burial place, in another one we found Turkic burial place accompanied by horse; it also contained typical Turkic ear-rings, bronze mirror and many other things. 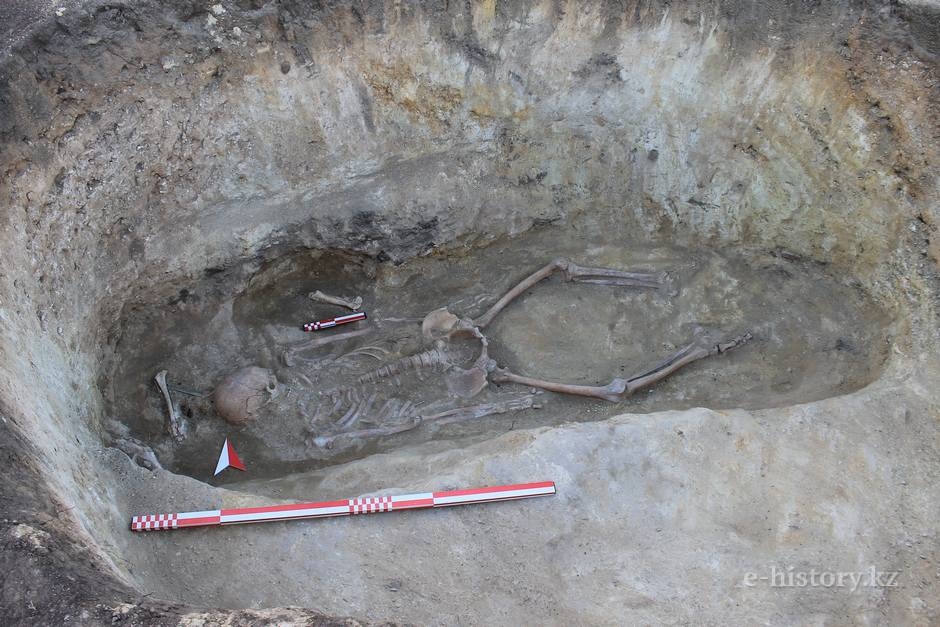 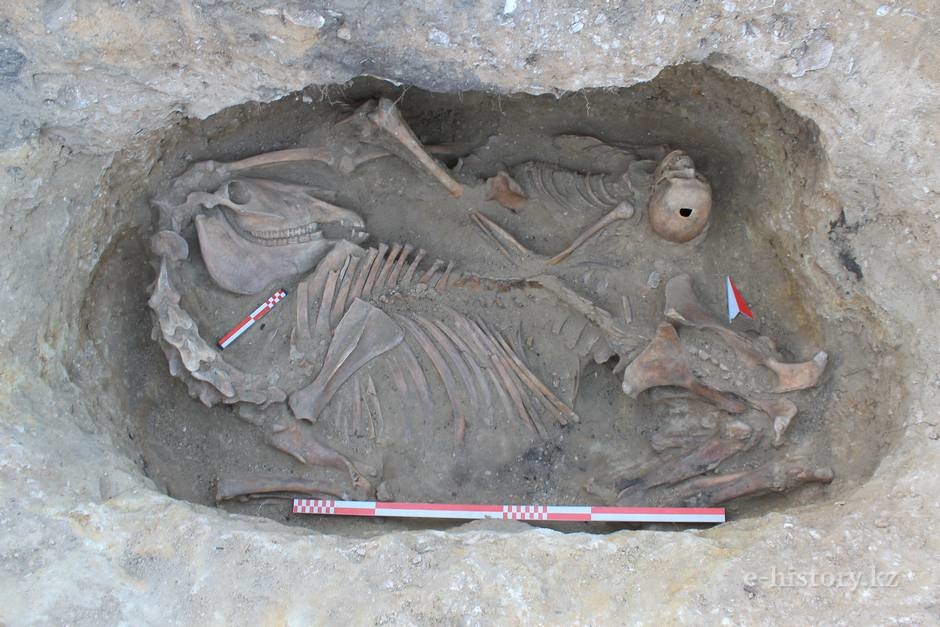 Use of materials for publication, commercial use, or distribution requires written or oral permission from the Board of Editors or the author. Hyperlink to Qazaqstan tarihy portal is necessary. All rights reserved by the Law RK “On author’s rights and related rights”. To request authorization email to mail@e-history.kz or call to 8 (7172) 57 60 13 (in - 1163)
Қазақша Русский English
MOST READ
Month Year
Recorded history of Kazakhstan. Part 2
Heroic mothers of the great steppe
How had the World War II been started?
Philosophy of the Emblem
14 monuments at Tekturmas
The rural akims: the country's hope is in the elections
Kazakh historical drama Tomiris premiered in Istanbul
Stolypin about the worries and hopes of immigrants to the Kazakh steppes
ALASH IDEA IS THE PROTECTION OF KAZAKH STATEHOOD
A tireless explorer of the Kazakh land
SWITCHING TO THE LATIN ALPHABET – UNITE ALL KAZAKH PEOPLE
Kunaev Dinmukhamed Akhmedovich
People who eat horses will kill you
Materials on theme
The book “Creator. Nursultan Nazarbayev: View from Russia” presented in Moscow
A round table meeting "Local History: history, current problems and prospects of development"
Results of expedition to Ulytau
Kazakh national culture: sources and traditions