Home News The custom of giving the names in Kazakhs’ culture

The custom of giving the names in Kazakhs’ culture 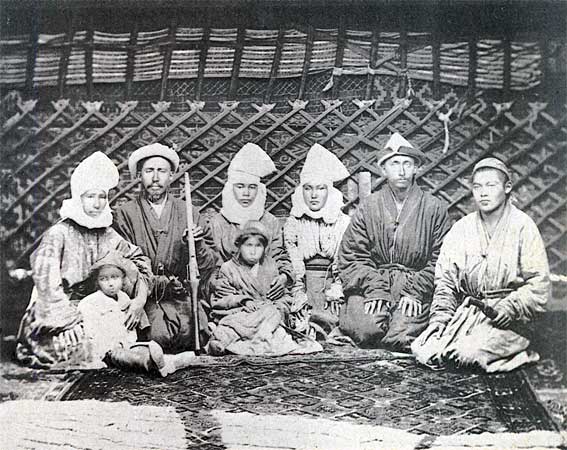 The happiest moment for Kazakhs is the birth of a child. Thus, giving the name for a child is very serious process. Traditionally, grandfather or respected person could give the name.

Motives for the naming in Kazakh culture were varied. Names were given on the specifics of the appearance.

Since Islam began to spread following names became very popular: the names associated with 99 epithets of Allah — Rahman, Rahim, Mubarak; with the names of the caliphs, the Prophet and the family of the Prophet — Abdullah Ali, Abubakir, Mukhambet, Khadisha, Fatima, Aisha; with the attributes of faith — Yasin, Ayat, Daiyr.

Also names can be given randomly like Saptayak, Saten, Koseubay and Pistegul.
In Soviet times, in the list of Kazakh names were added names associated with significant socio-economic transformation in society: Kenes, Saylauukul, Soverbek, Kosmos, Traktor and Mira.

Telman, Marat, Mels, Clara, Inessa, Indira and Ernest were given in honor of the revolutionaries and the prominent political figures.

In 50’s, names of Western European origin like Robert, Rudolph, Aelita, Luiza, Dina, Diana and so on, were widespread.

Recently, as the Kazakh language was given the official status the name of the native Kazakh origin became very popular.

Giving the names is the live process, constantly updated and directly relation to the historical and cultural life of the people.

Material provided by the Scientific Expert Council of the Assembly of People of Kazakhstan, an article from the book of Ph. D., Professor A. Kalybekova «Folk wisdom of Kazakhs about education», Almaty, 2011, p. 390