Home News “It was not easy, but in 1997 we transferred the capital”

“It was not easy, but in 1997 we transferred the capital” 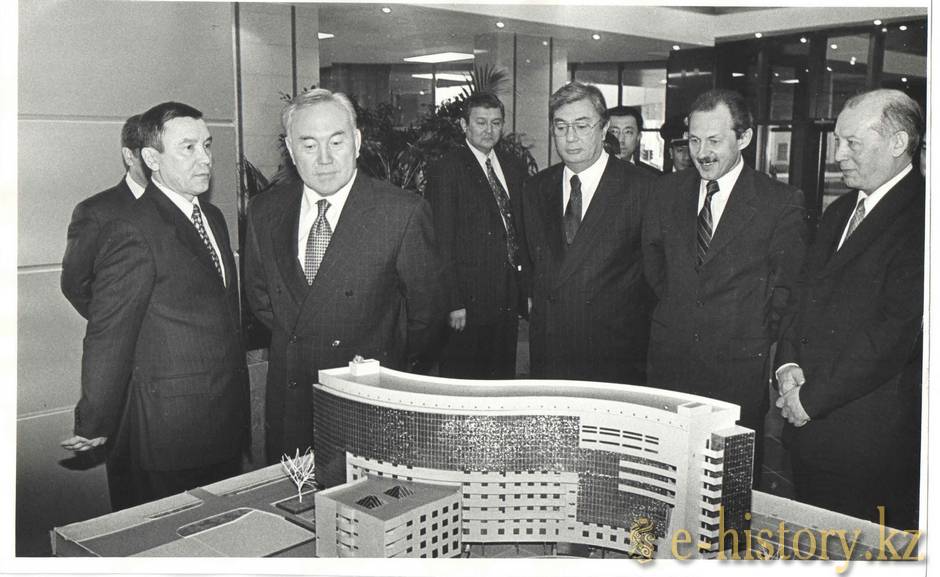 The President in his book «In the heart of Eurasia» with gratitude remembers Farid Galimov. In 1996, he was the head of State Commission for the relocation of government agencies to Akmola.

«In 1954, I went to France. At a press conference, French journalist asked the Prime Minister of China (at that time in France was the celebration of the 150th anniversary of the French Revolution): „Tell me, what influence the French Revolution had on the progress of world history?“ The Prime Minister said to the journalist: „What can we say, it took only 150 years. Is it possible to assess?“ So, do you want for 15 years to assess», — responded to our request about the transfer of the capital Farid. However, after a few minutes, our meeting turned into a frank and interesting conversation.

Farid, please tell us, about parameters of choosing the new capital?
— This idea was first mentioned by the President when he spoke at a meeting of the Supreme Council on July 6 1994. He said that there are 26 features, which will determine the transfer of the city into the capital.

Certainly, among these signs there are main ones. I think the first reason for the transfer is that the capital was on the edge of the state, and it is inconvenient in all senses.
When the Soviet country existed, it did not matter much. But basically all the capitals of the world are located in the central part of the state. The second reason — the movement of the population, i.e., transfer of the capital pulled a movement of Kazakh part of the population from south to north, because this should not have happened to the separation of the territory on the basis of Kazakhs or non-Kazakhs living there. There were purely economic reasons: Akmola located near Karaganda, Kostanay, Petropavlovsk, Pavlodar, Ust-Kamenogorsk — a new capital was at the center of agricultural and industrial region.

Also capital should be able to develop. In this regard, the city of Almaty almost pinched grow nowhere in terms of environmental and seismic is also problematic city. And finally, I see a purely political point in the transfer of the capital: the new country — a new capital. 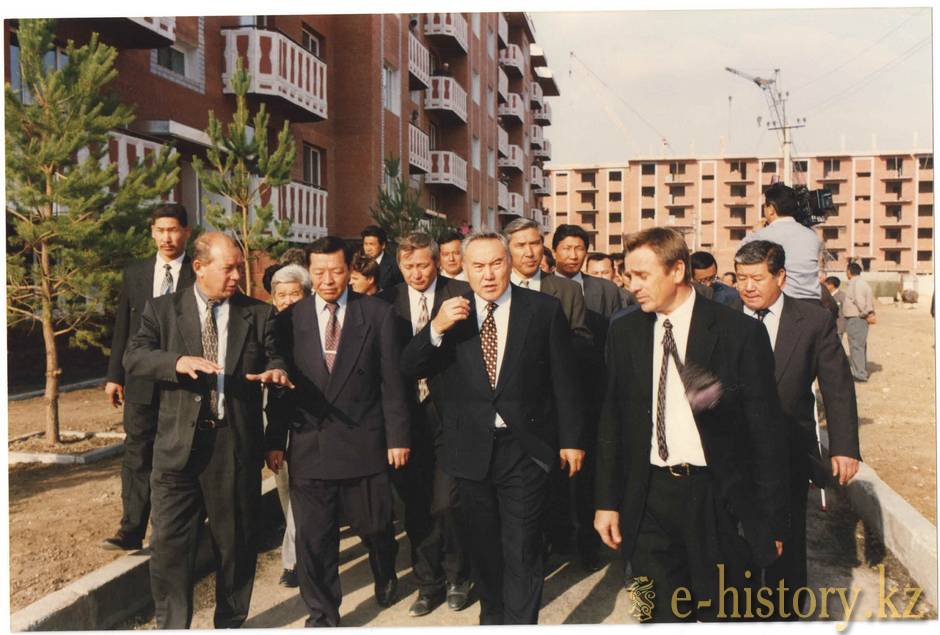 In what year was a commission by the relocation of government agencies to Akmola?

At that time in Almaty during the night there was no electricity, there were problems with cleaning and repair of roads, pensions and salaries were big problem, shelves in the stores were empty. And at this time it is necessary to move the capital! Everyone said: we need to survive today, we cannot think about a future.

So, certainly, the transfer of capital is not perceived as a priority task. Nigmatzhan Issingarin used to do this, but he had his own problems. But as an executive man, I remember, on Saturday he arranged meetings where majority of deputies attended them. Nobody had any idea how to transfer the capital. Exactly at that time the capital from Bonn to Berlin was transferred, but it was movement from town to the former capital, and we planned to do the opposite. To do this, the Germans had the opportunity to spend 8–10 billion marks, and all the administrative buildings and infrastructure in Berlin has long been restored. And we have people who even did not know how much money is needed. Therefore, the first stage of preparation went into the conversations, search, no one knew anything.

In 1995, the President saw that this matter is not moving, and delegated it to the Council of Ministers Deputy Chairman Nikolay Makievsky. An apparatus of the State Commission, which consisted of approximately 30 people, was created to him. Since that time, systematic work on preparation of the capital transfer began. One part of Makievsky apparatus was engaged in infrastructure of Akmola, another took over construction issues. Makievsky was very energetic and advance person. He led the events and reported to the President. However, this work I would say was held in organizational way also it was only done on paper and documents. Not only the event, but money also needed. When the matter concerned about money, everything went silent. There was no money.

In 1996, Nikolay Makievsky invited me and asked to engage in preparation for the transfer of the capital to Astana. In fact, we continued his work. However, for us it was the only task unlike my predecessors.

Creation of the State Commission for the redeployment of government bodies itself has been quite successful scheme: it was the government in miniature and reports directly to the President. We have changed the apparatus, which also included deputy ministers. We gathered, discussed, and each member of the commission had to decide assigned tasks.

It was not easy, but in 1997 we transferred the capital. State symbols and the President’s office were transferred to Akmola. The houses for civil servants were built, although it was very difficult in our poverty. Even the question of how many civil servants to carry, we did not know the exact answer. And, it’s not the bricks, people had questions: what hoist, apartment, wife’s work and others. There were a thousand questions. People who were moving perceived everything painfully and without desire. 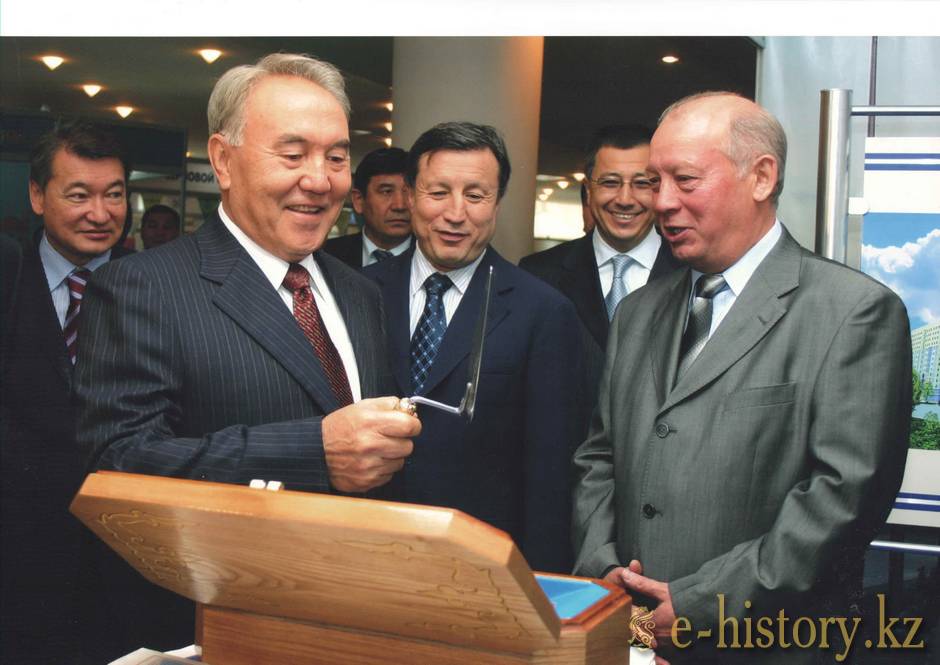 Then a quota for relocating civil servants, where conditions for moving and lifting size were stipulated, lists of surnames were created. I cannot remember exactly, but for example, 40% of the apparatus, 20–30% of staff in ministries, etc. would be transferred. Many previously did not want to move to Akmola, began to rush: «Why am I not on the list?» Another word, the transfer capital was complicated not only by financial problems, but also purely psychological problems.

I want to ask you about the «iron» Vladimir Ni, to whom Nursultan dedicated many pages in his book. Do you remember Vladimir?

— How could I forget, we are very good friends. We were acquainted with him before the 1990s. Vladimir was the only person in Kazakhstan, who had hundred percent of the President’s trust. At any time of the day or night he could call to the President and say things that Nursultan maybe could not love. Through Vladimir Nazarbayev knew the true situation in the country. Many respected and feared of him. He was very loyal to the President.

When Nursultan Nazarbayev was the secretary of the Central Committee and chairman of the Council of Ministers, Vladimir was his assistant. They were spiritually very close.

For example, I needed something urgently, but I could not go straight to the President. I had to ask Vladimir as I had neither courage nor the chutzpah. In a minute he could call the President and resolve my issue, which is the usual bureaucratic way, would be solved in weeks.

It seems like Vladimir had sixth sense, he saw any problem through. He had a natural flair. All political conflicts and strokes he knew perfectly. He was a unique person who always looked at the root.

Moreover, he was a humble, did not like appearing in public, also did not like disputes, but was somewhat touchy. Vladimir was principal, did not like when someone is cheating and trying to get out. He was an outstanding person.

Farid, did you believe in the success of transferring the capital?

— Well, for me it was just a job. If I did not believe I would not have gone. There is a task and it is necessary to execute it. Believe, do not believe does not work here.
The question was not about faith, it is command to do and that is it. Another question is whether you can or not to perform a task.

You were Deputy Mayor of Astana from 1997 to 2002. Please name the most acute problems, which people and the city had?

— All the problems were most acute. It was a city that is completely not adapted to the functions of the capital. And today still requires a lot of work and time. In general the capital — it’s not only financially developed city, it requires a developed culture, education, science, creating an intelligent environment. To create a cultural environment of the capital will take time.

Transfer of the capital was a difficult period in the history of our country and was supported by very few people. How the President’s supporters and those who directly involved in transfer of the capital remember that is only through faith and perseverance of Nursultan his idea to open a new political and economic way of Kazakhstan was realized.

Materials on theme
The story of one photo. Mikhail Kostenko
Yerzhan Babakumarov: "The task of the portal «e-history.kz» is to provide the younger generation with reliable facts about the historical events that were taking place in our country"
"The Kazakh Christmas Tale" exhibition will be opened in the Museum of Modern Art in the city of Astana.
In ENU – the son of a legendary comandante in Cuba