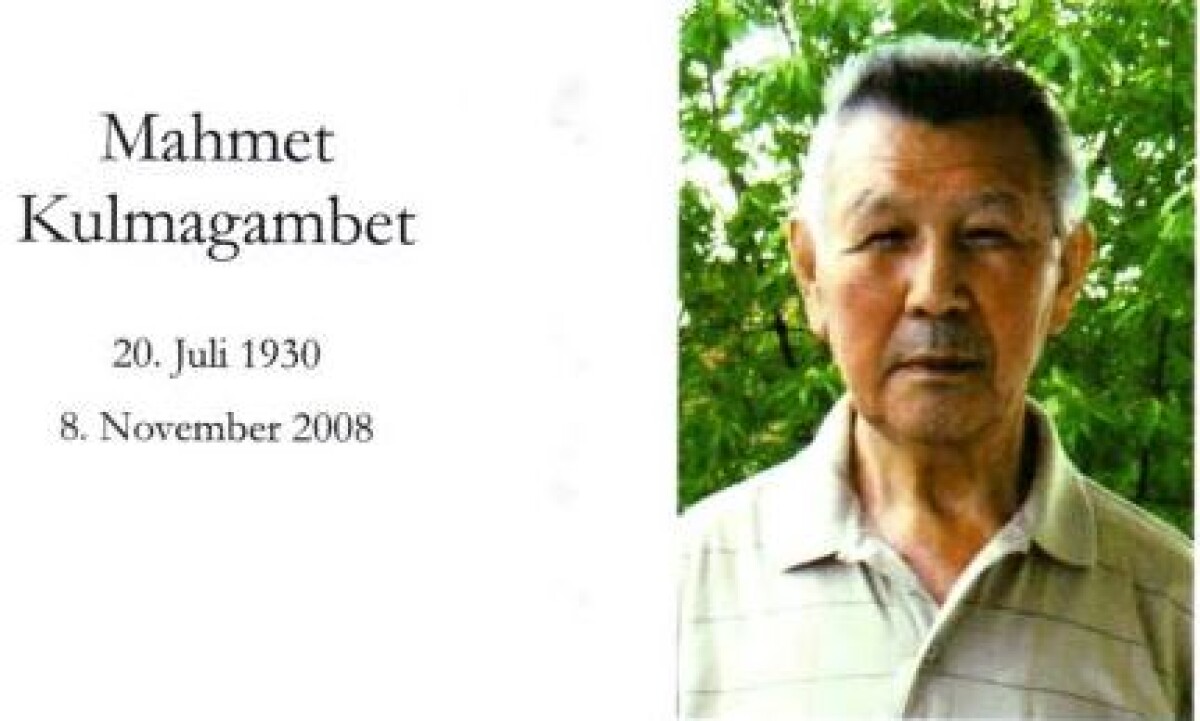 On May 31 in Kazakhstan people remembered victims of the mass political repressions. During inhumanly cruel years of our history the lives of millions of Soviet people were destroyed. However, the terrible repressions of 1930-s did not come to an end… .

They continue both in the middle of 1960-s and in 1980-s. Alike people were captured in camps, persecuted, «cured» of the desire to «live a free in an unfree country» in mental hospitals, forced to hide abroad, thus, broke destinies like it was in 1930-s with only one difference: did not shoot people.

In the middle of 1960-s the dissident movement expanded in the Soviet Russia. At the very beginning it was just a tiny public light flared up for the freedom of speech, however after a while it turned to the fire of the third wave of emigration from the Soviet Union. 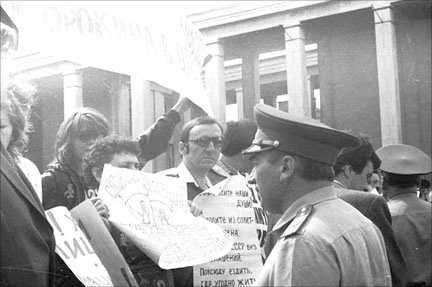 Everyone has heard the last names of «circum-literary drones» including M. Zoschenko, A. Akhmatova, A. Sinyavsky, Y. Daniel, I. Brodsky, A. Solzhenitsyn, S. Dovlatov and many others. However, if the Russian writers and researchers devoted many works to this socio-political USSR phenomenon of 1960–1980-s, which had forever changed and injured thousands of human destinies, in Kazakhstan this question was almost not studied. Probably, the thing is that Kazakh dissidents were few, and they spoke not so loudly, but as others were punished… . 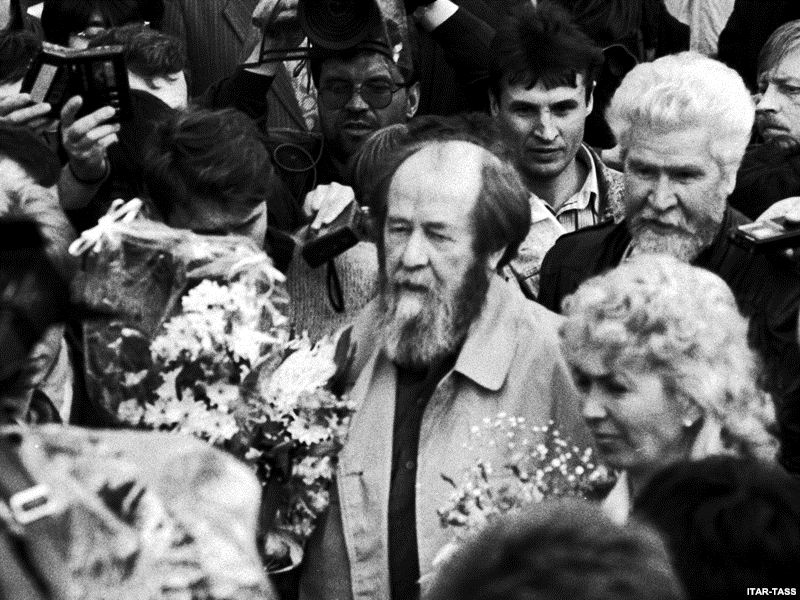 A. Solzhenitsyn’s return to Russia, 1994

Mehmet Kulmagambet is one of Kazak-dissidents. At the end of 1960-s he came to the idea that there was a lot of fraud in Communist ideology. People also call Mehmet the «legendary dissident» probably, because in the 1980-s. the Soviet press wrote about him a lot, calling him «renegade» and «werewolf», pursuing, and controlling even abroad.

Along with the name of the most famous Kazakh dissident, Mehmet Kulmagambetov, Kazakhstan’s press always mentions the two following: A. Zhovtis, literary critic and translator of Kazakh and Korean poetry, and writer K.Zhunistegi, who was imprisoned in the camp for political prisoners together with Mehmet. Going to the interview with the famous Kazakhstan’s anthropologist who dedicated more than forty years to the investigation of Kazakhs’ genetic code, I could not even imagine that Orazak Ismagulov would be a good friend of Mehmet Kulmagambetov, that he would open up and tell how he was persecuted and how he for ten years became persona non grata in his own country.

THEY GOT MEHMET WRONG

«Mehmet Kulmagambetov was one of the first graduates of Philosophy Faculty in 1954 in Alma-Ata, — Orazak Ismagulov, famous anthropologist, Doctor of Historical Sciences, tells. His diploma work was connected with commodity fetishism. Working on his thesis Mehmet said his supervisor that in the Soviet Union there is commodity fetishism as well. For instance, labor force, as it was considered in USSR, belonged to labor people, so this force was not a good, but he declared that it was. He defended his thesis and went to Uzbekistan where he had been working for 3–4 years.

Generally, he was from Kostanay, but in 1930-s, during the terrible years of famine, his parents had to remove to Semirechye, so they settled in Almaty. When his father died at the front, Mehmet remained older in the family with mother and two younger sisters. Apparently, this heavy fate made him understand what happened in the USSR actually.

Mostly people were tired of Communist demagogy and slogans of Khrushchev, who flung his shoes from the UN tribune. All this came out from the limits of the permitted in a world scale as well as inside his state. Evidently, based on it Mehmet certified his persuasion.

He was fired from his teacher’s post in Uzbekistan because he expressed his ideas between students. Then he moved to Bishkek. Young officers from the Committee for State Security (CSS) attended his lectures and took notes of his words. He told that political economy is the same everywhere both in socialistic states and capitalistic world.

HE WAS COMPELLED TO ABANDON PEDAGOGICAL ACTIVITY

Mehmet was compelled to leave university. He started working as laborer at Sarbay ore quarry. In 1969 he was arrested right in this mine, sentenced to ten years including seven years of jail and three years of deportation (editor’s note: served his time in Dubravlag and Vladimir prison, while deportation was in Ukhta, Komi ASSR). 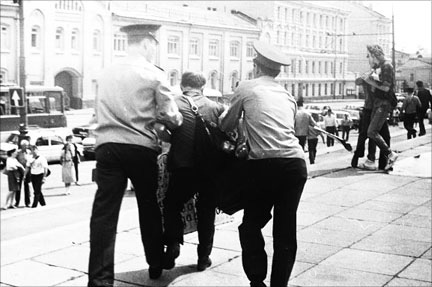 After discharge in search of a job he went to Siberia, Norilsk. Two month later he was found by the CSS officers and said that he could not work there. He returned to Almaty but nobody employed him, then he moved to Kharkiv and from there emigrated to Western Germany; it was 1970-s.

In Kharkiv he married Jewess woman who had her own child. At the same time he obtained the invitation from Western Germany. In that case wife asked him to take the family overseas. In Vienna they separated: his wife with the child went to Israel while he moved to Germany. At first he lived in a kind of camp for emigrants while he was checked. All emigrants were tested for relevance to the CSS. One month later he had been checked and acknowledged to be really suffered from the communist system.

LIVING IN THE WEST

Mehmet stated working for «Azat» («Азат») Kazakh radio where he was the only person with higher education. He was a very intelligent person, knew Philosophy and was good in Political Science. At his time he met Pasternak and Granin. They said Mehmet that his life would be difficult, that he should emigrate and the CSS gave him no peace.

Already being in Western Germany for the second time he married daughter of Russian emigrant of 1920-s. Her name was Natasha; she had two sons and also worked for radio station, but American.

Mehmet’s wife is still alive, I am associated with her and we call to each other. She saved Mehmet in her time. At the beginning of 1980-s three CSS disguised officers went to Germany and organized shadowing him and wanted either to kill or to kidnap him. At that time he was saved only by the fact that Natasha did not leave him alone, otherwise I do not know how it could ended.

It is impossible to say that living in Germany and working for Kazakh radio he criticized the USSR so much, yes, he wrote but a little, and his statements were reasonable enough.

We are from the same village, and were acquainted from childhood. That is why some in the CSS considered that we are relatives. I always responded them: «Well, all of us are descended from a monkey; all are relatives, so you, the CSS, and I are the same blood». His mother was an orphan and my mom raised and made match for her.

MEHMET WISHED TO COME BACK

He wished to come back home, but there were a lot of his opponents in Almaty. He was afraid of provocations against him. Because of the fate he did not return, in 2008 after long period of disease he died and was buried not far from Munich.

I knew him very well, met him often, especially after 1991. We met in Italy, Germany, I was his guest. I am sorry about his destiny. He wanted to come back home so much but was afraid».

It is already not so important now was it his destiny or cruel age which caused that Mehmet Kulmagambetov, intelligent and talented pedagogue, went his way from a teacher of philosophy to imprisoned worker, lost Motherland and spent his last twenty years in homesick, wishing to came back and fearing new pursuits and camps. The most important thing is that his loyal friends and relatives always were with him.

Academisian Orzak Ismagulov is one of those people who shared Mehmet’s difficult destiny.

«I have been studying the origin of Kazakh nation for 57 years. In 1977 I wrote the book «Ethnic Genogeography of Kazakhstan. Blood Group of Kazakhs» («Этническая геногеография Казахстана. Группа крови казахов»). Kazakhs are divided into clans and zhuz, and I wanted to check whether they are different at DNA level. Based on seven thousands of taken samples, I proved that there are no any differences in genetics. I tested even tooth, skin pattern and face models — nothing. There is mutability, but on proper statistical stage it does not differentiate. 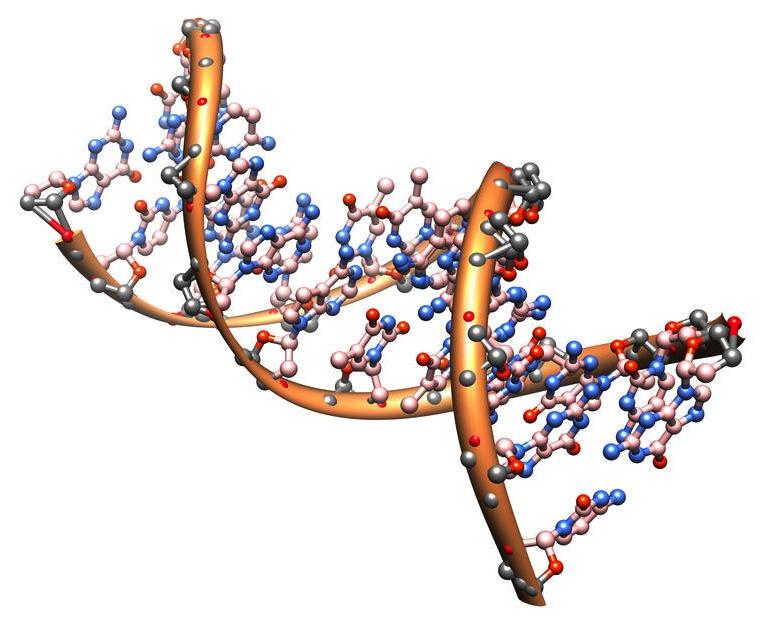 If indeed there was a zhuz distinction between Kazakhs, for example, say, before Kazakhstan’s joining Russia, then 200–300 years later it would be Kazakh’s distinction to the point of Kyrgyz or Karakalpak, in biological respect. But this did not happen.

My book «Blood Group» was burnt soon after its publication. And after this I have being considered as a persona non grata for ten years in the Soviet Union. In a sense I am a victim of the CSS. I was always shadowed, and could not join an expedition. I spent on month sitting at the CSS office on Kalinin Street in Almaty, while they were investigating my case. At that time my foreign colleagues helped me, scientists from India. Alaska, Germany, Greece supported me. They took me out the jail, but shadowing did not stop.
I remember one captain always accompanied me at bus. Once I came to him and said: «I am sorry, but I cannot pay for you». He responded: «It is free for us».

I did not join the Party and was accused of absorbing bourgeois ideology during my presence at congresses in India, Japan and America.

In 1982 I published «Anthropometry»; it was very difficult to publish it after the situation with my previous book. At that time S. Sadvocasov was at the Department of Science, he helped me so much. He summoned me and said: tell me the truth, what is your writing, I cannot understand. I explained him, that nothing was fabricated, told him everything. Then I published it. Four months later I defended doctoral thesis in Moscow based on this book. 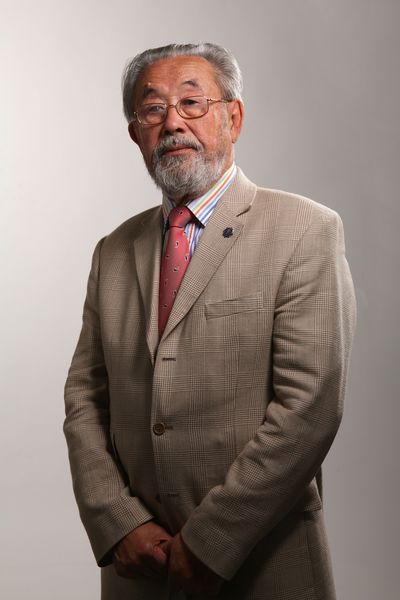 Currently I work on my book «History of Kazakh People, Based on Physical Anthropology of XX century and XX century B.C." („История казахского народа, основанная на физической антропологии XX в.-XX в. до нашей эры“). I worked on it for a long time, defended candidate and doctoral thesis on this theme, and now I would combine all my results in a one book. I spent 40 years to investigate around 50 thousand of Kazakhs from various regions of the Republic and on the basis of numerical evidence illustrate that during 40 centuries the physical type of Kazakhs had been changing. Kazakhs as opposed to their ancestors, for instance, who lived 40 thousand years ago in Bronze Age, have changed to 2/3 in all aspects. I proved it based on facts. My work will be necessary to Kazakhstan’s anthropology in future, as nobody before me did this».