Home News Other Cultural walk: the museum of Ministry of Internal Affairs of the Republic of Kazakhstan

Cultural walk: the museum of Ministry of Internal Affairs of the Republic of Kazakhstan 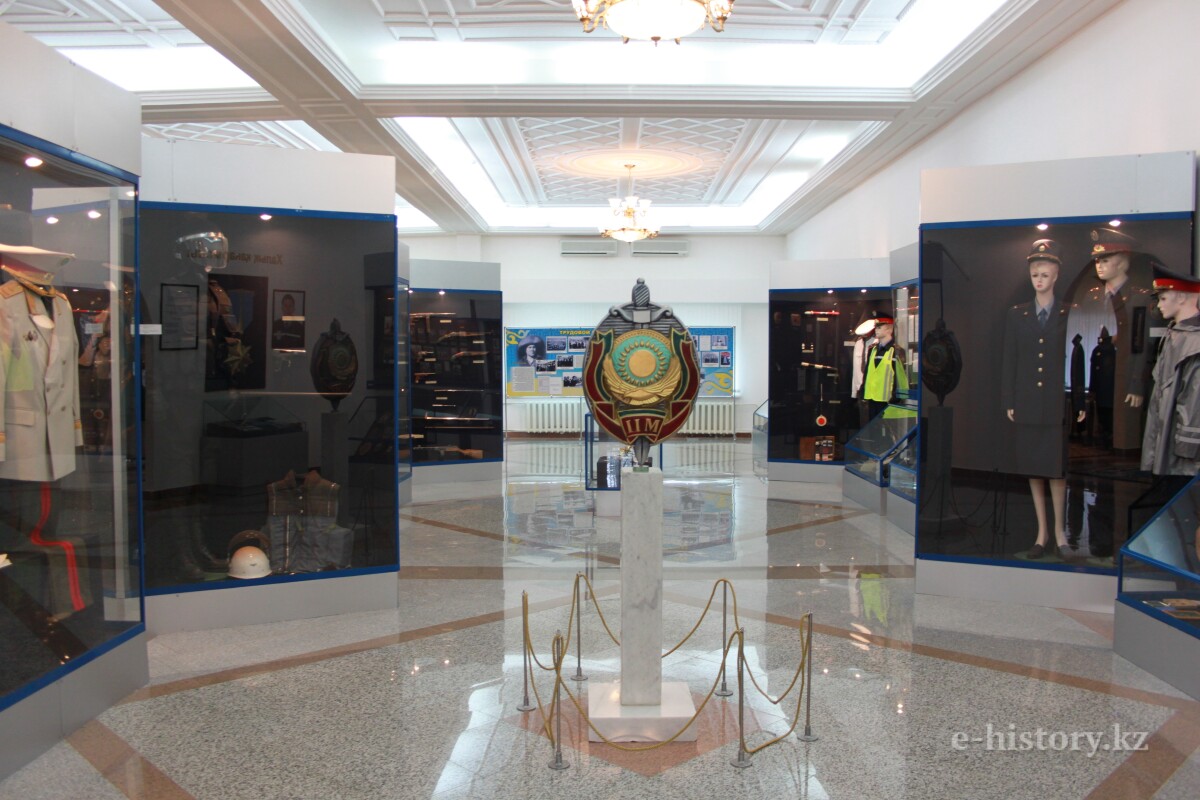 On the eve of the birth of the Armed Forces of the Republic of Kazakhstan journalists of the web-portal e-history.kz went to cultural walk to the museum MIA RK.

A museum it is a sort of "time machine", where sometime it is possible mentally transport ourselves for 10, 50, 100 or more years ago. We can feel the breath of a past era, to visualize the men that went in other clothes, other streets, firing weapons in the name of fighting for the great goals, risked their lives for the great ideas. The museum preserves the memory of the past heroes.

For 30-year of the museum's history MIA RK received recognition of the experts. In 1990 it was nominated as one of the best museums of the USSR Ministry of Internal Affairs and listed to catalog "Museums of the USSR".

The museum consists of seven rooms. Among the exhibits there are  photo-documentary materials, books, weapons, badges, personal items, souvenirs and other items.

The first Hall reveals about the establishment of Soviet power, the creation and formation of People's Commissariat of Internal Affairs during the period of foreign military intervention and civil war in Kazakhstan (1917-1925).

The first police in Kazakhstan was formed in severe conditions. They lived in yurts, dugouts, barracks and had lack of uniforms, transportation and weapons.

This shows the exhibits of that time: silicon weapons during the civil war, whip-dagger with a crew-dagger, homemade dagger, sandals - the shoes of police in 1917-1920. Since the Civil War in a museum were preserved burka with hat, revolver, overcoat and Budenovka. 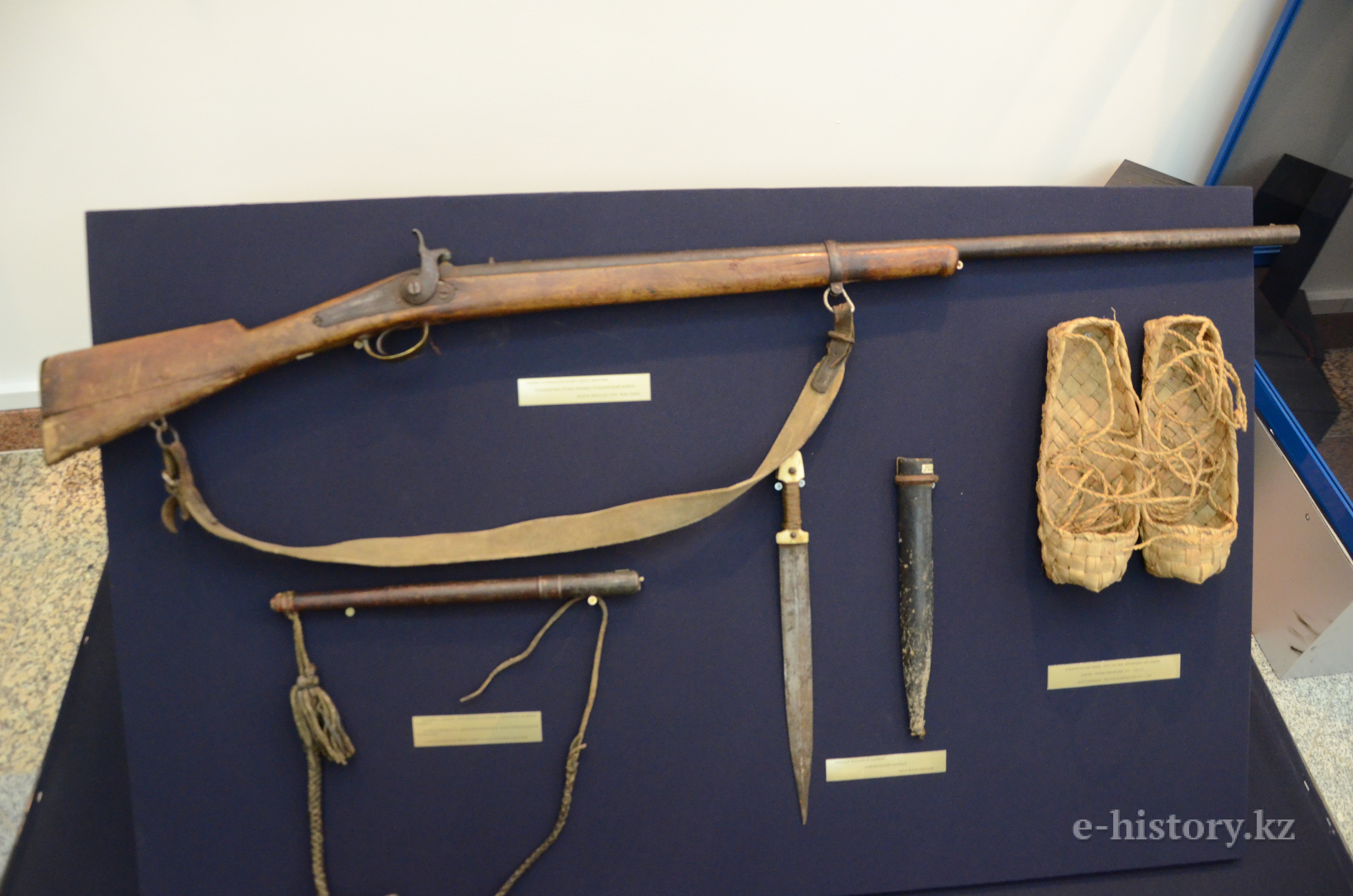 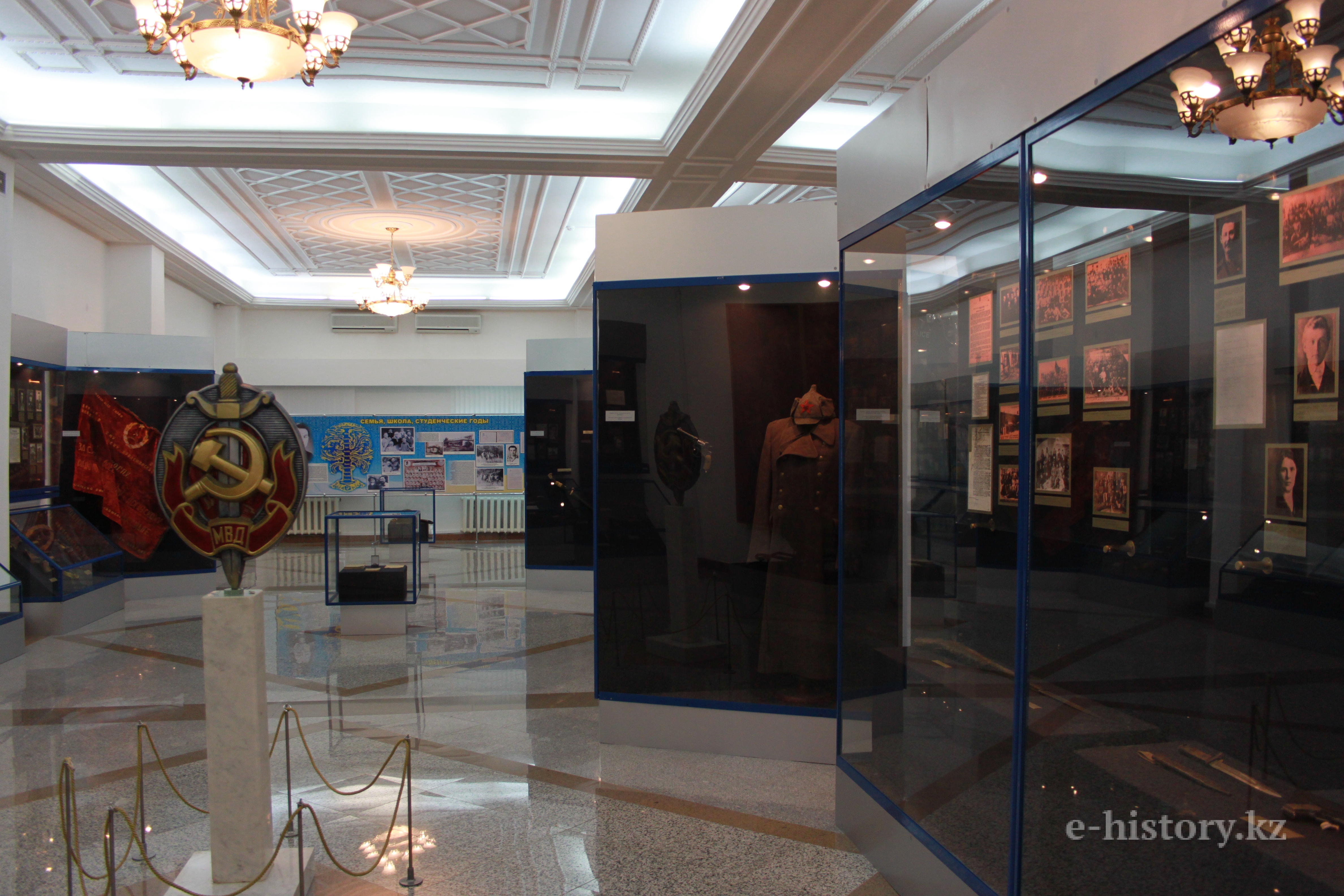 The second hall shows the activities of the NKVD of Kazakhstan during the socialist industrialization and collectivization (1926-1932).

In August 26, 1920 was organized the People’s Commissariat of Internal Affairs of the Kazakh SSR. Abuzarov’s leather jacket and Nevzgodov-Losev’s Mauser, who were the first members of the NKVD, were displayed. Also there were presented bread of besieged Leningradrifles, nominal guns, Russian dagger “Bebutov”, phone, which were used in the 30s, and Bereketov’s nominal checker (1933). 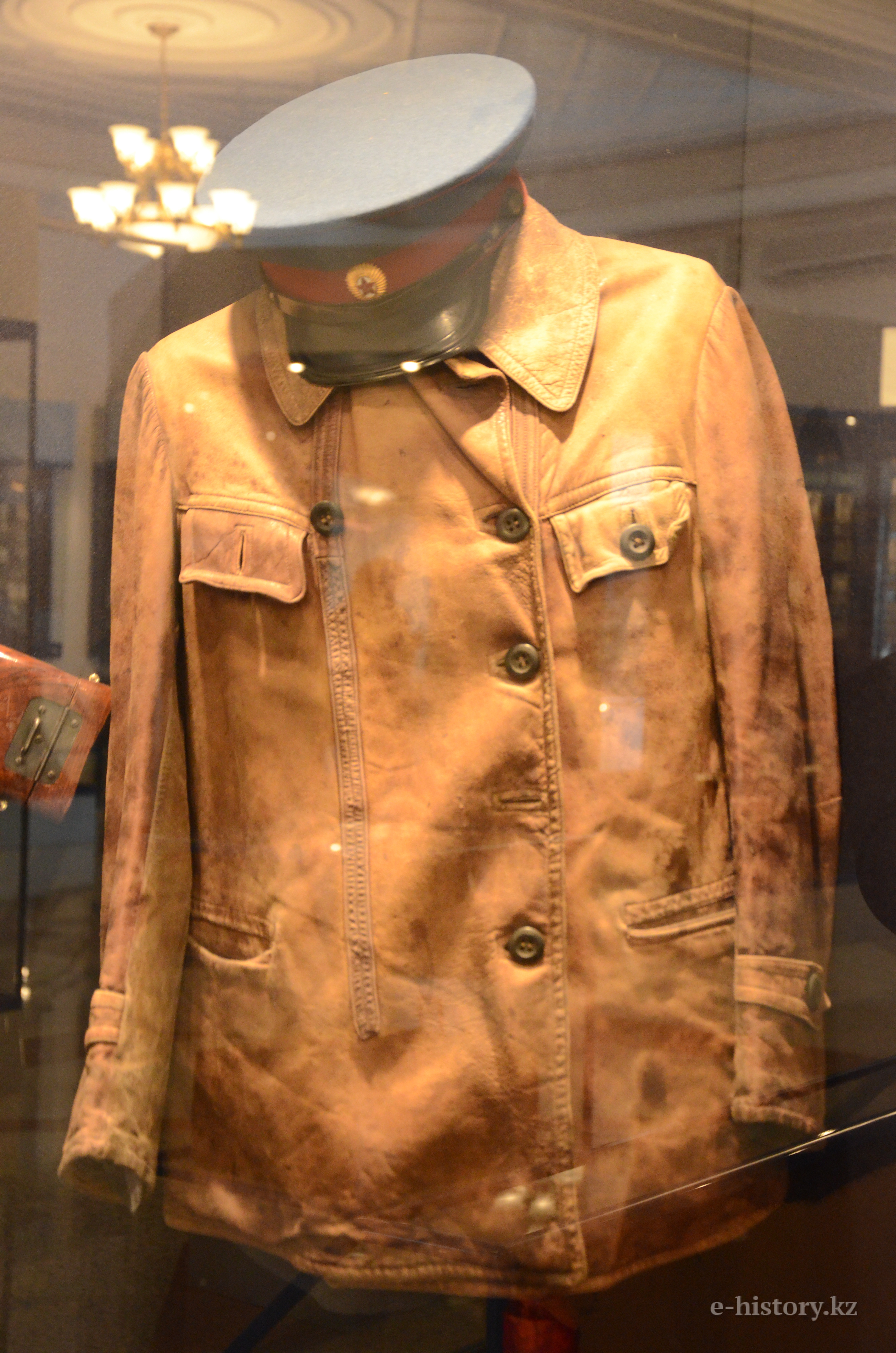 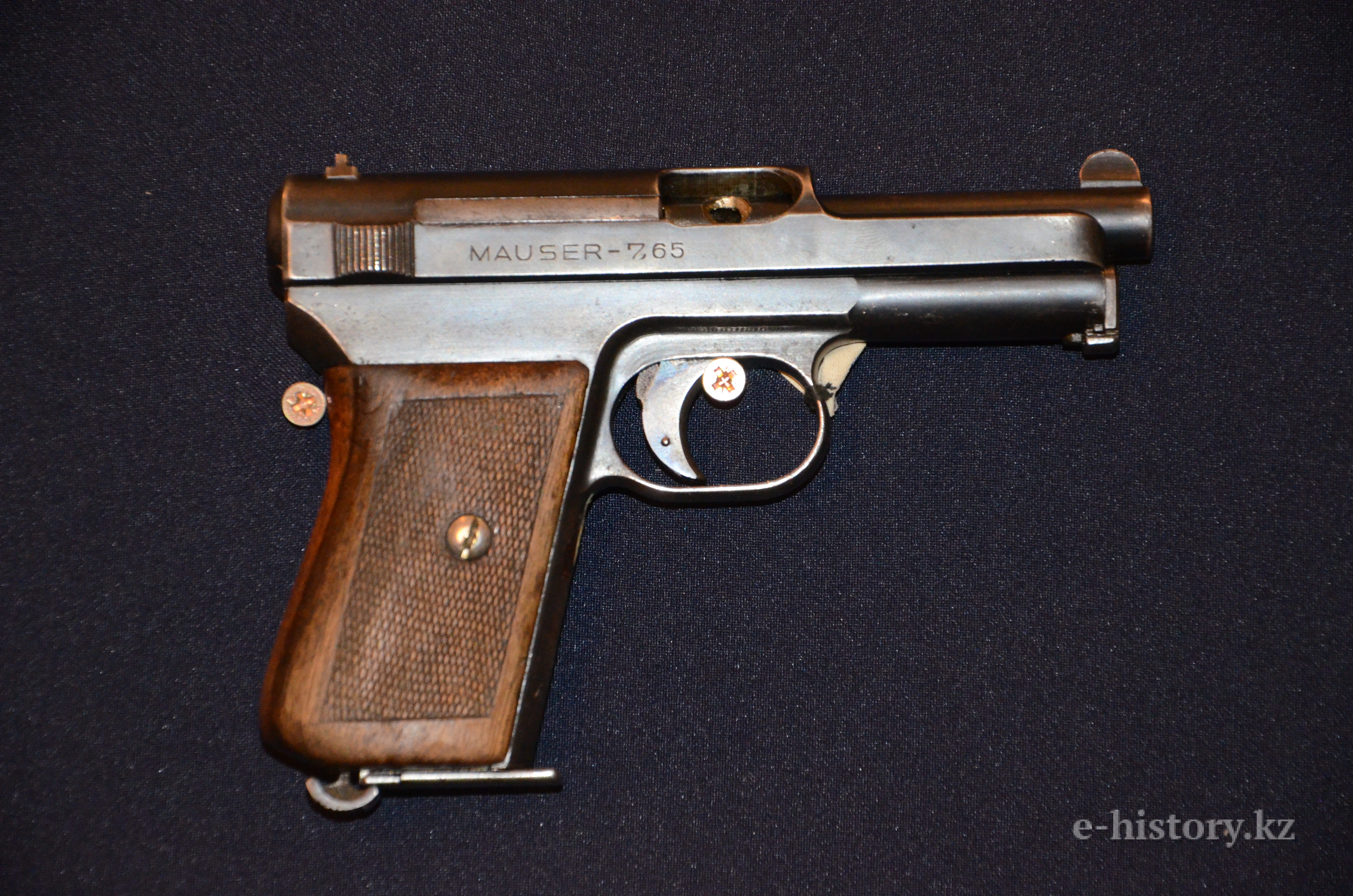 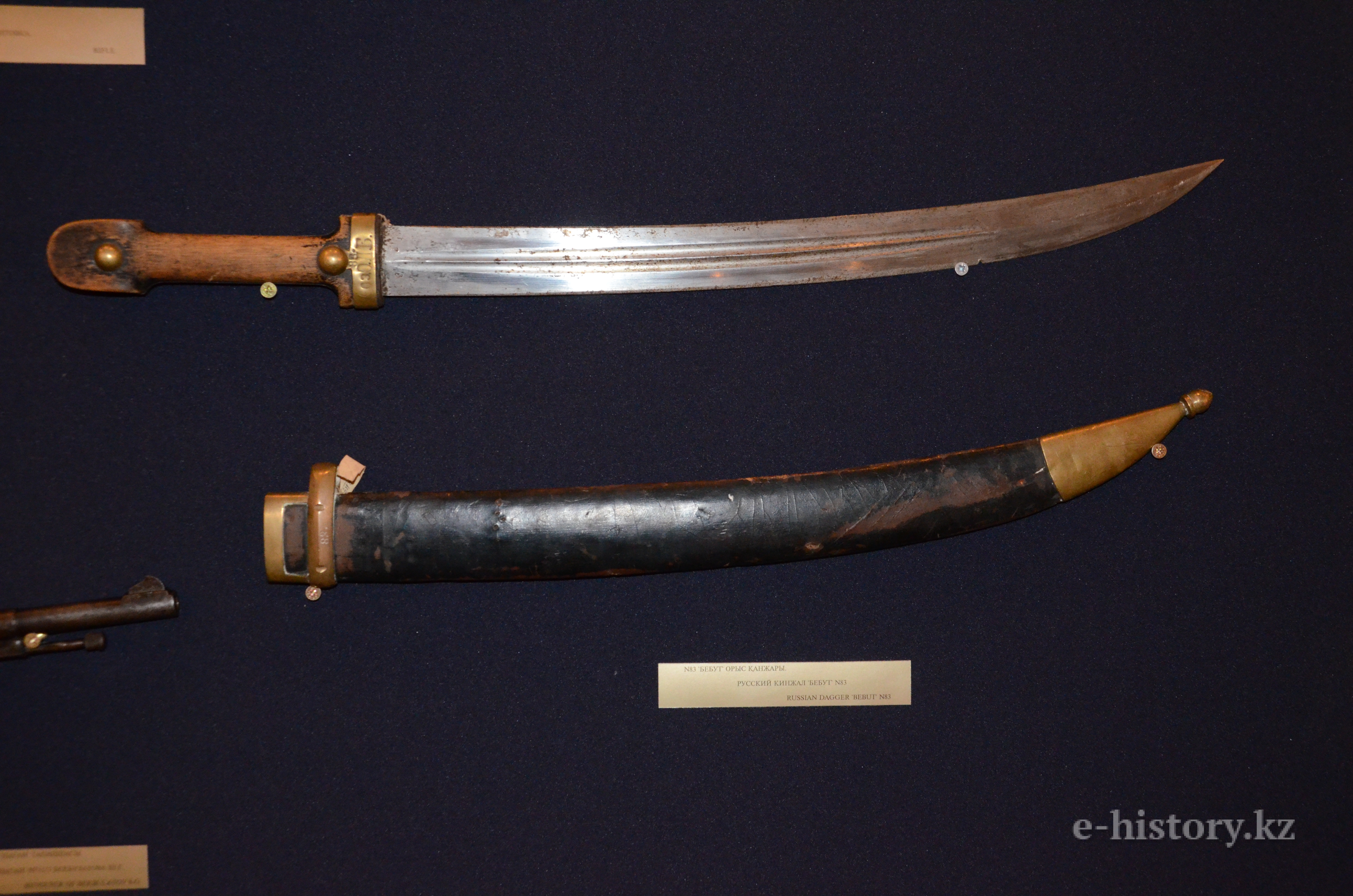 The exposition of third halls describes the participation of employees of the NKVD in the fight against the Nazi invaders during the Great Patriotic War (1941-1945).

Here shown following things: the nominal guns, bayonets and rifles, bread of besieged Leningrad, the daily rate of which was 125 grams, half-baked with bran and sawdust, piece of fused land after explosion, hand grenade and more. 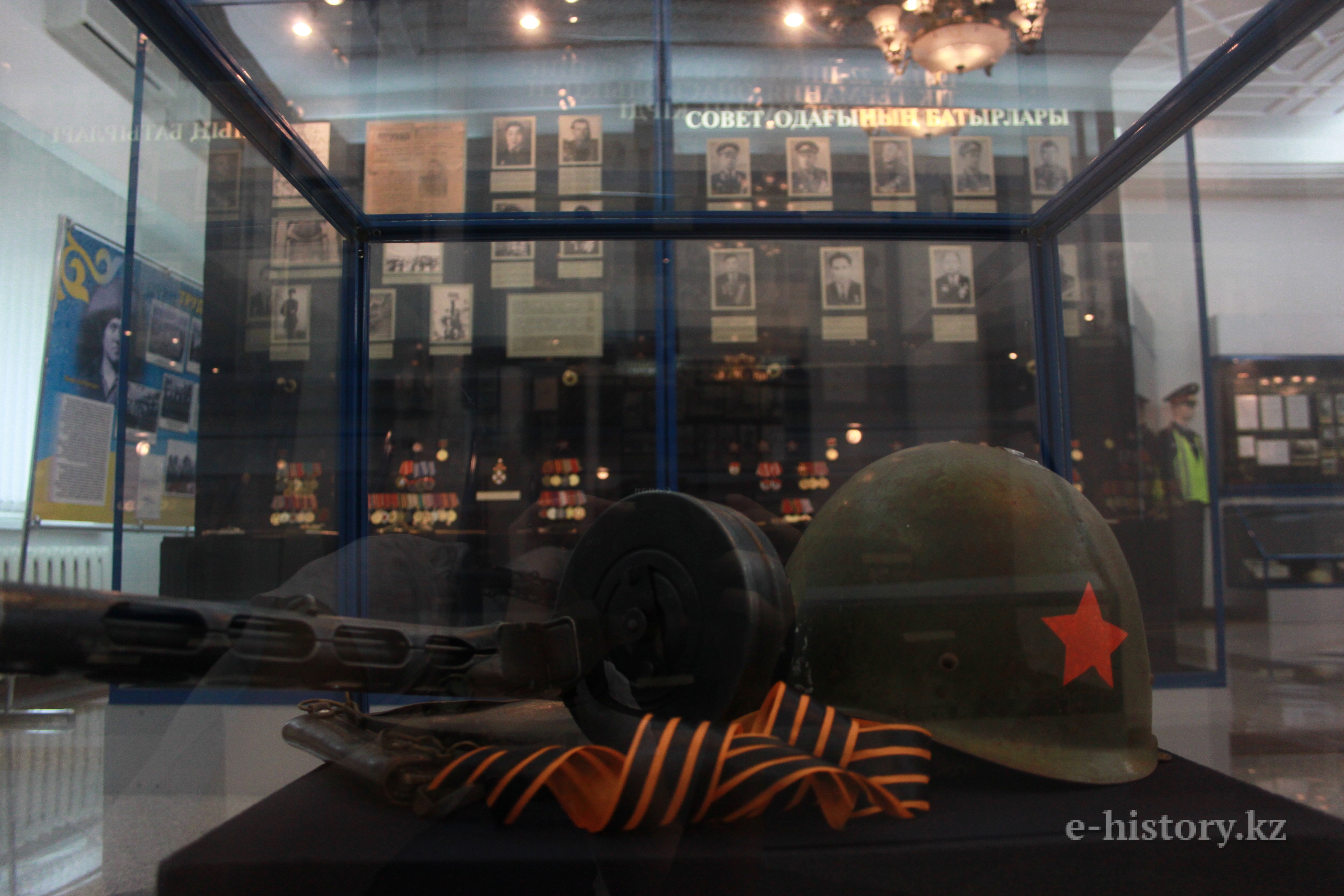 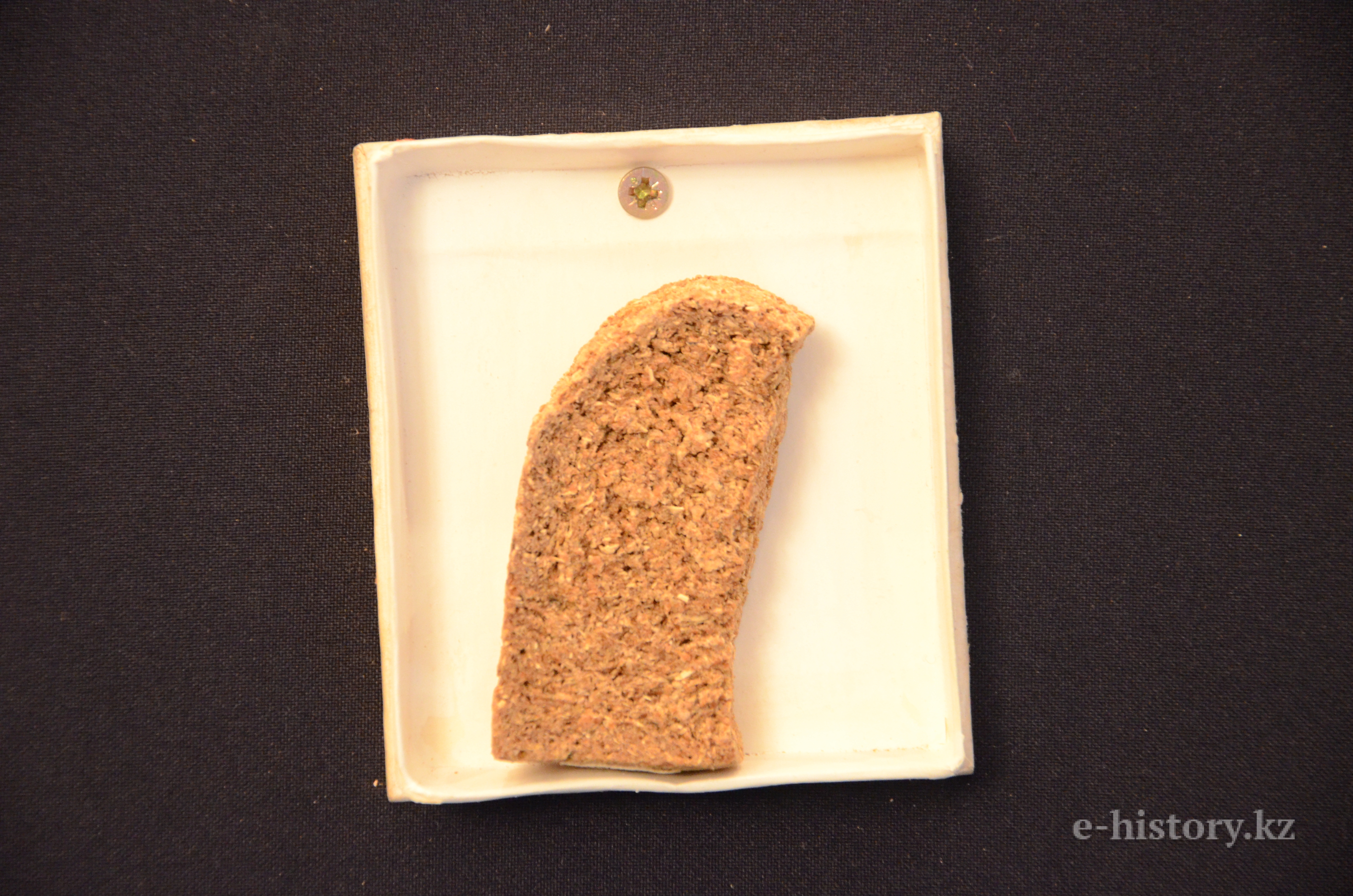 The bread of besieged Leningrad 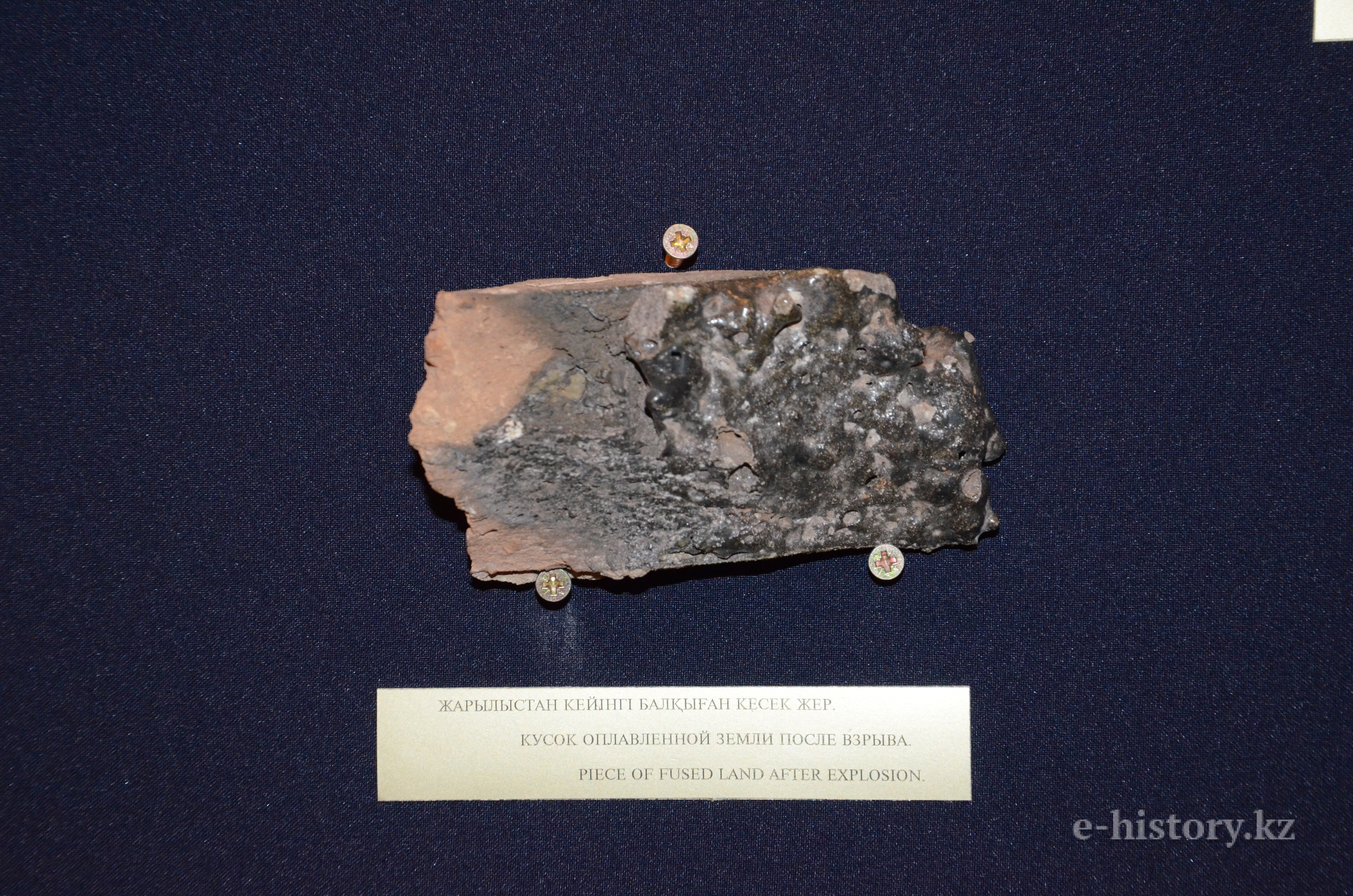 Piece of fused land after explosion 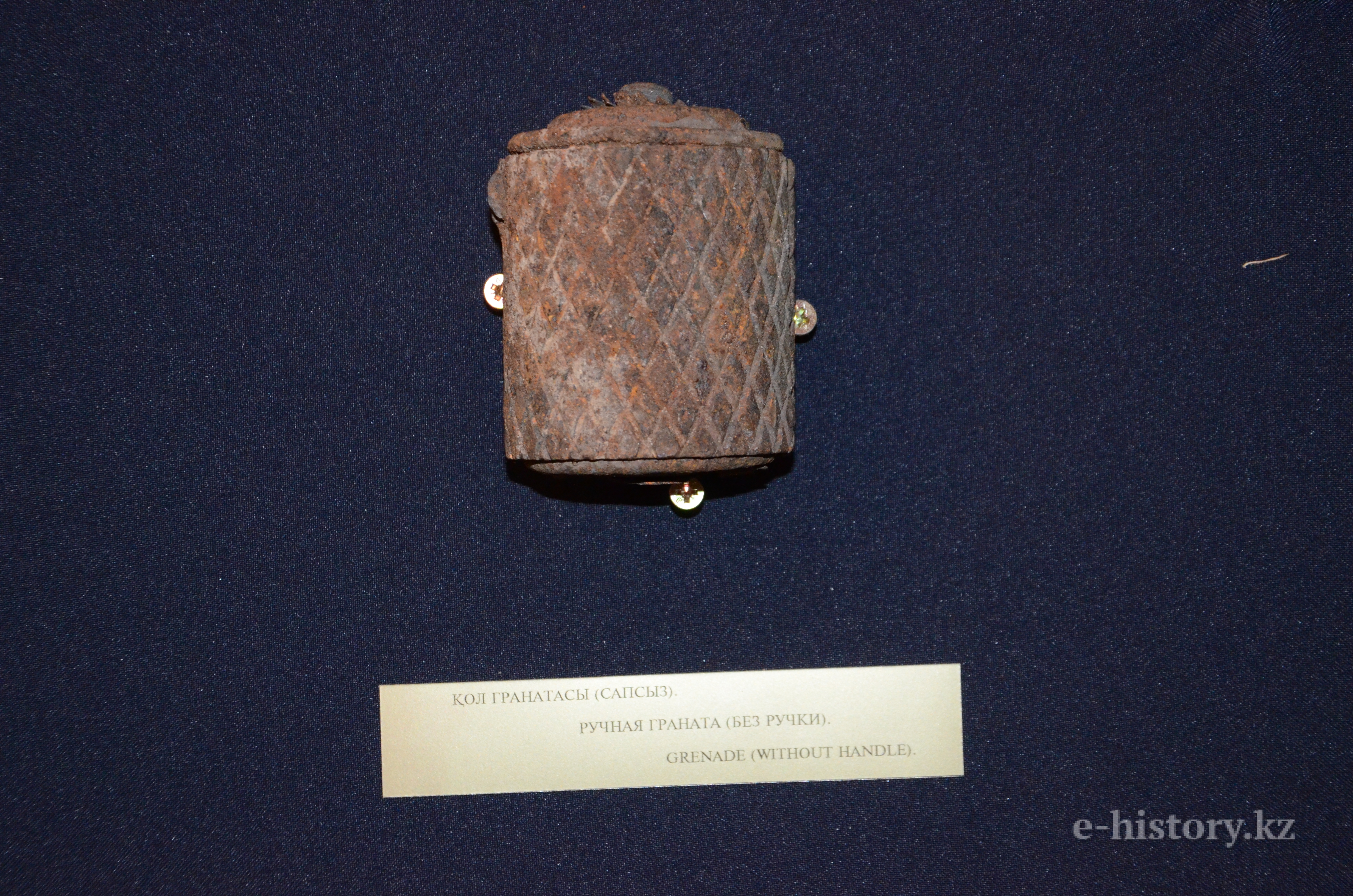 The fourth exhibition dedicated to the work of the police in the postwar years (1945-1968). It was a time when the country was revived after the war, famine and devastation. The fight with crime never stopped. The visitors are able to see pictures of generals of the postwar period, as well as guns, smart bombs, daggers with scabbard and more. 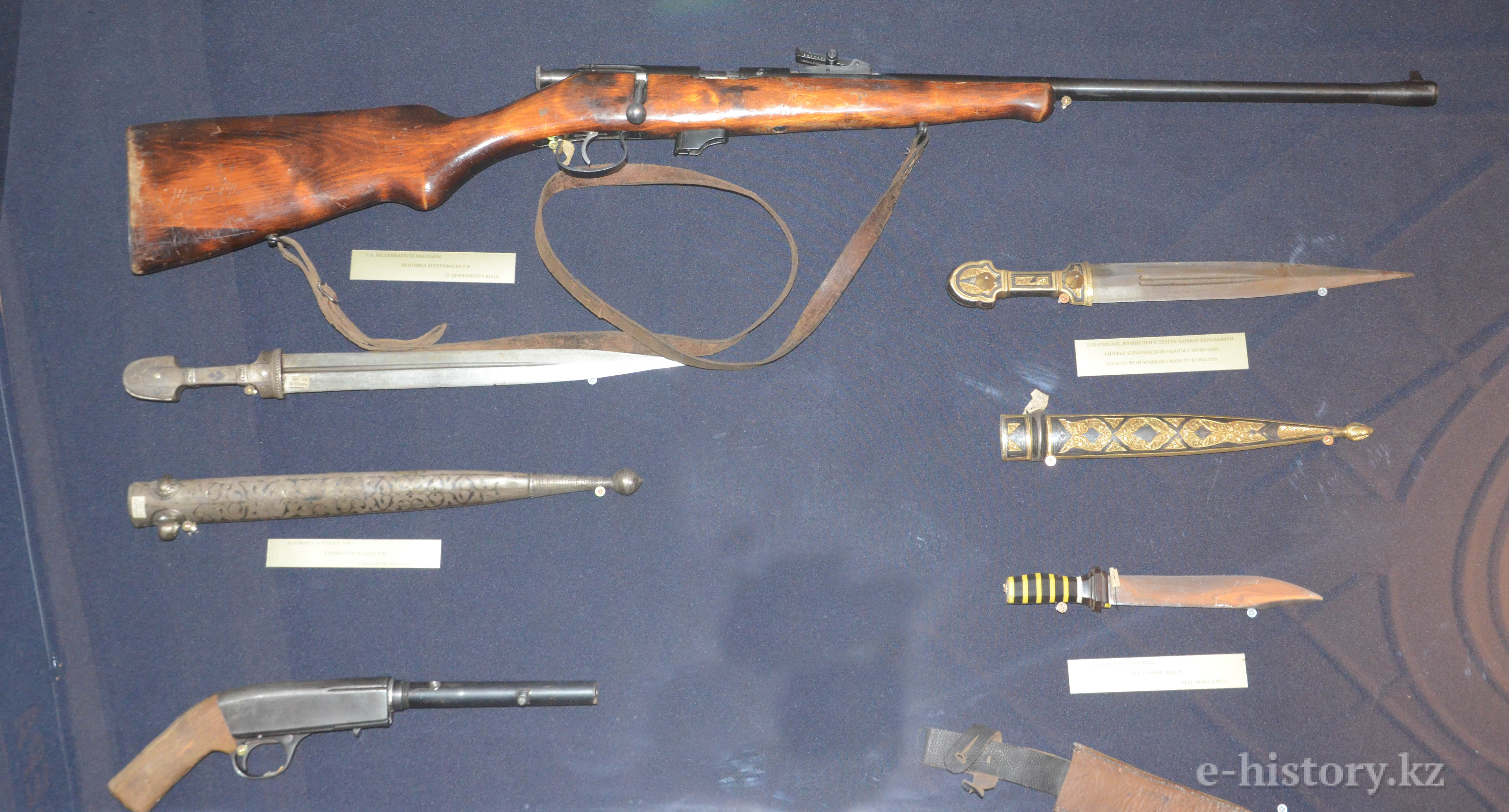 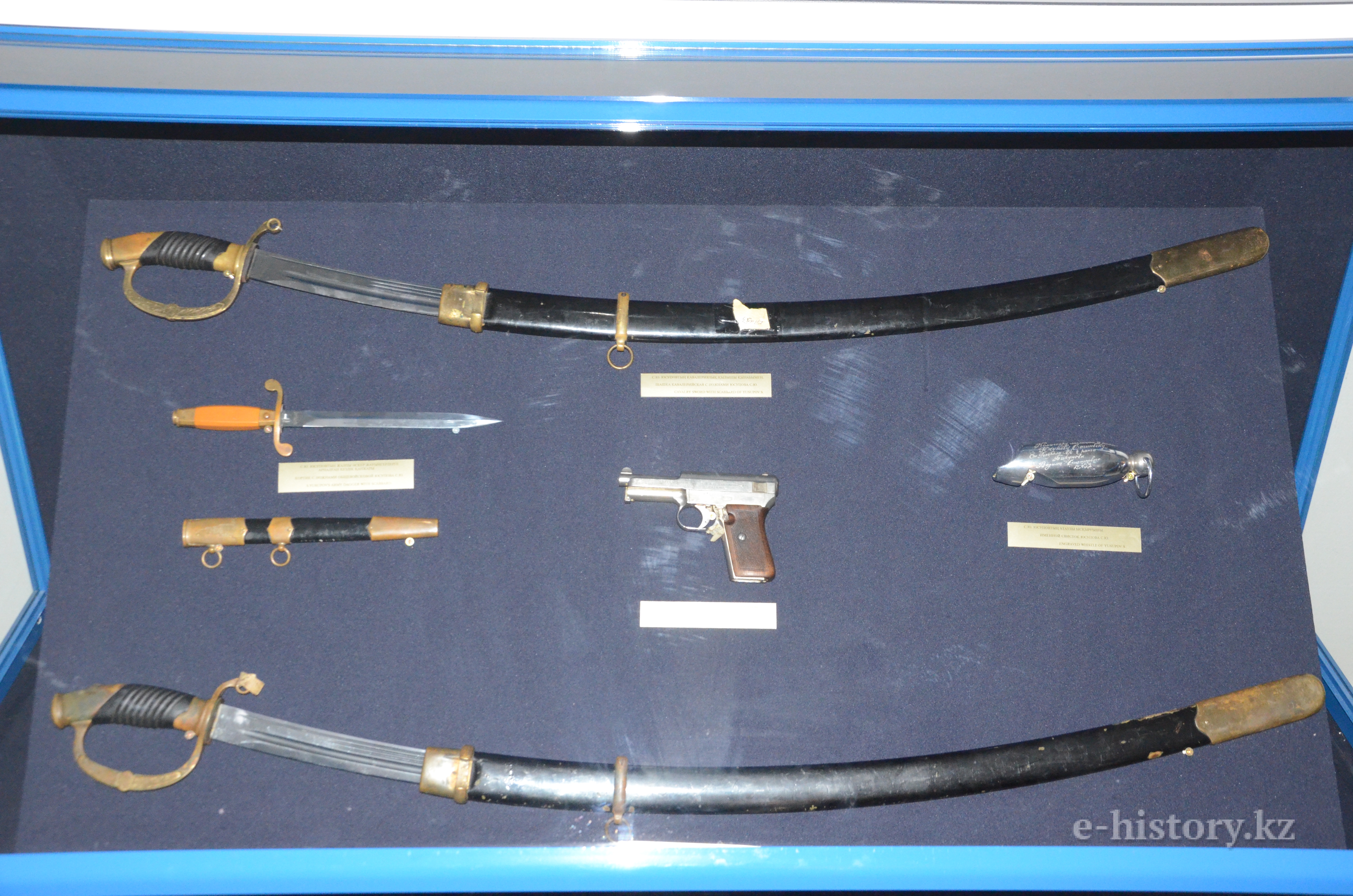 The exposition of fifth hall dedicated to the story of the development of the State Traffic Police, the work of expert-criminologists and on the special unit "Sunkar". 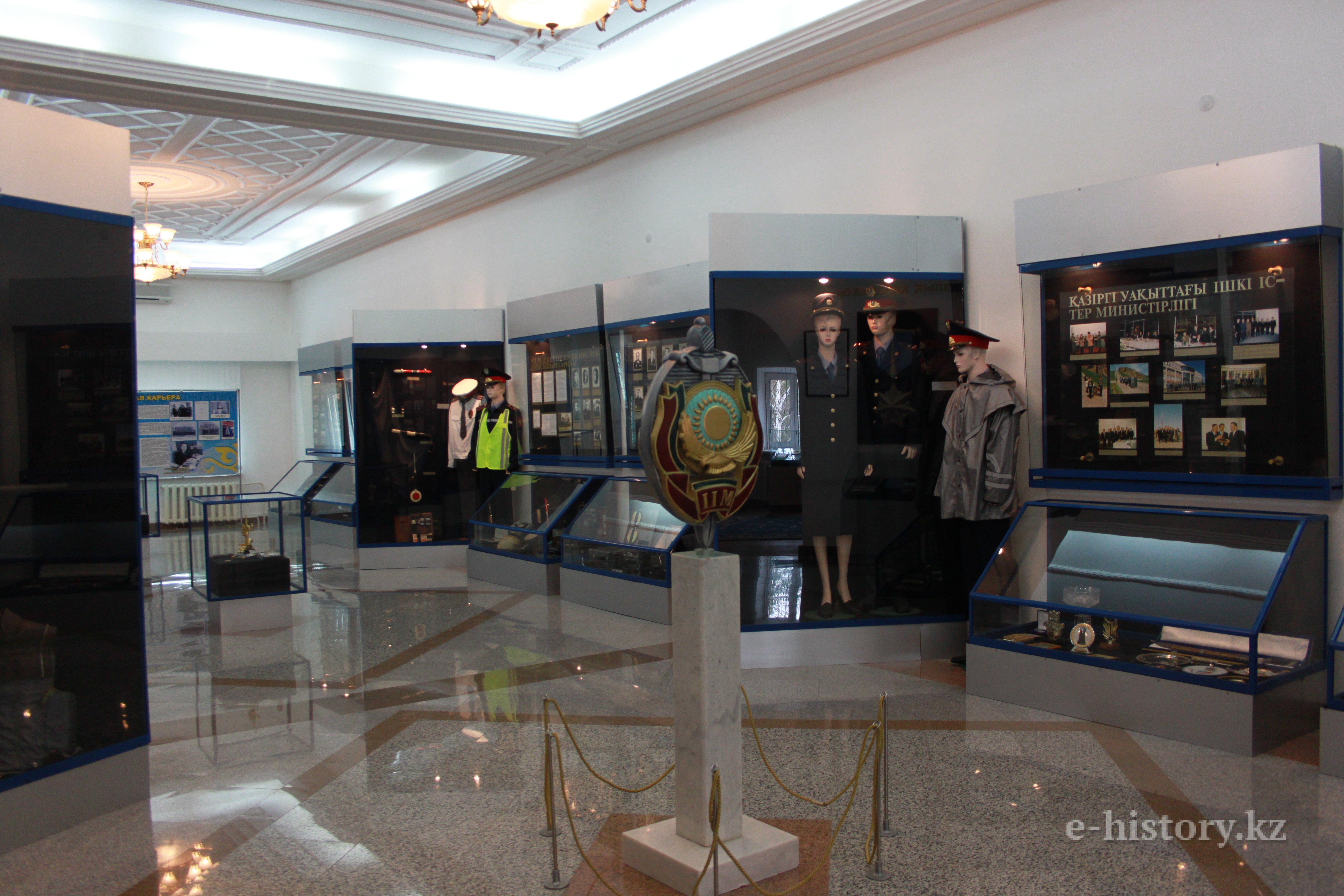 The exposition of sixth hall reflects the main events in the activities of MIA of RK since the redeployment to the Astana.

Here shown the photos of main events of MIA in 1999-2000, state symbols of the Republic of Kazakhstan. As well as the gifts of Warsaw Pact, international delegations of law enforcement of far and near abroad. 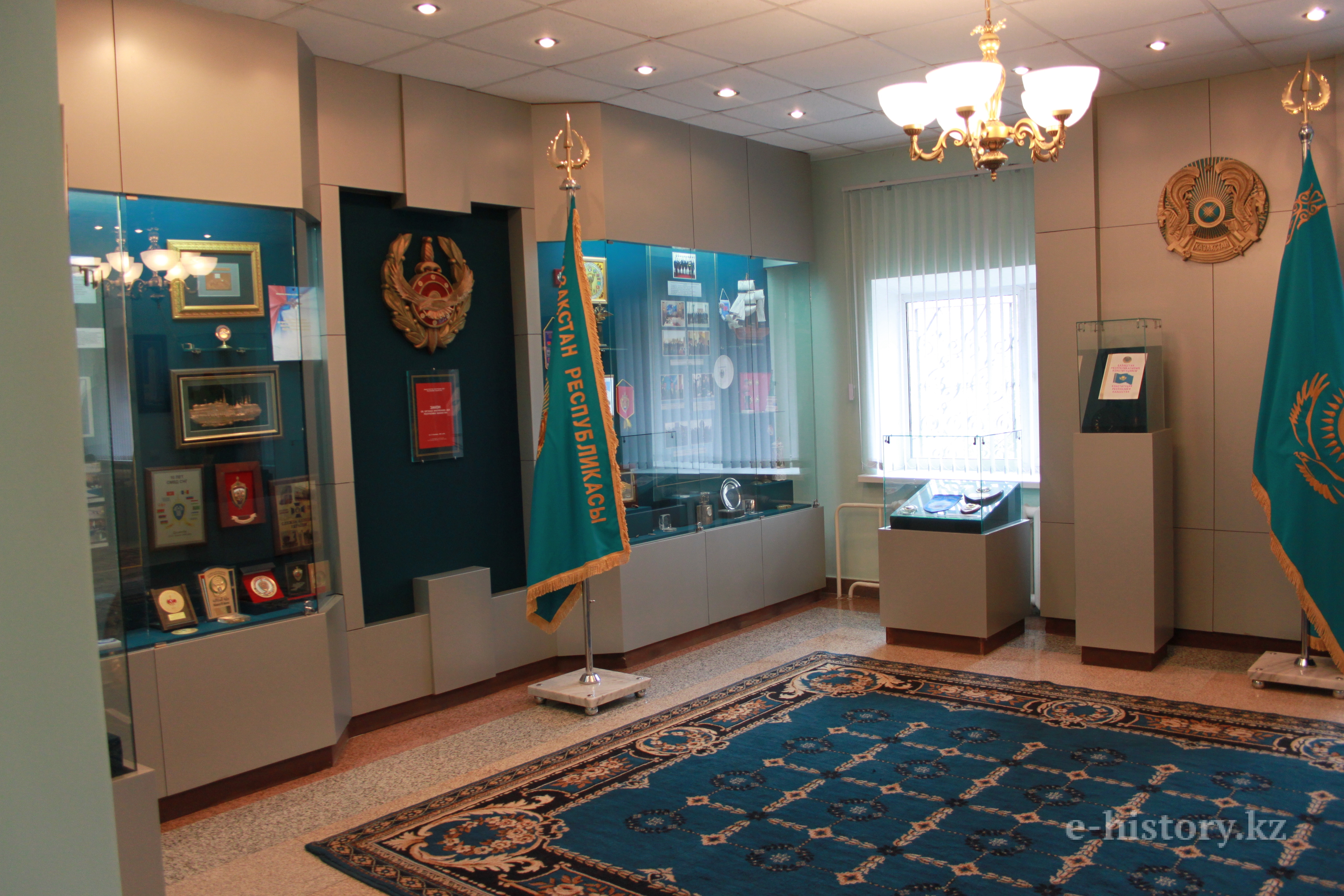 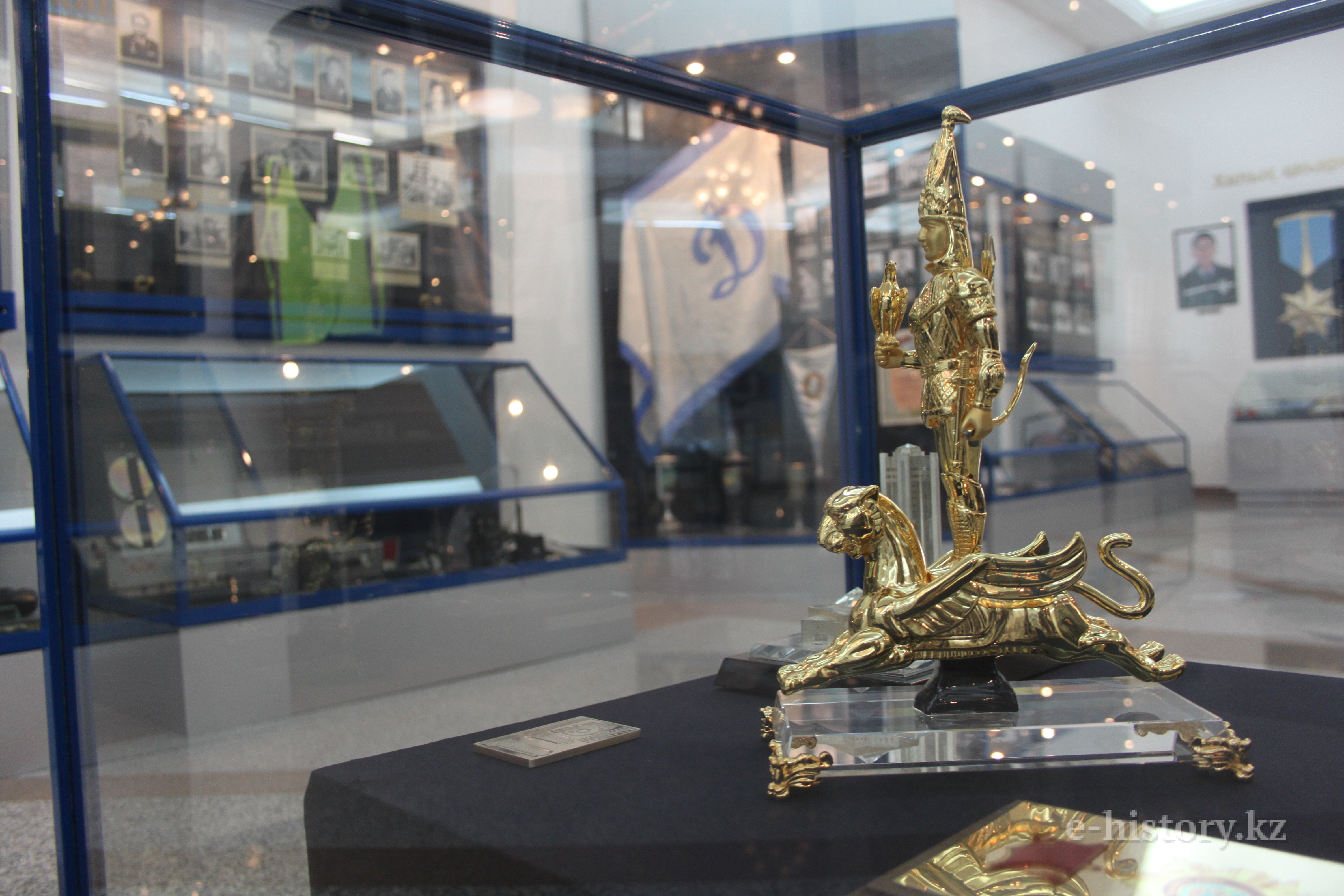 Clean and shine museum showcases, behind of which there is no dust, the sparkle of museum exhibits surprise, inspire and earned respect of visitors. All these things used to fire, smell of gunpowder, perhaps, they have been dripped by blood, wiped his hands. All of these things used to serve someone in the daily military labor...