Home News "Why are we related?" or meeting with the Ambassador of Hungary 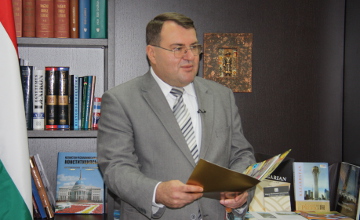 Materials on theme
Yerzhan Babakumarov: "The task of the portal «e-history.kz» is to provide the younger generation with reliable facts about the historical events that were taking place in our country"
A unique exhibition devoted to the art of the Kazakh koshmodeli was opened in Astana
The Shagalaly settlement – monument of ancient metal workers
“Friends is not a choice, they become friends”. An interview with T. Suleimenov