New approaches to the problem of periodization of Kazakhstan’s history 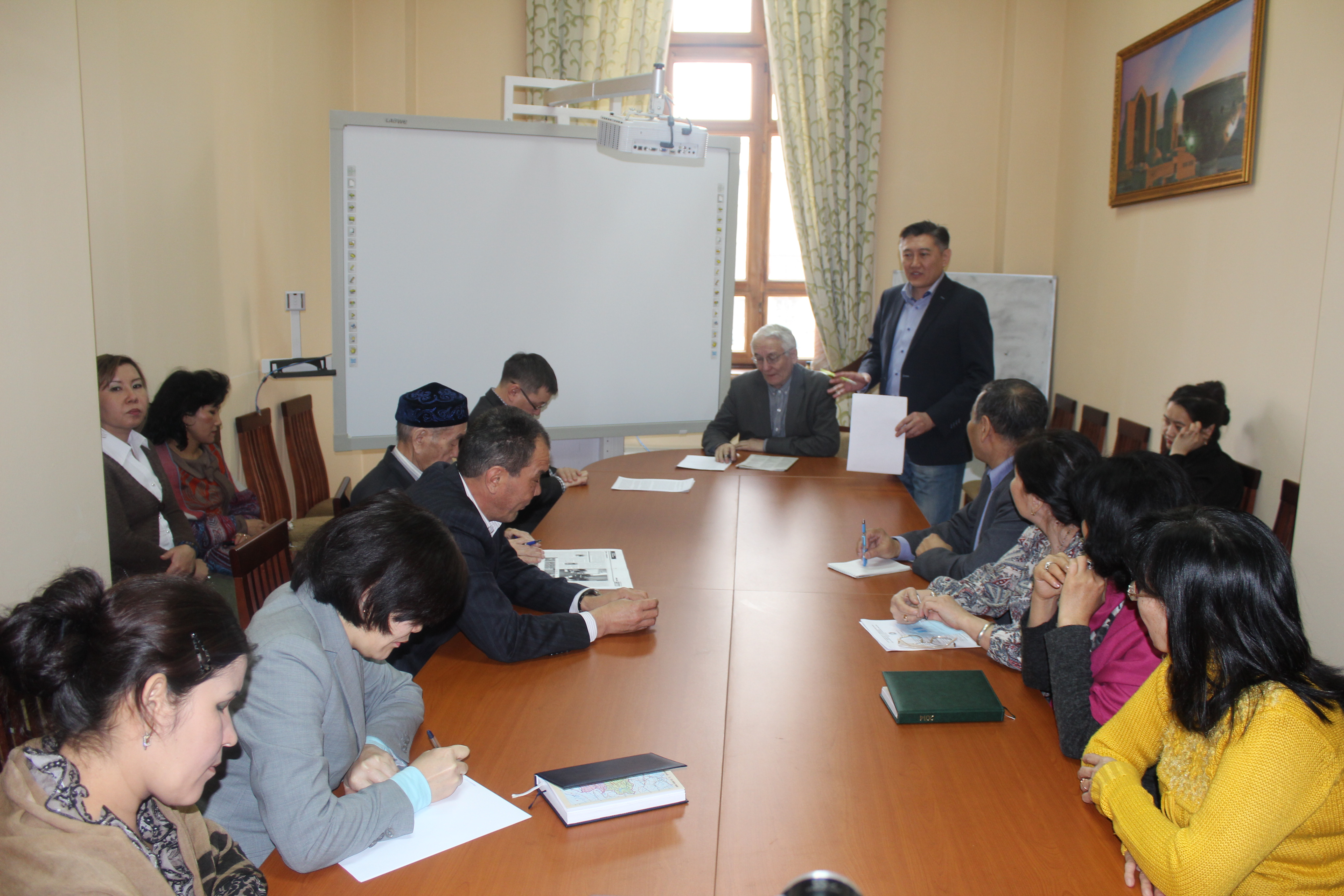 Methodological seminar on «Actual Problems of Periodization of Kazakhstan’s History» was held in the Institute.

Doctor of Historical Sciences Kinayatuly Z. presented to the participants of the seminar his report related to some theoretical and methodological issues of history’s periodization. During his presentation reporter outlined foundations and features of history’s periodization (on the example of works and methodologies of Kant O., Jaspers K., Grinin G.E., Engels F., Vyatkin M.), European concept and Chinese concept «Jun Go» which means «central or median state» («Орталық немесе жер кіндігі мемлекеті»), as well as ethnocentrist theories. 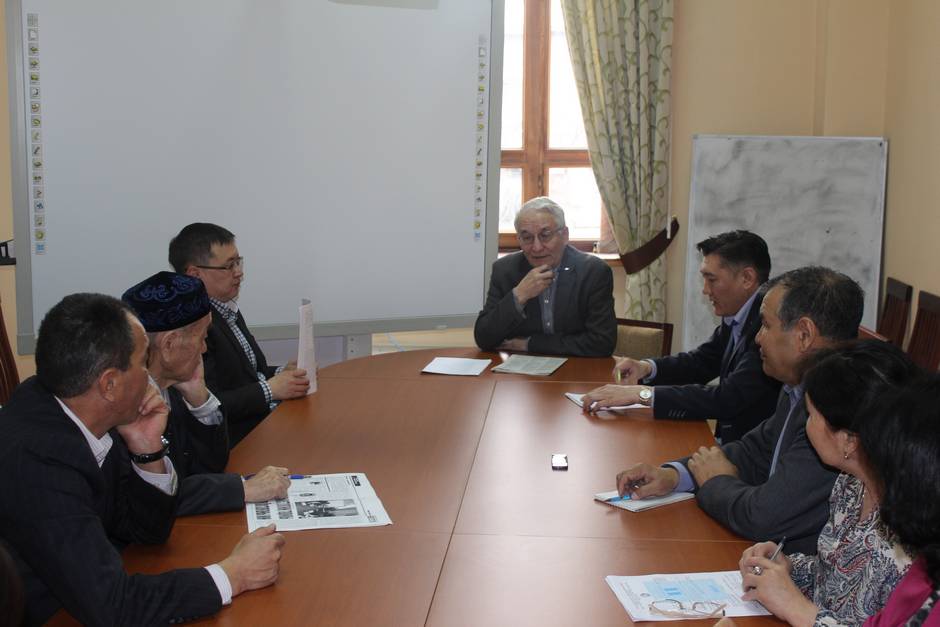 Researcher expressed his opinion that after the series of transformations and system changes the basis of Kazakh statehood formed starting with ancient Turk states and Medieval Mongol Uluses. The scientist also introduced for attendants the features of periodization of Kazakhstan’s history during Independence year, presented the following variant of periodization: 1) ancient history of Kazakhstan; 2) period of Turk states (Saks, Usuns, Kangly until Oguz state); 3) age of Kimaks and Kypchaks; 4) Kazakhstan in the years of Mongol Uluses: Juchi’s Ulus, White Horde; 5) Period of Kazakh Khanate; 6) Kazakhstan as a part of the Russian Empire and the USSR; 7) Period of Independence.

1366–1378 — period of independence. Termination of the process of ethno-political isolation. 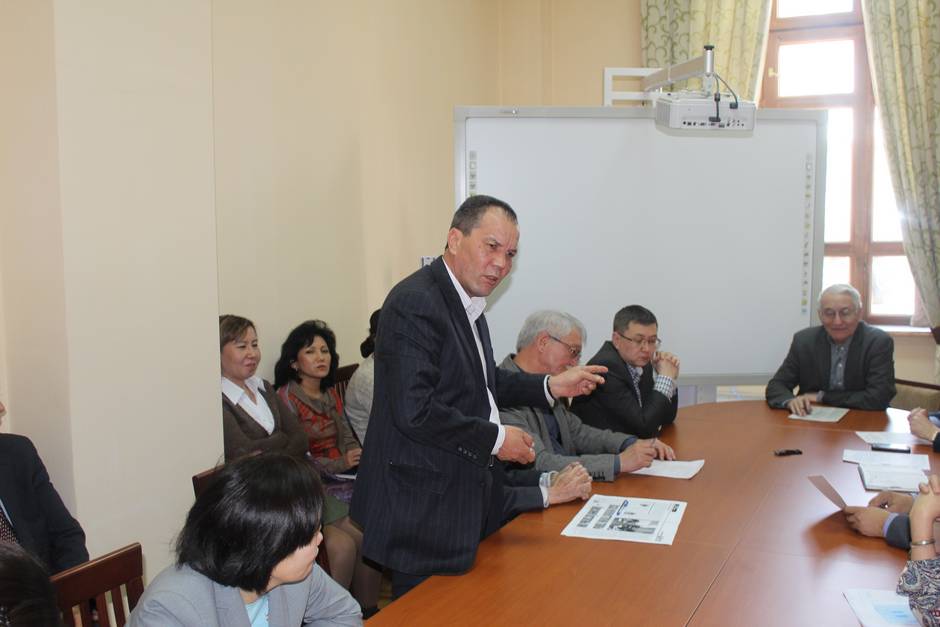 In general, in opinion of scientist, Kazakhstan’s history during XIII–XV centuries is not a one integral stage of historical development; it is divided into the series of relative components which are ethnic, political, social and economic. 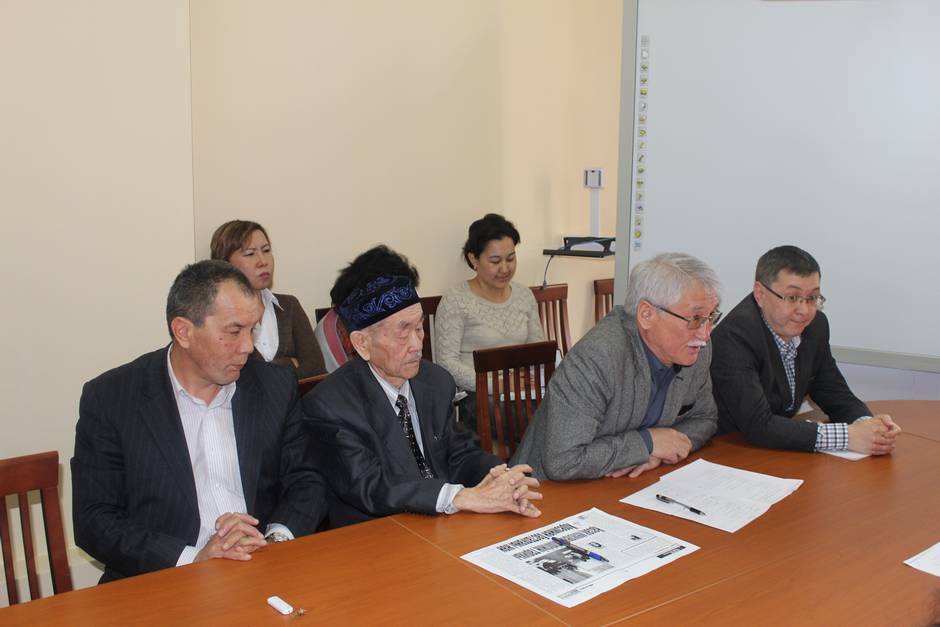 Doctor of Historical Sciences, Professor Azhigali S.E. in his speech outlined that the problem of history’s periodization is very significant nowadays. The scientist proposed to take into consideration ethno-cultural features in periodization. At the same time, in his opinion, despite some limitations of history’s periodization, worked out during the soviet time, soviet methodology has doubtless achievements in the investigation of this question. The reporter marked the importance of adoption of such term as «nomad (steppe) civilization». As a whole, the researcher considers that during the writing of 10 Volumes it is necessary to deal with the issue of periodization seriously.

June 6, 2014
Use of materials for publication, commercial use, or distribution requires written or oral permission from the Board of Editors or the author. Hyperlink to Qazaqstan tarihy portal is necessary. All rights reserved by the Law RK “On author’s rights and related rights”. To request authorization email to mail@e-history.kz or call to 8 (7172) 57 60 13 (in - 1163)
Қазақша Русский English
MOST READ
Month Year
Burial mounds of the southwestern part of the Semirechye region
Union of the Archives and Library
The referendum on the Constitution is a significant stage of democratization
Heroic mothers of the great steppe
Philosophy of the Emblem
14 monuments at Tekturmas
The rural akims: the country's hope is in the elections
Kazakh historical drama Tomiris premiered in Istanbul
Stolypin about the worries and hopes of immigrants to the Kazakh steppes
ALASH IDEA IS THE PROTECTION OF KAZAKH STATEHOOD
A tireless explorer of the Kazakh land
SWITCHING TO THE LATIN ALPHABET – UNITE ALL KAZAKH PEOPLE
Kunaev Dinmukhamed Akhmedovich
People who eat horses will kill you
Kazakhstan's participation in the Winter Olympics has a long history
Materials on theme
First theaters in Kazakhstan
Ethno-Memorial Complex "Map of Kazakhstan "Atameken" celebrates its 13th anniversary
Kazakhstan takes over Victory relay race
The National Bank of Kazakhstan will produce a coin devoted to the 550th anniversary of Kazakh statehood